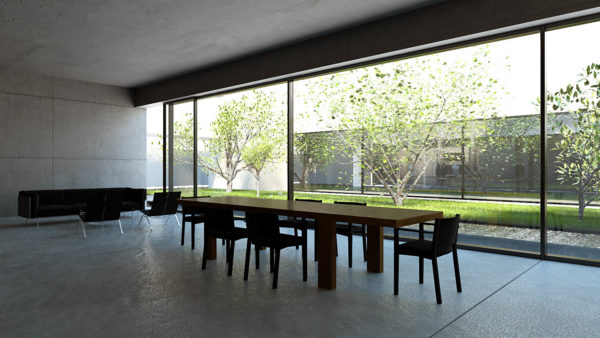 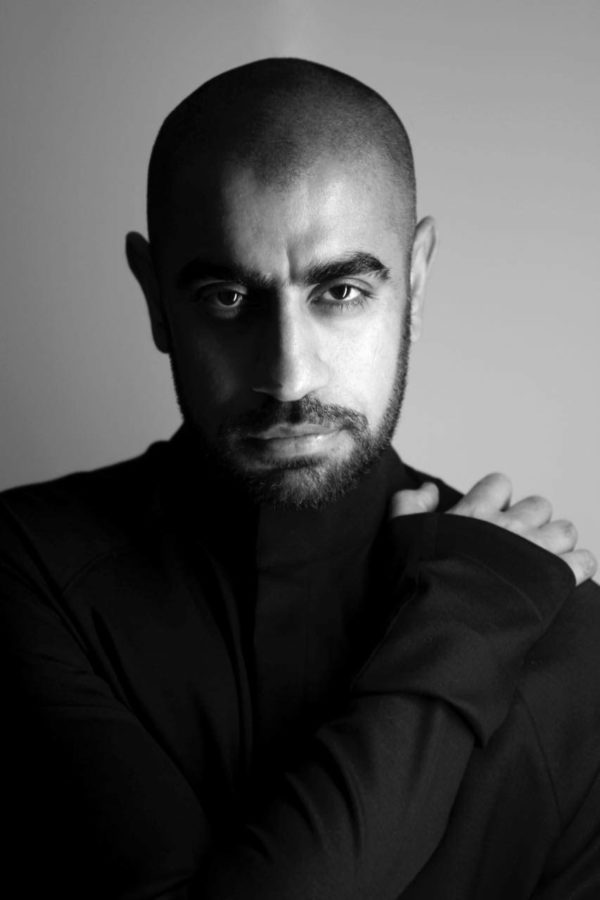 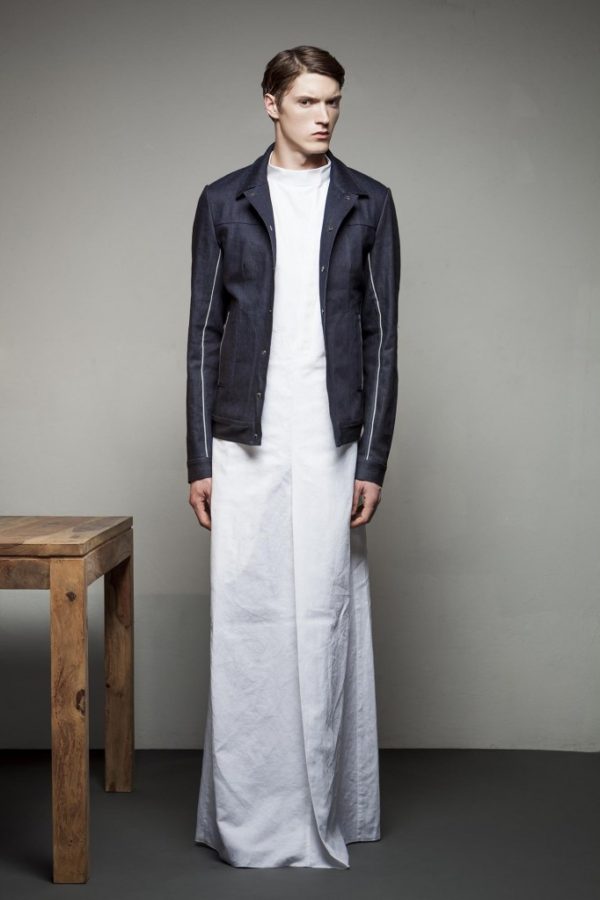 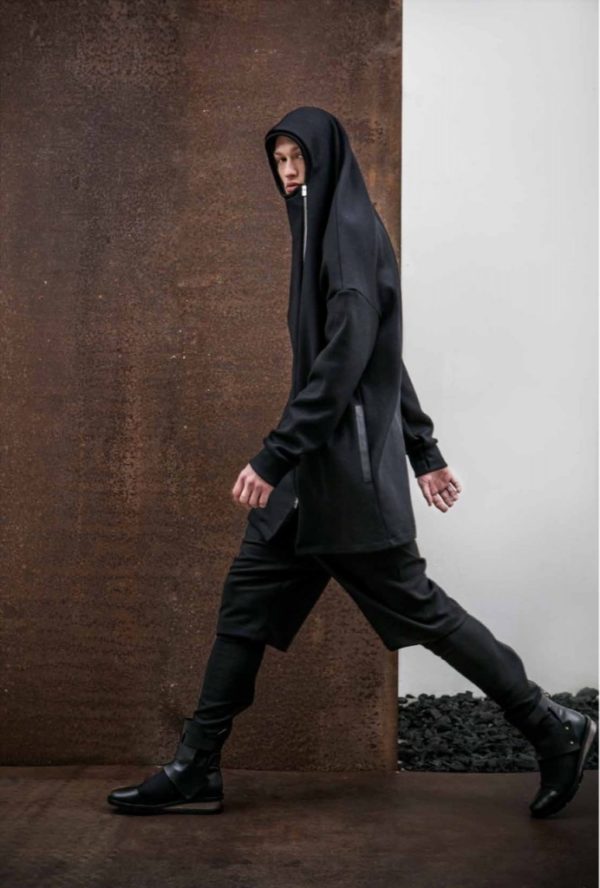 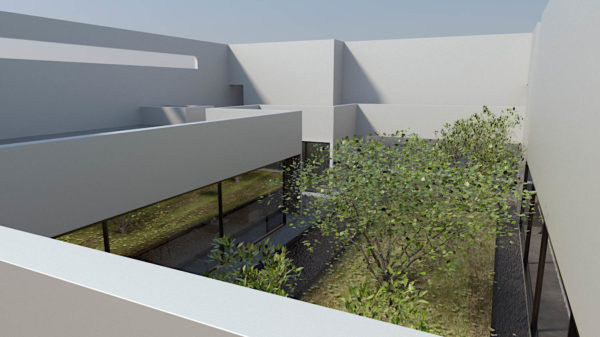 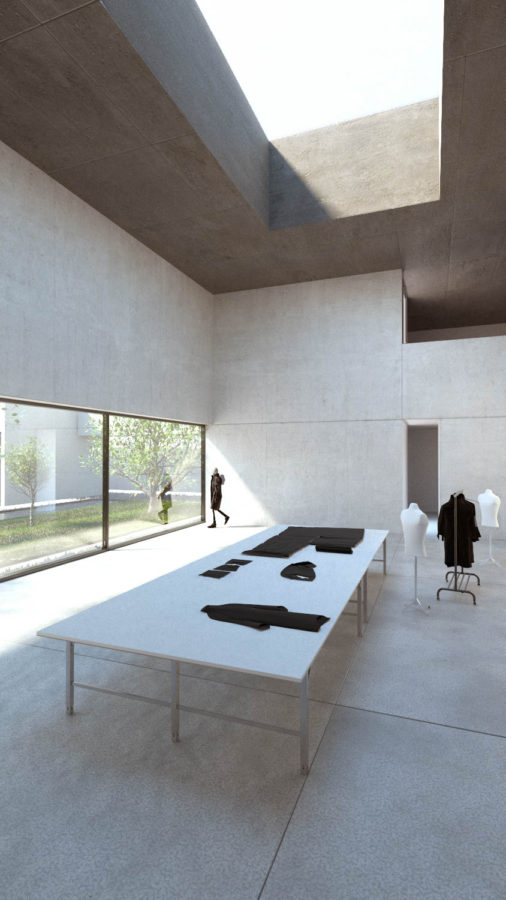 As the powers that be in the United Arab Emirates increasingly turn their attention to fashion, Thamanyah increasingly finds itself in an enviable position of a brand that comfortably straddles the geographical and cultural divide. Abdelrahman has already appeared on the cover of Forbes Middle East, and remains on its list of most influential business leaders.

Having been educated in America and Europe, Abdelrahman began his fashion career in Paris. He was spotted early on by Michele Lamy, Rick Owens’s wife, whom he met at a local Parisian gym nine years ago.

“He was a lot different than he is now,” Lamy told me over lunch the other day. “He was finishing L’Essec [a management school in Paris], but it was clear that he was paying a lot of attention to his style. He looked so chic.” One day Lamy struck up a conversation and they have remained friends since. Lamy has also become Abdelrahman’s mentor. After Abdelrahman invited her to Dubai, she fell in love with the country, its desert, and with the stark white men’s kandoras. She also quickly realized Abdelrahman’s unique position as being comfortable both in the Middle East and the West, and she pushed him to start his own label.

After spending several years in Paris, Abdelrahman moved to Florence in order to be closer to his design and production teams. The evolution of the label continued with Abdelrahman using traditional suiting fabrics in new ways. There are now also elements of streetwear, but there is a finesse and elegance to Thamanyah’s hoodies and shorts that make it all fit within his more formal offerings. Keeping the color palette to a minimum, with black and white punctured by jewel tones, streamlines Thamanyah further.

And now comes the brand’s next chapter with Abdelrahman moving his design studio to his homeland. It is a bold move, but it is also a sign of the times. In the beginning, convincing even his family that Thamanyah could succeed and that fashion is a viable enterprise was an uphill battle for Abdelrahman, Lamy told me. But, things are changing and the UAE is increasingly bidding to become a fashion and cultural hub. “It’s post-petroleum renaissance,” Abdlerahman said.

The UAE has the supreme advantage of not only offering deep coffers, but also and most crucially, government participation. This allows for things like Etihad airline becoming the official partner of the WME | IMG’s 17 fashion weeks worldwide. And for Thamanyah it spells a new opportunity to not only return to Abdelrahman’s native Sharjah, but also to contribute to the region’s fashion industry.

“I am starting an in-house prototyping and production facility for Thamanyah in Sharjah that I and a new business partner will expand to provide the same technical skills to other designer brands in the United Arab Emirates and the MENA region (Middle East and North Africa),” Abdelrahman said. “I have been dreaming of working in my studio at home, and producing in my factory down the street. I am a fan of in-house operations and after moving the distribution part in-house, now it is time that we move production in-house, too. As an Emirati, building the factory in UAE is easier than doing it in Italy.”

There are personal reasons for Abdelrahman’s move as well, a desire to settle after a largely nomadic lifestyle. To show, perhaps to himself as much as to others, that he is committed, Abdelrahman is building a new complex in Sharjah, one that will allow him to live and work in the same space. The building is designed by Mona El-Mousfy, the celebrated UAE architect who has designed the Sharjah Art Foundation. Thamanyah’s new complex is built around a court-yard. It is minimal but inviting, a serene retreat that will enable Abdelrahman to live and work just the way he wants.

As often before, Michele Lamy proved to be instrumental by encouraging the move. She loves the country and she understands Thamanyah’s unique position in fashion. “Dubai and especially Sharja are incredible places,” she said. “Sharjah has the most impressive art foundation. The Arabic culture has such a rich history, and I thought that it’s good for Thamanyah to be where Ahmed’s home is. No one understand the mix of the Middle Eastern and Western couture better than he does.”

“I’ve been doing Thamanyah for five years, and its been five years Michele’s been pushing me to start this factory, so Thamanyah becomes Made in United Arab Emirates,” said Abdelrahman. “Last year Michele confessed that she was disappointed that I did not make the move yet. Michele adores Sharjah and wants to retire here. She’s also joining me in Sharjah for a project that will combine fashion and performance art.”

In order to facilitate this major transition, Abdelrahman will take a break from showing in Paris during the upcoming men’s fashion week. He will be working with stores directly on capsule collections and facilitating reorders, and will create several pop-up spaces in Dubai and Doha. He will also ramp up his custom order business that is increasing with each year as his modernized kandoras are proving to be extremely popular with the Middle Eastern elite.

There is also dissatisfaction with the breakneck speed of fashion that allows little room for exploring new ideas and fine-tuning existing ones.

“The industry’s pace and structure is not ideal for smaller, independent houses, nor adapted to production of smaller quantities, so eventually it is up to us to find a solution to fix it,” said Abdelrahman. “In my case the solution is either setting up in-house production outside of Italy, or continuing doing the same thing, getting the same results and bearing the consequences. My personal attitude, whether in brand management or life in general, is pause when you need to, get yourself organized, come back wiser and more prepared. It also requires putting your ego aside, but that’s another story.”