This past summer a girl in her twenties I know cut her shoulder-length dark hair to military grade shortness, which made her look decidedly less attractive. When I remarked on this to another friend, also in his twenties, he said without hesitation that unattractiveness has become a trend among his peers. You can also see this quite clearly in fashion, especially in the rise of brands as seemingly disparate as Hood by Air, Vetements, Gosha Rubchinskiy, and Gucci, and their calculated ugliness and awkwardness.

This is not a new phenomenon – virtually nothing in fashion is new by now. One need not dig too far back in history, but simply look at the 90s – the decade constantly referenced these days – and see Kurt Cobain’s frumpy cardigans and messy hair and Winona Ryder’s outsider looks. It was only a matter of time before Marc Jacobs put grunge into a Perry Ellis show. Dig before that and you have the Pop Art movement  championing, while at the same time aestheticizing, the commonness of life. Susan Sontag remarked in her essay Notes on Camp that the modern aesthete (she used “dandy”) finds a way to partake “in the coarsest, commonest pleasures, in the arts of the masses.” Jeremy Scott took this notion and has made a career out of this, beginning in the late 90s.

What the above-mentioned brands do is not new either. Hood by Air started out by doing a “ghetto” (in his own words) version of Rick Owens’s sleaze. With Vetements we see the seemingly sloppy blue acid-washed jeans and oversized trench coats reminiscent of Martin Margiela. Vetements’ Demna Gvasalia put a floral dress in his first Balenciaga collection that’s not that far off from the one Kurt Cobain wore on the cover of The Face in 1993. And the whole deliberately awkward aesthetic mess at Gucci is not that remote from the ugly-made-pretty thing Miuccia Prada has been doing at Miu Miu for what seems like forever. 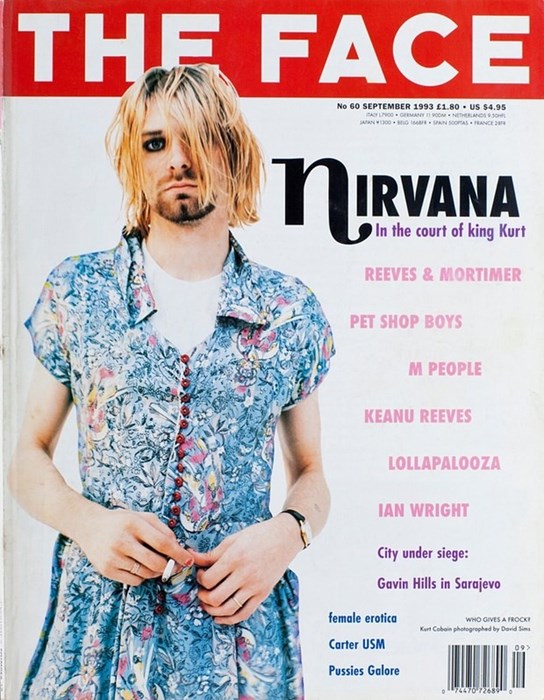 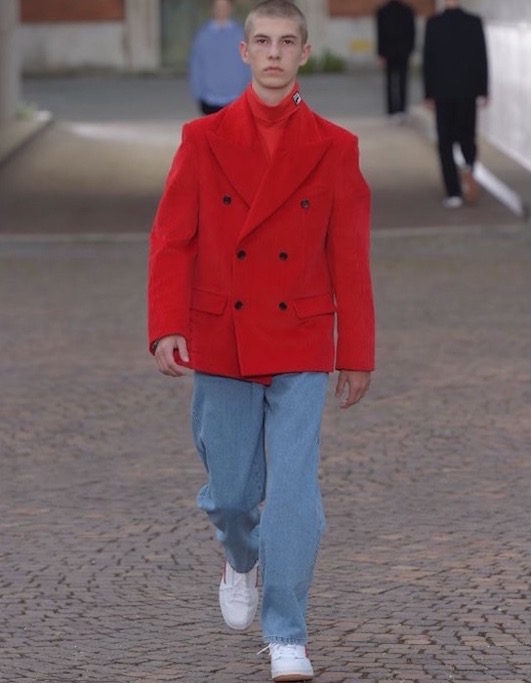 Why does this look fresh to so many people, especially those in their 20s? It could simply because they were too late to the 90s party, or even the one of the last decade when Jun Takahashi at Undercover showed more than one collection titled But Beautiful, and now it’s their turn to reinvent the wheel.

Which is not to say that the current popularity of the fashionably ugly is not unique at all. One thing that is different in the current fashion cycle is the rise of streetwear and its unequivocal acceptance as fashion. So, Gosha Rubchinskiy’s riff on the Russian “gopnik” style is very different from the glamorous gangster rap fantasy that Gianni Versace dipped into in the 90s. If putting denim on the runway in that decade seemed daring, today denim seems positively posh next to the sweatpants that are the next frontier in the casualization of fashion. Pajama bottoms will probably be next, only that’s what plenty of kids wore to high school in the 90s suburbia.

What is the purpose of all of this? “It’s supposed to offend white, middle-age males like you and me,” Rick Owens told me in a recent conversation. “They missed on that generation of Martin Margiela and Helmut Lang and now they are doing it their own way.” Though as a 39-year old who grew up in the Soviet Union I am neither far in age nor origin from Rubchinskiy and Gvasalia, offending some authoritarian straw man of taste makes sense. If indeed there is a need for rebellion in every teenager, the scope of rebellion in the age where parents let their kids smoke weed and have sex in the comfort of their home has narrowed considerably. Increasingly, the only available avenue for rebellion is to do something or wear something that your parents would never understand. “You don’t get it” is still satisfyingly provocative if not exactly confrontational. 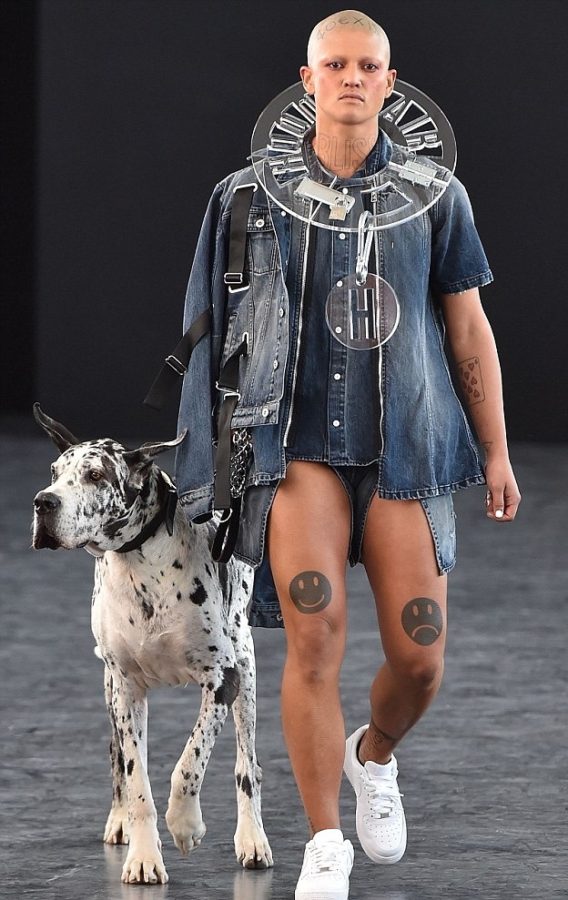 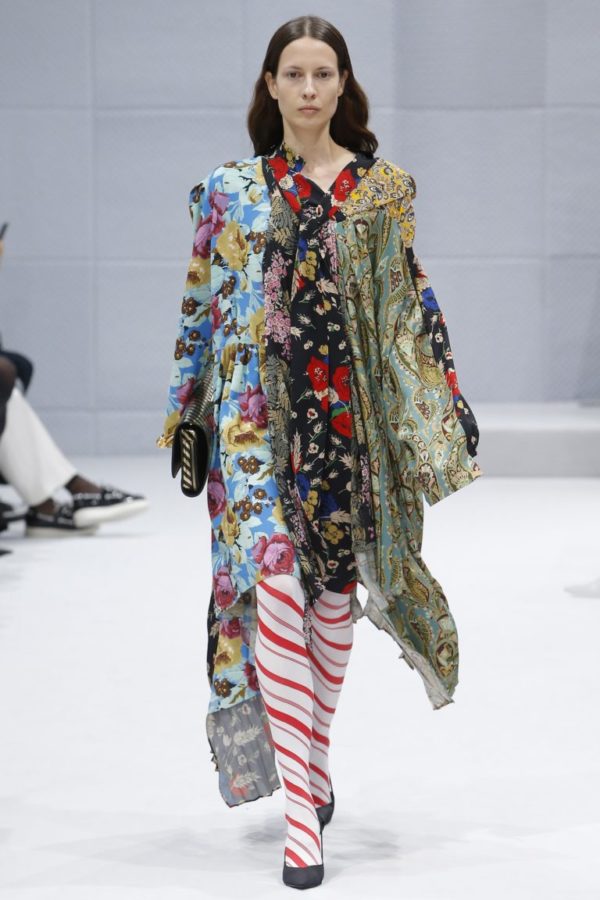 The kids take their clues not only from the clothes but from the visual universes these labels create. With Hood by Air the ideal is one of freakishness, represented by someone like Boychild or Ian Isiah. With Rubchinskiy it’s the dispiriting grayness of post-Soviet urban jungle. With Vetements it’s a carefully curated offness that does not necessarily come from a certain time and place but is evident in the looks of its poster boy Paul Hameline or its stylist Lotta Volkova. Both Shayne Oliver at Hood by Air, and Demna Gvasalia at Vetements and Balenciaga use the Belgian makeup artist Inge Grognard, who has put highly unconventional (and since much imitated) makeup on Margiela’s models since his first Paris show.

What will come next? Probably the same thing that the cyclical nature of fashion demands. First, the aesthetization of ugliness. These ideals will be polished, defanged, and dished out to the masses. Celine Dion already wears Vetements. How do you subvert that?

The calculated ugliness will be turned into misguided gestures like the bejeweled Crocs that Christopher Kane just showed in London. The above-mentioned creators will probably move on to something else. Maybe they will grow into making their sleaze elegant, the way Helmut Lang and Rick Owens have done. Maybe their muses will go from grunge to glam the way Courtney Love has (in her book No Logo, the author Naomi Klein called her “the decade’s most spectacular sellout”). One thing is fore sure – just like each generation of tweens needs its own version of The New Kids on the Block, each generation of young fashion fans needs something that is uniquely theirs, regardless of whether it’s a riff on the past. Perhaps they need oversized hoodies with the faux-ironic Vetements logos the way I needed Raf Simons sweaters with Joy Division patches. Time will show. 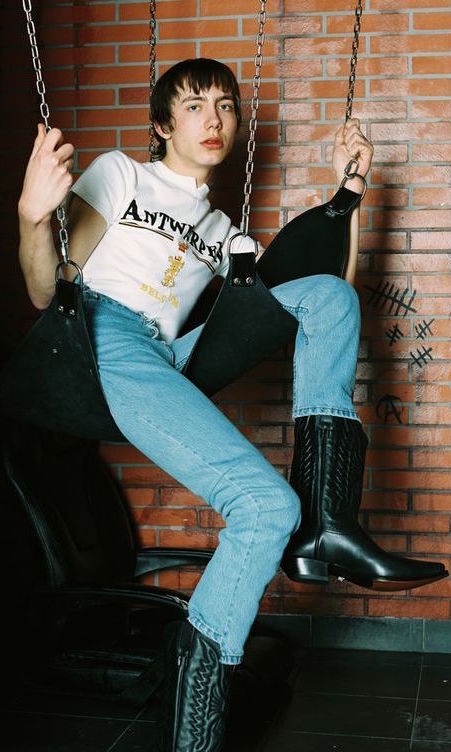 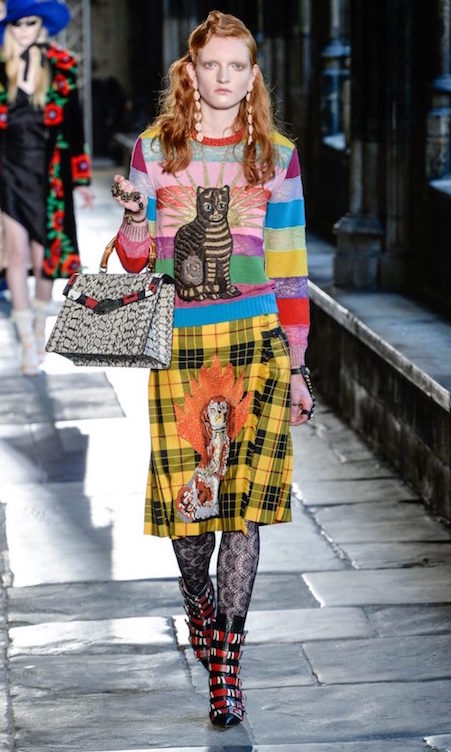