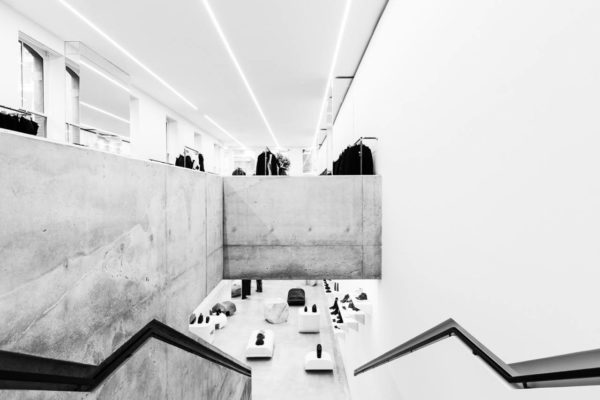 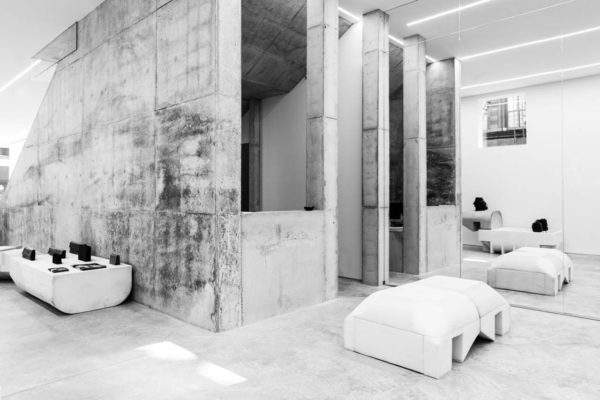 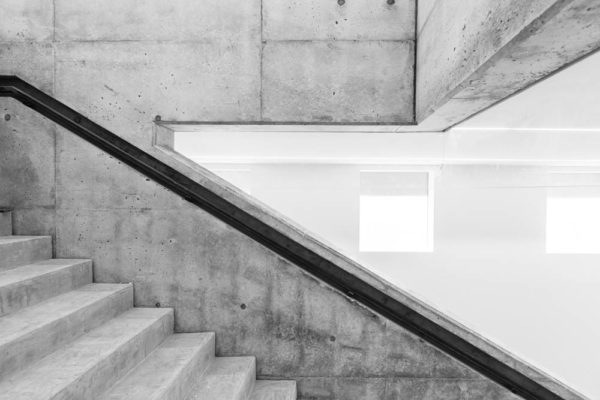 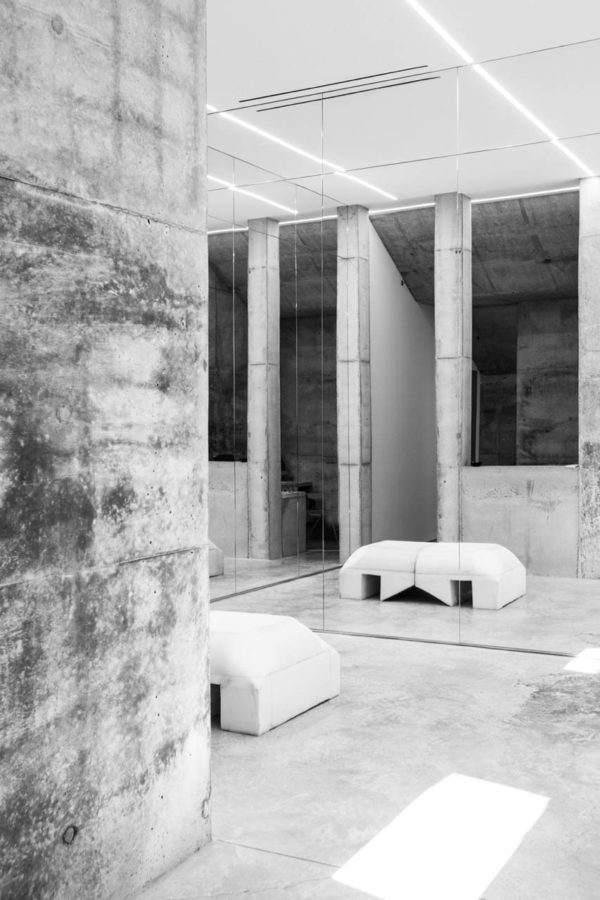 On a recent afternoon I got to tour the boutique with Michele Lamy, Rick Owens’s better half (his words). The salespeople, some transferred from other Rick Owens store locations in order to launch this shop, milled about as customers ranging from hardcore Owens fans to middle-aged men in loafers checked out the new collection. As Lamy and I sat chatting on the monumental gray concrete staircase that bridges the shop’s two floors, customers stopped by to say hello and express their admiration. A young kid in a Vetements hoodie, cut off shorts, and an S&M collar who was visiting from Boston almost fainted from excitement at Lamy’s suggestion that they take a picture together. “I saw you in the FKA twigs video,” he chirped, “What’s your name?”

The 8,000-square foot shop is painted minimalist white, with a poured concrete floor. Rick Owens has been very hands-on in designing his previous boutiques, but this time he handed the reigns over to Lamy. The new space is lighter and less severe, with the aforementioned white replacing Owens’s familiar gray palette. The bottom floor is given over mostly to shoes, bags, and accessories set amidst a series of new furniture pieces by Lamy (though the furniture carries Rick Owens’s name, it’s really Lamy’s project).

The centerpiece that ties the floor together is a 1.5-ton crystal slab exported from Pakistan – Lamy told me it’s the biggest one in the US. Carved and polished, the slab is simultaneously simple and magnetic. There is also an impressive “totem” – a tall pole made of steel, glass, and crystal that would probably make Kubrick change his mind about the black one he used in Space Odyssey 2001, and some seating made from concrete and foam (yes, foam, you need to see it to believe it).

The second floor is occupied by the racks of clothes and mirrored changing rooms. A big concrete vase sits in the middle. Everything is lit up by track lighting inset into the ceiling. As we continued talking, Lamy’s friends who run the culinary club Ghetto Gastro stopped by, and so did her on-and-off sparring partner, the film director Katya Bankowsky. Soon they were all off for a photo shoot in a boxing gym that Lamy frequents when she is in New York (shadowboxing is her favorite exercise). I stayed at the shop for a bit, taking it all in. Needless to say, it’s worth a visit.

All images Courtesy of Owenscorp