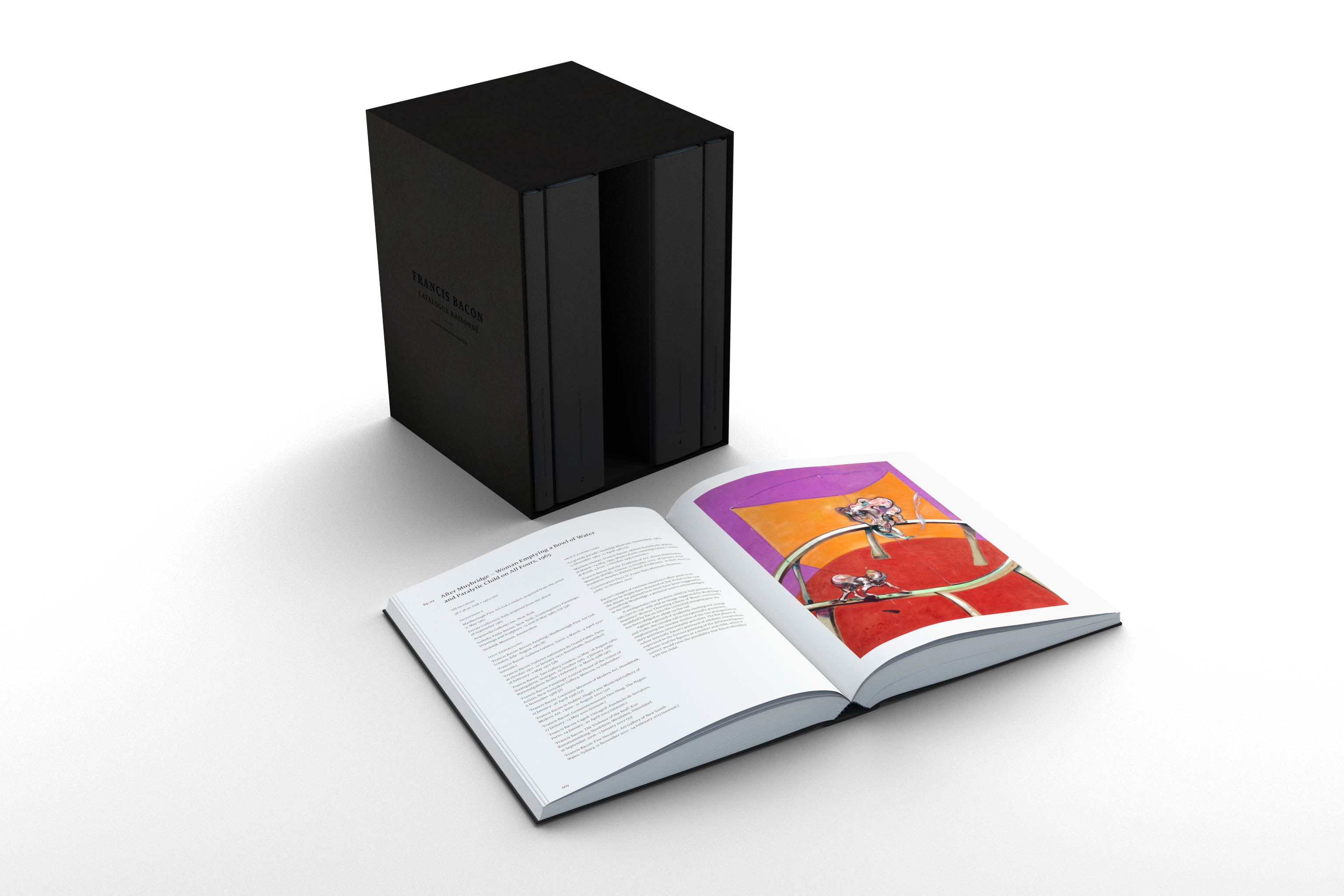 This compendium totals 1556 pages and features 800 full color illustrations of the 584 known Bacon’s works, a hundred of which has never seen the printed page. This exercise in art scholarly masochism comes courtesy of Martin Harrison, a British art curator who devoted over a decade of his life to putting together Bacon’s oeuvre for this monograph.

The catalog of the works itself is arranged in chronological order and each painting comes with notes on its creation, themes, and exhibition history. It begins with the earliest Bacon’s work of the 30s, before he developed his hallmark twisted style beginning with the 1944 triptych Three Studies for Figures at the Base of a Crucifixion, a painting that has become so fundamental to his work and to modern art at large. (Bacon would go on to repaint the triptych in 1988.)

To flip through this monograph is to immerse yourself into Bacon’s macabre world. And it is a world, not only because of Bacon’s artistic mastery, but also on his insistence to revisit the same themes of existential anguish that bled out of him in what has become his signature crimson color and the way he blended it with black. The deformities of the soul became the deformities of the body under his brush. He sugarcoated nothing and amplified everything. Many a time Bacon would return to religious themes as the base of much of the human suffering, depicting popes with meat carcasses, and painting more of his twisted triptychs (I can’t help but wonder about what he would make of our media celebrating the Pope today). His bon-vivant nature coupled with his homosexuality of which England was less than accepting at the time (the specter of Oscar Wilde’s trial for sodomy still loomed large) also provided constant fodder for anguish and pain both emotional and physical (one of Bacon’s early partners would get drunk and beat him senseless). His long time lovers George Dyer and John Edwards were his constant subjects, disfigured by love and hate on canvas.

I spent about two hours flipping through the book, but one would probably need a good week with it to get the full appreciation for the immensity of Bacon’s achievement. The only drawback of this jaw-dropping compendium is it’s equally jaw-dropping price. But if you have $1,500 to spend, it might be worth not adding a tenth leather jacket to your closet, and buying this instead.

Francis Bacon: Catalogue Raisonné (D.A.P. $1500). All images are courtesy of the publisher and the estate of Francis Bacon 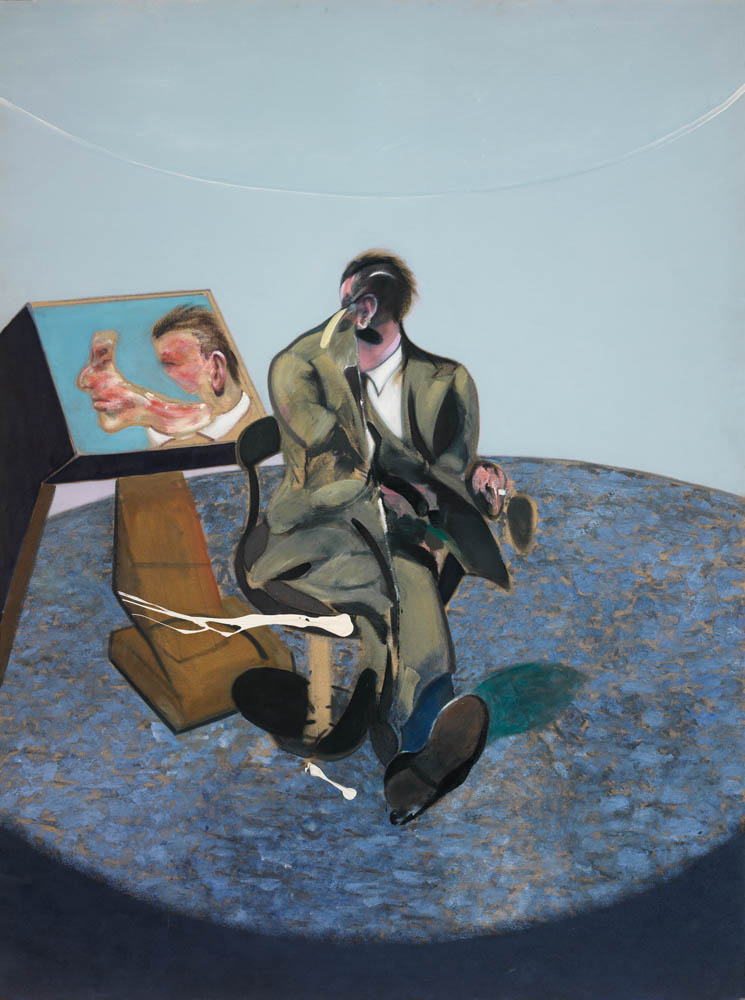 Portrait of George Dyer in a Mirror 1968 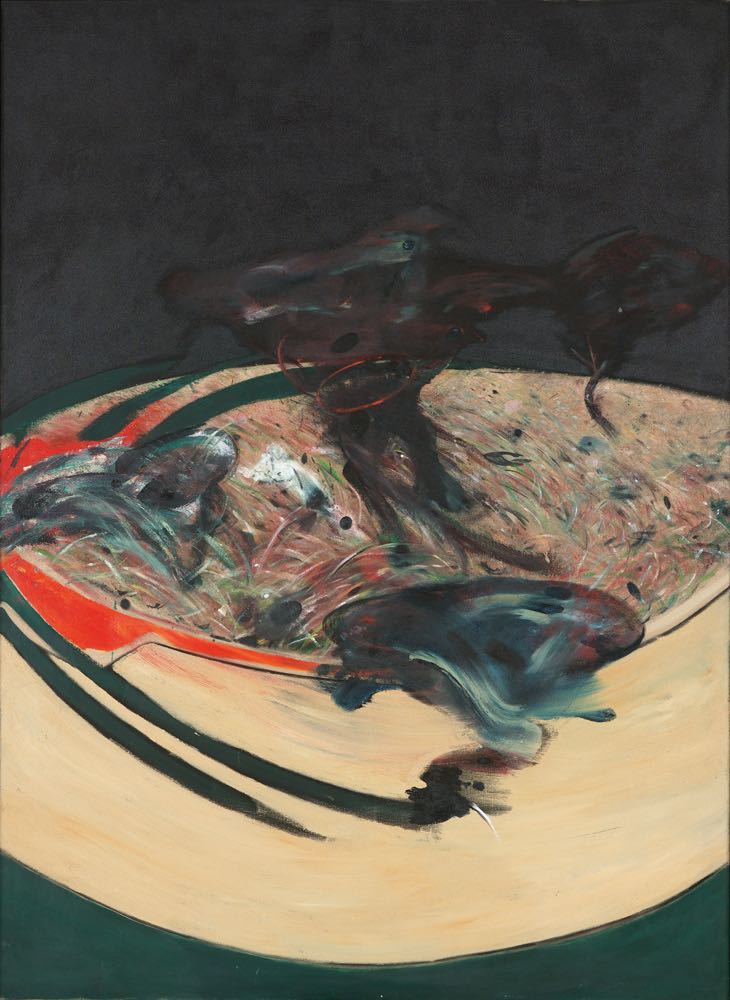