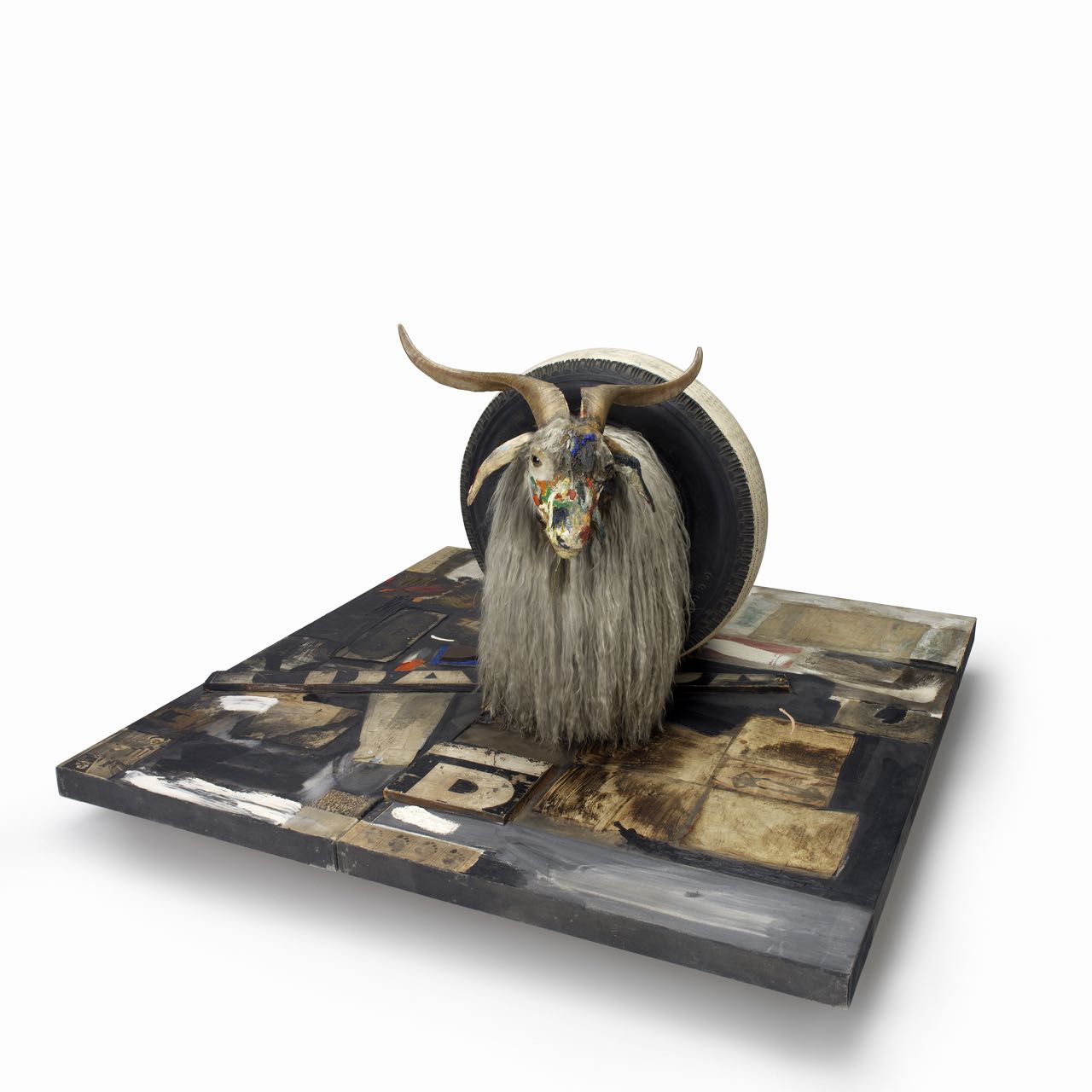 If art is supposed to reflect the world around us, then the American artist Robert Rauschenberg is an artist par excellence. Rauschenberg was one of the most important artists in the burgeoning, energetic New York art scene of the mid-2oth Century. His ability to gather materials from the dilapidated, grim streets of New York and morph them into art remains unparalleled, and his  influence on the likes of Andy Warhol, who was heavily influenced by Rauschenberg’s silk-screening techniques, is undeniable. Rauschenberg passed away in 2008, and we are now finally treated to his first posthumous retrospective courtesy of Tate Modern in London. Rauschenberg began his career while Abstract Expressionism was all the rage (and if you are in London you should also visit the excellent overview of Abstract Expressionism at the Royal Academy of Arts to get a sense of continuity), and early on he was blessed to work alongside artists like Jasper Jones, John, Cage and Cy Twombly, and the choreographer Merce Cunningham. Rauschenberg was influenced by Jones in particular in his decision to use the stuff of life as material for art. He quickly put a stake in his Abstract Expressionist experiments by creating Erased de Kooning Drawing 1953 – which literally is an erased de Kooning painting – essentially giving himself, literally and symbolically, a blank canvas to reconsider what art is (that de Kooning agreed to it still remains somewhat of a shock).

Rauschenberg’s breakthrough came soon after that when he began to create what he called Combines – art works combining materials he scavenged on the streets. These followed the spirit of Duchamp’s readymades, but Rauschenberg went further than Duchamp’s simplicity of expression allowed him. Silk screening scraps of newspapers and posters into collages became Rauschenberg’s staple, and so was combining  the two-dimensional painting with three-dimensional objects. The most famous of the combines is Monogram (1955-59), a taxidermied Alpaca goat with a tire around its waist, standing on a silk-screened painting, which features prominently in the exhibit.

The exhibit is organized in more or less a chronological order, which is perfect for an artist who went through various stages – there was fascination with photographic prints, silk screening, extensive collaboration with Merce Cunningham, sometimes with works created in real time as Cunningham’s dancers trouped around, an idea of interactive art, in which the viewers were encouraged to tune a radio embedded in a painting to any station they wanted (needless to say, you should not try that now), and so on.

Rauschenberg never let up and his career was long and prodigious, but the exhibition is merciful on the viewer, thanks to its careful curation. Most of the major works are there, including Almanac and Retroactive II,  a silk-screened painting with an iconic image of JFK.

P.S. Dismayed New Yorker art aficionados; have no fear – the exhibit will travel to MoMa next year after it completes its run at Tate Modern. 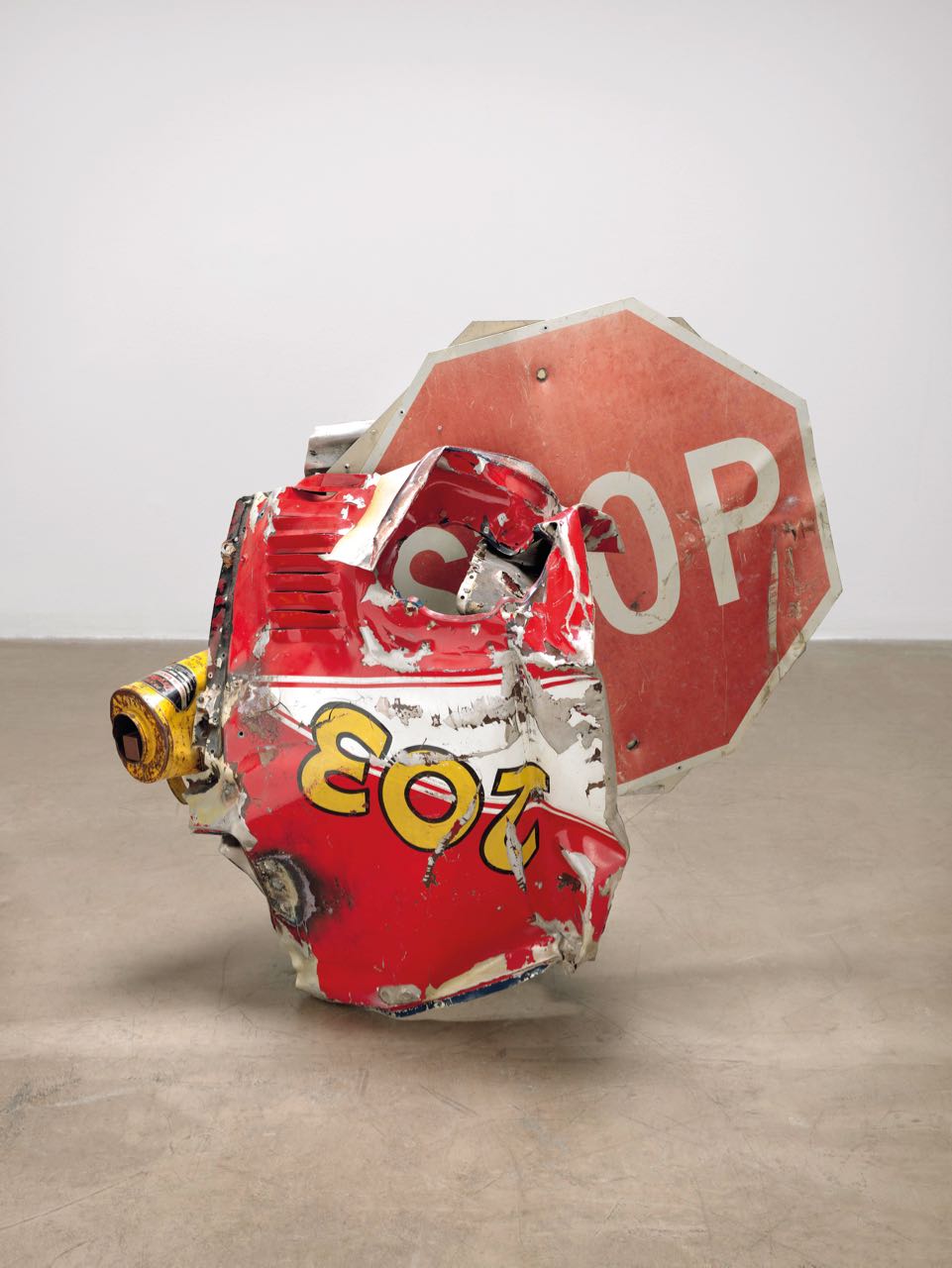 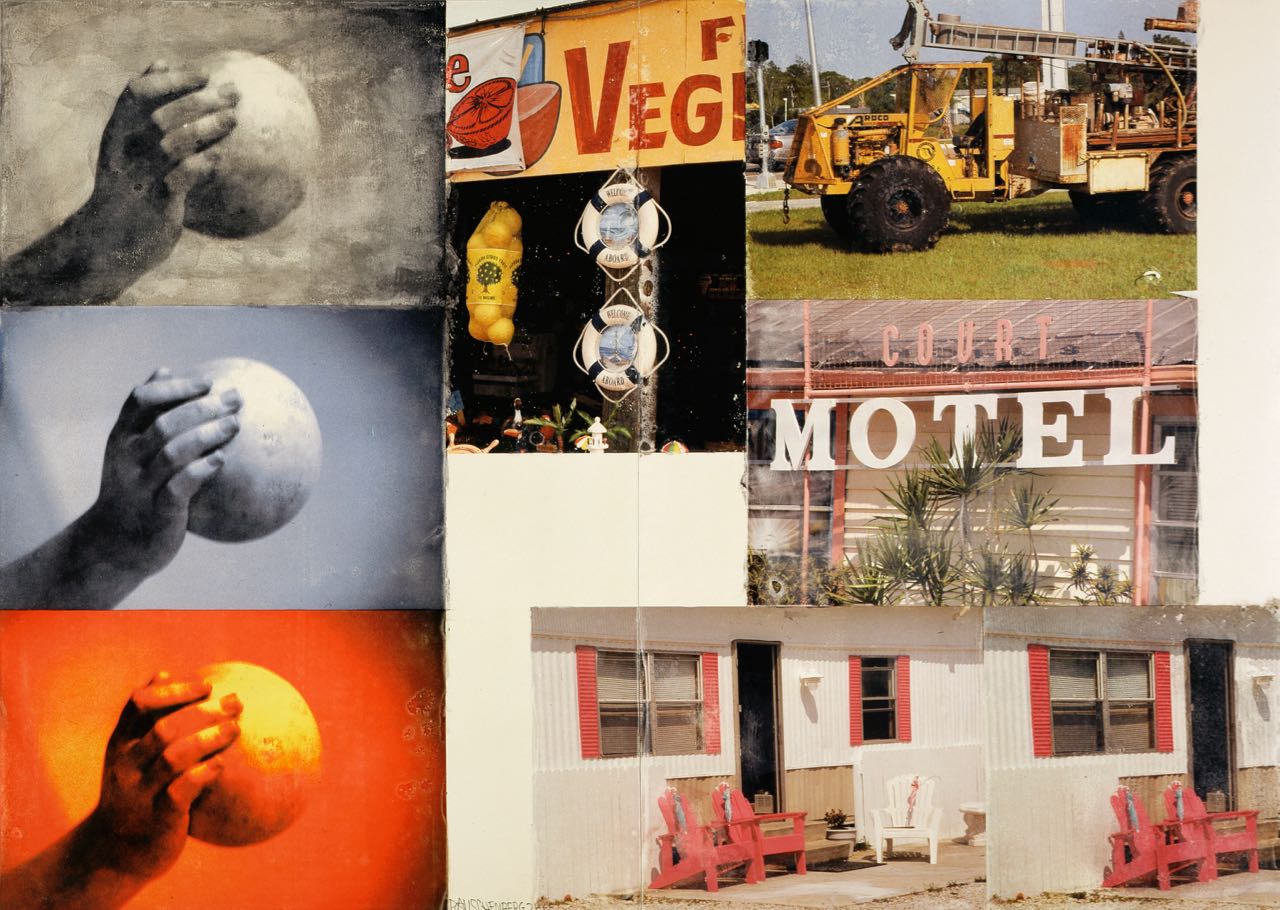 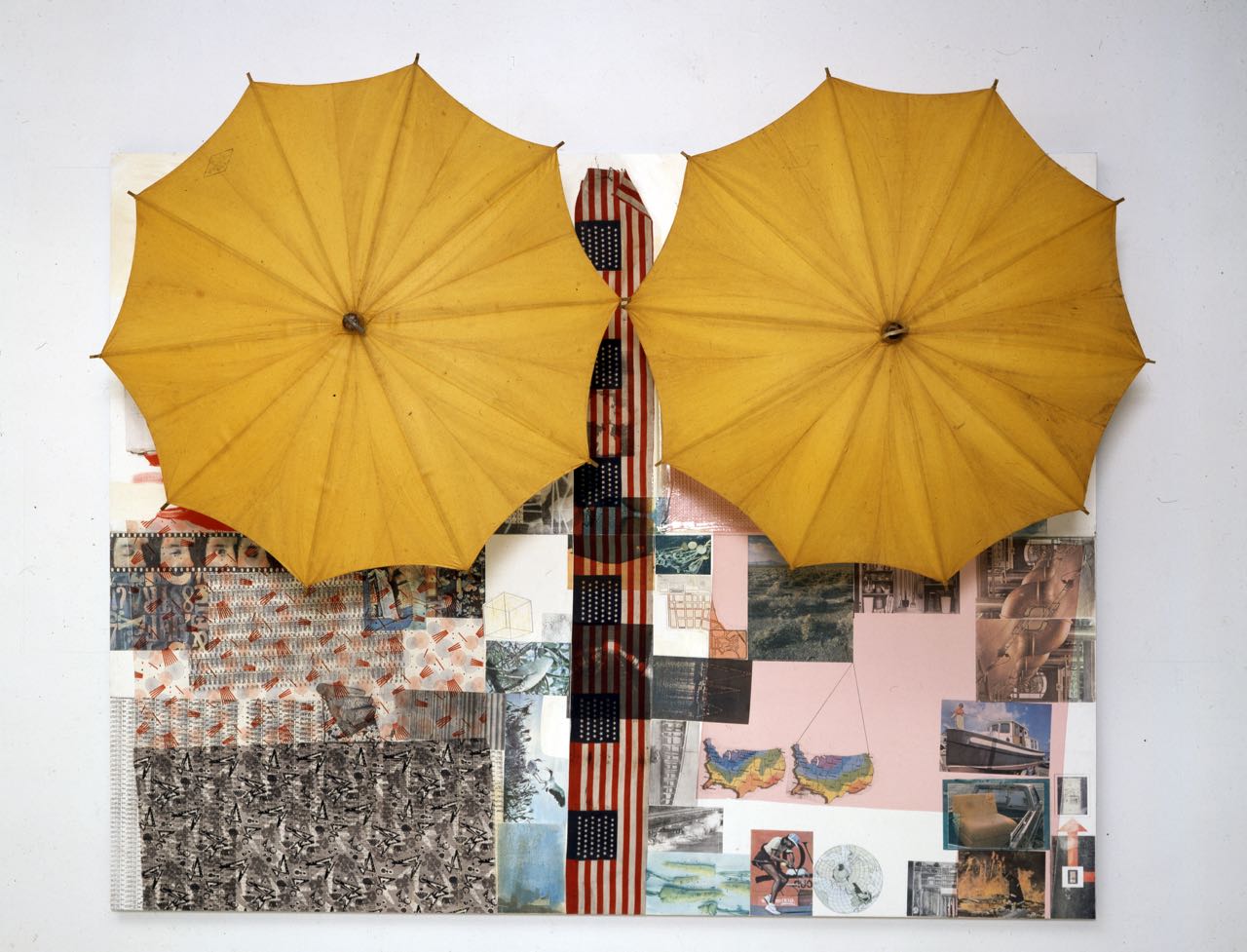