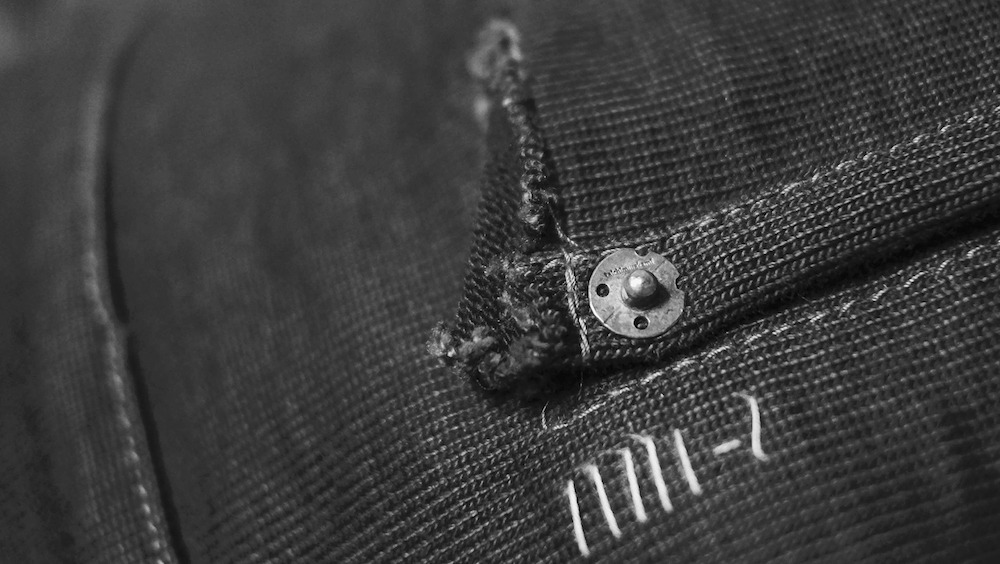 When the 30-year old Japanese designer Taichi Murakami was not yet a designer but a student in Tokyo, he worked at Lift, a multi-brand boutique in Daikanyama that carries a lot of artisanal brands like Carol Christian Poell and m.a.+. It was the latter that Murakami fell in love with, especially with Maurizio Amadei’s intricate patterns, and decided that one day he will work there.

A few years before that, on the verge of college application submissions, Murakami was pondering what he wanted to do with his life. He knew that he wanted to do something creative, so he wrote out a list, which included architecture and fashion. Then he cast a die and it landed on fashion.

Murakami enrolled in a fashion school in Tokyo for four years, before receiving a scholarship that sent him to study patternmaking in Milan. Once he was in Italy, Murakami wrote to Maurizio Amadei, who hired him as a patternmaker in 2009. At m.a.+ Murakami learned to be flexible in his design thinking, which suited him well. “In Japan you are often told, ‘this is how you do this, and this is how you do that,’” Murakami told me during my visit to his Paris showroom last month. “But for Maurizio, there is no this way or that way. There is no process that you have to follow. You can make the same piece in different ways.” What’s more, Amadei encouraged Murakami not to just experiment with patternmaking paper, but to make prototypes from actual materials, since different materials behave differently under the same circumstances. “I did not need to decide beforehand on how to make something, I was free to experiment,” he said. 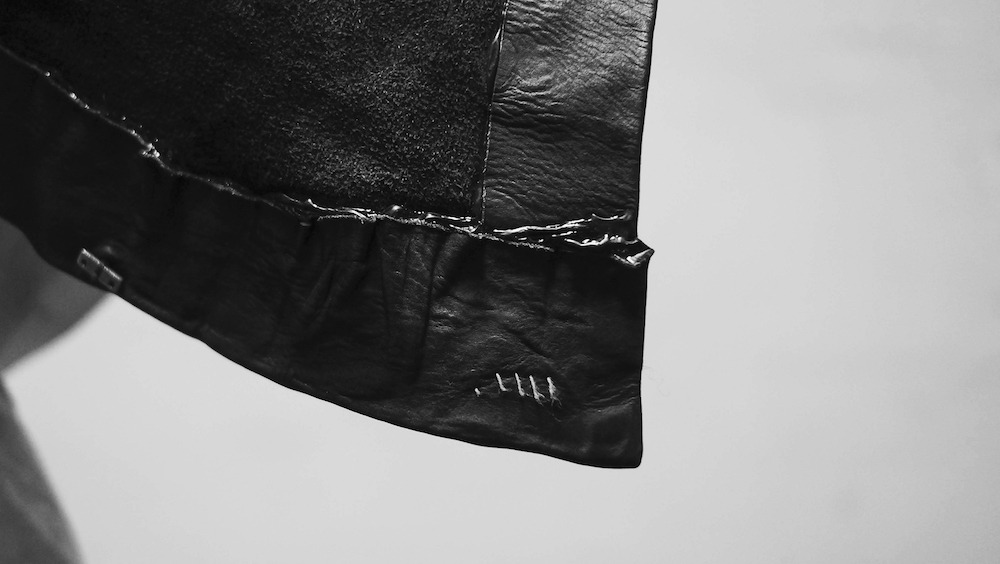 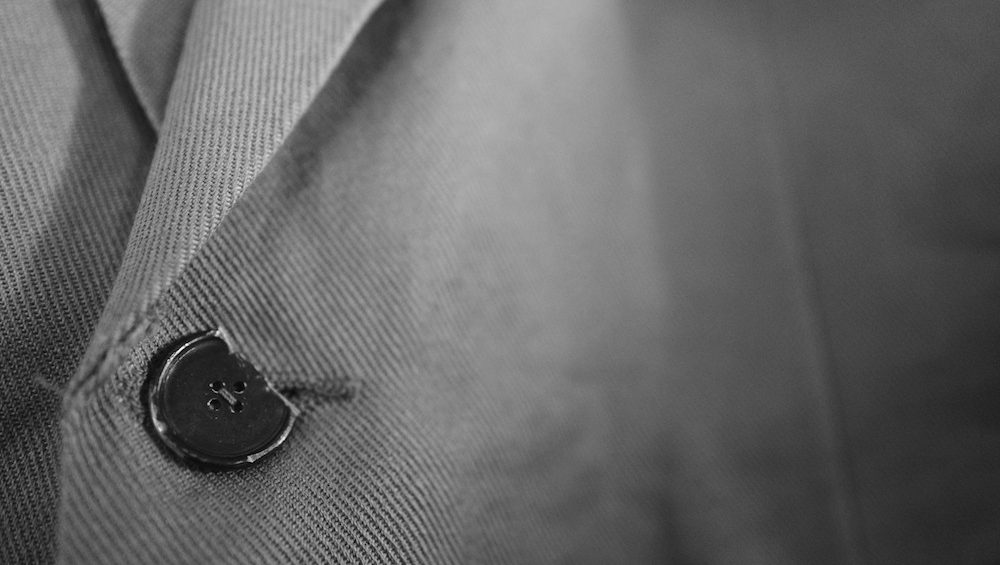 After several years of assisting at m.a.+, Murakami felt ready to do his own line. He went back to Japan and spent half a year making contacts with the local fabric makers who would produces fabrics in small batches to his exacting specifications. He presented his first collection for the Spring/Summer 2012 season.

The ethos of garment engineering rather than making fashion that he learned at m.a.+ perfectly suited Murakami, who does not consider himself a full-fledged fashion designer but rather a clothing constructor. He is more interested in details and innovative patterns, rather than the stylistic and aesthetic modes of expression, even though the latter are inevitable. The result is a meticulously constructed uniform for the structurally obsessive that took all of one rack – and by rack I mean a thick wall-to-wall rope from which his garments hung – in the showroom. With Murakami, you don’t want breadth, you want depth.

Murakami’s passion – relatively speaking, because he tends to be reserved and considered in his demeanor – shines through best when he explains what goes into his garments. For most designers, the design process begins with fabric. For Murakami it begins with yarn. He obsessively searches for the right one, from which he can imagine what the fabric he wants would look like. Then he discusses the thickness of the yarn and its other properties in order to decide whether to make fabric out of it. Being back in Japan helps, as it allows Murakami to take advantage of the local fabric makers, who are willing to experiment more than those in Italy. “For this collection we worked a lot with stainless steel thread incorporated in the fabric, and I don’t think we could do this anywhere else,” he said.

Then comes the ingenious patternmaking. Sometimes the way the fabric behaves dictates the pattern. Other times it’s whatever pops into Murakami’s mind. “The interesting thing for me is that you can make the same silhouette with different patterns,” he said.

And then come the details, where Murakami really shines. No matter how minute, he makes every detail of his clothes, perhaps with the exception of zippers. He makes his own silver buttons and clasps. He obsesses over the way a pocket sits in the garment, or the way it behaves when you put your hand in it. “This pocket I created,” Murakami says while showing a pocket on a garment that continues at a 90% degree angle, thus giving it a slightly three-dimensional form that facilitates your reaching into and out of it, “It’s an L-line pocket – it’s both familiar, but different.”

Put together these elements result in the clothes whose subtlety demands close attention, a kind of garments that make you do a double take. They are both familiar and alien, but only if you look carefully enough. 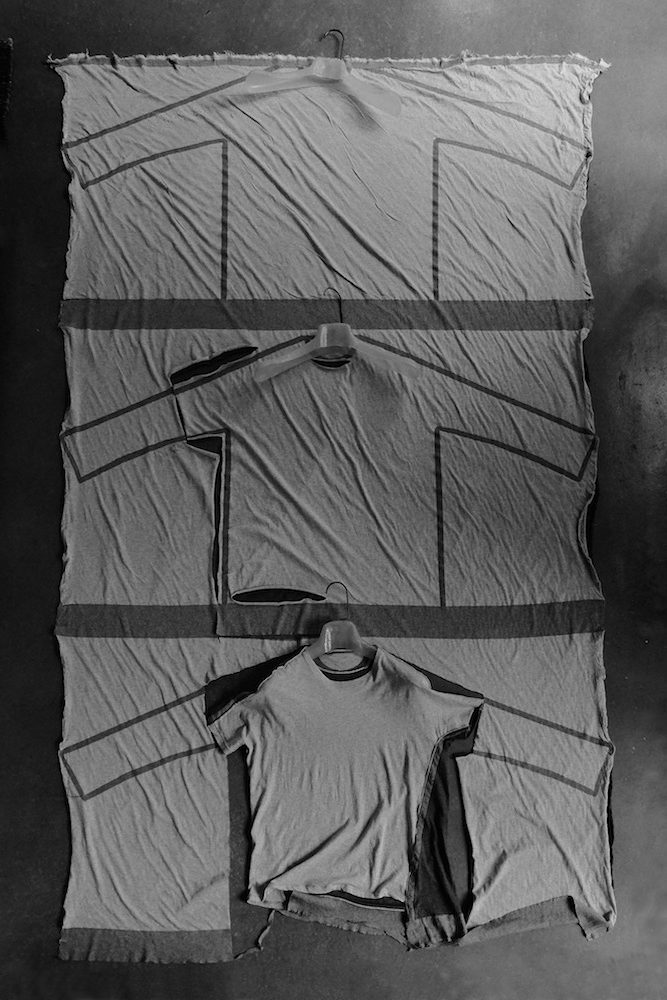 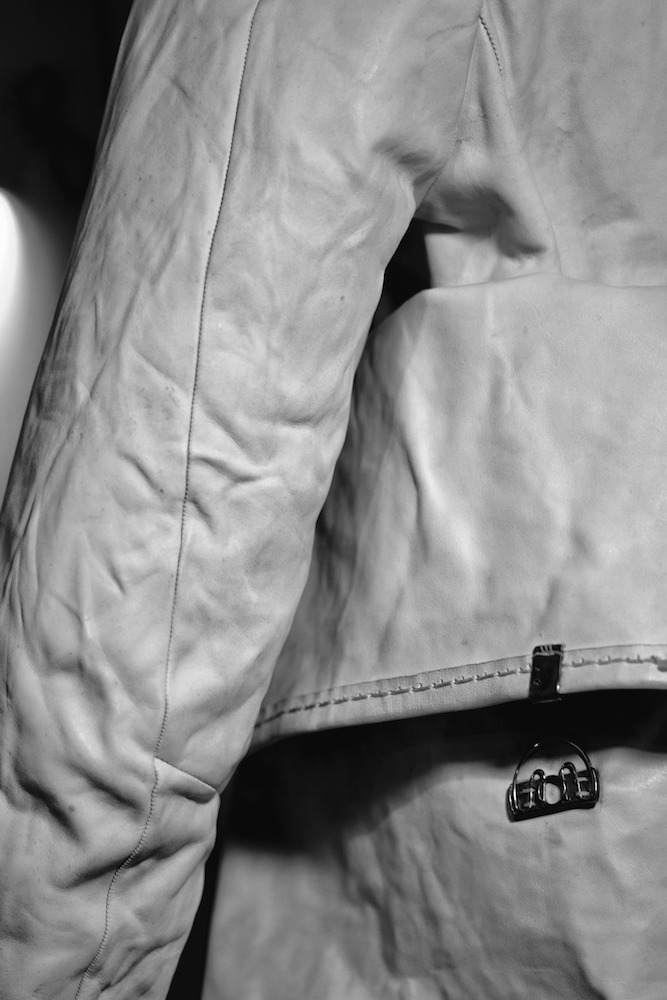