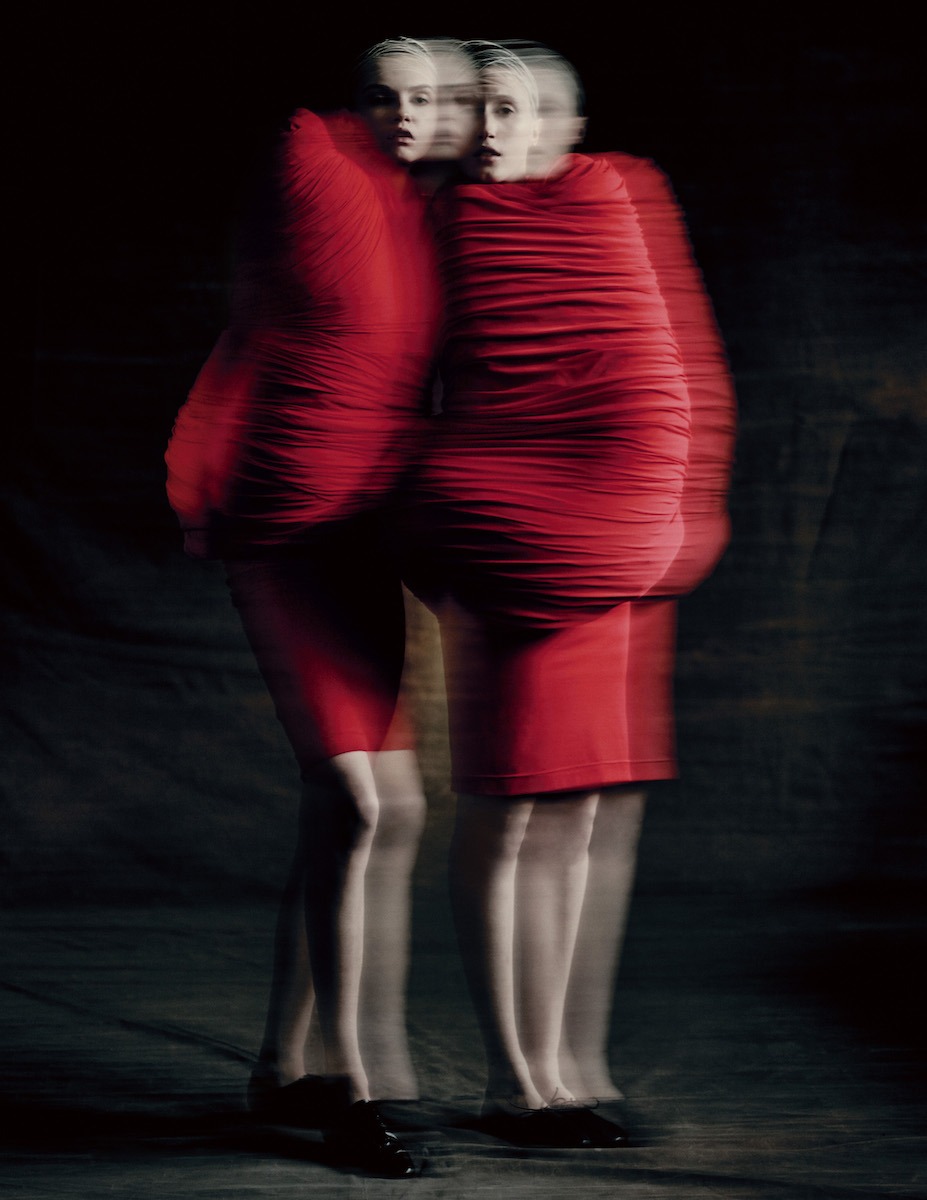 If you go to the Met Museum’s Comme des Garçons show, do not leave without buying the accompanying catalog. If you don’t go to the show, buy the catalog.

This is as simple of advice as I can give you about this stunning publication by the Met (distributed by Yale University Press). The white, oversized (1”1 x 14”) 248-page tome holds nearly 200 photographs by Paolo Roversi, Inez and Vindooh, Craig McDean, and our own Nicholas Alan Cope, plus early photographs by Peter Lindbergh, some of which I have not seen before. The volume is printed on heavy, high-quality matte stock, comes wrapped in rice paper and housed inside a slip case, and accompanied by a foldable Paolo Roversi poster. How all of this clocks in at fifty bucks is beyond me, so I assume that this book is an act of public service.

But, more on the book’s insides. It starts out with a little foreword by Thomas Campbell, the soon-departing head of the Met, then a blurb from Kawakubo herself, who, ever-the-contrarian, simply says that she’s never been interested in fashion but in making new clothes. Fair enough.

Then comes the curator Andrew Bolton’s accompanying essay. This must have been challenging to write, as Kawakubo has been quite clear that she loathes talking about her work or herself. What you see is what you get, she says; only of course it isn’t, as Comme des Garçons continues to be one of fashion’s most interesting labels and thus worth discussing. And discussing is what Bolton does best. He is a formidable thinker and he is not afraid to engage Zen Buddhism, wabi sabi, and kawaii that in the hands of a lesser mind discussing the work of any Japanese designer, let alone Kawakubo, would easily turn into mere tropes. But Bolton approaches them skillfully and builds a convincing case.

Also convincing is the case he makes for picking the theme of the show, “Art of the In-Between,” which forms a space in-between the dichotomies such as fashion/not fashion, design/not design, high/low, and so on. All of this correctly marks Kawakubo’s work as dynamic and elusive to interpretation. Susan Sontag once declared that “Instead of hermeneutics, we need the erotics of art,” and this could be applied to Kawakubo’s work, because intuition, feeling, direct, visceral response, what’s commonly known as “getting it,” is equally important when engaging with it as does possessing analytic ability.

The above Sontag quote came to me before Bolton invoked the essay it’s from, “Against Interpretation” in his conversation with Kawakubo. And while he partially agreed with the position of direct experience, he also underscored the importance of interpretation and analysis. How could he not, being a curator? The conversation itself is genially contentious and the agony that Kawakubo must have put Bolton through (and vice-versa) is evident. A bold move on the Met’s part to publish it and you should read it.

In case you are here only for the pictures, you will not be disappointed. The book’s photo section begins with plenty of early Peter Lindbergh photos from 1982 and ’83, some of which I have not seen before and which, Kawakubo, given her proclivity to constant dissatisfaction with the past, probably wished to never be seen again. There are also some archival photos from Paolo Roversi and one from Sarah Moon. Most of the photos were taken in the context of the exhibit, of course, and I liked the Met’s approach of not giving any single photographer aesthetic primacy, but rather having various photographers shoot different themes.

The photos are accompanied by the many gems of quotes from Kawakubo, and there are more of them compiled at the end of the book. A lot of these are from the ’80s and ’90s, when Kawakubo was more inclined to speak, and are actually quite hard to find on the Internet, and the Met research team must have gone through a titanic effort to unearth these. Some of these might sound unexpected, which is exactly what you should expect. To wit: ”My work is not intellectual, nor is it an intellectual exercise.” “I want to be forgotten.” And, gasp, for all of you who think fashion is art, “I don’t consider myself to be an artist.”

Yet other quotes are essential Kawakubo, and so I will end with one I personally loved. “Punk is against flattery… The spirit of punk lies in not ingratiating oneself to preordained values or accepting standard authority.” Amen. 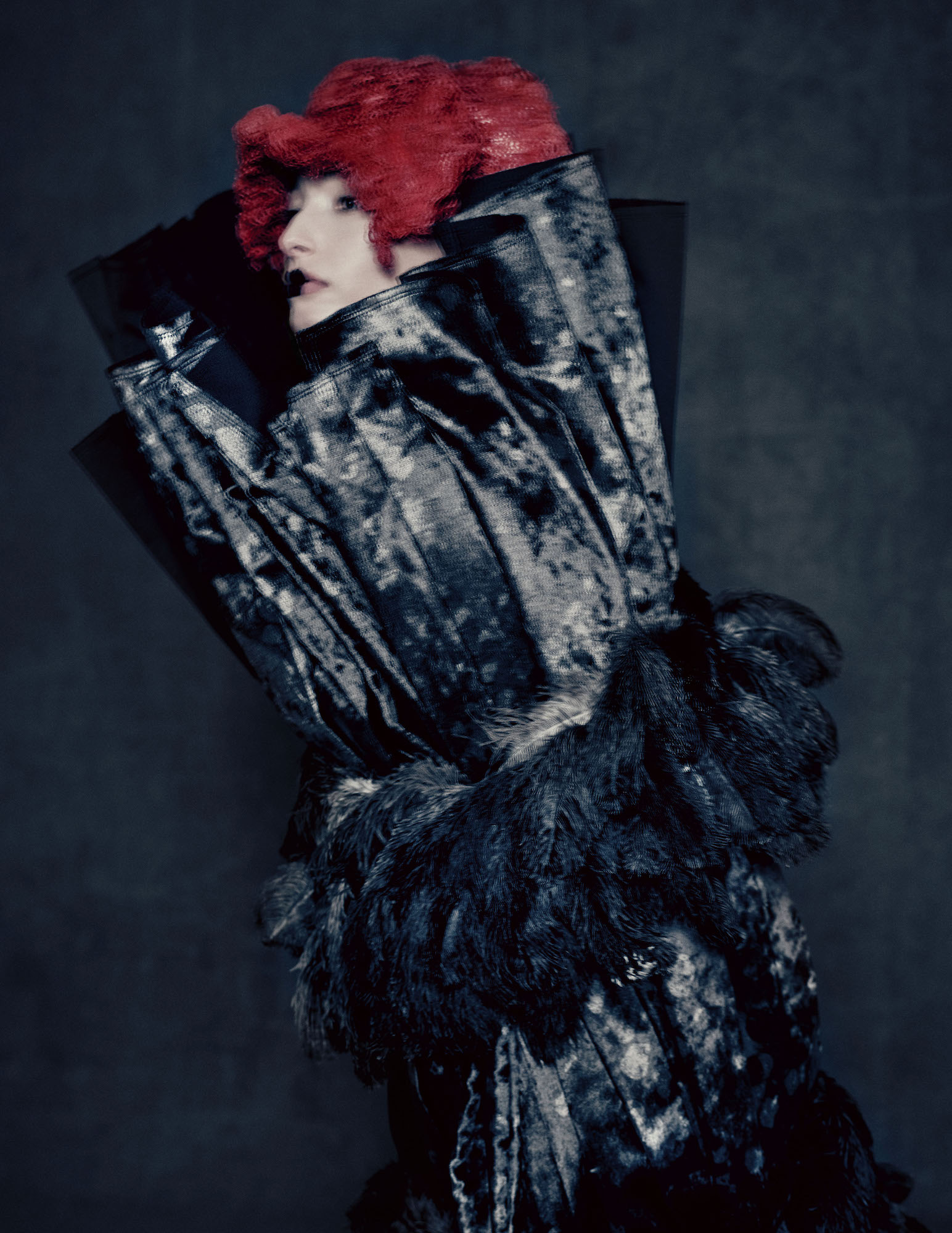 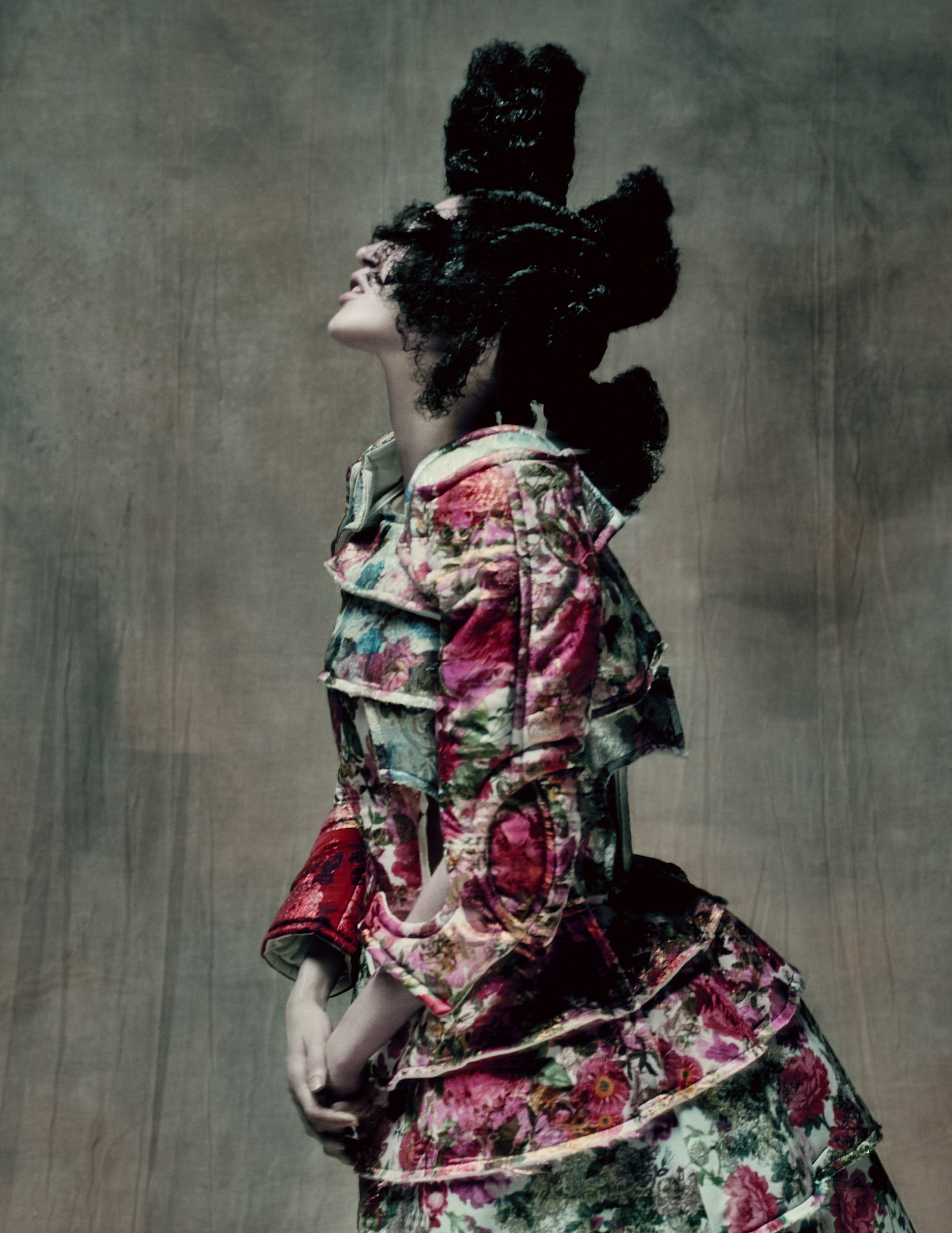 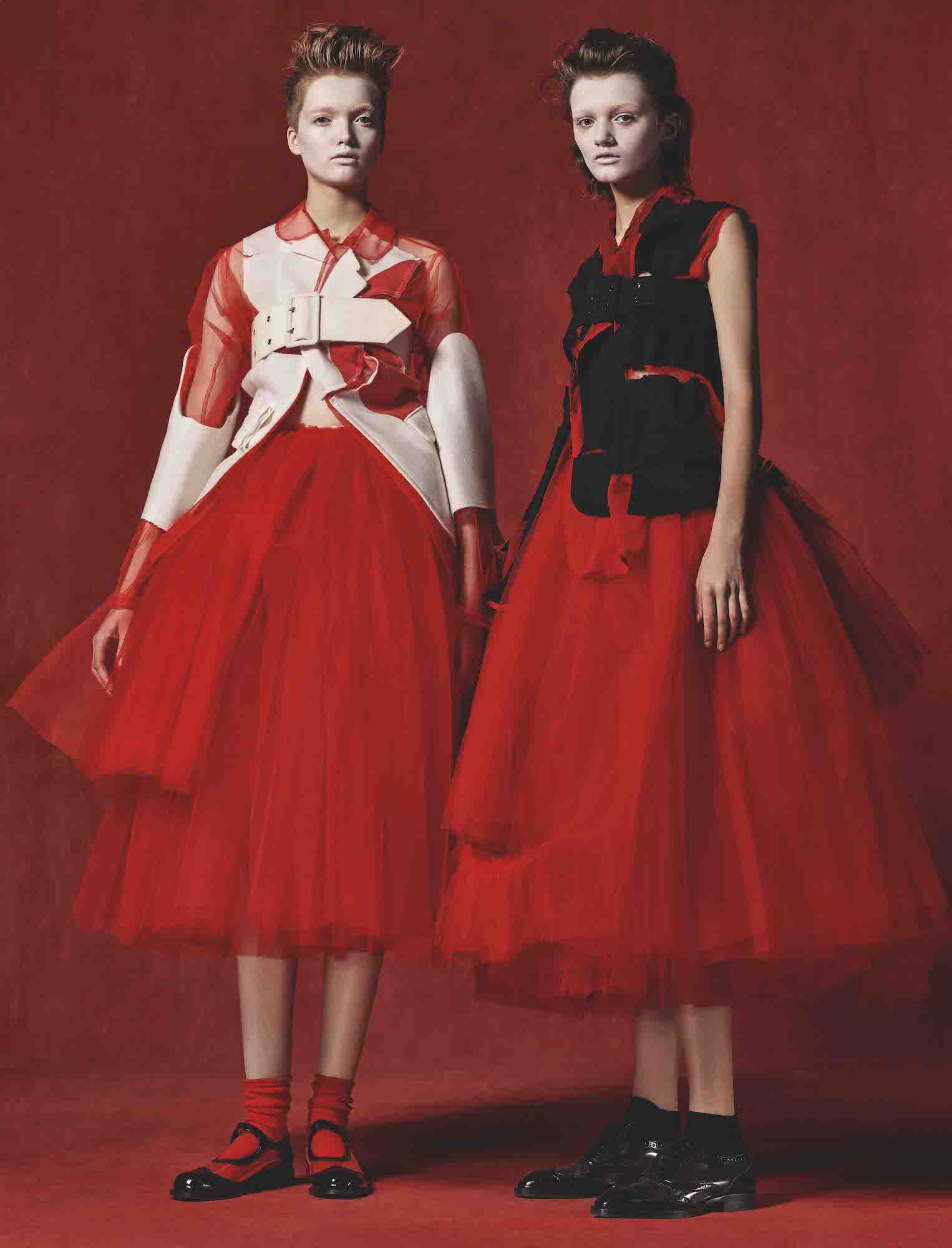 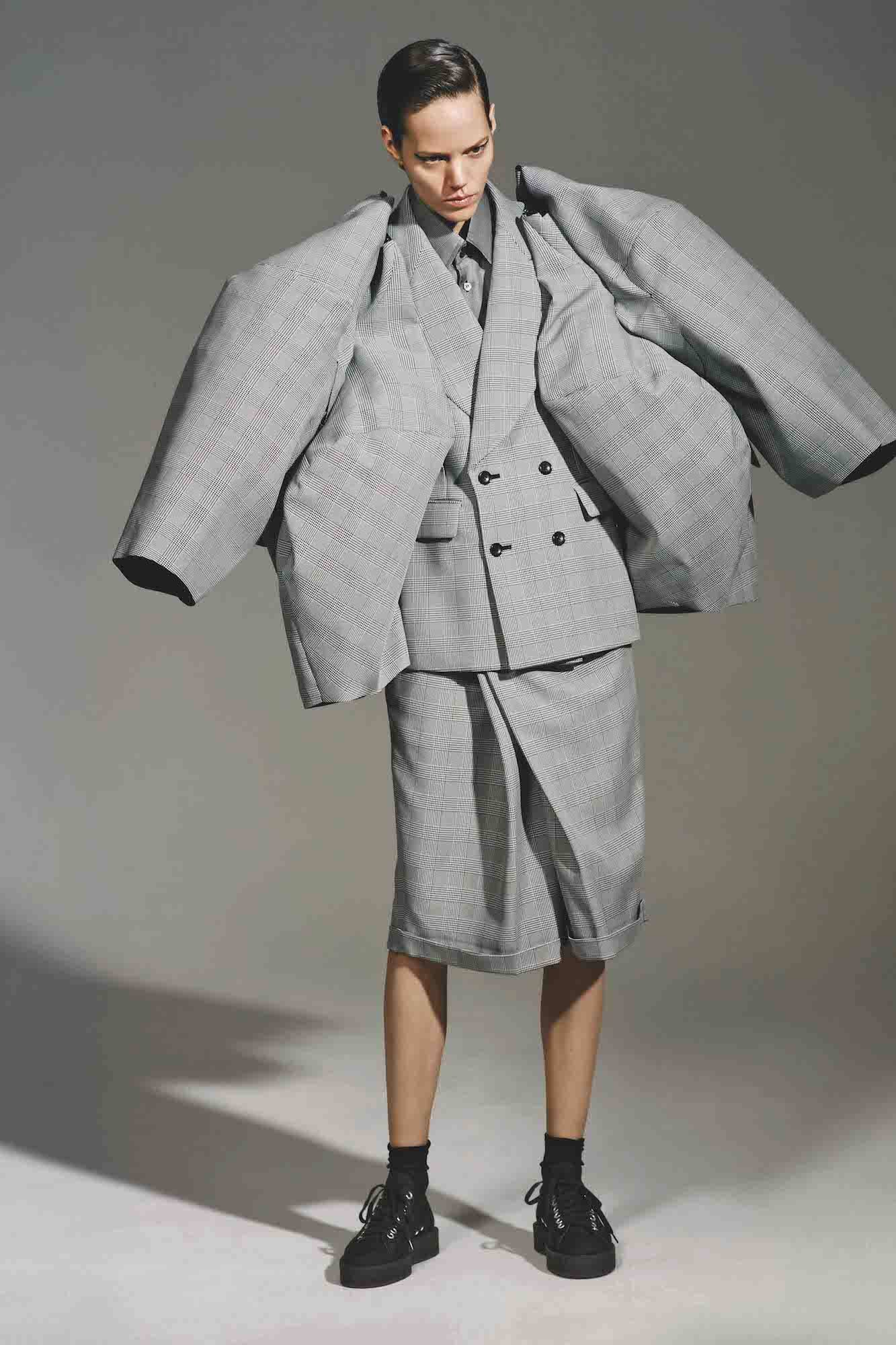 Images credits (from top to bottom, left to right)

Photograph by © Paolo Roversi; Courtesy of The Metropolitan Museum of Art