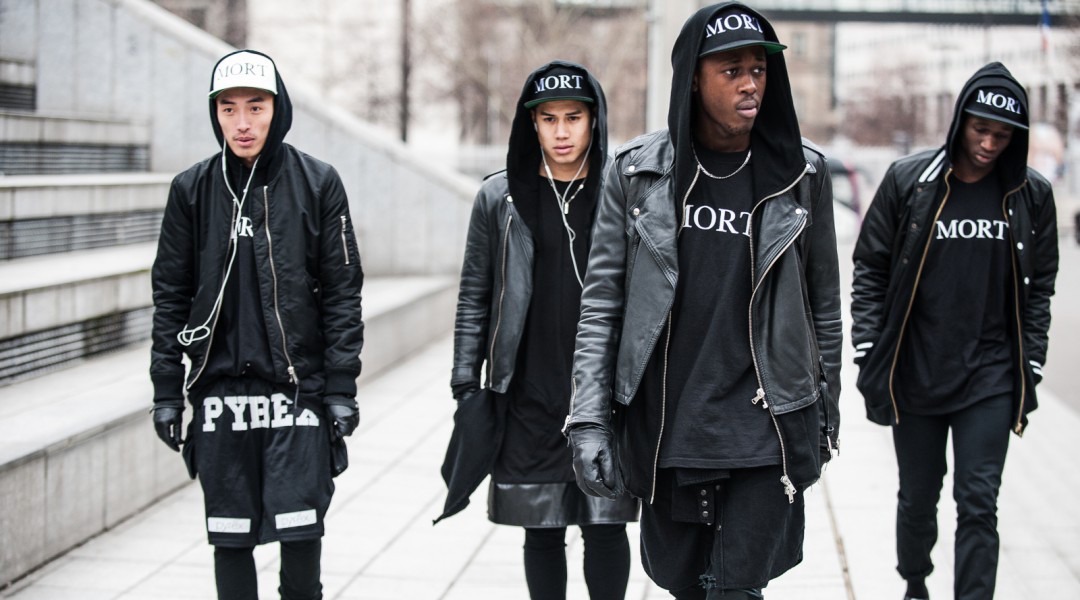 I have a beautiful Undercover perfecto jacket in my closet. It’s made from silky jet-black lambskin and lined in tartan. The genius of its design is the doubling up of every pocket that a usual perfecto has. It’s a great example of Jun Takahashi’s thoughtful quirkiness. I love it, and I almost never wear it. Every time I pull it out of my closet and put it on, I take a quick look in the mirror and hang it back.

Why am I put off? Because today a perfecto jacket has become a staple of the fuccboi uniform, and I don’t want to be associated with that lowest common denominator of male fashion. Partly it’s vanity, but it’s also more than that. Given the rest of my closet, I am probably in little danger of some bro coming up to me at the Saturday Surf’s coffee line and saying that my jacket is “lit,” but at the end of the day I dress for myself first and foremost; for me garments carry meaning, and the meaning of the perfecto has changed.

The perfecto, also called a motorcycle jacket or a rider’s jacket, is a prime example of how context changes that meaning. The original Perfecto was designed in 1928 by Irving Schott and named after his favorite cigar (Schott still holds the patent for the jacket’s name). The motorcycle was beginning to gain ground as a mode of transportation and as a sport, and like horseback riding and other activities required special clothing that was durable and protective. At the same time a fairly new invention was gaining ground – the zipper. Schott produced the first zippered jacket for riding a motorcycle – it made sense to have a garment that could be opened and closed quickly. He placed the zipper asymmetrically, so it would not cut into a torso bent over a motorcycle.

The original perfecto was brown, the most common color of leather at the time. The black versions started appearing in the ’50s, and entered the popular consciousness when Marlon Brando was outfitted in one in his film The Wild One. Seemingly overnight the perfecto became the symbol of the outlaw, of rebellion, of someone who stands against or opts out of the modern Western capitalist society and its culture. It was therefore quickly adopted by the punk rockers in the ’60s and ’70s, and then the heavy metal fans. Of course, it was soon co-opted by pop musicians like Madonna and Michael Jackson. 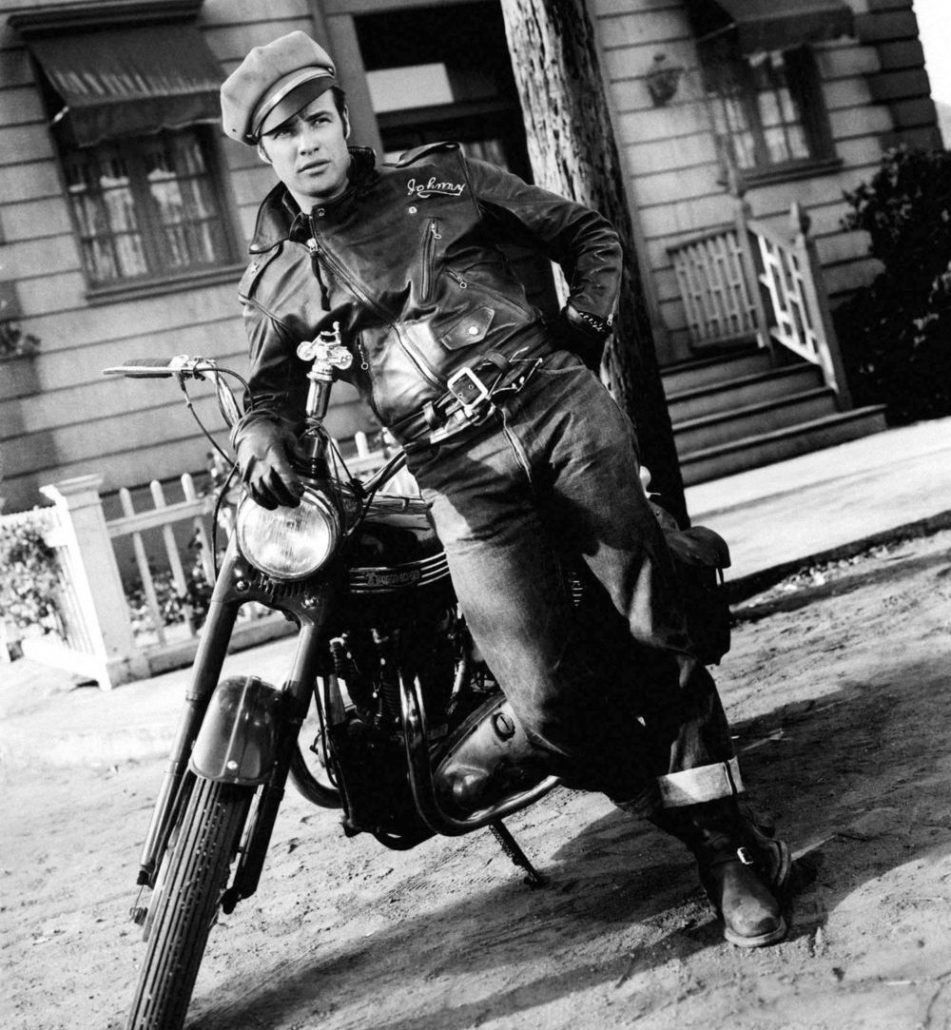 Eventually, the perfecto entered the world of designer fashion; copied, modified and reproduced by everyone from the pop-glamour makers like Jean-Paul Gaultier and Claude Montana to the more directional Comme des Garcons, Ann Demeulemeester, Rick Owens, and Undercover. Today, everyone and their mother makes one.

In music, the perfecto continued its trajectory of diffusion and naturally landed in the most pop genre of music today – hip-hop. In recent years it seems like every rapper from Jay-Z to ASAP Rocky has sported one, and thus it was, naturally, adopted by their fans. Which leads me back to the fuccbois, the young men who mindlessly imitate and promulgate the lowest common denominator of taste, usually dictated by their pop heroes and their peers. Their current uniform is a perfecto paired with a pair of sweatpants and sneakers, topping off the silhouette with a baseball hat. On the female side, every bourgie Upper East Side girl has one, and so does every model-wannabe who struts around Williamsburg.

Needless to say, in such a milieu, the countercultural context of a perfecto has evaporated. The garment has lost the meaning that was sculpted by half a century of cultural development. What does the perfecto mean now? Perhaps it means nothing, just another cultural symbol whose form has been decoupled from its semiotic essence. One could argue that this is just another rung on the ladder of cultural appropriation, but what is the worth of appropriation without new meaning to go along with it?

The loss of original meaning due to context shift is of course not limited to motorcycle jackets. Any garment adapted (usurped?) by one part of culture can produce such a result, and the same case can be made for, say, the MA-1, commonly known as “the bomber jacket,” another staple of punk uniform adapted from the military, whose symbolism has been thoroughly erased. The indie rockers of the naughts have tried, unsuccessfully, to appropriate the suit. During fashion weeks you see a new wardrobe staple – a Thrasher magazine t-shirt worn by people who have never been on a skateboard. Virtually every tween today sports a choker, without the slightest idea of its BDSM connotations. I could go on.

The loss of meaning can indeed feel alienating. A friend of mine in London recently decided to part with the iconic Raf Simons fishtail parka that has the cover of a New Order record painted on it. He has had the jacket for years. “I stopped wearing it when people started telling me – ‘Sick jacket, that’s the one Kanye has, right?’” he told me.

As for my perfecto, I found one way of wearing it in the winter. I zip it up to the top and put an oversized wool vest over it.