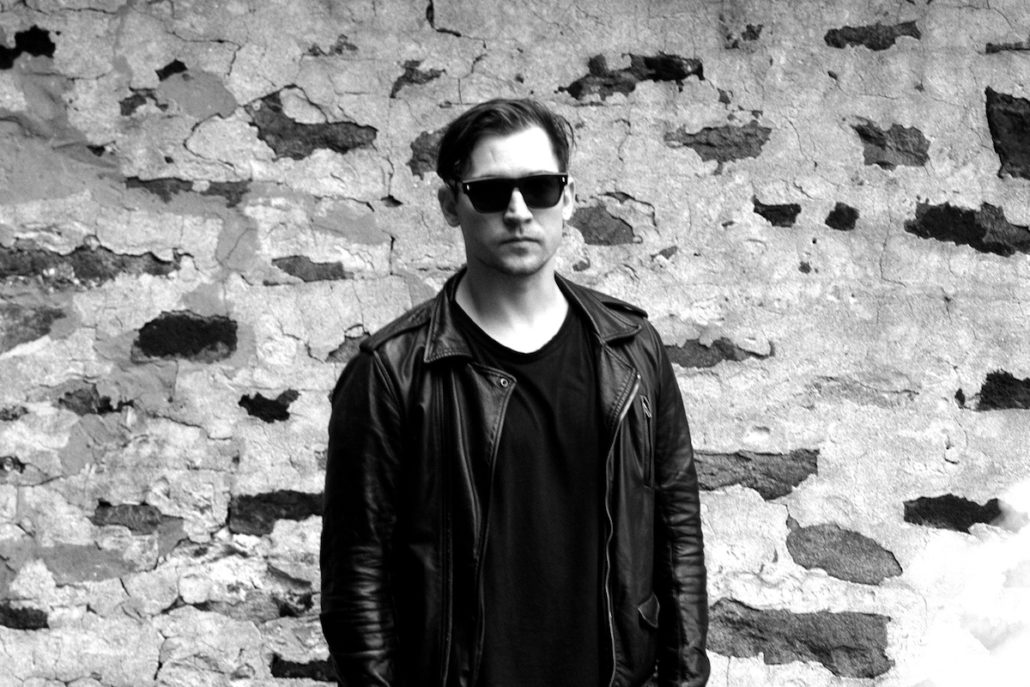 At first listen to noise-industrial-techno stalwart Dominick Fernow, (a.k.a Vatican Shadow) ears dive deep into the producer’s signature cauldron of doomsday heavy beats and grinding techno structures. Fernow’s production is mastery of another kind in its careful avoidance of the multiple electronic music tropes. Active since 1997, Fernow has ceaselessly, tirelessly perfected his craft with evident skill and deep experimentation. Each release is executed through a systemic means of ambitious study, further catalyzed by visual sustenance.

Fernow’s story into electronics and composition began with a series of happy accidents. While releasing 100-copy cassettes back in 2006, Fernow found himself with a label on his hands and thus began Hospital Productions. These cassettes contained re-layered and newly collaged soundscapes that proved seminal to the producer’s rise. The result is a prolific back catalogue of projects notched up and cinched tightly in time through dance and noice-adjacent techno releases under the moniker of Prurient. Last year’s release Media in the Service of Terror full-length album secured Fernow’s position as a  master of his genre. Today the story continues as Fernow celebrates the 20th anniversary of his Hospital Productions label by dropping a fresh arsenal of solid tracks off his new Rubbish of the Floodwaters EP, released by the Berghain-owned Ostgut Ton label.

Here we piece together a mosaic of introspection, process, and what stokes the fires inside the producer’s mind.

Ana Lola Roman: This year marks Hospital Productions 20 year anniversary, and it’s undoubtedly a prolific one. What has been the most seminal moment, lesson, and benchmark for you not just musically, but as an artist?

Dominick Fernow: Taking risks is essential for any artist. The most seminal moment of the early days was the revelation that putting out tapes counted as running a ‘record label’. In New York it was opening day March 17th, 2006 of the Hospital Productions brick and mortar store in the East Village. Everyone told me at the time it would not last 5 months. It stayed open for 5 years and we closed it on our own terms. In LA, it was working with Juan Mendez on his now modern classic debut album, which began over laughs over margaritas in leather pants and which ended in the magnificent and frightening Negative Fascination album by Silent Servant. This record changed the alliances and lines on the maps at a critical time for electronic music subculture in America. In Berlin, it was joining Ostgut and beginning a residency at Berghain.

ALR: Let’s talk about your debut EP that will be released on Ostgut Ton today. What was the primary impetus, inspiration, and concept behind the new Rubbish Of The Floodwaters EP?

DF: I worked with Josh Eustis (Telefon Tel Aviv) in Los Angeles as a producer for Rubbish of the Floodwaters. The concept was to bring together the early hand held tape recording manipulation, the obsessive midi processing and the more recent club oriented live sets. Josh was the only one that could bring all those disparate elements together and had the reference points that would fit into the Ostgut Ton canon. As a collector of the label, it was a steep challenge to meet their standards, but working closely with the team it revealed to me why i always felt drawn to the label. Every decision, detail and choice from presentation to concept is considered at Ostgut Ton, which made it a perfect match internally despite the different worlds we come from. The interpretation and inspiration is for the audience to decide, whether their conclusions are informed or not.

ALR: At first listen this new release is techno and dance driven. However there’s a lot of restraint in the tracks. Definite room for pause, space and time. How important is it for you to create a level of introspection, sonic space and restraint and was this accidental or intentional?

DF: The best club tracks do nothing but sound like everything and rush everywhere in the space in front of you. When working with Josh we had to find the balance between functionality and the decaying atmosphere of belief/non-belief that the subject deals with. We arrived at a terminology of ‘economy of means’ and ‘trading’ in terms of percussion rather than my traditional impulse to constantly add and build drums. The contradictory magic of restraint and decadence is the techno we strive for.

ALR: Does visual inspiration, current events, or whatever chatter happens to be in your head deeply affect your sonic atmospheres?

DF: Always. I never start with sounds or beats. Every releases begins with reading and sometimes images. Obsessive research on details smashed up against the surreal unconscious is at the core of my creative process. The sound is only a location for the characters and events to take place in. Sound alone is impossible for me. I leave that to the real musicians.

ALR: Does it get easier for you, making these albums, and does the process become automatic?

DF: Harder. But when the right media or books come out or the next litany of accidental poetry in the headlines of the press comes along, its hard to resist.

ALR: Are there some days you just want to turn off and listen to silence?

ALR: What’s the most coveted piece of gear you can’t live without in when you are producing or generating your tracks?

ALR: If your music was a designer or a visual artist, a piece of art or architecture, who or what would it be?