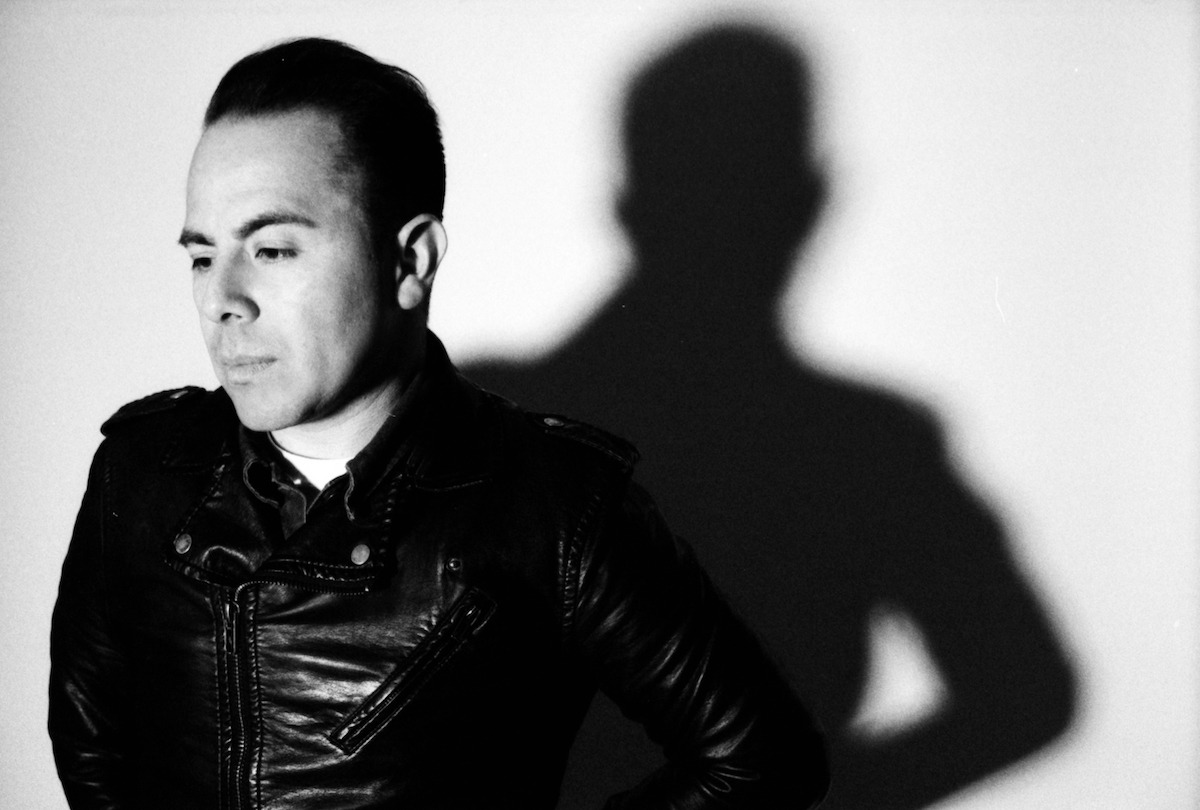 Under the moniker of Silent Servant the DJ, producer, and visual artist Juan Mendez has built an inner and outer world so meticulously precision perfect that it demands we creep in closer, listen harder. This polymath paints irregular emotional landscapes with tension, fear, discipline, and passion. Back in May, StyleZeitgeist ventured to dig deeper into the scabrous core of his work when we visited his performance at Brooklyn Bazaar in Greenpoint. Silent Servant’s unapologetic, pulsating set unleashed itself on the audience as Pye Corner Audio opened the night with fierce ambient structures followed by Not Waving’s uncanny, witty, and flustered techno-punk live sets.

But it was Silent Servant’s prowess and attention to sound detail that quickly revealed itself as the night progressed. These very details reminded the audience that Mendez goes through pains to stand out from the wall of distracted, maximal sounds that proliferate in much of today’s techno. Prolific since 2011, first evolving with the Sandwell District label and then establishing the Jealous God label, Mendez has not once allowed himself to miss a beat. His meticulously prepared DJ sets, craft, technique and sincere respect for his audience have allowed him to continuously forge an identity and sound within the contemporary electronic avant-garde.  Albums like Negative Fascination, El Mar, and Violencia are full-on testaments that Mendez is no shrinking violet inside the fortress of his own productions. Watching him deliver a two-hour set, sans the fat and filler, reminds us that every once in awhile a DJ comes along to ferociously execute and reinvent what an alchemy of synthesis, production and live mixing can do for the dedicated disciples of movement.

Despite this formidable creative demeanor, in person Mendez reveals himself to be an individual who does not take himself too seriously. We had a chance to speak with the gentle and refreshingly honest artist about the importance of looking up while keeping up. Below is the transcript of our interview.

Ana Lola Roman: What’s the main parameter or element you require for yourself when preparing a DJ set?

Juan Mendez: I try to find things that keep momentum or can cause some type of emotion. I look at the crowd to make sure people are moving or are having some sort of response. One of the best tips I got when I was first starting was to look up at the crowd. If people stop moving change the record.

ALR: Live sets are actually a different beast, a whole other alchemy. What’s the most enlightening element you take away from a live set?

JM: To be honest I dislike playing live!  It’s really stressful for me. But it’s a different type of release; more energetic, yet more introspective.

ALR: Listening to your tracks, there’s a level of emotional sincerity and thoughtfulness. It’s refreshing during this time in music when many artists/producers default to hiding behind a wall of sound.  How have you defined and refined these aspect of your work?

JM: Basically I have always loved strings and New Wave, which for the most part is very emotive. I try to use all these things to create drama or some type of emotion in my music.

ALR: Process, ritual, and discipline have been common themes in your creative output. However, evolution is always key for an artist. How do you allow yourself to evolve?

JM: The work is the most important thing and through the work we can all make mistakes. But the work can also have small triumphs that allow for evolution.

ALR: Art and creative direction acts as a catalyst for so much of your output, the Jealous God label, and more importantly, it sonically imbues your work. Which inspires you first, the visual or the music? Why so?

JM: I do like starting with a visual but it does not always work that way. When I do have the chance to do it, it allows for the creation of a visual narrative that can inform the direction and feeling of the music.

ALR: You make it look easy to juggle the label, the touring, etc. In fact it’s admirable. How do you keep yourself from getting disorganized and staying on track?

JM: I am always disorganized and just barely staying on track!

ALR: You are based in Los Angeles. Is L.A. a city that provides inspiration?

JM: LA is my my home and as the late Glen O’Brien said “The brighter the light the darker the shadow.” L.A. holds so many secrets new and old. It never gets old for me.

ALR: What was the first song, band, or sounds you heard that acted as the gateway drug to where you are today?

JM: Ocean Rain by Echo and the Bunnymen, The Queen is Dead by The Smiths, Everything Up Until Technique by New Order, Later by My Bloody Valentine, actually, Shoegaze in general. Lastly, Technowise by Basic Channel.

ALR: What object, piece of clothing, gear, even talisman can you NOT imagine living without in your studio, home, or on tour?

JM: I would say a Denim Jacket!

ALR: Who are some of your favorite designers, architects, or even cities that inspire you?

JM: I love the photography of Sam Haskins, graphic novels and comic series “RanXerox” by Stefano Tamburini and Tanino Liberatore, Toiletpaper Magazine concepts and images by Maurizio Cattelan and Pierpaolo Ferrari, and paintings by Andy Warhol and Tom Wesselman.

ALR: The most important piece of advise any artist, producer, or contemporary has ever gifted to you?

JM: Don’t forget to look up!