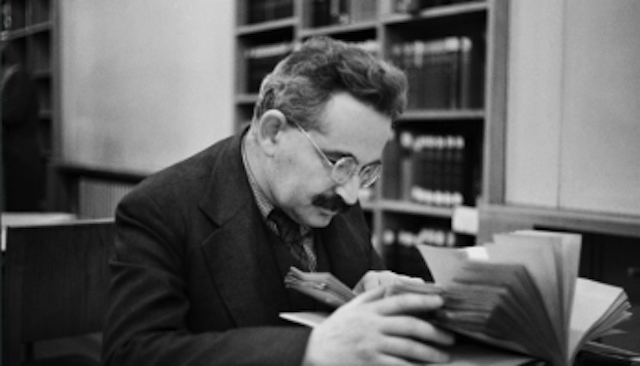 Fashion is often shunned by the thinking types. It is considered frivolous, shallow, and materialistic. And so much of it is. But there is something in the word “materialistic” that is not all bad. At its root is something grounded, tangible, graspable. There is something to be said for ownership. In its truest, considered form there is something like strength of conviction in ownership, a passion of sorts, and a deep sense of appreciation. Collecting is the most passionate form of ownership, a pursuit that is not all that shallow if carefully examined. Ownership and collecting are loaded with history and experience, with memory of things past, with respect to those who have created what you own. There is no shame in ownership of garments, and there is no shame in relating to material things, be they clothes or otherwise. In our rental culture, from streaming services to Rent the Runway to constant reselling, the pride of ownership and a sense of care that true ownership implies is diminishing in favor of display. Everything is transient, exacerbated by social media, especially Instagram.

Buy that limited edition Supreme, post a photo, and then resell it to the next tourist. And those people are tourists. A tourist is by definition a visitor – transient, a fake. As the speed of fashion has exacerbated, aided and abetted by fast fashion, “street style” photography, an incessant stream of collaborations, fashion too has seen the rise of the “fashion tourist” – people with no strength of conviction. These are different from the people who are organically seeking their style. There, risks are taken, mistakes are made, experiences are lived, and thoughts are formed. Fashion tourists are cognizant of what they are doing – living fake lives through temporary stylistic choices.

A true collector visits cities, too, but he is not a tourist in a sense I describe. He returns with a trophy that will bear its history for years to come. He will discover a city while on the hunt for that something he must have. He will stumble upon, he will explore, and browse.

And so, back to real ownership, which includes collecting and is tied to one’s emotional experience, one’s life. The philosopher Walter Benjamin has described this state in an essay called “Unpacking My Library.” Benjamin was no ivory tower academic and no stranger to the fabric of modern city life. His most ambitious project was called “The Arcades Project,” which involved the cataloguing of the modern urban experience that involved the shopping arcades of Paris. Unfinished, it clocks in at over a thousand pages.

“Unpacking My Library,” is about collecting books, but it will not take a significant imagination leap for a true collector of fashion from books to clothes. Interestingly enough, at one point in the essay Benjamin also laments the disappearance of the collector in his time. I wonder what he would say today. I will post a few quotes here, and a link to the entire essay, as it is certainly worth reading.

“The most profound enchantment for the collector is the locking of individual items within a magic circle in which they are fixed as the final thrill, the thrill of acquisition, passes over them. Everything remembered and thought, everything conscious, becomes the pedestal, the frame, the base, the lock of his property. The period, the region, the craftsmanship, the former ownership for a true collector the whole background of an item adds up to a magic encyclopedia whose quintessence is the fast of his object.”

“I have made my most memorable purchases on trips, as a transient. Property and possession belong to the tactical sphere. Collectors are people with a tactical instinct; their experience teaches them that when they capture a strange city, the smallest antique shop can be a fortress, the most remote stationary store a key position. How many cities have revealed themselves to me in the marches I undertook in the pursuit of books!”

“… a collector’s attitude towards his possessions stems from an owner’s feeling of responsibility toward his property. Thus it is, in the highest sense, the attitude of an heir, and the most distinguished trait of a collection will always be its transmissibility. You should know that in saying this I fully realize that my discussion of the mental climate of collecting will confirm many of you in your conviction that this passion is behind the times, in your distrust of the collector type.”

“…the phenomenon of collecting loses its meaning as it loses its personal owner. Even though public collections may be less objectionable socially and more useful academically than private collections, the objects get their due only in the latter.”

“O bliss of the collector, bliss of the man of leisure! Of no one has less been expected, and no one has had a greater sense of well-being than the man who has been able to carry on his disreputable existence in the mask of Spitzeg’s ‘Bookworm.’ For inside him there are spirits, or at least little genii, which have seen to it that for a collector – and I mean a real collector, a collector as he ought to be – ownership is the most intimate relationship that one can have to objects. Not that they come alive in him; it is he who lives in them.”

Link (PDF) to the full essay