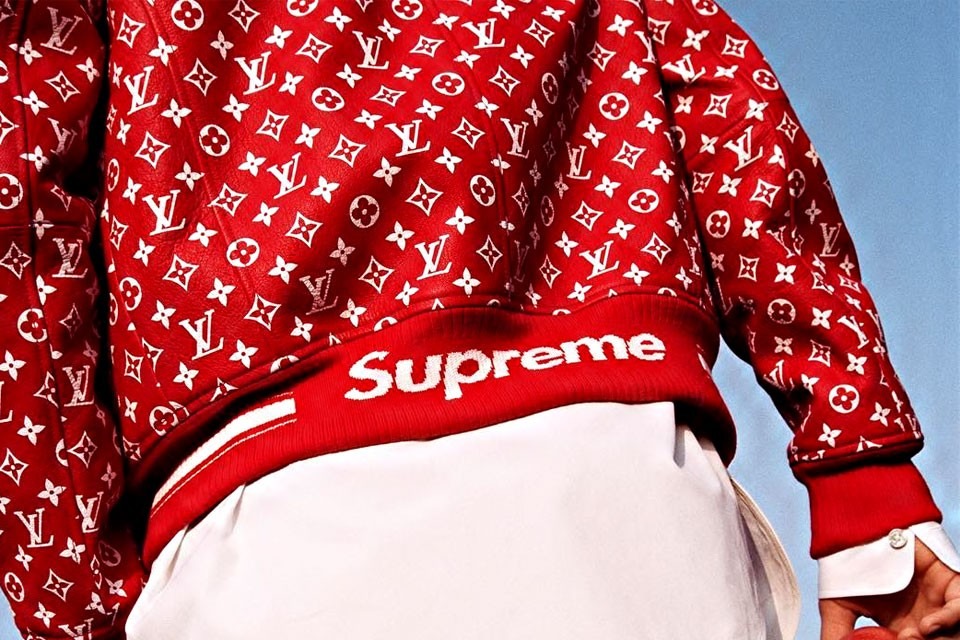 When Supreme started making clothes in 1994, its ethos was crystal clear. It was a downtown skate brand for downtown skaters. The clothes were made for the cool kids by the cool kids, and you had to know about it to know about it. Supreme’s reputation traveled by word of mouth, the most reliable marker of a brand’s street cred. Like much of cult phenomena, it was a kind of a secret handshake, a signifier of belonging to a certain group. If you wore Supreme, just like if you wore say a black leather jacket or a pair of combat boots, you signaled a collection of cultural values that attracted like-minded people, a good way to make friends. What were those values? A big part of it, I think, was about opting out of bourgeois society, out of both its taste and value systems, visually through clothes that looked markedly different, and that also signaled that you don’t buy into conformity, blandness, the gray existence of the society’s majority.

Fast-forward to today and Supreme looks vastly different. It’s become one of the most desirable brands of the fashion elite, of mass-taste celebrities, and of a myriad of Instagram starlets whose only job consists of photographing their impossibly toned bodies at far-flung locales. Walk around SoHo today and you are bound to run into some ditsy model with pouty lips in a Supreme top. The result is the erasure of most, if not all meaning that Supreme has previously held. I’d wager that most people who wear Supreme today have never been on a skateboard. The brand’s coolness now derives solely from the scarcity of its product and of bragging rights one acquires by owning something others do not. No one is immune from this type of narcissism, greatly exacerbated by Boastogram, but I would imagine that a Kardashian-wannabe type is much less so than a kid trying out a new skate trick.

Supreme was never meant to be democratic – exclusivity is the point of a cult brand, and James Jebbia’s claim that “We’re a brand for the people,” rings hollow. Target is for the people, Supreme is not. But its exclusivity used to depend on insider knowledge. In today’s social media and e-commerce-driven culture insider knowledge is largely a thing of the past. Growing up in an immigrant Brooklyn in the 90s, I certainly did not know what Supreme was, though it was only a train ride away (I was an avid skater in Russia, but I stopped skating when I immigrated to the States). Today, in the same neighborhood kids wear Supreme in my daughter’s middle school, and I haven’t spotted a single deck amongst them. 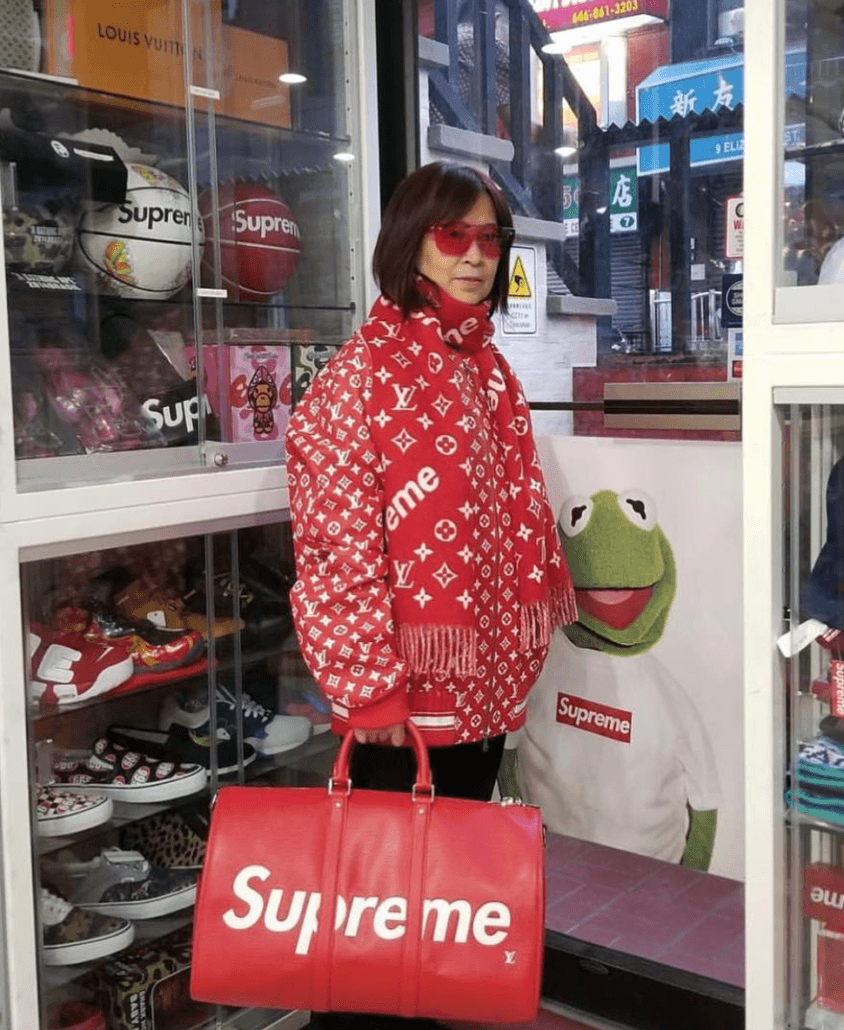 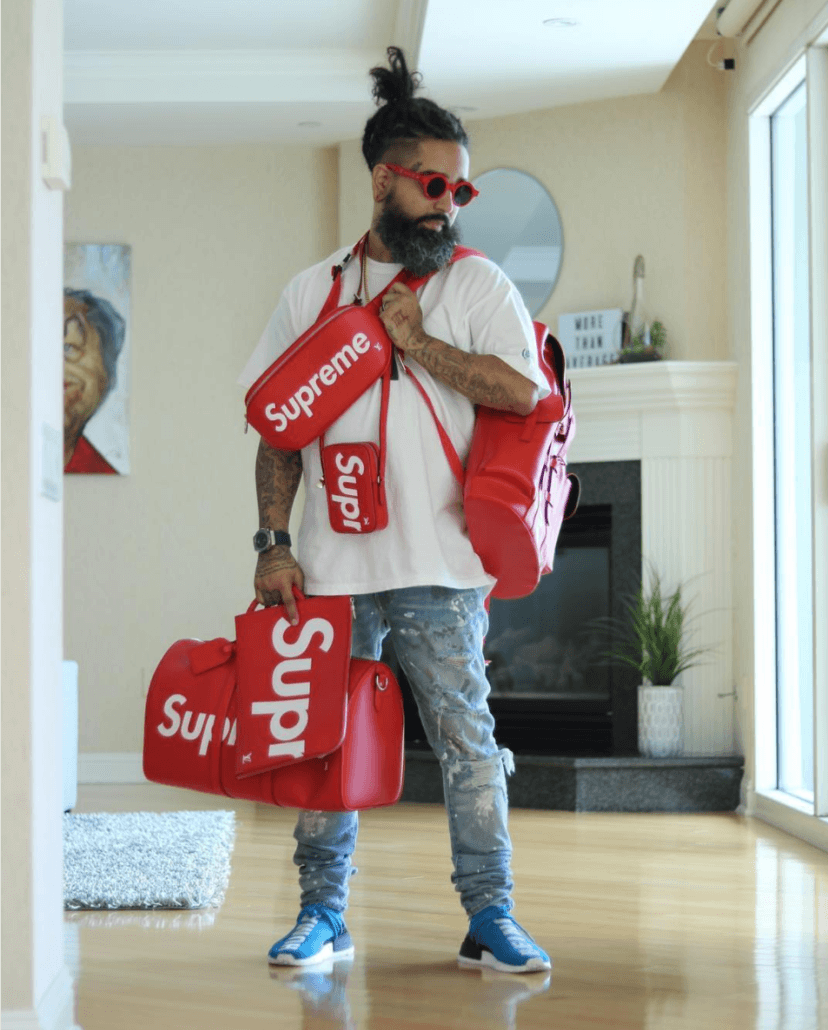 Since it exploded in popularity, Supreme’s adamant approach to limiting its offerings has unintentionally backfired, spawning a vast secondary market with greatly inflated prices. The result is that Supreme’s exclusivity is now largely a function of how much money you have. It is true that there are still dedicated kids hustling the line to get a piece of that cool. But if you have enough money you don’t need to go through the effort – a few clicks on eBay or Grailed and you get what you want. It is no wonder that the kids of rich parents have rushed into the breach. But do these posers do the brand justice? How is Supreme different today from other forms of conspicuous consumption?

In the above sense, last year’s Supreme collaboration with Louis Vuitton should have been almost too perfect of an image suicide. In case you have not thought about it, Louis Vuitton is exactly the kind of an aspirational bourgeois housewife brand that Supreme is supposed to stand squarely against. Louis Vuitton stands for bland luxury and bad taste, for consumption of the lowest grade, devoid of all meaning except display of wealth. The way the products from this collaboration were distributed and who got to own them was very telling of how far Supreme has moved away from its roots. To begin with, they were very expensive, which already stands against Supreme’s moderately affordable pricing approach. After botching its pop-up store scheme, in some countries, such as Russia, the stuff was distributed through Louis Vuitton flagships, where it was naturally offered to LV’s top clients. You can imagine who those clients are, but you don’t have to, because I can tell you. They were the type of cheesy celebrities your parents fawn over and whose mention makes you want to slit your wrists while jumping out of a window.

I suppose it comes as no surprise that after getting in bed with the monolith of bourgeois taste, the supposedly press-shy Jebbia most recently opened up to none other than Vogue, the Louis Vuitton of the fashion media. The most face-palmingly ironic moment of that article, which Vogue deemed important enough to place in its September issue, usually reserved for flinging fur and “candid” interviews with Giorgio Armani, was this quote, “If Jebbia was anxious to get press when he started, now he worries about overexposure…” by giving an interview to Vogue? To add to the almost surreal level of cognitive dissonance of that article, Vogue’s editors deemed it helpful to attach a slideshow of celebrities in Supreme, with such paragons of youth culture cool as Victoria Beckham and Kendall Jenner (why did they leave off Celine Dion?). It’s too late to worry about overexposure for Supreme. It’s time to worry about the brand’s meaning.

In the Vogue interview Jebbia compared making clothes at Supreme to making music. “There are always critics that don’t understand that young people can be into Bob Dylan but also into the Wu-Tang Clan and Coltrane and Social Distortion,” he said. Maybe so, but today Supreme sounds more like Taylor Swift than Wu-Tang. Not that anyone cares, as long as the limited edition stuff with the iconic red logo continues to give people a reason to attach “#lit” to their Boastogram posts. But I wonder if Jebbia himself cares. On some level he must, because he does strike one as a person for whom authenticity is a value. I doubt it would happen, but if Jebbia truly worries about overexposure, the most punk, the most hardcore thing for him to do would be to shut down Supreme. Now that would certainly be cool.