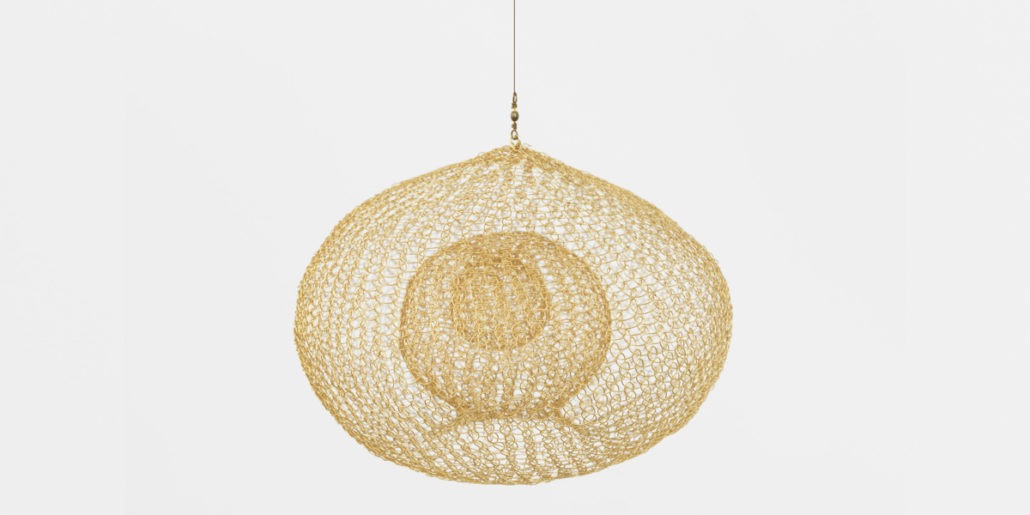 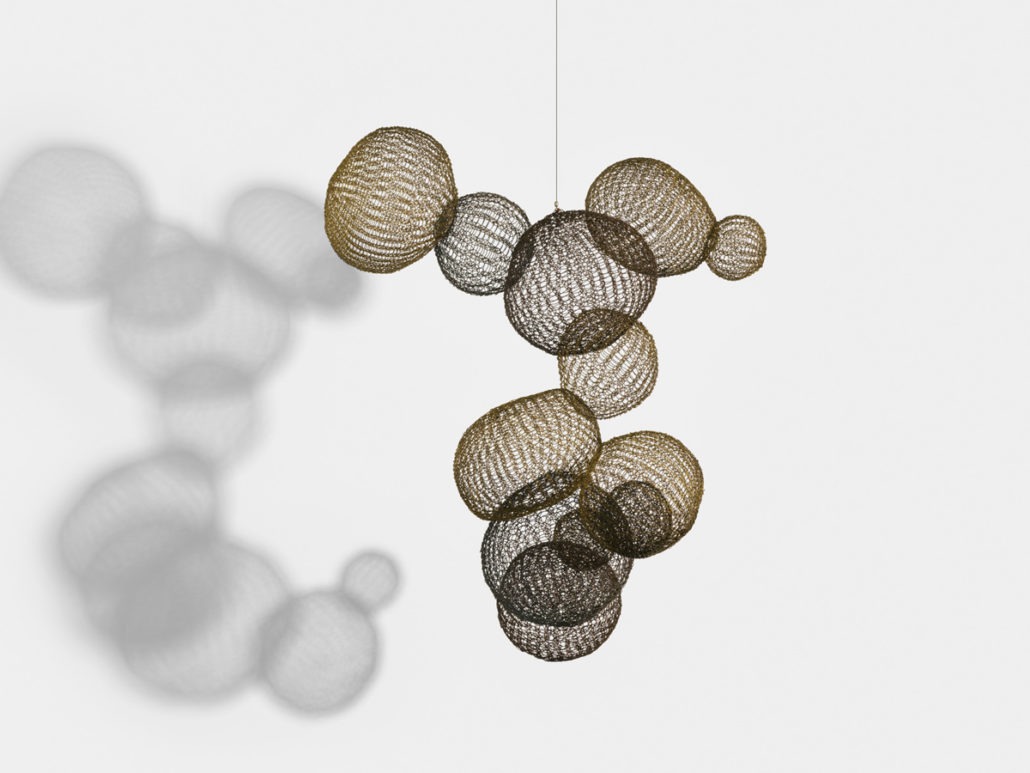 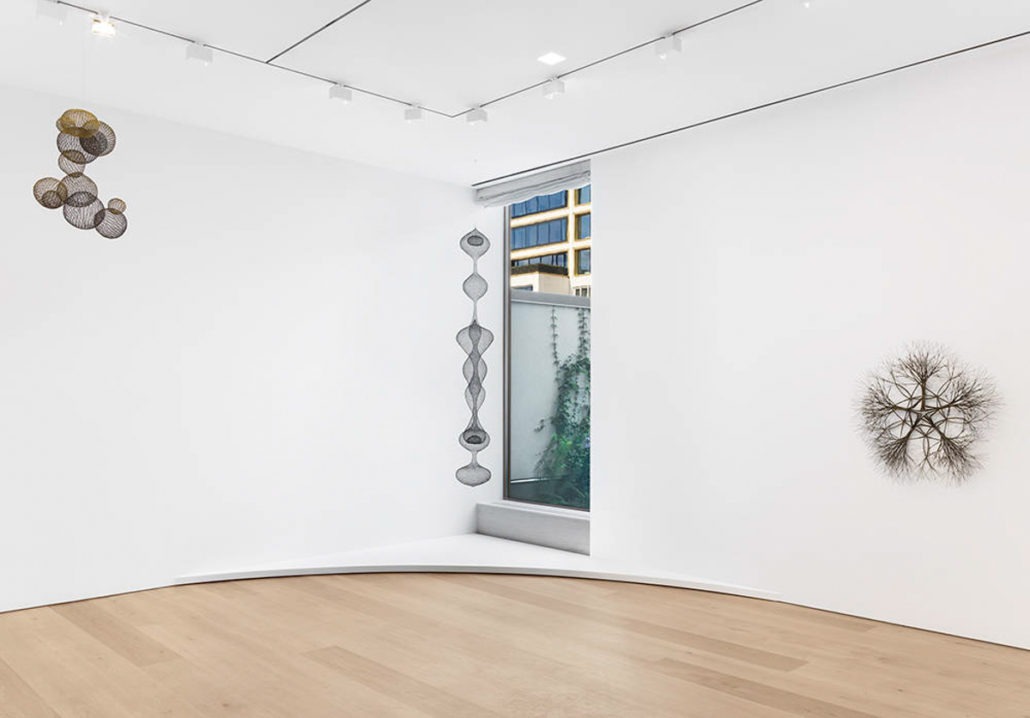 A collective and hearty thank you ought to go out to the team at David Zwirner responsible for conceiving and executing the installation of Ruth Asawa’s hanging wire sculptures at West 20th Street.  The installation is one of the more generous, warm and welcoming installations of a major artist’s work that you will have the privilege to see.  Rather than install with a defensive eyer to keep us riffraff at a polite distance, the set-up on the galleries 2nd floor makes it feel like you are practically rubbing shoulders with the hanging sculptural work.

That this show ranks as special seems to be near universal based on published reviews so far.  The installation certainly has something to do with it, but perhaps the heavier thumb on the scales is the approachability of the sculptures: they are composed of wire of God-knows-what-length bent by hand into a looping basket-weave forming hour-glass shapes that gently float a few feet off the ground.  Some of the sculptures nest shapes inside other shapes.  Others just flow sinuously.  Others float orbs in other orbs floating in even bigger orbs.  While some of the sculptures are hung high up toward the ceiling most are at eye-level and of human height.  The nested shapes in particular lead to thoughts of how-the-hell-did-she-do-that (in art speak, process).  The simpler forms lend themselves to being read like drawings suspended.  Nothing comes off monolithic despite the restrained palette of gold, mustard, rust, red wine, grey, shadowy blacks. When observed en masse the variations in color pop forth, like a grouping of monochromes.

I guess the point is that sturdy and resolved, they are open to multiple ways of being seen and hence invite all-comers.  You can see “craft” (Asawa was accused of “domesticity” in her lifetime) or you can see something more conceptually “rigorous.”  Both points of view would be valid.  Or you can lean back and smile.   Because they are joyous too.

The sense of joy is surprising given Asawa’s biography.  It provides a lot to be pissed about.  She was interned in a camp for American born Japanese, was later denied a teaching position because of her race (despite attending Milwaukee State Teachers College) and though she blossomed at Black Mountain College in North Carolina in 1946 where she, like other students there, was influenced there in particular by her teachers Josef Albers and Buckminster Fuller, it seems she was shunned by the art world of her time.  Asawa was active from the late 1940s until her death in 2013.

Asawa settled in San Francisco and, “a firm believer in the radical potential of arts education from her time at Black Mountain College, devoted herself to expanding access to art-focused educational programs.”  Per the gallery’s bio: “She co-founded the Alvarado Arts Workshop in 1968 and was instrumental in the opening of the first public arts high school in San Francisco in 1982, which was renamed the Ruth Asawa San Francisco School of the Arts in her honor in 2010. Asawa believed that ‘Art will make people better, more highly skilled in thinking and improving whatever business one goes into, or whatever occupation. It makes a person broader.’”

In addition to the sculptures, the show presents paintings, works on paper and archival materials.  For those supremely interested in following Asawa’s path, David Zwirner just inaugurated its East 69th St gallery with “Josef and Anni and Ruth and Ray,” a show of Josef and Anni Albers, Ruth Asawa, and Ray Johnson focusing on work produced during their Black Mountain years.

Asawa was clearly tough-minded and committed to her art and her neighbors given this life story.  That said, I struggle on how much focus to put on her (or any artist’s) bio because I fear it could away from or undercut the immediate impact of her sculptures, each of which already speaks to us so clearly to us through their forms, materials, presence and the still palpable touch of their human maker.  Intellectually lazy of me perhaps, but like a perfect Fall day, the more honest response may be to stroll in it and ask questions later.