It was with great trepidation that I first walked into the Ann Demeulemeester flagship store in Antwerp in 2001. It was on my first trip to Europe. I was twenty-five and backpacking, reclaiming my American right of passage, about seven years too late, but I had no money before that. It’s safe to say that I was probably the only backpacker this summer to stop over in Antwerp to go shopping for fashion. But it was the highlight of my trip. I stuffed my backpack into a locker at the magnificent Antwerp train station, and made a beeline for Louis, followed by Dries Van Noten, and then a long walk down Nationalestraat to Ann Demeulemeester, saving the best for last. I don’t remember why, but I only bought a belt there, which I still wear. “Just the belt?” the salesperson ask, probably not meaning to embarrass me.

I’ve gone back to the magnificent, two story shop in the historical building every time I’ve visited Antwerp since. People often throw around the word “temple” when they talk about stores, and most of the time it’s a misnomer. But I cannot think of a better term for this stunning space, with its high ceilings, white walls, and a tiny back garden, its hushed atmosphere is temple-like. I asked Demeulemeester during one of our numerous conversations about the store – the space used to be a government-run chemistry lab before Demeulemeester took it over. The local government helped with financing. I remember her saying that it would not be possible to do such a store, with its large foot print and magnificent facade in a major city. Just as well, since Demeulemeester fans from all other the world come to pay homage.

The boutique has a long-standing no-photos policy, but I convinced its manager that the world deserves to see it. Enjoy the photos, and hopefully one day you will experience it in person. 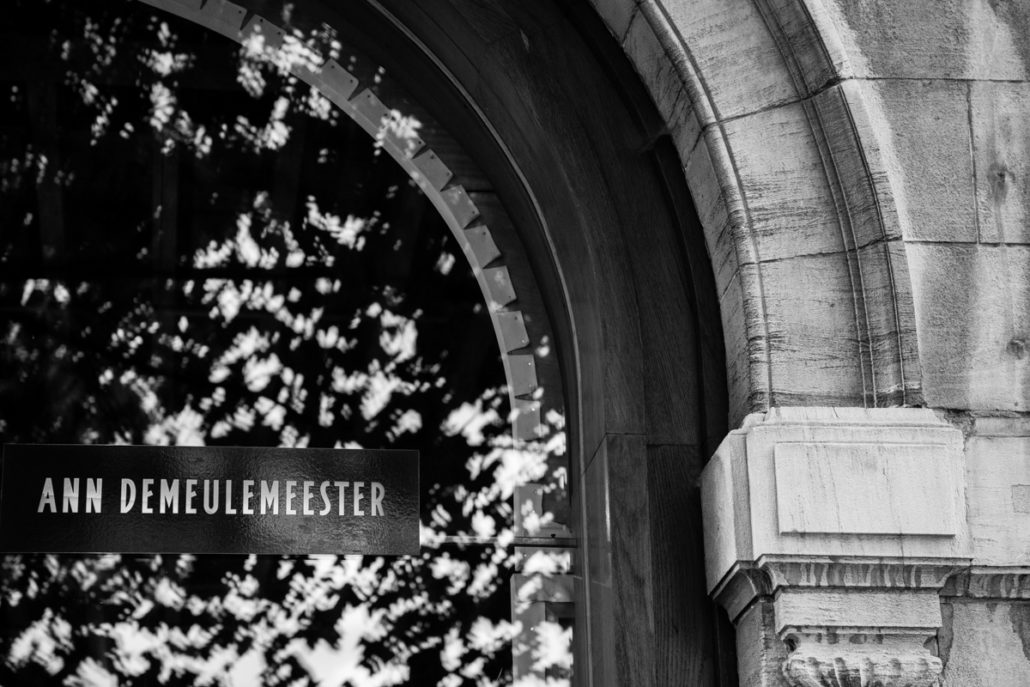 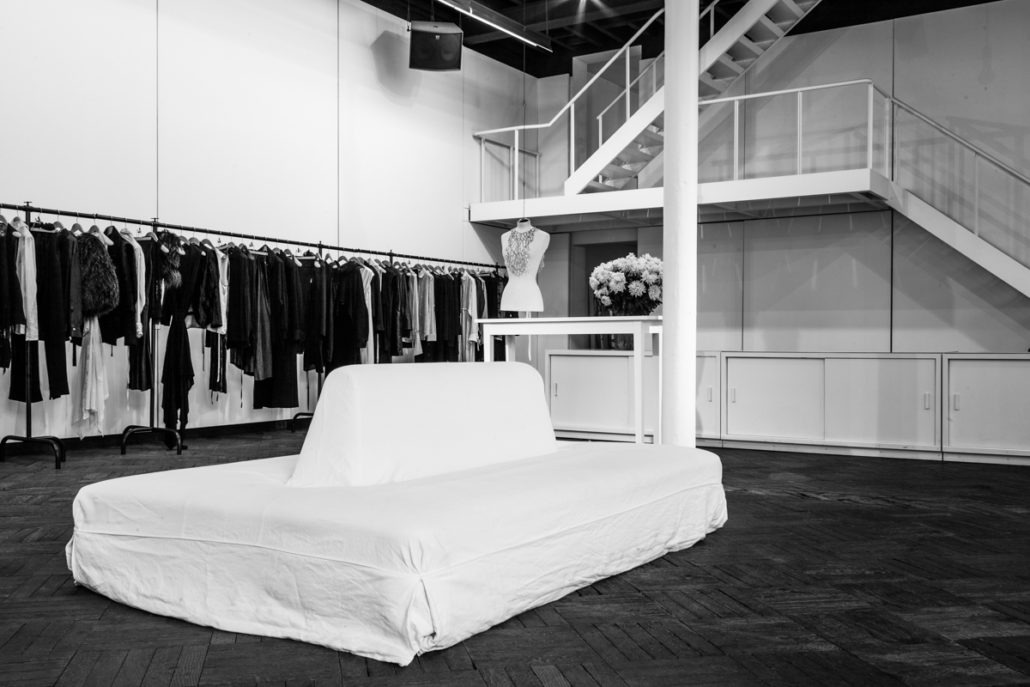 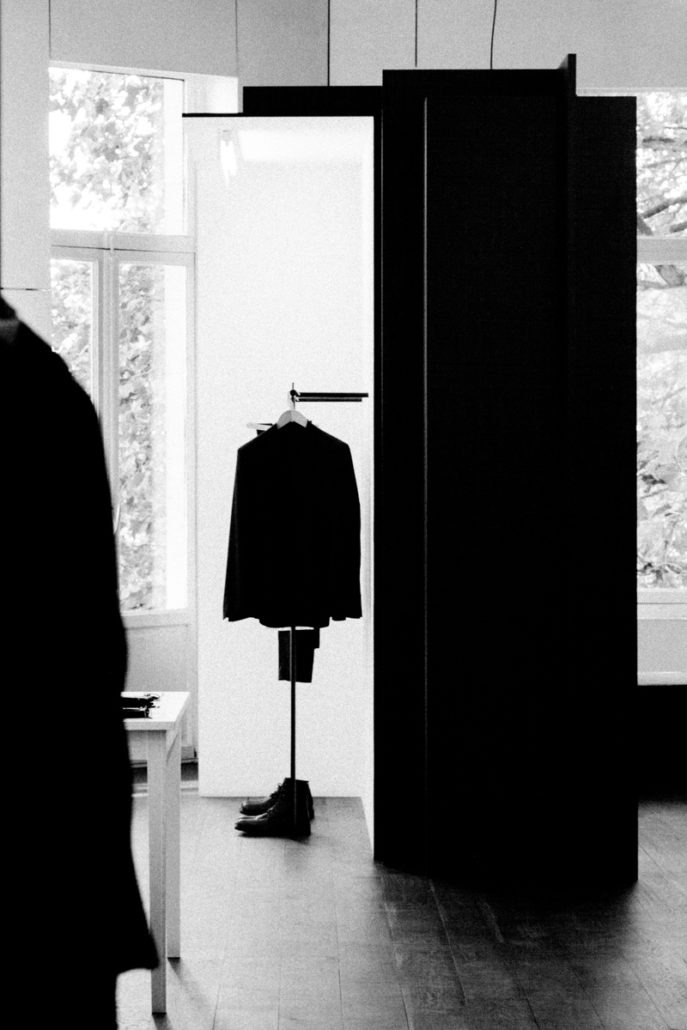 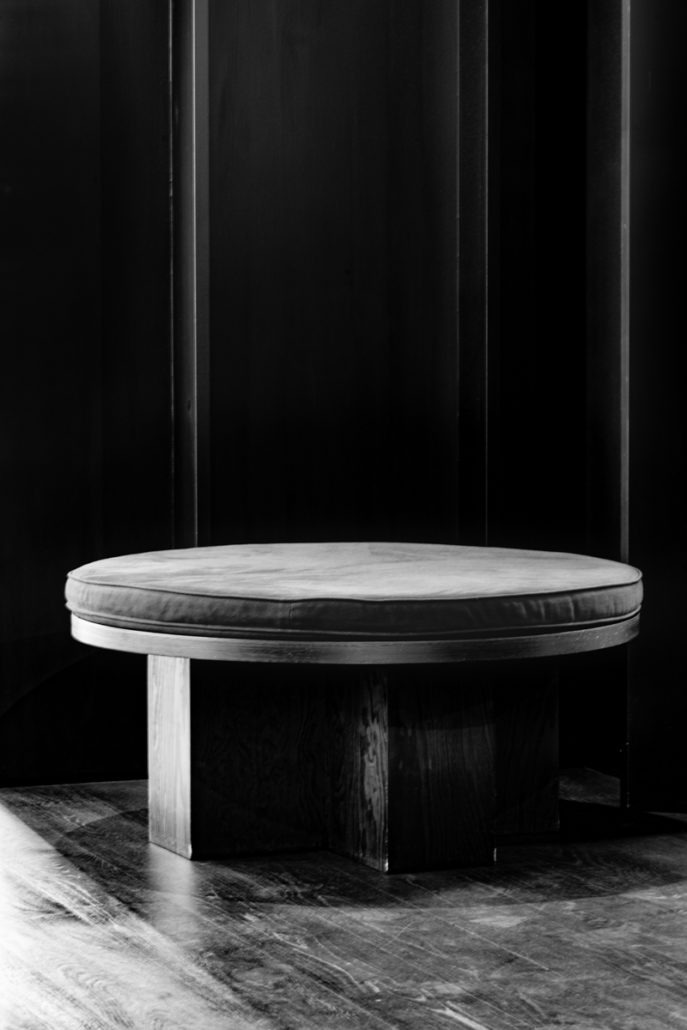 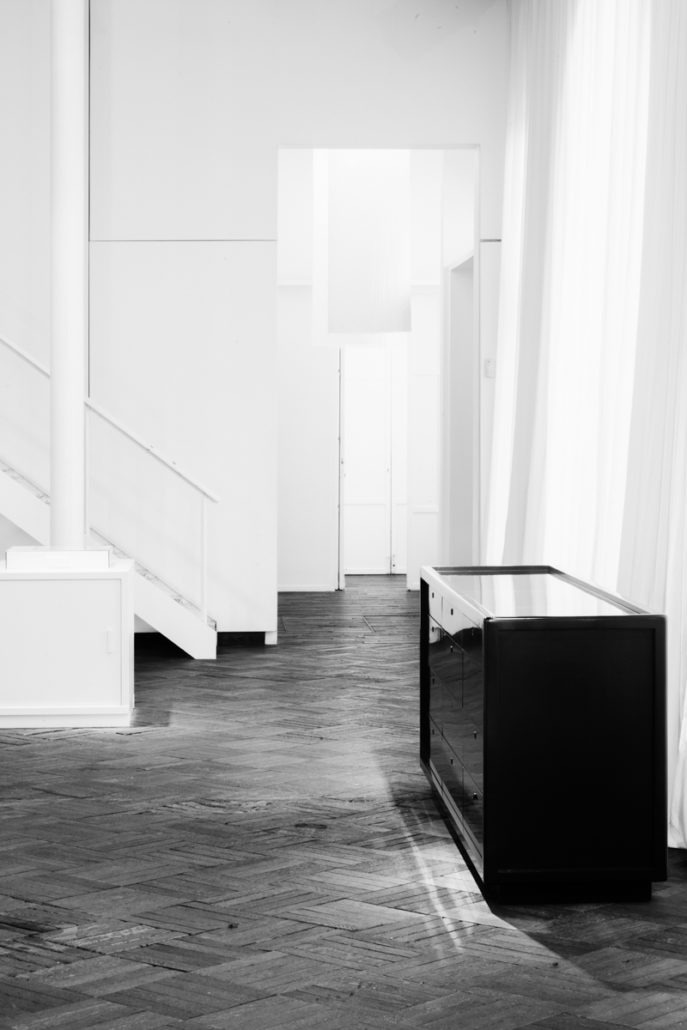 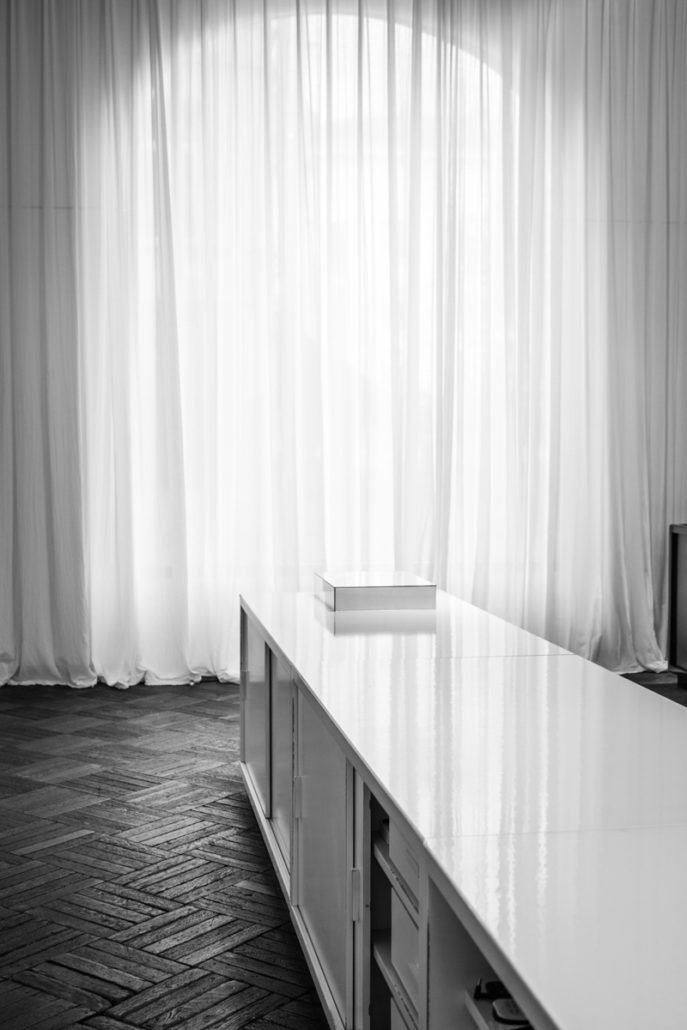 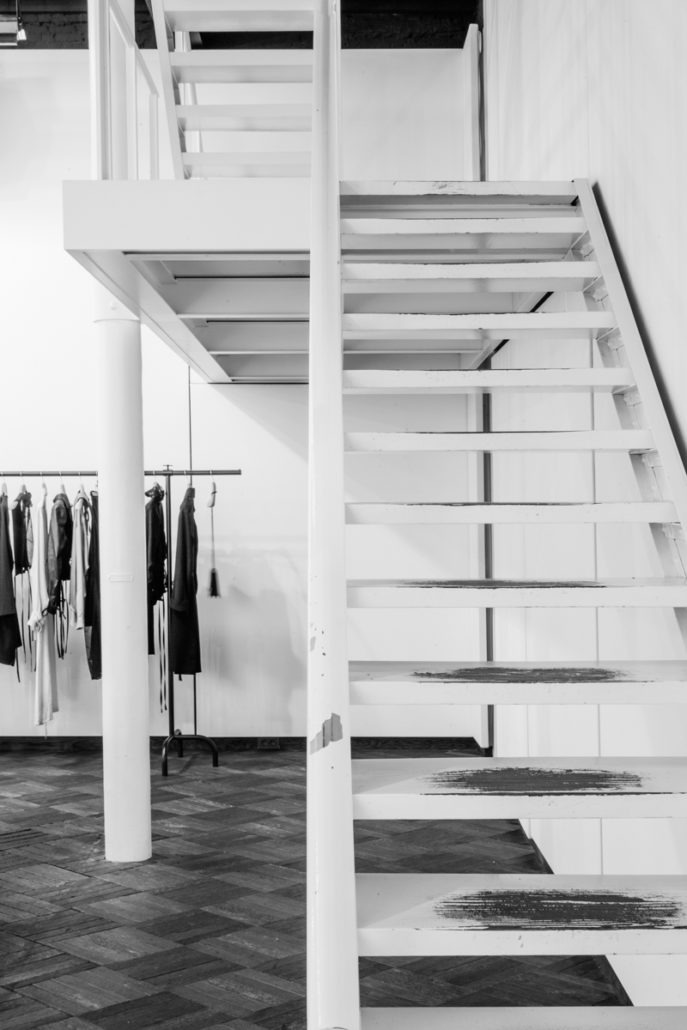 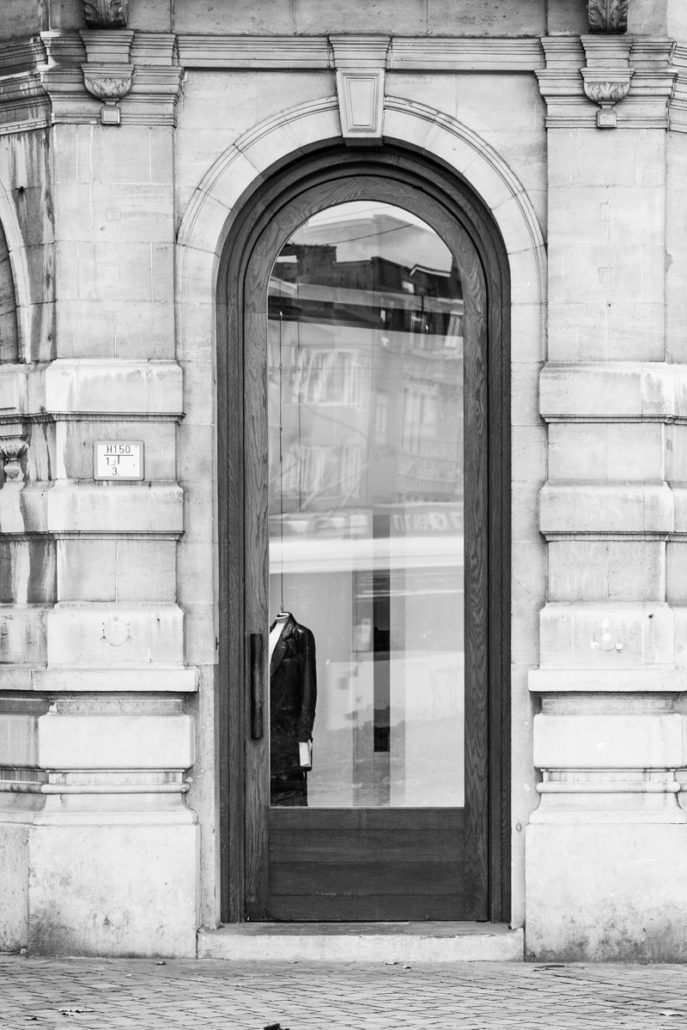 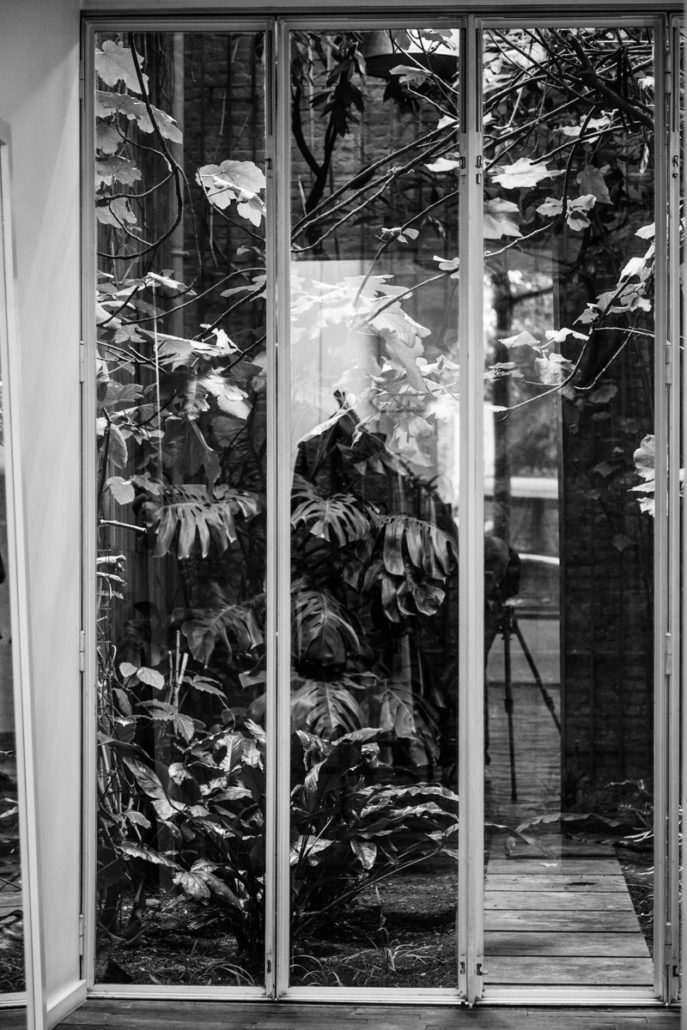 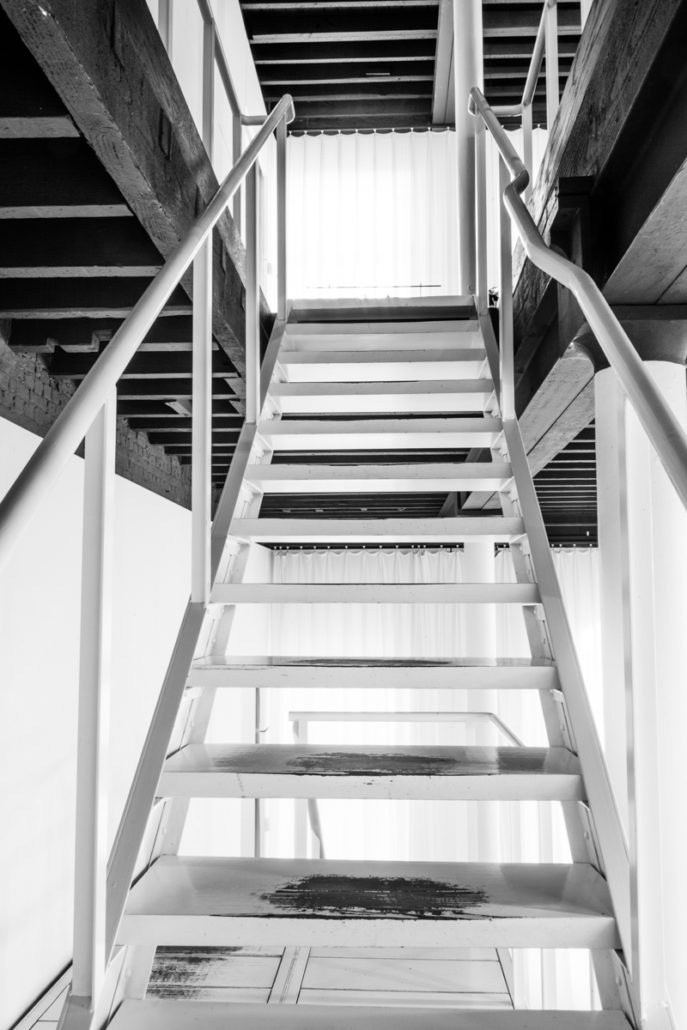