The Story of the Face 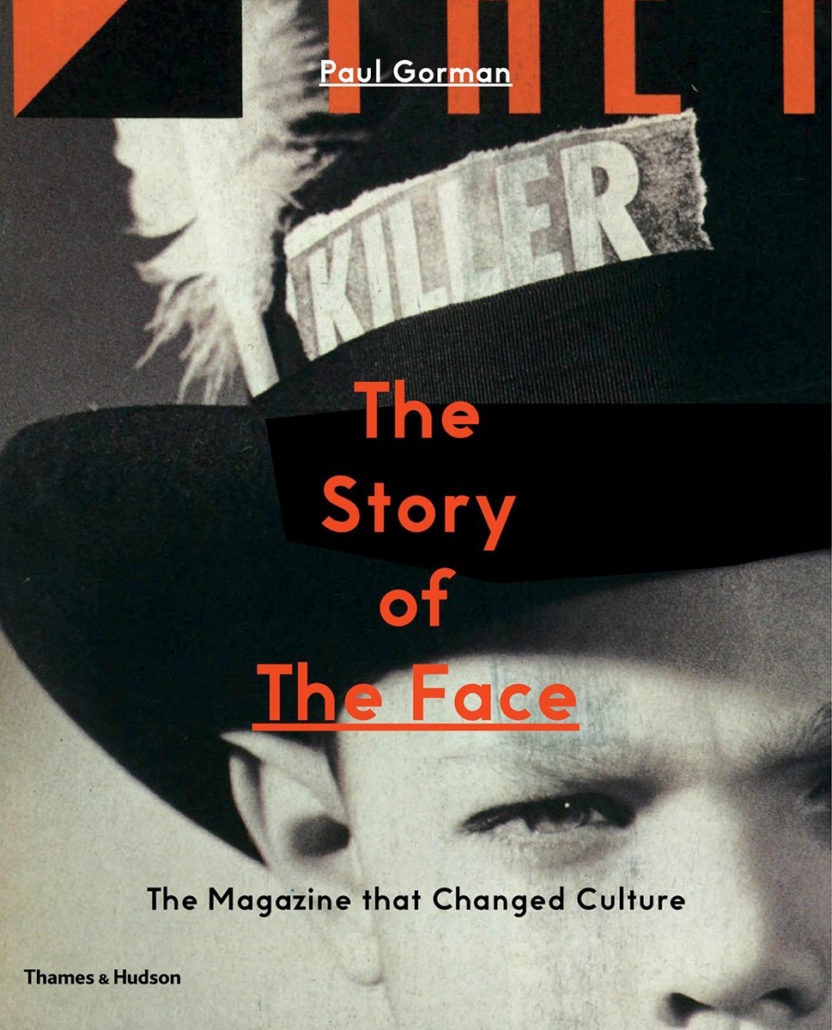 1980 saw the dawn of the Video Era. The UK record charts were filled with colorful young pop stars, all Bowie’s children, striking poses in hairspray and eyeliner. Visage, fronted by New Romantic nightclub impresario Steve Strange, had a slick and synthetic top ten hit with Fade To Grey, where the accompanying video was a virtual tour de force of cosmetics. And Adam Ant sang “Ridicule is nothing to be scared of” in his chart topping single Prince Charming, unveiling a succession of dazzling looks at the video’s climax. In the pop universe, it seemed the ‘80s would be the decade in which the presentation of style, and its transformative power of reinvention, would reign supreme.

The Face launched its debut issue in May of that year; a glossy music mag featuring glossy pop stars. Jeffrey Dammers from The Specials grinned on the cover in a sleek mohair suit. Inside, large format pictures of The Clash and Madness sat next to stories on trendy clothing shops. “As much as I wanted to share my enthusiasm for the groups, it was also about the clothes they wore”, says the mag’s founder Nick Logan, who had also created Smash Hits, a pop magazine aimed at the teen market, just two years earlier. But Logan was not alone: both i-D and Blitz, two titles that shared similar interests as The Face, were also launched that year.

For two years The Face gained traction and global distribution, but the September 1982 issue was a turning point. A close up of a man’s behind in a pair of well-worn Levis, with the headline “Hard Times” (a comment on a new club scene where hard drugs, hard decor and hard clothes were found) was on the cover.

It was the first time a styled image, instead of a “face,” was used on the cover and it resonated with the nocturnal cognoscenti. It seemed The Face was no longer just a music mag about fashionable pop stars, but an actual voice in fashion. In parts of the world very far from London, The Face became the rag to be seen with. The hip demi-monde in Tokyo, Sydney, New York and LA, all snatched up copies that arrived on their shores. It was a badge to signal you were au fait with new sounds and new styles.

The January 1984 issue was the magazine’s next big breakthrough. It was the first time the work of the legendary stylist Ray Petri was featured on the cover of any magazine. The model Nick Kamen, one of Petri’s discoveries, was the face that would signal everything trendy and fashionable in the mid-eighties London. The heavily styled portrait of Kamen (hat, sunglasses, top, scarf, metals, sunscreen and band-aid) became iconic, propelling both The Face and Petri into the global spotlight.

The impact Petri had of fashion, in particular men’s fashion, cannot be overstated. He was the first to combine sportswear (sweatsuits, cycling tops, etc.) with tailored garments, shown predominately on black or mixed race models.

Buffalo was the name of his creative company, but the term was most commonly used to refer to his clique of models, photographers and hairdressers. Their uniform of black MA-1 bomber, turtleneck, and Levis 501’s became the look of the ‘80s. Petri went on to style three more covers and many stories. And his contribution was also integral to the success of Arena, a menswear magazine launched by Logan in 1987, after witnessing the enthusiastic response Petri’s editorials received in The Face. Petri, Simon Foxton at i-D, and Iain R Webb at Blitz (along with others) were largely responsible for the term “stylist” entering the public domain, prompting many to join the ranks. His bold yet romantic stories on The Face’s sheeny pages were a marriage made in heaven. 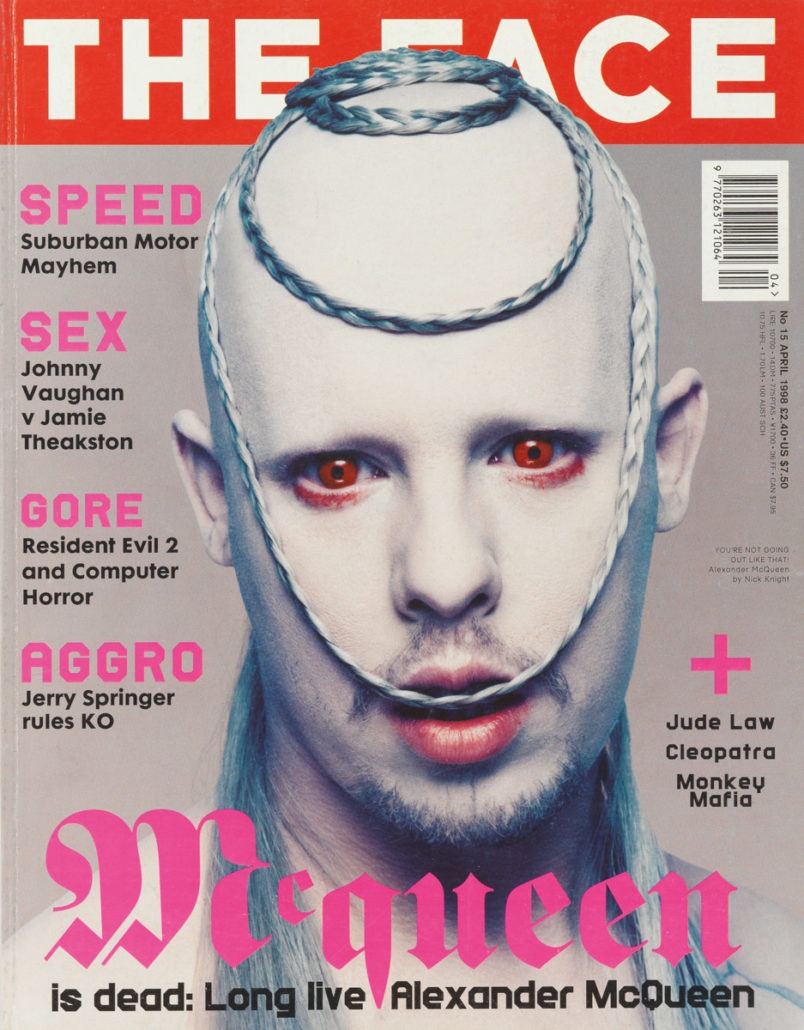 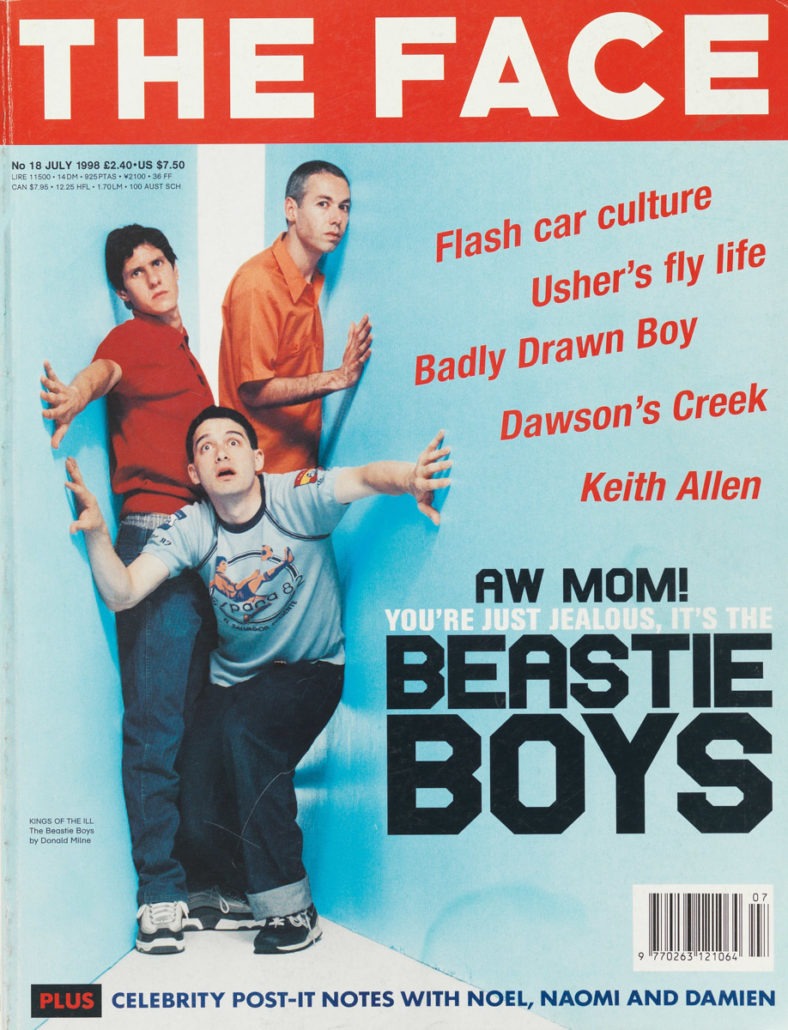 It was also in 1984 when i-D changed their format from landscape to portrait, signaling a change in direction. They too were contenders for the role as the de facto ambassador of trendy London. Deeply immersed in club culture, i-D featured many exotically attired disco citizens, plucked from the thumping dance floor and plunked onto their pages (Leigh Bowery was a regular). Their inclusive attitude, cheeky and cheerful humor, and irreverent design was somewhat at odds with the artfully manicured style of The Face under graphic designer Neville Brody. i-D promoted style (and styling) as something one could do on one’s own. There were no haughty dictates, no “what’s in/what’s out” columns and no slagging (to coin an British phrase). However, the same could not be said for The Face.

Along with i-D, The Face became a “how to” manual for youths everywhere who were interested in fashion and style, but felt alienated by the established fashion titles like Vogue or GQ. At the time, The Face didn’t have access to many of the large and commercial Parisian or Milanese fashion brands (it was seen as too “street”), so vintage and surplus found their place in editorials, making it easy and cheap to approximate the looks. “It’s not what you wear but how you wear it,” became a mantra.

And the world caught on. By 1985, nearly every city in the developed world had a club night based around black, peroxide, eyeliner, Dr. Martens and electronic dance music. What began as niche became an alternative mainstream. The “Designer” Eighties had emerged and The Face was at the very core of what we think of when describing the second half of that decade: a discerning and elitist attitude, knowledge of art/architecture/design/popular culture, and understanding the classic but adhering to the modern. That eclectic pick and mix aesthetic, so dominant at the start of the decade, was replaced by chic good taste, urbane sophistication and a lot of black.

The Face also spearheaded the look that completely changed our perception of fashion at the beginning of the ‘90s by featuring editorials styled by Melanie Ward of a 15-year-old Kate Moss, the original waif. From 1990 to 1993, Ward’s stripped down approach to style (which became known as grunge), swept away the lipstick and stilettos of the previous decade. The look was absorbed into fashion’s vocabulary where it remains today, omnipresent and potent.

The subtitle of the recently released book, “The Story Of The Face,” ($50, Thames and Hudson) is “The Magazine That Changed Culture,” and it’s not an exaggeration. The mix of popular culture and current affairs, delivered in a smartly designed package, inspired and shaped two decades. Former US Conde Nast Editor James Truman, when expounding on a piece written by Amy Spindler on The Face, stated “It (The Face) insisted art direction be not merely a vehicle for its content [and it] was the first magazine that used style as a prism through which you could shine everything to make a statement”.

This spot-on assessment is laid bare in the 352 pages of “The Story Of The Face” when viewed through the lens of fashion. The book is bursting with editorial images from the magazine’s extensive archive, showing the changes in fashion, not only in terms of the actual looks but also in attitude and approach. The work of so many creative talents graced their pages during its twenty-four year history that were those names be struck from fashion it would leave an incomprehensible void. Simply put, The Face expanded our definition of what style could be.

Plans are now afoot to relaunch the seminal title. Lets hope this next chapter will be as exciting as the first. 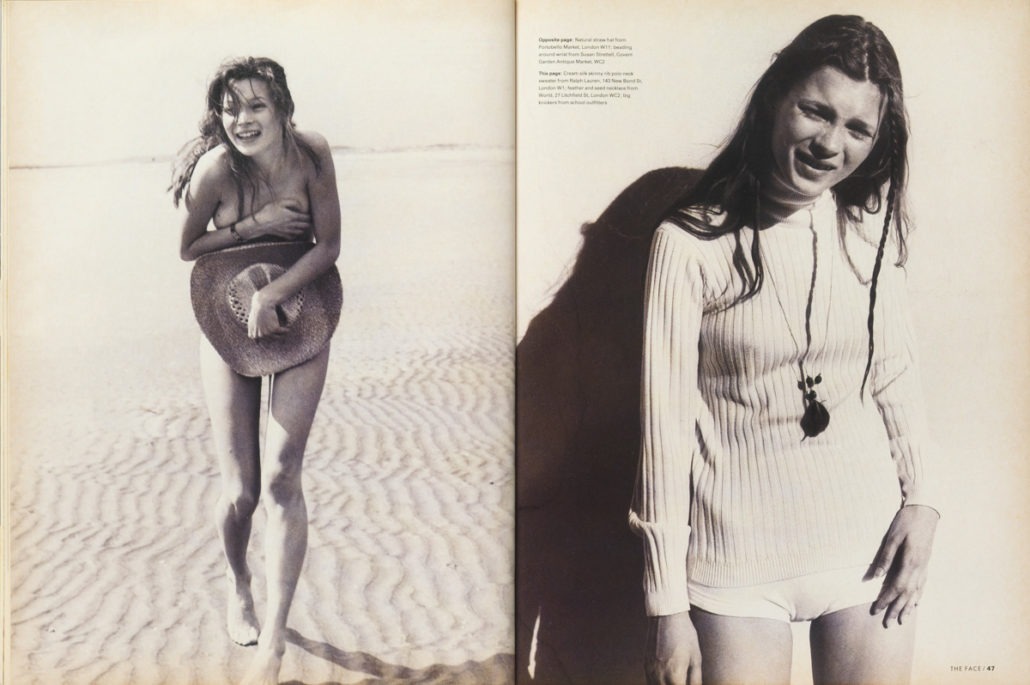 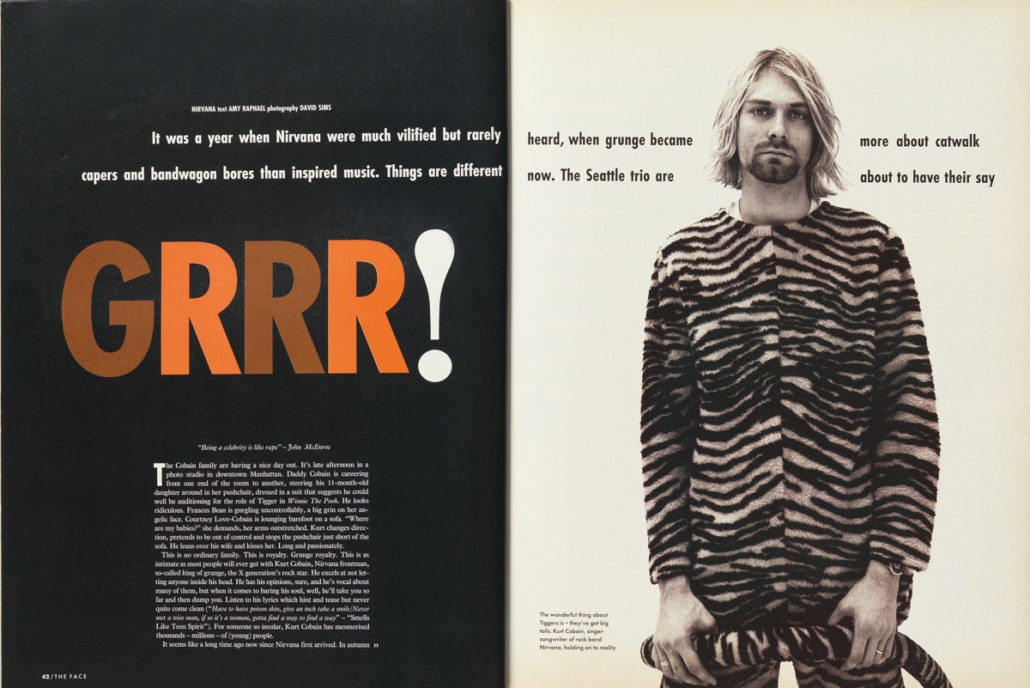