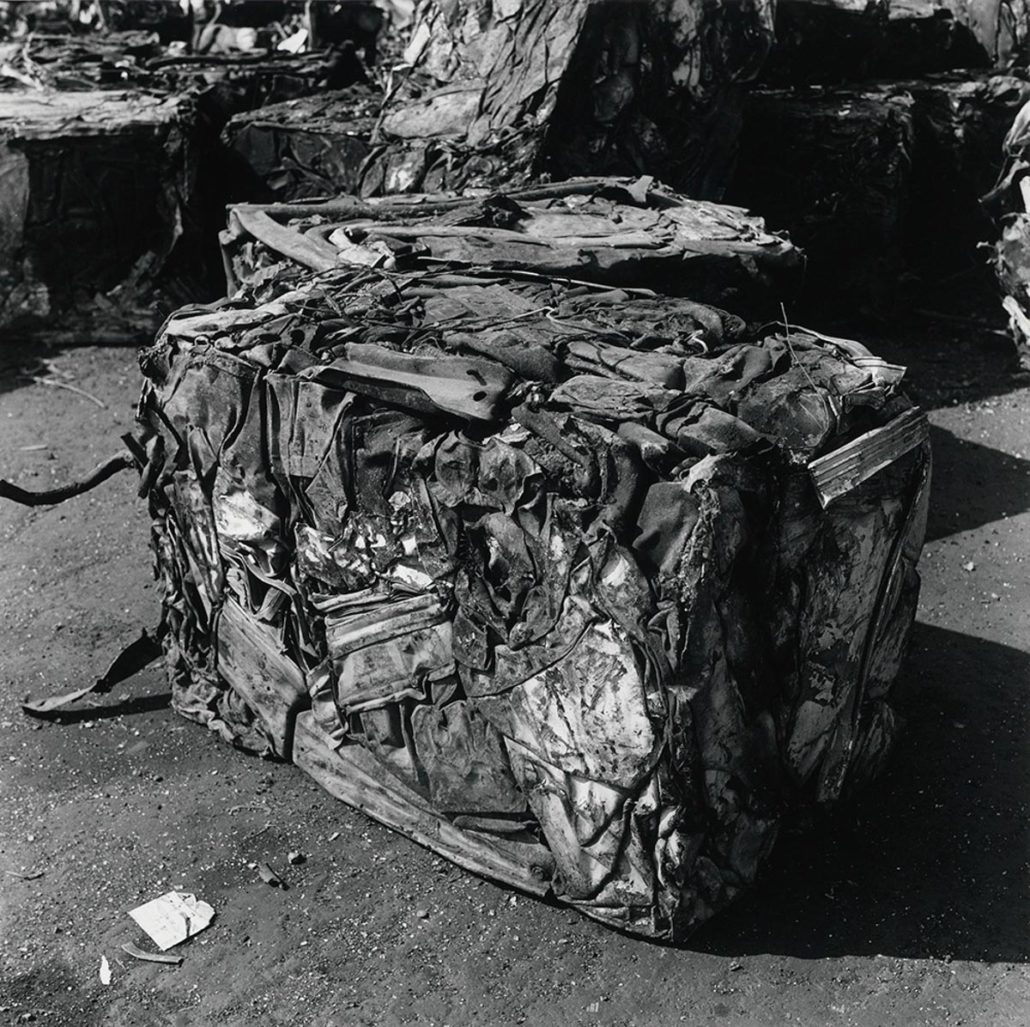 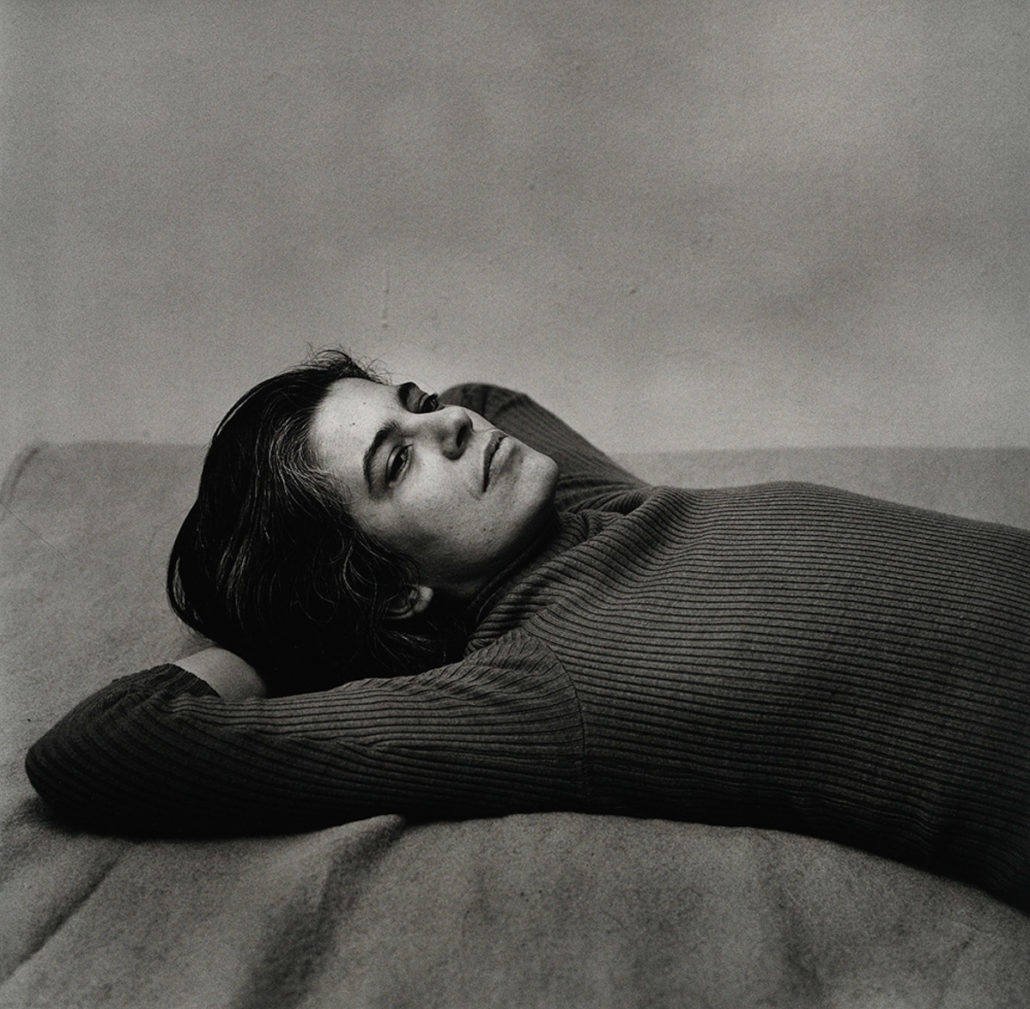 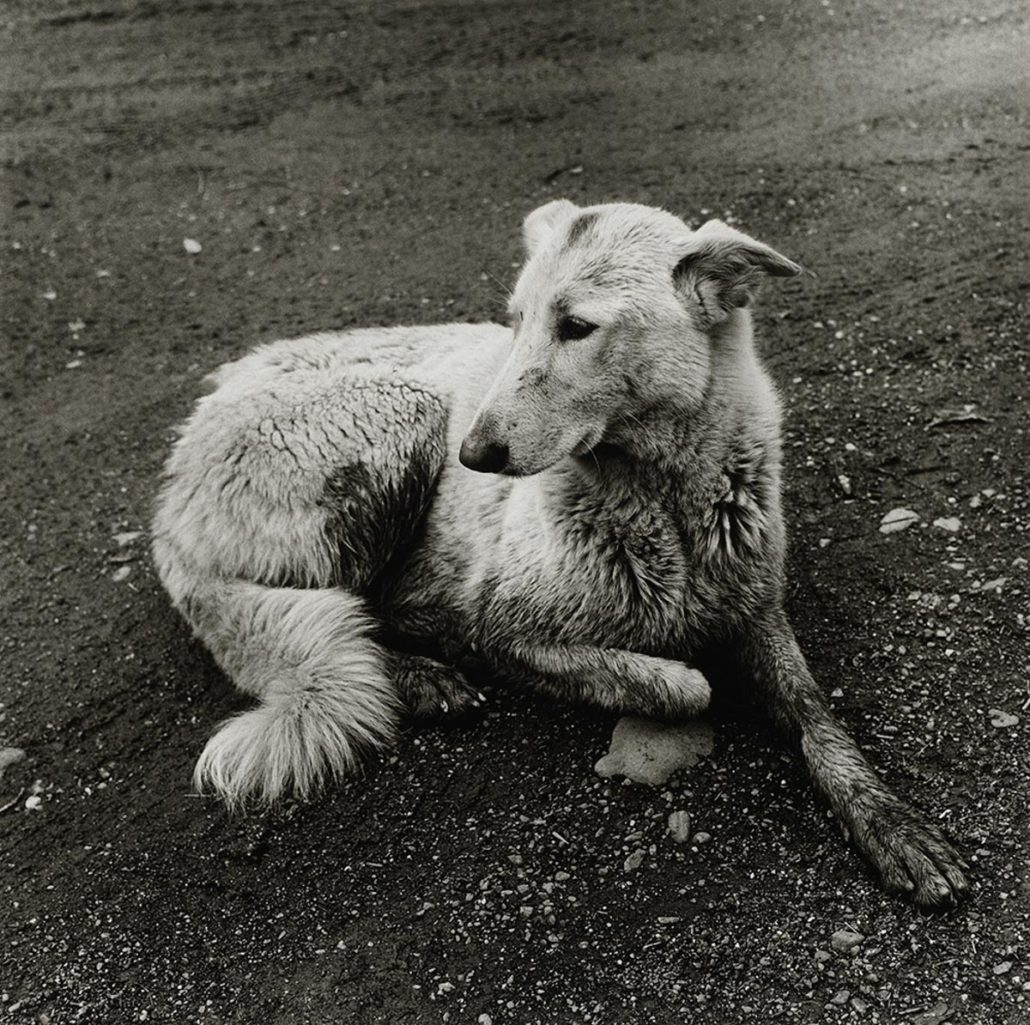 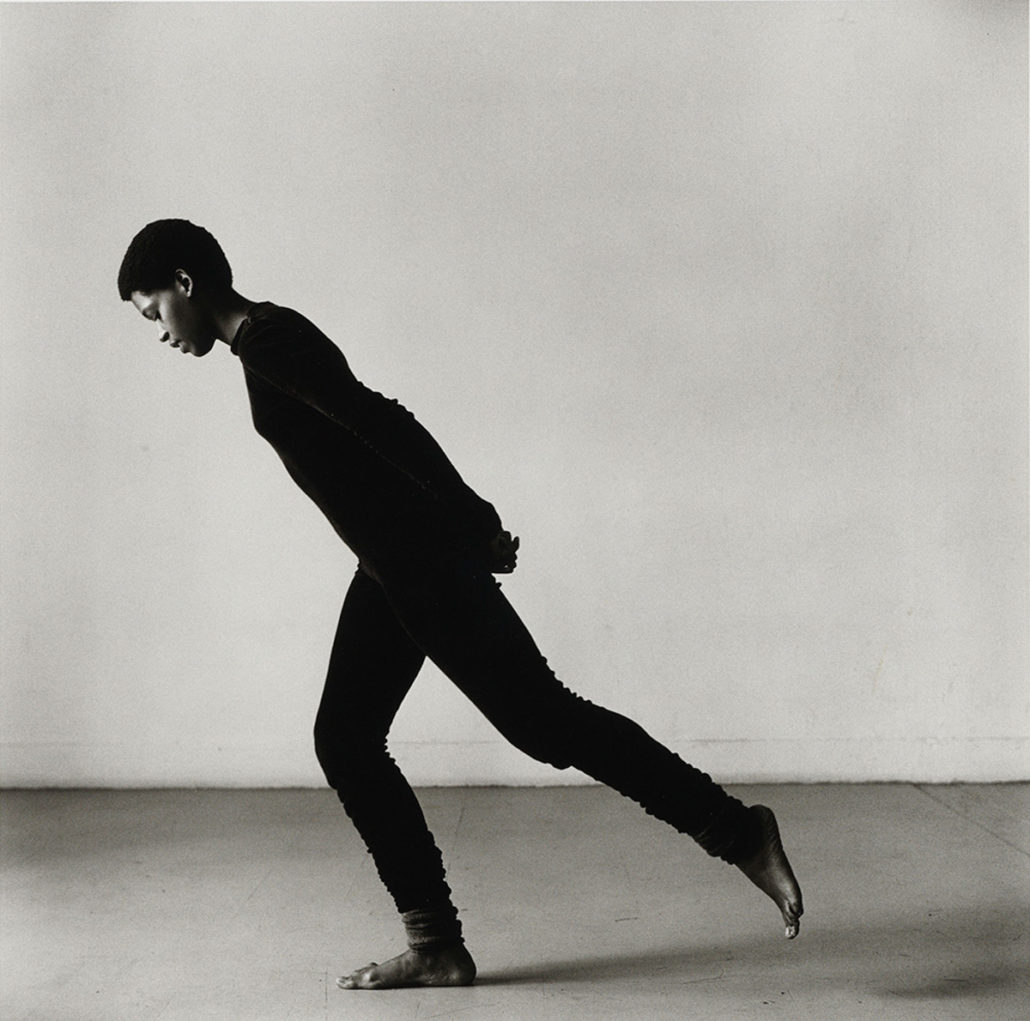 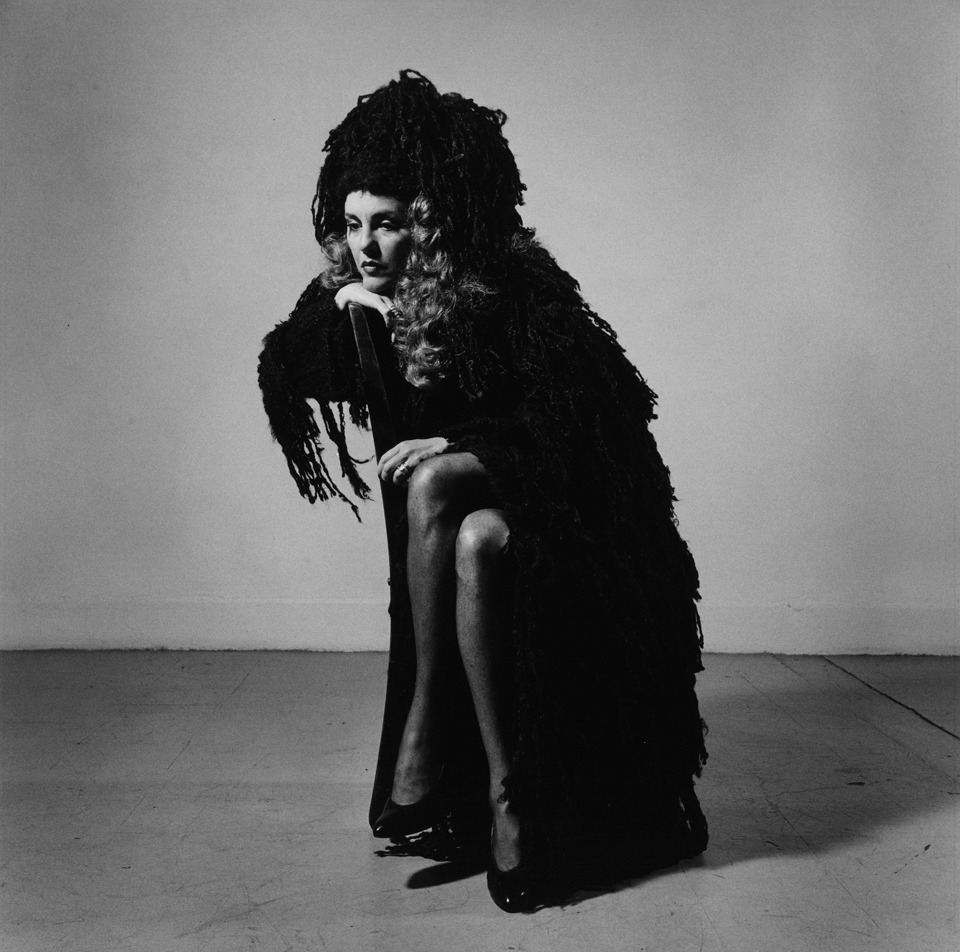 Later that day, January 2, Peter Hujar’s show opened at the Gracie Mansion Gallery… Gracie turned practical matters over to Sur Rodney (Sur), who had a particular knowledge of and interest in photography.  Sur asked Hujar what he wanted.

To show a hundred photographs.

Sur told him to bring them in and lay them out, and they’d do it.  “We pretty much said, ‘Do what you want, and we’ll make it happen.’

Sur explained, “I installed our shows, but I said, ‘I’m not going to hang a hundred photographs behind glass, all perfectly neat.’ So we hired a very expensive art installer… and they did the whole thing beautifully.  It was laid out exactly the way Peter wanted, and he was thrilled.  Totally thrilled.  Because he got to show the show to look the way he wanted.  And I think we sold two prints out of that show.  They were six hundred dollars a piece, and no one would buy them.”

This episode — which closes with a clarifying footnote that, actually, two other prints were traded, one “in exchange for some design work” — is from Cynthia Carr’s “Fire in the Belly,” a biography of Hujar’s one-time lover and friend, the artist David Wojnarowicz.  It also contains one long chapter titled “The Poverty of Peter Hujar” and a couple dozen other references that when taken together form to be the closest thing we have to a biography of Hujar.

“In another decade, another season,” Carr observed, “the show would have been regarded as an event, but in 1986, the art world ignored it.”

“In the opinion of Gary Schneider, this was Hujar’s best show, and though no one knew it at the time, it was also his last show.”  Hujar  died of AIDS-related complication the next year on Thanksgiving Day, age 53.

That “frieze of seventy [the exact figure it seems] photographs in no apparent order” currently graces the back wall of the Morgan Library & Museum’s exhibition, Peter Hujar: Speed of Life.  The wall text explains that, “In exhibiting his work, Hujar employed two-highly distinct methods.  He displayed prints either in isolation (most notably in his loft, where exactly one photograph at a time was on view) or in large groupings, two images high,” as for the Gracie Mansion Gallery show.  “He fine-tuned the layout for days until no one type of image (portrait, nude, animal, still life, landscape, cityscape) appeared twice consecutively. Each of his subjects thus held to its own identity rather than serving as a variation on an imposed theme.”

“Speed of Life” presents one hundred and forty photographs, including the Gracie Mansion shows, beginning with an amazing and amazingly charming 1955 portrait of Daisy Alden, an influential high school teacher of Hujar’s, and arcing over three decades’ work, including some greatest hits along the way, such as “Candy Darling on her Deathbed,” 1973, an image so iconic it’s hard to believe there was a time that it didn’t exist.  If there’s only one Hujar photograph you’ve ever seen, it’s probably Candy Darling.

Hujar shot fashion editorials for Harper’s Bazaar, GQ, attended master class with Richard Avedon, but turned his back on commercial success to exclusively pursue his portraiture (it is said that all Hujar photographs are really portraits, regardless the subject).  The Morgan included one superb fashion (I think fashion?) photograph on the opening wall of its show, “Madeline Kahn, 1981,” a beauty with crossed legs, head resting on her hand on the backrest, staring off at a downward angle, maybe towards the corner of the room. She wears a long, shaggy, black knitted wool coat or dress and a matching oversized knitted hat.  Taken apart, it consists of two hands, a pair of crossed legs, a face, a simple wooden chair, the woolen clothes, a cement floor and a plaster wall.  Taken together they produce an image mesmerizing, tinged with sadness or daydreams.

The Morgan might seem an unlikely venue for a Hujar retrospective given the impression most have of it as an old-fashioned place with old books, rare manuscripts, fragile works on paper and an air of old New York money.  In other words, the 70s and 80s downtown that Hujar magisterially documented, primarily from within the confines of his spartan, 2nd Avenue loft/studio, don’t immediately make The Morgan spring to mind.  However, in 2013, the Morgan became the repository of Peter Hujar’s collection, encompassing 100 prints, correspondence, tear sheets, ephemera and over 5700 contact sheets.  Further, there is an undeniable classical repose to all of Hujar’s work, so having to pass through The Morgan’s hush to arrive at hem gets a person in the appropriate frame of mind.  The era might have been rowdy; the work is certainly not.

There is not much variation in the size of Hujar’s prints — pretty much a 14 x 14 format give or take a few inches (and a smaller print format that he used to give as gifts to hosts of dinner parties) — and no color.  Consequently, the installation is a stately march of nearly square, nearly identical, framed black and white photographs and, while it might feel a bit overhung, it does not distract from the task of engaging and staying engaged with the work.

Hujar’s photographs really are somehow timeless.  While presented in chronological order, you’d never know it from the photographs themselves.  The last one could pretty much be the first.  Even his cityscapes and night time work (seek out Peter Hujar “Night,” published by Matthew Marks and Fraenkel Gallery) do not come across as dated, despite the world they depict being gone.  Same goes for portraits of otherwise famous personalities: the portrait of a reclining, attractive, dark-haired beauty is still so fresh and vivid and remains so even in your mind even once you “know” that it is Susan Sontag, 1975.  The immediacy of place, person, thing comes first.  The who, what, when, where are, in that regard, secondary or complementary.

The flesh and blood humanity of the drag queens, artists, performers and friends that Hujar immortalized in his prints is evident in each and every precisely made print regardless which way you turn within the Morgan installation, even when what you’re looking at is a formal portrait of a Goose in Germantown (1984).  Per the wall text: “In 1980, his friend David Forman acquired a farm in Columbia County, and Hujar was  a frequent visitor.  Forman recalled that when Hujar was photographing horses, cows, or the two geese, Pius and Urban, he would speak to them in a constant, ordinary conversational tone.  Hujar’s animals often appear to be holding a pose, as if they were people who, understanding what a camera does, arranged themselves like a photograph.”

Hujar published one photobook during his lifetime, “Portraits in Life and Death.”  Carr quotes a friend  of Hujar’s who watched him decide what images would go into the book.  “For this project, Hujar wanted people with ‘a certain kind of isolation built into their personalities,’… people whose art came out of that profound isolation.  As Hujar’s did.  ‘Peter had a kind of fundamental isolation that he could never escape.  And he knew it.  It was the source of his suffering.  It was also the source of his art and his insight.’”

“Portraits in Life and Death’ is now a collector’s item,” Carr notes “but it found its way to the remainder bins during Hujar’s lifetime.”   Hard to conceive of that after leaving this show, but I guess it really was so.