DAVID BOWIE IS AT THE BROOKLYN MUSEUM 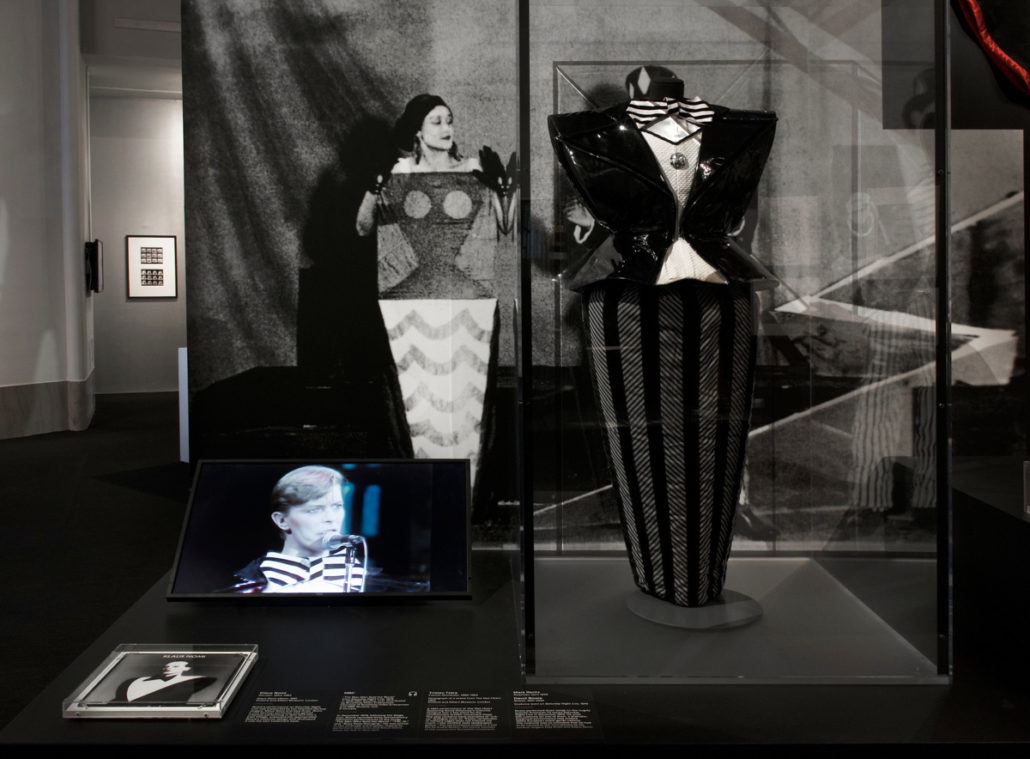 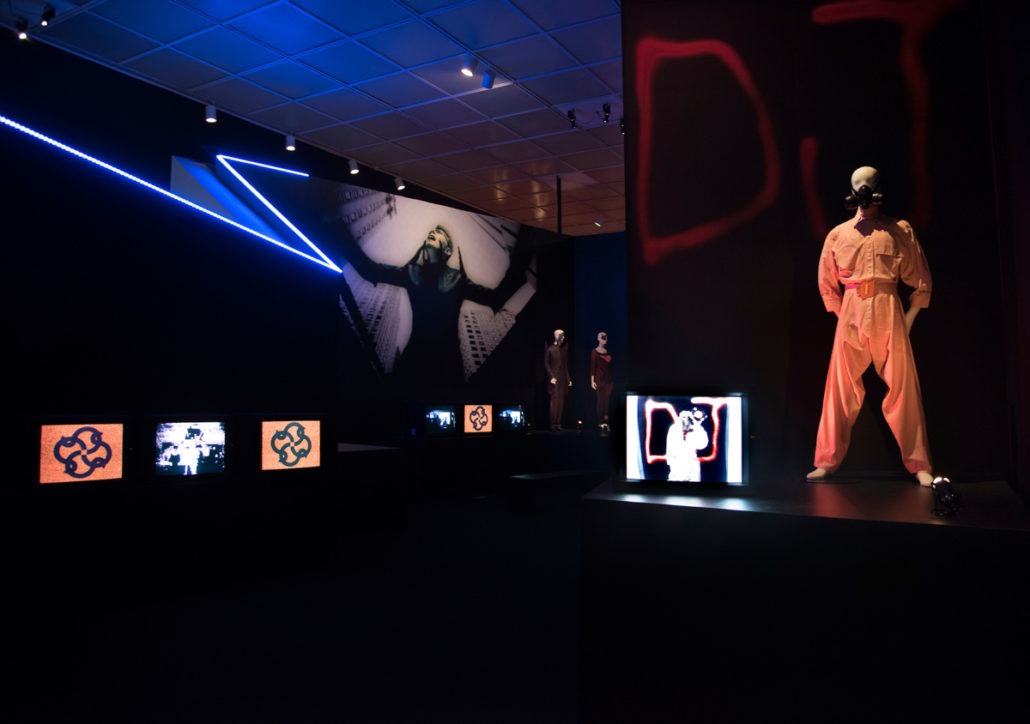 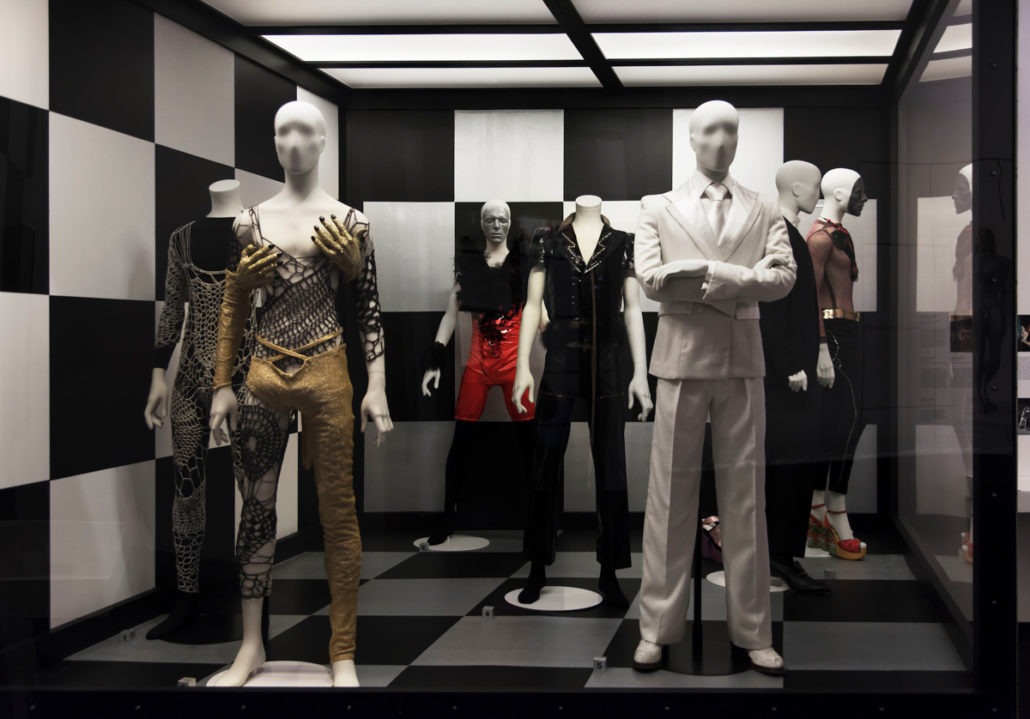 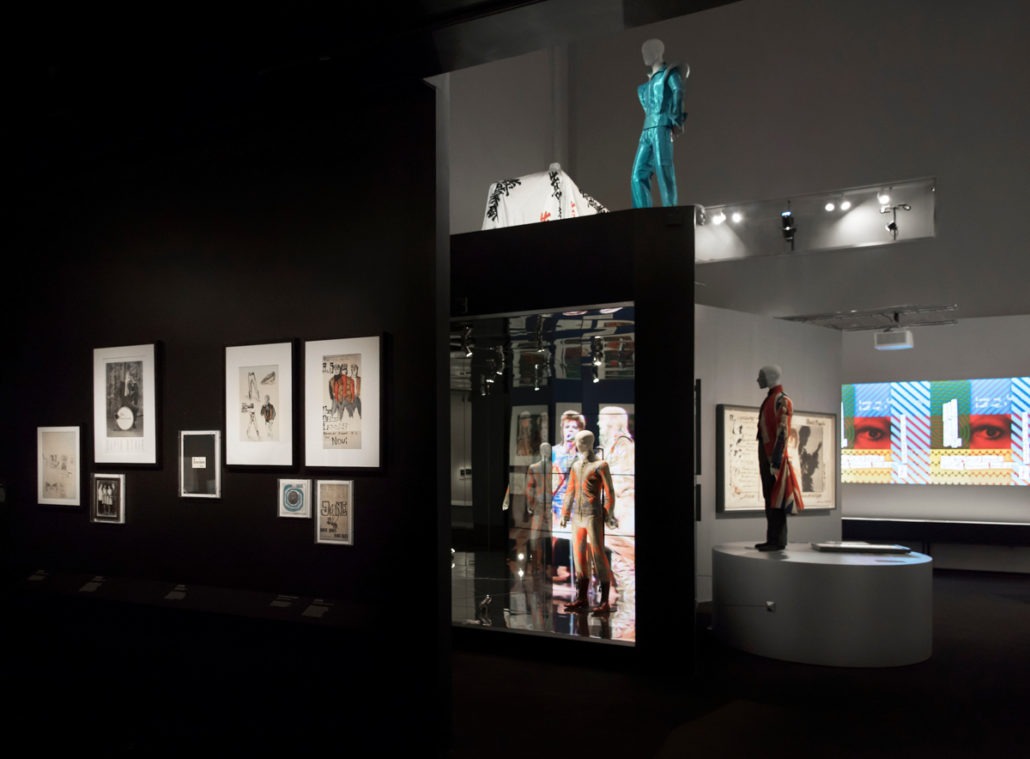 “David Bowie is” is a visionary exhibit. Conceived and launched by the Victoria & Albert Museum in London in 2013, several years before Bowie’s death, it was the first comprehensive retrospective for a popular musician. Its crowd-pleasing success – 1.5 million visitors across eight venues as of 2016 – set off light bulbs in many a museum curator minds on how to get the masses into the bastions of high culture. Curators have long ago abandoned the idea of museums as places of cultural uplift, where one goes for edification through learning and exposure to art. Mass taste has won, and if the curators want to keep their jobs, the crowds must be pleased. They are on to something, as museum attendance today is at historical record high. What people go to see at museums is a different statistic altogether. And, so, why not popular musicians? The success of “David Bowie Is” at V&A has already spawned a slew of music exhibits – from the horribly ill-conceived Bjork show at the MoMa, to a yawn-inducing ‘60s rock exhibit “Revolution” I saw in Montreal last year, to Pink Floyd, The Rolling Stones, Leonard Cohen, and many, many more guaranteed to happen in the coming years.

David Bowie is a popular musician of a better sort, an aesthetic chameleon and trailblazer, and his influence on pop and rock music is undeniable and wide-ranging. One neat piece in the exhibition was the “Periodical Table of Bowie,” in which people who have touched Bowie’s career and whose careers he has touched were assigned element codes. The elements ranged from Trent Reznor and Peter Murphy to Beyoncé and Lady Gaga. If you think about it, it kind of makes sense. Bowie is probably the only artist whose creative spectrum is wide enough to touch industrial music on one side and cheesy pop that hides behind something called “fierce” on the other. Bowie’s creative boat could’ve easily capsized into the pop territory, or as he himself said in one of the interviews you hear through a headset accompanying your viewing experience, “I could’ve become Elton John.”

He could have, but he did not. Oscar Wilde was – naturally – one of Bowie’s heroes, and in the Wildean manner he understood that surface can be deep if done right. In one of the interviews Bowie says that as a young man he bought books not to read them but to carry them around on the metro, their title peaking out just so, so people would find him interesting-looking. And in the era of mass media, Bowie understood early on that if you could not be interesting, being interesting-looking was enough. How prophetic! Nevertheless, as Bowie says himself, he ended up reading the books anyway, and was grateful he did.

But back to the exhibit, or rather, the Brooklyn Museum’s version of it. I will keep this brief, as I already reviewed the Chicago version back in 2014. Compared with what I remember seeing at the Museum of Contemporary Art in Chicago, the Brooklyn Museum exhibit underscored one truism – that Chicago has space; New York, not so much. At 4:15 p.m. on a Friday afternoon the narrow corridors of the exhibit, hidden in the most remote corner of the fifth floor, were stuffed to the gills. In order to get to it, my daughter and I had to wait in line for the elevator (hint, don’t wait – take the stairs next to it), and then walk through a dozen of rooms to get to the show’s entrance. The museum lets way too many people in – understandably, it makes money – the number of attendees at the time of my viewing should have been cut down by at least 25%. The overcrowding slowed us down to a crawl and made the exhibit rooms very hot, basically narrowing us down to two choices – we would have to be too slow or too quick. Either is a shame – you either miss important details, or you end up staring at an album cover for a full minute. Pick your poison. Or go on a Tuesday morning two months from now, I guess.

David Bowie Is, at the Brooklyn Museum until July 15th, 2018