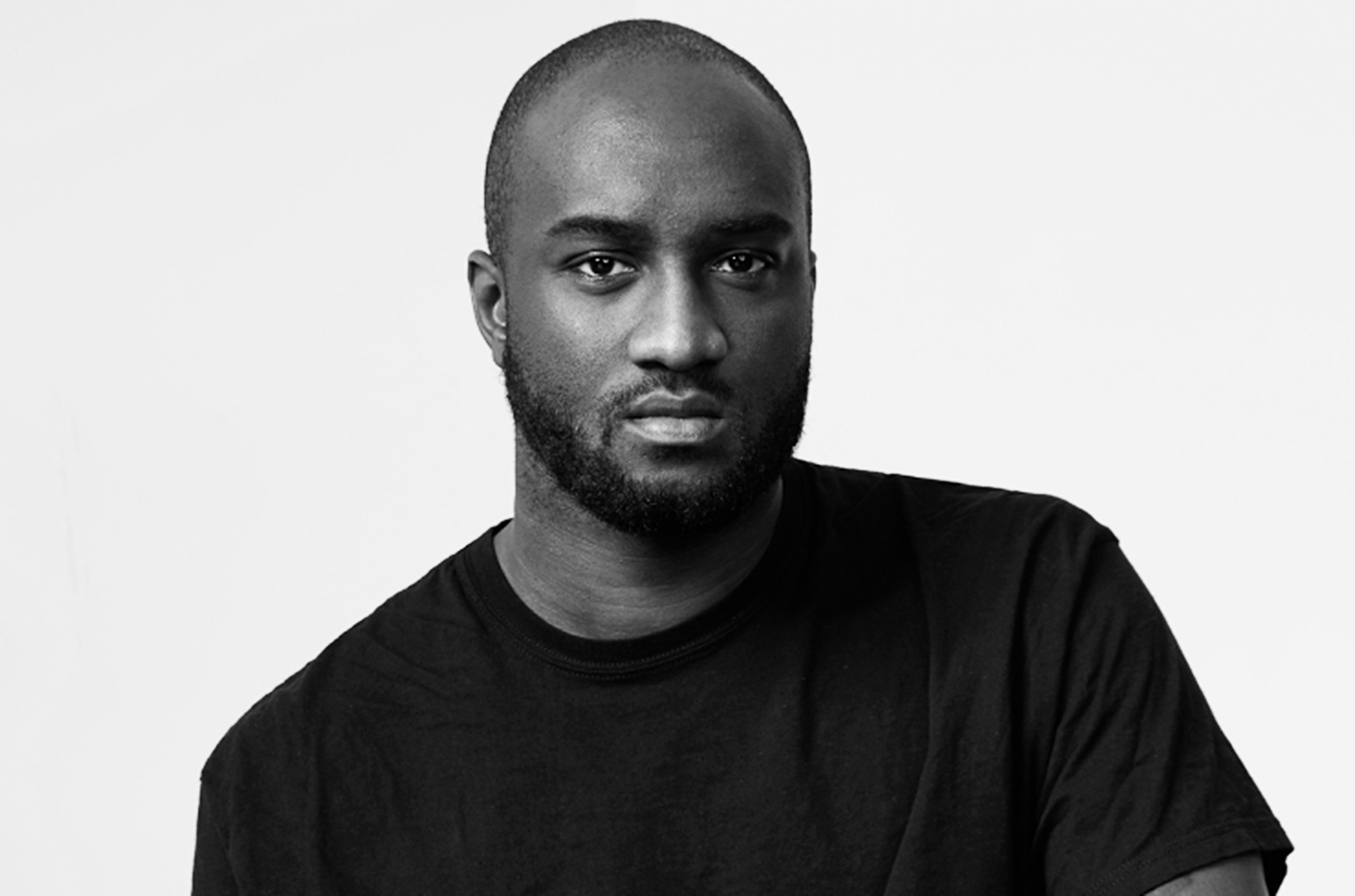 When two and a half years ago Balenciaga hired the unproven but exciting (at the time) Demna Gvasalia, Alex Fury, the respected fashion critic, wrote that Gvasalia’s appointment marked an important victory for design over marketing hype. And while the jury is still out on that, it is fairly obvious that in yesterday’s appointment of Virgil Abloh to helm the menswear at Louis Vuitton, marketing hype triumphed over design. In the fashion industry Abloh is widely considered to not be a real designer, but a savvy image-maker who has risen to the top through celebrity connections – most notably that of Kanye West – and social media.

Abloh, who has no education in fashion design, began his fashion career by printing Caravaggio paintings onto Champion sweatshirts for his first line, Pyrex Vision, and charging several times over their retail price. These, and his other streetwear items with “PYREX 23” (“23” after Michael Jordan’s jersey number), printed in stark white on black, owed an obvious debt to what Ricardo Tisci was doing at Givenchy. When rappers like Kanye West and ASAP Rocky began wearing them, hype quickly caught on. Capitalizing on that, Abloh went full force into fashion, by creating Off-White, a full-fledged line. But his work at Off-White, which added womenswear to his menswear, has remained largely meritless as fashion design – most of it is simply rehashing of apparel archetypes – jeans, hoodies, tees, denim jackets and so on. The majority of these aren’t even redesigned, but simply covered with a highly visible Off-White logo of wide slanted black and white stripes that resemble a traffic sign. It photographs well, and it telegraphs immediately what you are wearing. It’s irresistible Instagram fodder. And it sells like hotcakes.

As money and fame rolled in, indiscriminate collaborations with everyone from Ikea to Jimmy Choo to Nike followed, further contributing to Abloh’s rise. But the core of his creative career has remained hollow. Abloh represents everything that is spurious about the post-modern, ersatz, marketing-driven culture we live in – photographers instead of painters, DJs instead of musicians, and stylists instead of designers. Not that the former are without merit – they are just easier to fake. As Hussein Chalayan – a fashion designer par excellence – once noted, “I don’t know any other business where a rich man’s wife can employ a team to work for her and declare that she’s a designer with no prior training. It cheapens our industry.” Indeed.

All of this makes the move on Louis Vuitton’s part look incredibly cynical. Of course, it’s also a major business opportunity. As it stands today, Louis Vuitton is both a stodgy purveyor of old-fashioned luxury and a seller of mass luxury goods. It is the largest luxury brand, but its customers are mostly women. And While Kim Jones is a fine designer, Louis Vuitton’s menswear has always been an afterthought, until last year’s collaboration with Supreme. The wildly successful experiment proved to Louis Vuitton that if the company wants to sell menswear, it should go after the elevated streetwear market. Seen in this light Abloh is a perfect choice. That his hiring is completely antithetical to the Louis Vuitton brand clearly does not bother the brand’s executives.

Commenting on the new hire, Michael Burke, Louis Vuitton’s CEO, said, “From the mid-19th century to the 1920s and beyond it [LV] always sought to cater to the new wealthy class, not the old aristocrats.” In what universe?! At best, one could say that Louis Vuitton is an aspirational luxury brand, that the first thing a newly-minted middle class woman will buy is a Louis Vuitton bag, in a clear imitation of those old aristocrats (one does not typically “aspire” to the same social class one is already in.)

The trajectory that Louis Vuitton envisions for its menswear seems pretty clear. Its mighty marketing machine coupled with Abloh’s reputation and his Instagram following promises serious money. Menswear presents a fairly easy target, because it is a uniform-based style of dressing. I can see Abloh producing the same menswear archetypes he churns out now at Off-White, only with a different logo on them. Sadly, that’s what much of men’s fashion has become. The clothes itself are increasingly irrelevant, because they are the same – thus branding matters more and more.

But perhaps what is more important than what hiring Abloh means for Louis Vuitton is this – his appointment is a disservice to fashion at large. Because fashion is a creative industry, there traditionally has been an implicit understanding that brands have a certain duty to creativity, not only to satisfy the critics, but to also maintain a certain cultural cache, even if it meant a slightly smaller figure at the bottom line. Even a cursory look at the LVMH roster from the past two decades – John Galliano, Alexander McQueen, Hedi Slimane, Nicolas Ghesquiere, and Phoebe Philo – tells the same story. In hiring Abloh, Louis Vuitton signals that clearly this is no longer the case. Is there any point left in lamenting the dismal state of contemporary fashion when all its biggest players see are dollar signs?