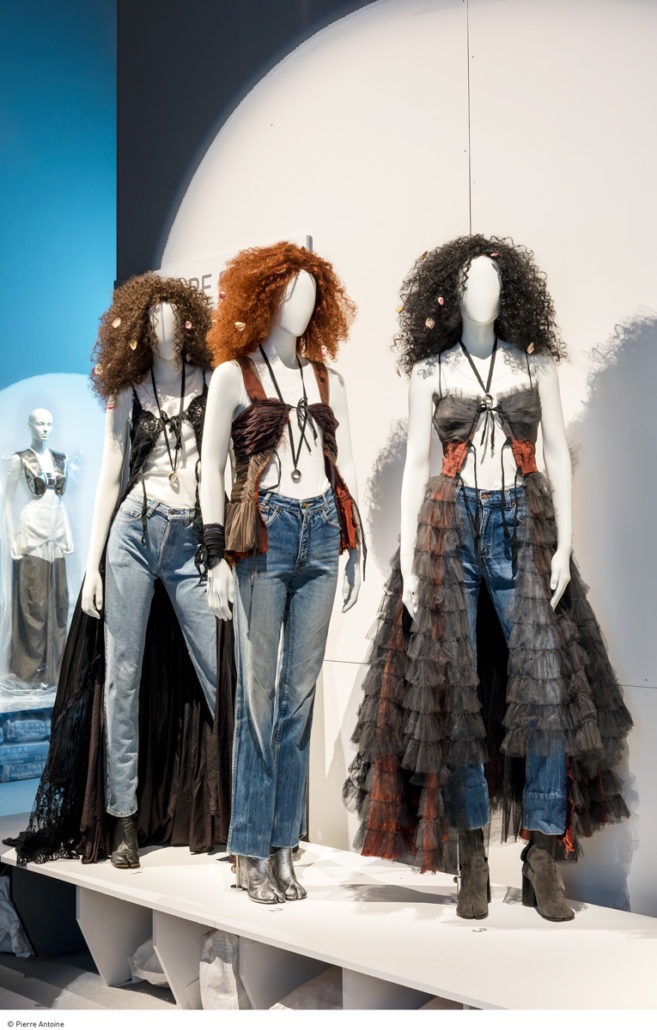 Amidst all the shows during this past fashion week in Paris one stood out in particular, and not only because it was not held on a catwalk. 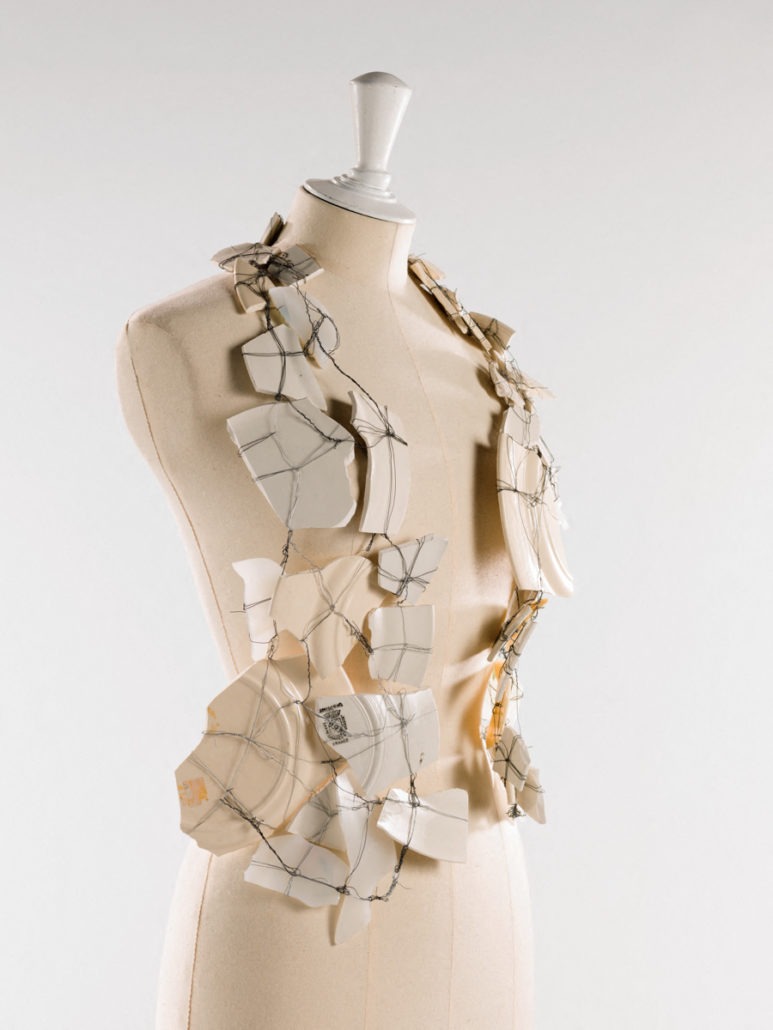 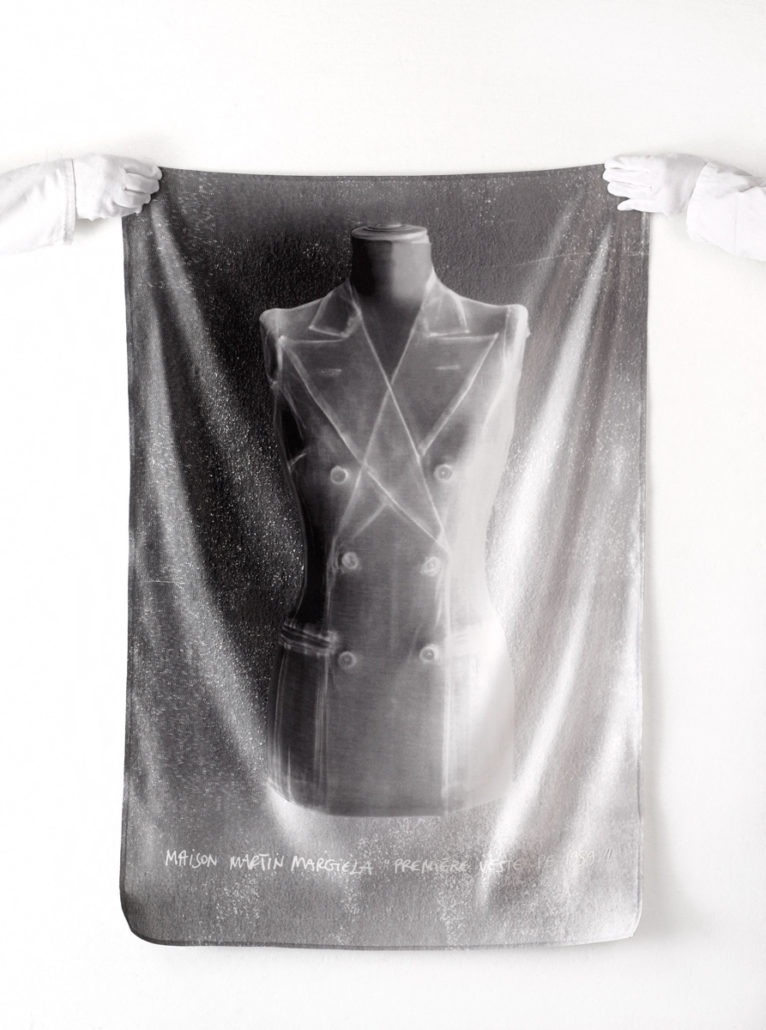 Amidst all the shows during this past fashion week in Paris one stood out in particular, and not only because it was not held on a catwalk. Pretty much every editor I know took the time out of their ping-ponging between shows to stop by the Palais Galliera museum to see the newly opened retrospective of the work of Martin Margiela, the Belgian designer whose impact on fashion is still felt today.

This is the first retrospective of Margiela’s work in Paris, and along with a concurring exhibit “Margiela, The Hermes Years,” that originated at the MoMu in Antwerp last year, it comprises something called “Saison Margiela 2018 a Paris.”

Two clichés are known about Margiela – one, that he was reclusive and prided himself on anonymity, and two that he was “avant-garde.” I’ll try to avoid these tropes.

Margiela’s work has found a resurging interest in the past few years as Demna Gvasalia’s first several seasons at Vetements were heavily influenced by his work at Margiela. The oversized silhouette, the reworked garments, a certain off-kilter masculinity in the way women dress were all parts of the Margiela vocabulary that Gvasalia swiped for his own purposes.

That Margiela was a giant of fashion design was often lost on the public, which was content with wearing a subtly reworked knit or a blazer with four stitches on the back with which Margiela’s label was attached to each garment, signaling that they were in the know. By the way, I would have loved if the exhibit answered once and for all whether those damn tags were meant to be removed or not, a question that I don’t think has been quite decided amongst the fashion nerds. This would’ve been a good place to do it, since the sprawling exhibit, which encompasses every single Margiela show from 1989 to 2009, was art-directed by the man himself.

But though I would argue that addressing minutiae has its value, a museum’s concern is usually with larger things, and the exhibit does a phenomenal job at pulling together Margiela’s body of work in one delicious fashion labyrinth. The exhibit is arranged chronologically and not thematically, but in Margiela’s case chronology may very well be a theme in itself, as it allows the viewer to see his progression as a designer, how ideas that germinated in one season bore fruit in another.

Each of Margiela’s shows has its own little section, with garments on display, show videos, the mise-en-scene of Margiela’s presentations, and written anecdotes about various aspects of the designer’s work. These anecdotes were particularly enjoyable in giving a proper role to the DIY spirit that Margiela lifted into the pantheon of fashion. Like any emerging designer Margiela was faced with financial difficulties early on and he had to improvise, to make do with the meager resources he had at hand. This is the part of his work that is often overlooked – the way the designer took the homemade and made it into the house-made. One anecdote recounts how Margiela engaged his mother to hand-knit sweaters for one of his early shows. Whether she started running out of thread or out of time, she could not make the sweaters tight-knit, but the spider web-like creations that came out as the result made it into the (if I recall correctly a Fall/Winter 1990) collection. Another anecdote recounts how the ‘50s ball gowns that Margiela found at a flea market shrank after he died them, so he cut them in half and showed them worn on top of jeans for Spring/Summer 1991. This is creativity driven by need, and it can be deeply satisfying in that arte povera way that Margiela was so good at.

These early exercises were part of the set of ideas that drove Margiela’s work and that earned him the reputation of being a pioneer of conceptual fashion. For Margiela – and this is crucial – clothes were inspired by other clothes. By which I mean that he did not draw inspiration from popular culture or from established modes of dressing, whether cultural or ethnic. With Margiela it was never – “Let’s do cowboys this season, and the next season we’ll do Navajos.” Rather, ideas about existing garments influenced ideas about garments that did not yet exist. So, even if it was a cowboy shirt that caught Margiela’s eye, it was the shirt itself, and not the image of a cowboy. For Margiela, sartorial engineering was the juice and not so much image-making, though his work has resulted in some of the most memorable imagery.

That imagery gets its due in the exhibition, both in the form of video and photography. Margiela’s shows were indeed both unconventional and impactful. And again, they often driven by necessity, at least in the early years. Inability to pay for a centrally located show venue led Margiela to the outskirts of Paris. Why pay for chairs when his audience could stand? What was born of necessity became Margiela’s signature. The deceptive simplicity bordering on monomania – let’s put hundreds of candles to light the path the models walk; let’s paint everything white – became an aesthetic statement.

There is no talking about Margiela without talking about deconstruction; again a subset of sartorial engineering that was Margiela’s primary preoccupation. Margiela toyed with the idea of showing the guts of the garment early on. Hitherto, the work was hidden in order to present fashion as a smooth, polished surface, just as it has been done for decades (or centuries) before. Margiela turned this notion inside out by turning tailoring inside out. Raw edges were left visible, half-lining showed the insides of the jacket, linings became garments themselves. These were clothes that were simultaneously finished and yet somehow in transition.

Margiela’s love for the garment led him to other ideas as well. One of them was the Artisanal line, where he made one type of a garment out of another type – i.e. a sweater made of socks, which in the exhibit is accompanied by instruction of how to make one yourself. Sometimes garments were made out of other objects – such as dinner plates or playing cards (there is a lovely handbag made out of a motorcycle helmet on display that I almost once bought just for the hell of it). Then, of course, there was the Replica line, where Margiela reproduced existing garments, complete with tags informing the buyer of a garment’s provenance.

And then there were Margiela’s incessant playing with proportions. In his “Oversize Collection,” he enlarged garments by 200%. In other collections he pushed to the shoulders to their extreme, or created two-dimensional clothes.

I could go on recounting Margiela’s innovations, but the above should suffice for anyone who happens to be in Paris during the next several months to see the exhibit for themselves. I only hope that it will travel to other countries.