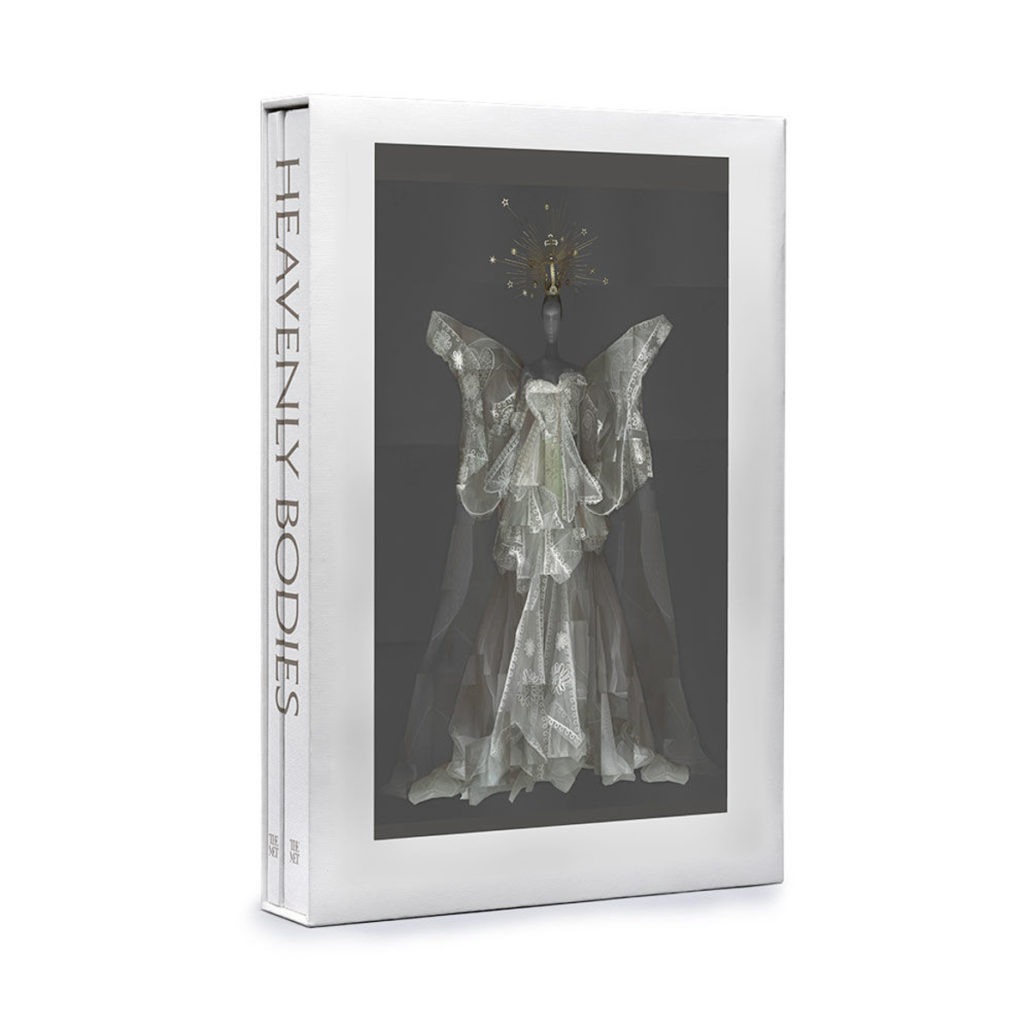 If you cannot make it to the Heavenly Bodies: Fashion and the Catholic Imagination exhibit at the Met Museum in New York, you can still get the accompanying catalog, published by Yale University Press in association with the museum. The book’s two volumes are hard bound in white – the appropriate angelic color – and are housed in a beautiful slipcase, the title stamped in gold foil. It holds 300 illustrations within its 365 pages. It’s a pretty book to look at.

The breakdown of the catalog follows that of the exhibit, with clearly demarcated sections for the Anna Wintour galleries (“The Vatican Collection”), the Byzantine and Medieval galleries (“Fashioning Worship”) and the Met Cloisters (“Fashioning Devotion”). Interspersed through the book are learned essays by various Catholic scholars and forward texts by David Weiss, the Met’s director, and Andrew Bolton, the head curator of the Met’s Costume Institute, who also curated the exhibit.

But who am I kidding – you are here for the pictures. Alas, the most questionable aspect of the book is the most important one – the choice of Katerina Jebb as a photographer. While Jebb is a fine photographer, and I like her muted color palette and her painterly style, the artistic license she took with these photos, particularly the drab gray background and the cubist treatment she inflicted upon them, have rendered many of them quite lifeless – flat and completely two-dimensional. Jebb has already contributed a series of photos to last year’s Comme des Garcons catalog from the Met, but so did many others who did a better job. Artistic license is totally fine in an editorial, but sometimes one just wants to see the thing itself, rendered as faithfully as possible. 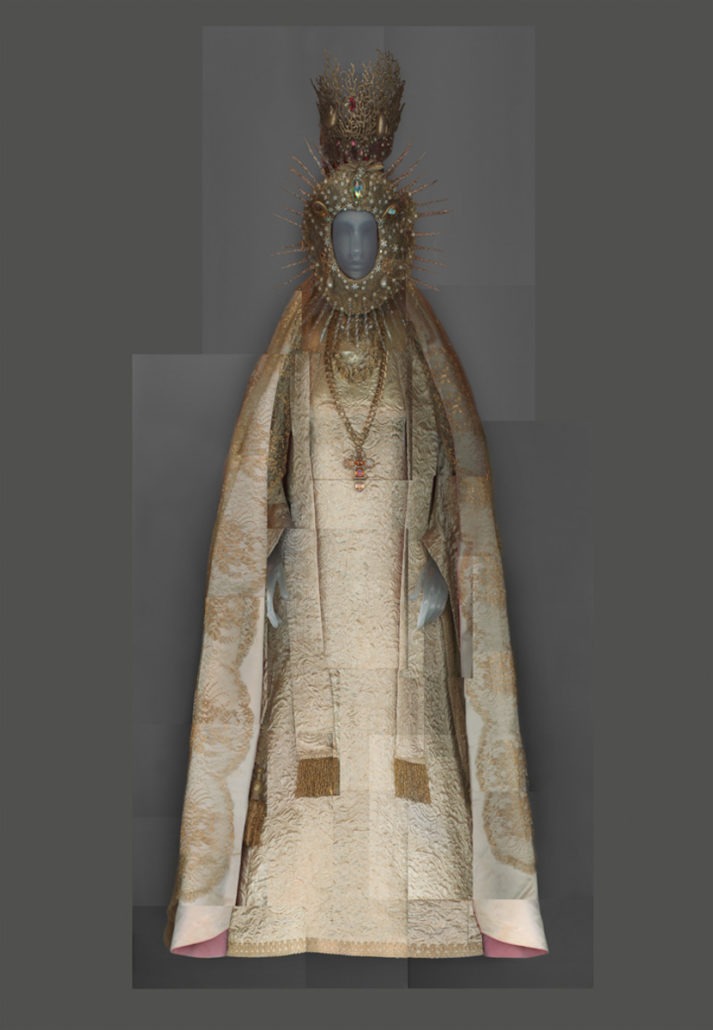 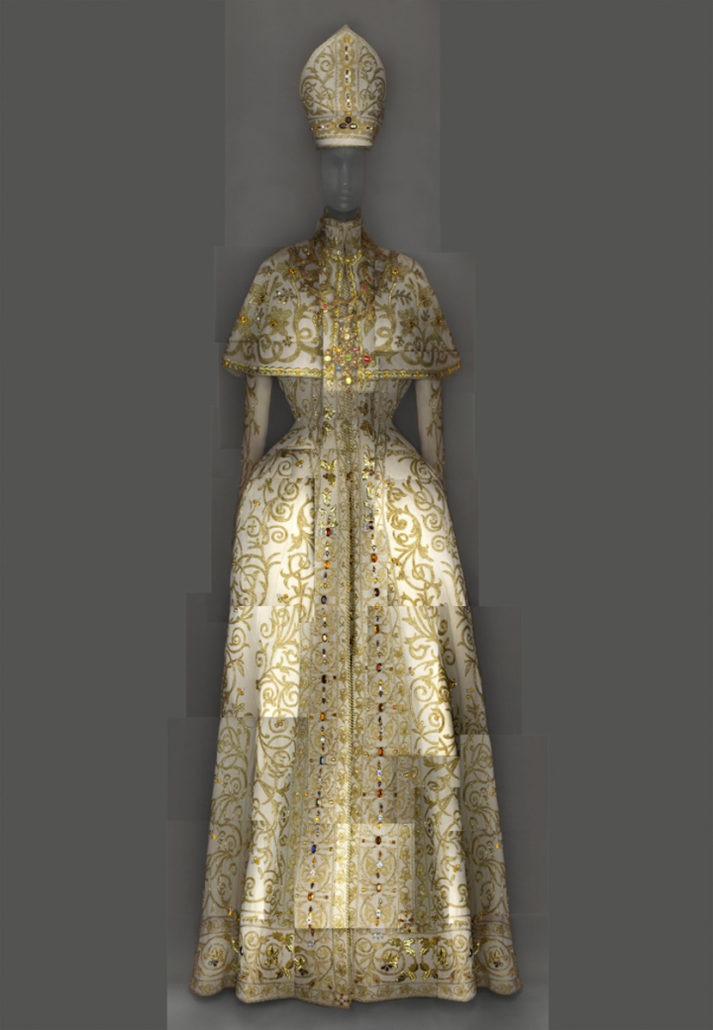 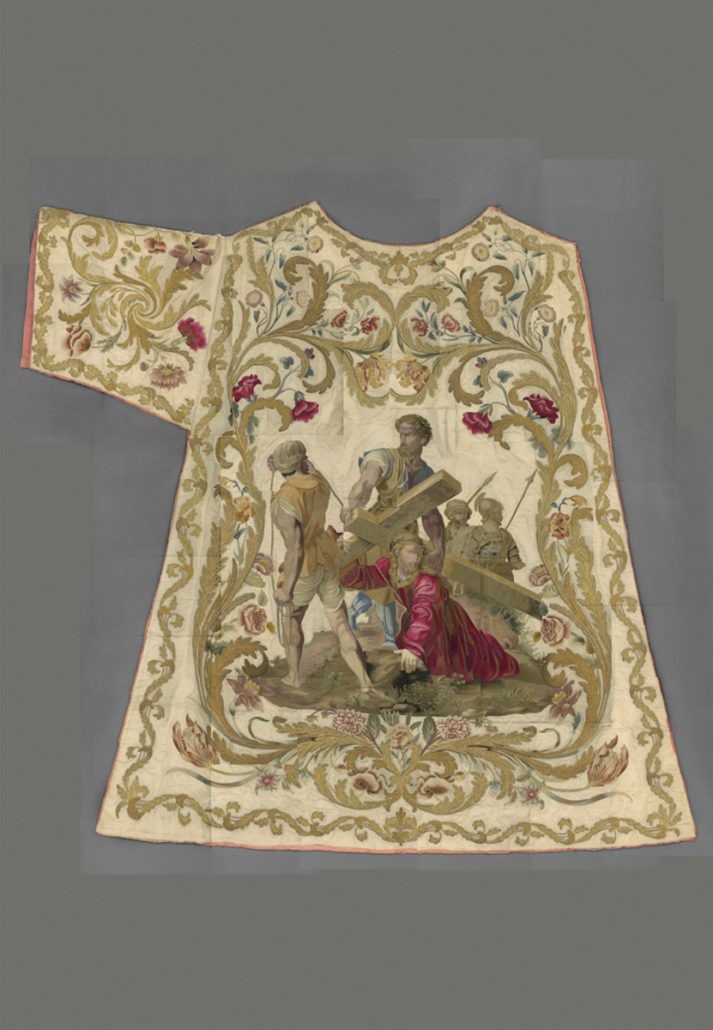 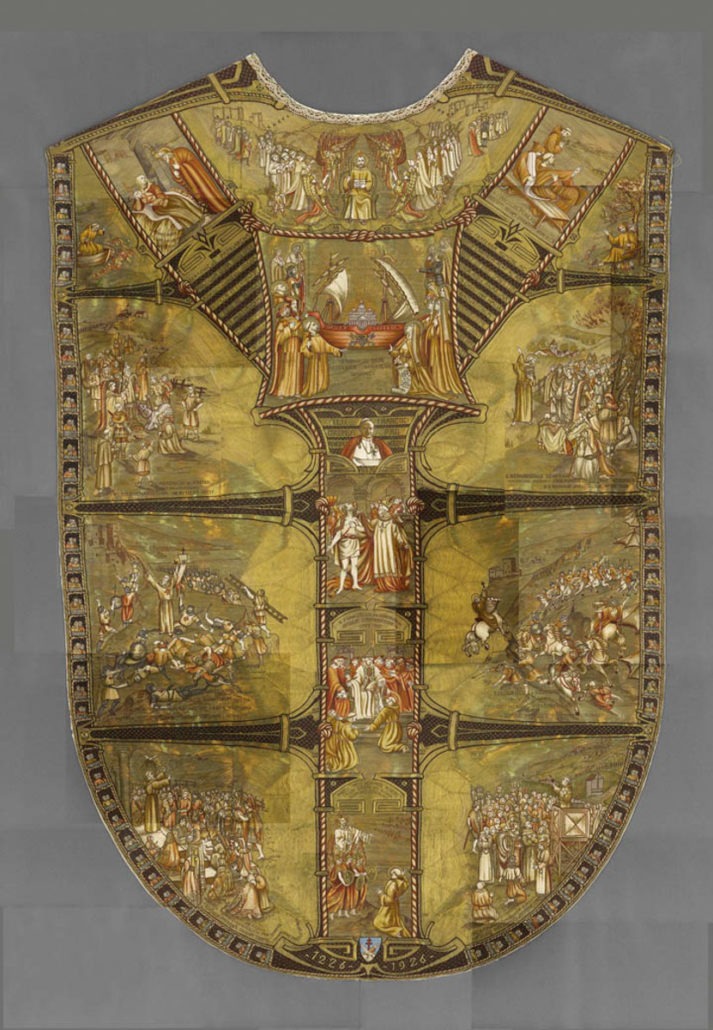 Chasuble (back) of Pius XI (r. 1922–39), 1926. French. Courtesy of the Collection of the Office of Liturgical Celebrations of the Supreme Pontiff, Papal Sacristy, Vatican City. Digital composite scan by Katerina Jebb 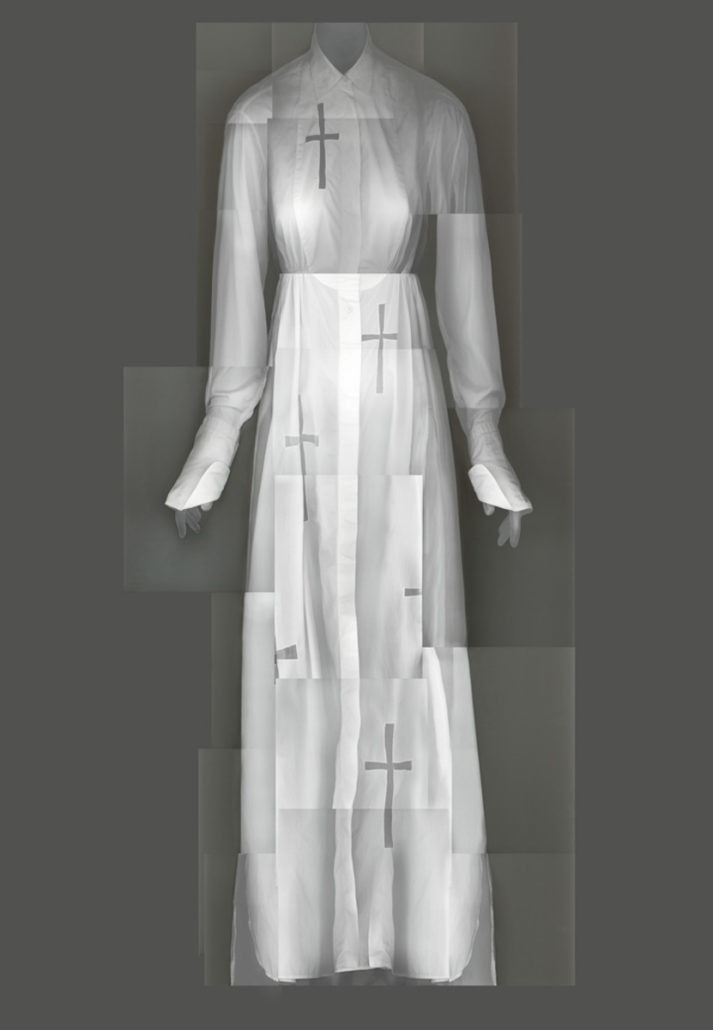 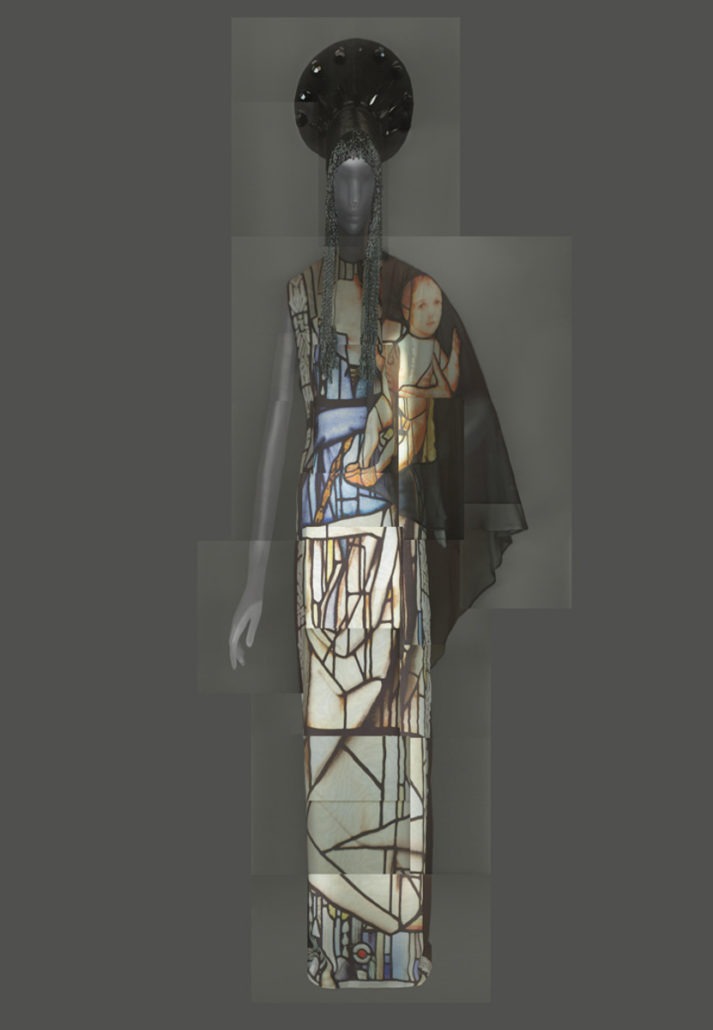 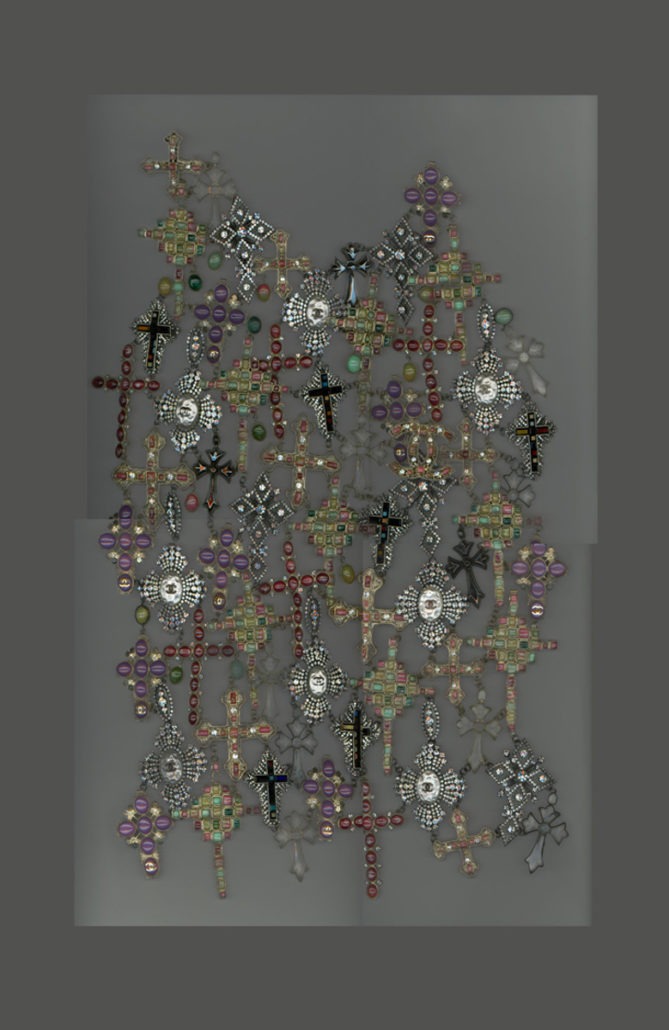 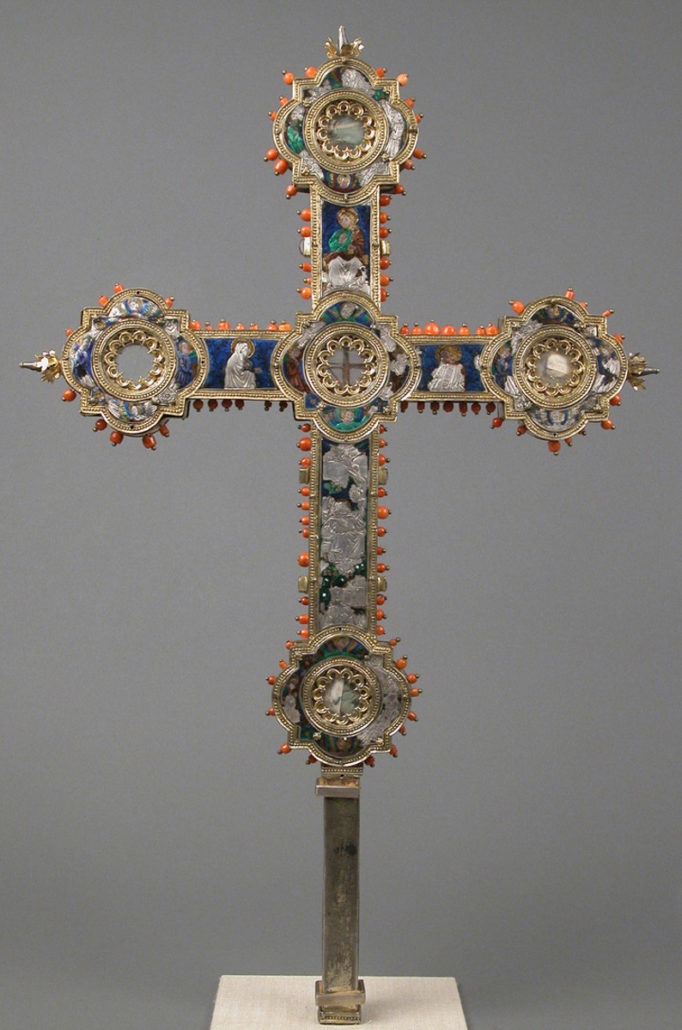 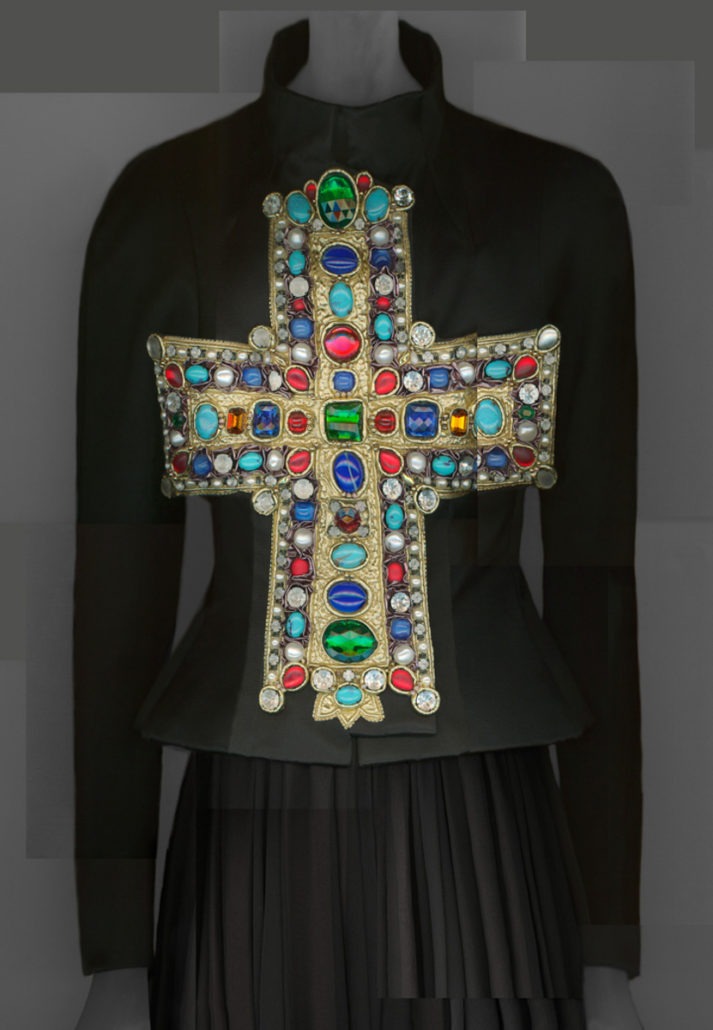 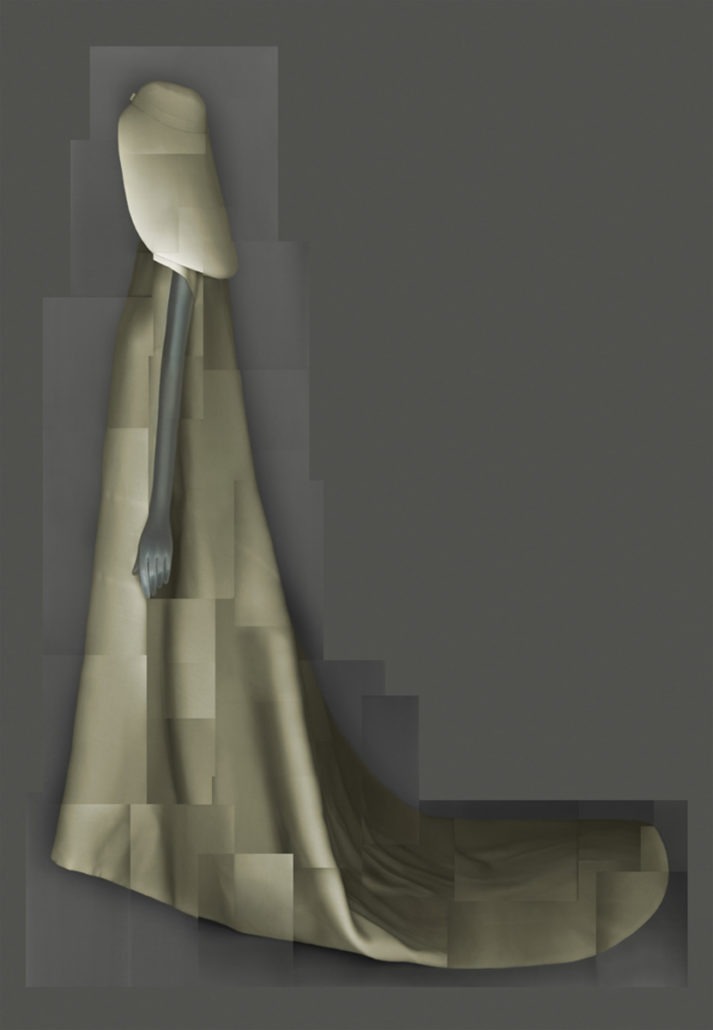