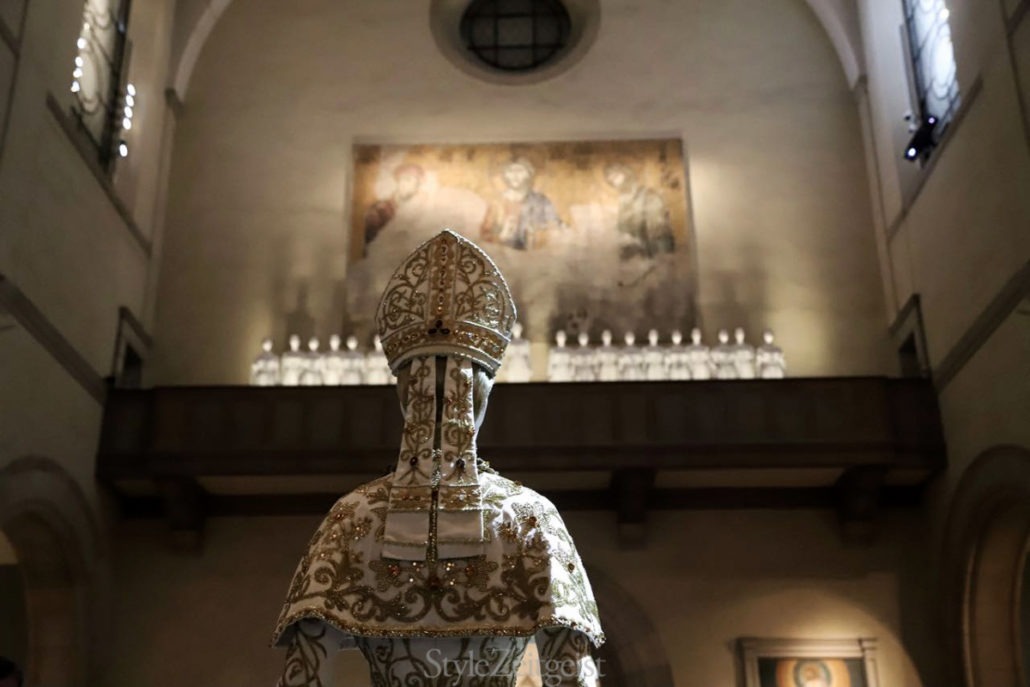 I will begin by saying that this review is incomplete, but the incompleteness is part of the review, so bear with me.

Heavenly Bodies: Fashion and the Catholic Imagination, the new fashion exhibit at the Metropolitan Museum of Art in New York is marketed as the biggest one its Costume Institute has put on to date. Its bigness, as Trump would say, derives from the fact that a sizable part of it is set at the Met Cloisters, and ay, there is the rub, as Shakespeare would say. At the press preview we hardcore New Yorkers stopped each other and asked, “Have you ever been to the Cloisters?,” to which the answer was invariably “No.” And that is the problem with New York City – some places are just damn hard to get to, even though they are certainly worth getting to. The Cloisters are part and parcel of this First World problem, as they are located in Inwood, all the way at the upper tip of Manhattan. Whether you – and I – will travel a hundred blocks upwards from the Met Museum, which is already pretty upwards, remains an open question. That part of Heavenly Bodies is set at the Cloisters makes total sense thematically. And perhaps it’s a gamble on the Met’s part to bring more attention to the Cloisters, possibly at the cost of many a visitor viewing an incomplete exhibit. I am curious to know whether it will pay off. As it stands, you are treated to a review of the exhibit’s part set at the Met’s main building. Sorry.

On to the themes, which are pretty self-explanatory. If you can put serious issues with organized religion – especially Roman Catholicism, with its crusades, mass conversion at the sword, Inquisition, and more recently the child abuse scandals – aside, and are able to enjoy its aesthetic component, then, well, there is much to enjoy. So much, as a matter of fact, that jettisoning the aesthetic trappings of the Catholic Church was front and center in Martin Luther’s Protestant Reformation. He deemed it as mere luxury and excess, and so Protestantism threw out the aesthetic along with the rest. That’s why America, which was largely built by Protestants, is for the most part so goddamn boring to look at. The Protestants didn’t need no fancy churches and them paintings, tapestries, and vestments of gold – the Bible would do. Last year we celebrated the 500th year of institutionalized religious boredom. This year, the Met Costume Institute is leading the charge to perhaps put all of that behind.

The Costume Institute did a splendid job on several fronts. One is the clothes themselves, two is the fact that it persuaded the Vatican to release some of that gorgeous papal garb, and three is the way it incorporated the exhibit into the museum itself. 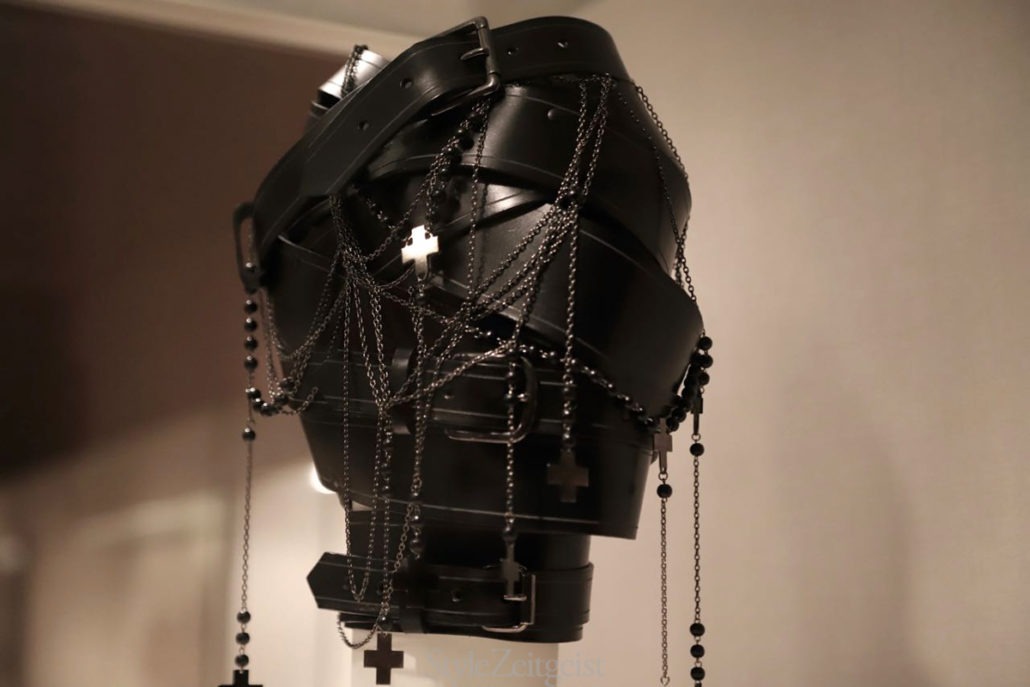 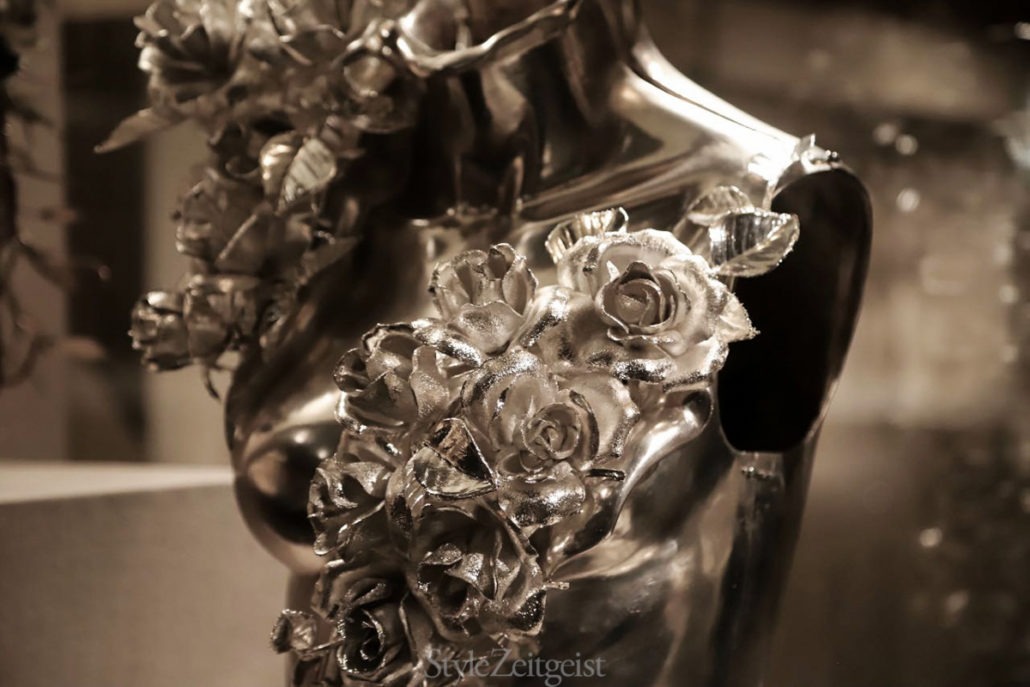 That the clothes exhibited are absolutely divine and well-chosen proves for the umpteenth time just how good Andrew Bolton, the head curator at the Costume Institute, is. His erudition and intellectual curiosity is a gift not only to the Met but to fashion at large. There is a wide swath of fashion on display, from the obvious Chanel, Dior, and Valentino, to the queens and kings of goth fashion, Ann Demeulemeester, Rick Owens, and A.F. Vandevorst. That the latter duo gets their due was especially heartwarming, as their work is often overlooked.

There is Versace and Thom Browne (who is Bolton’s boyfriend, as must be noted in the name of full disclosure), and there is Undercover and Gareth Pugh. And, of course, the everlasting Jean-Paul Gaultier, whose name must be drummed into the millennials’ heads as the man who is responsible for opening the floodgates of creativity in contemporary fashion. It was Gaultier’s garments that were most awe-inspiring, along with those of McQueen and Galliano. Which made me a little sad, because I could not help but wonder whether fashion will ever be able to produce such sweeping talents again.

Leading up to the exhibit Bolton convinced the Vatican to release some vestments from its sacristy, which is a fancy word for a papal closet. Reportedly, the Vatican grew so comfortable with Bolton – who is gay – that they gave him the keys to the sacristy and let him roam unsupervised. Some of the vestments have never been seen outside the Vatican. They are impressive in their own right, like wearable tapestries, though they did not hold my attention as closely as fashion did. But that’s just me – I like looking at the past, but I am more curious about the time we live in.

And yet, the interplay of the past and the present is perhaps the most impressive component of the exhibit, much of which is set in the Met’s galleries of Byzantine art, and continues in the Medieval Art galleries, which, with the stunning gate as their anchor, may be my favorite part of the museum. Bolton worked closely with the Met curators of those galleries to incorporate the exhibit’s fashion. Some items, like the the Shaun Leane for Alexander McQueen silver bodice and an A.F. Vandevorst fetish mask are shown in cases normally reserved for the medieval art. That Bolton was able to slip in a fetish mask, as well as a Rick Owens’s male number with a hole for a phallus from his perhaps most controversial collection, attests to the man’s naughty side. I hope god forgives him.

But the bigger point is that I don’t recall seeing a Met fashion exhibit interplay so well with the rest of the museum. Which SHOULD make the part of the show set at the Cloisters equally impressive. Perhaps it’s time I finally made the pilgrimage.

Heavenly Bodies: Fashion and the Catholic Imagination on view from May 10th to October 8th, 2018 at the Metropolitan Museum of Art and the Met Cloisters in New York.

All images by Eugene Rabkin and may not be reproduced without expressed permission. 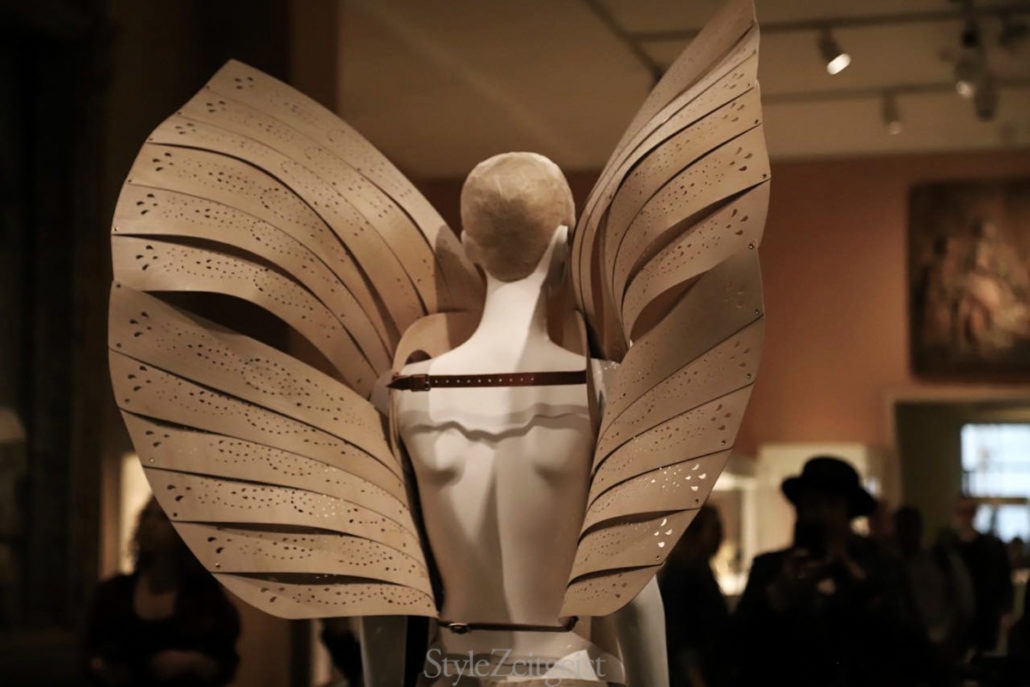 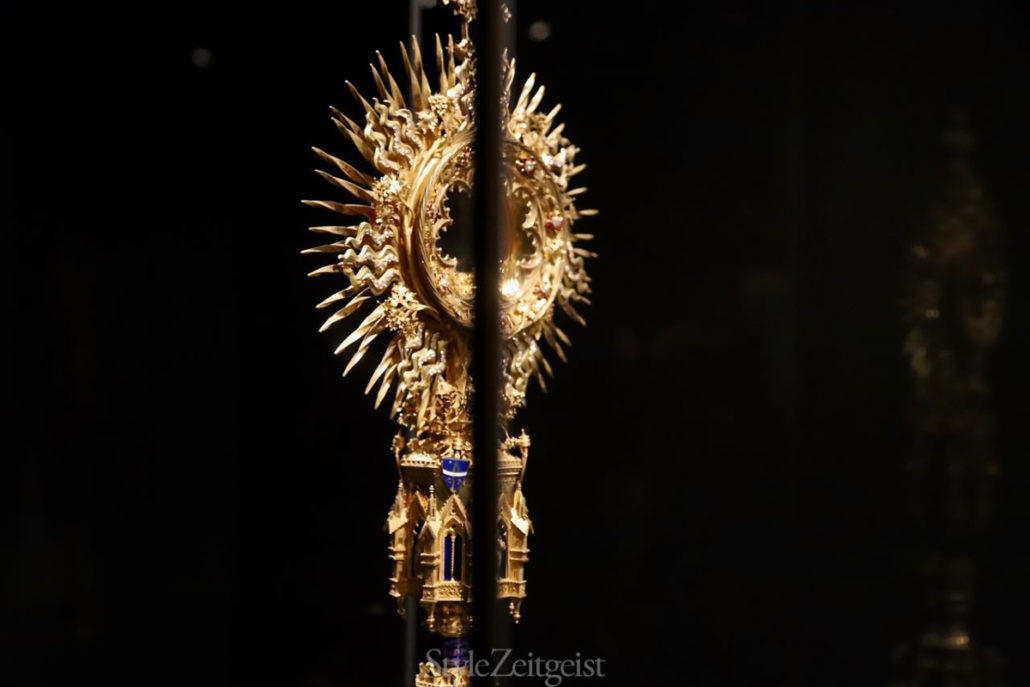 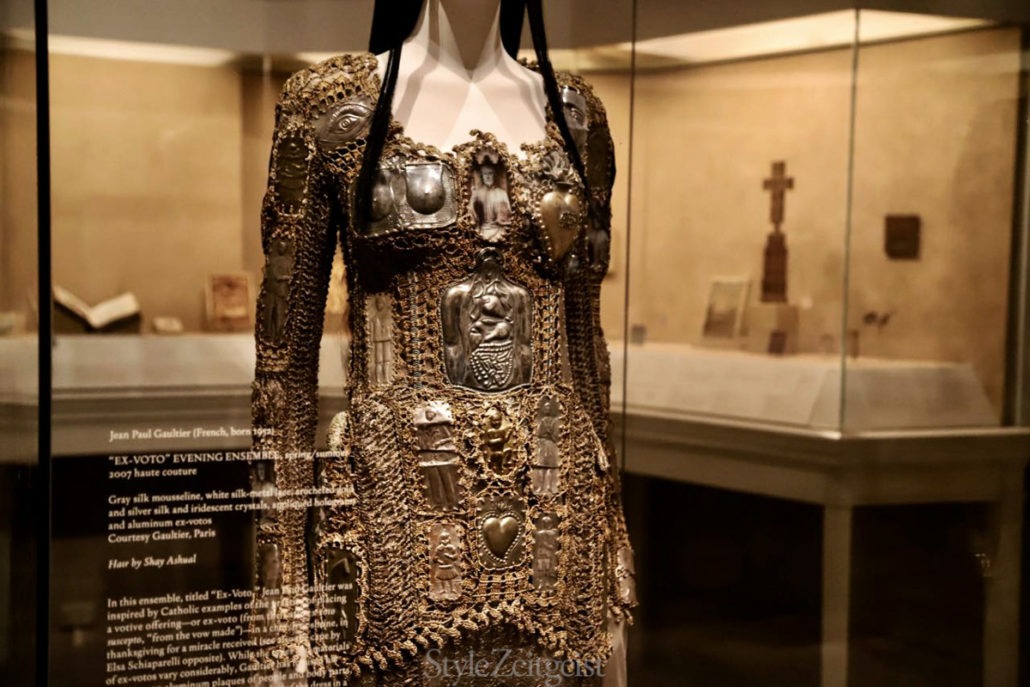 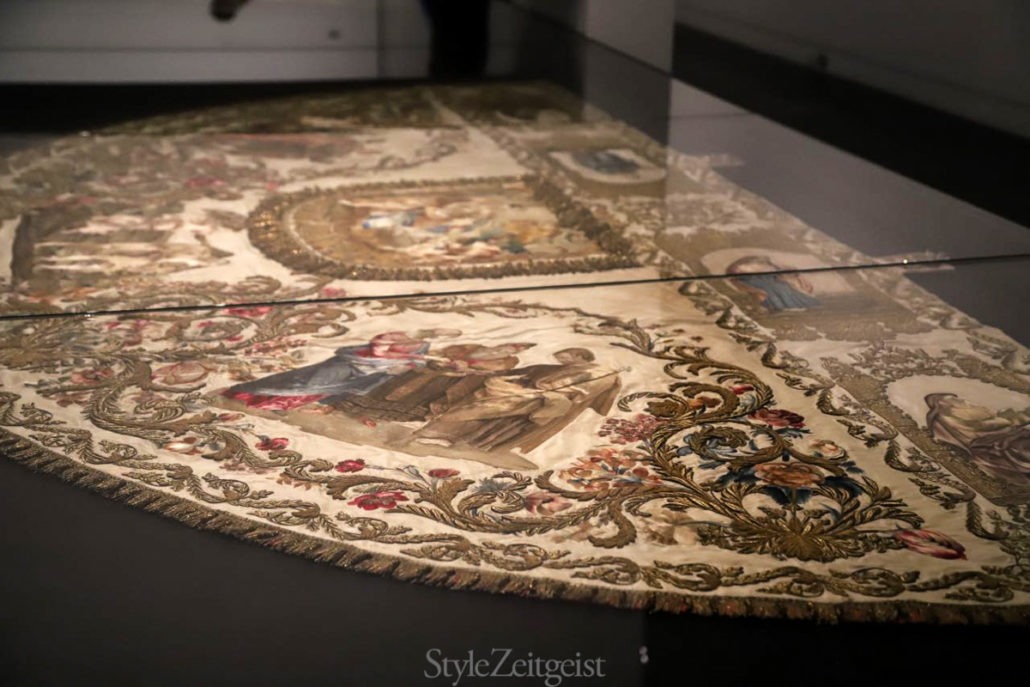 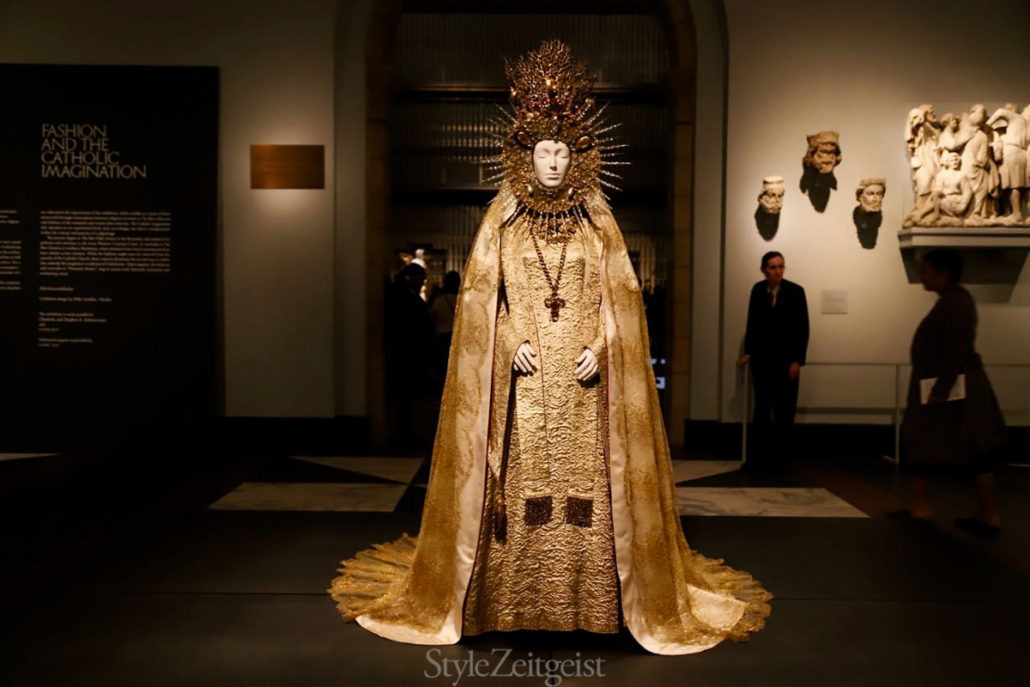 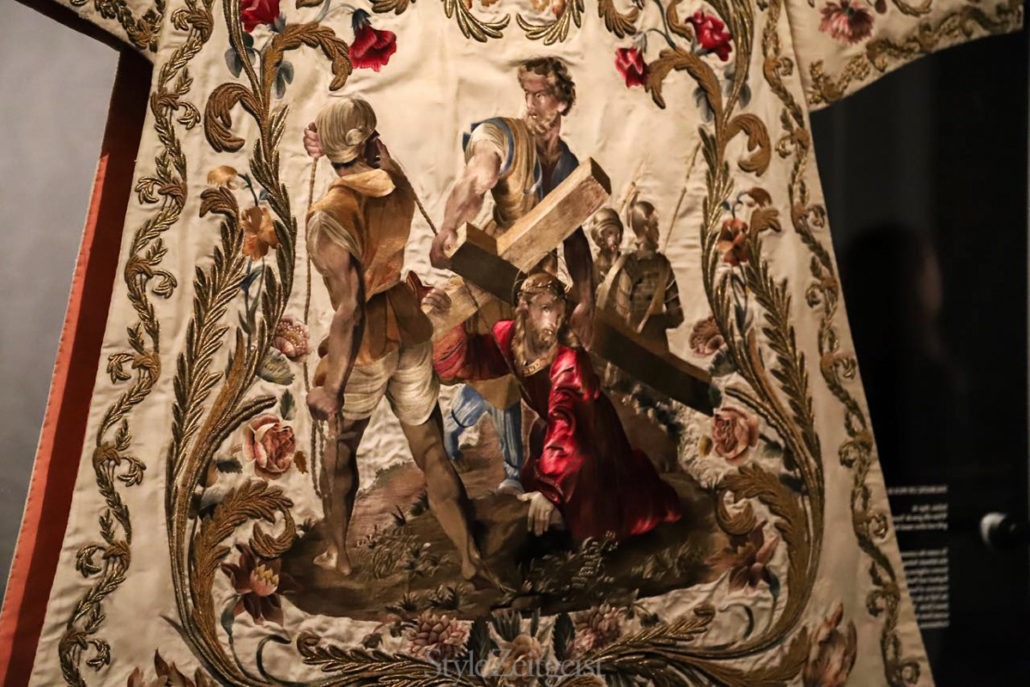 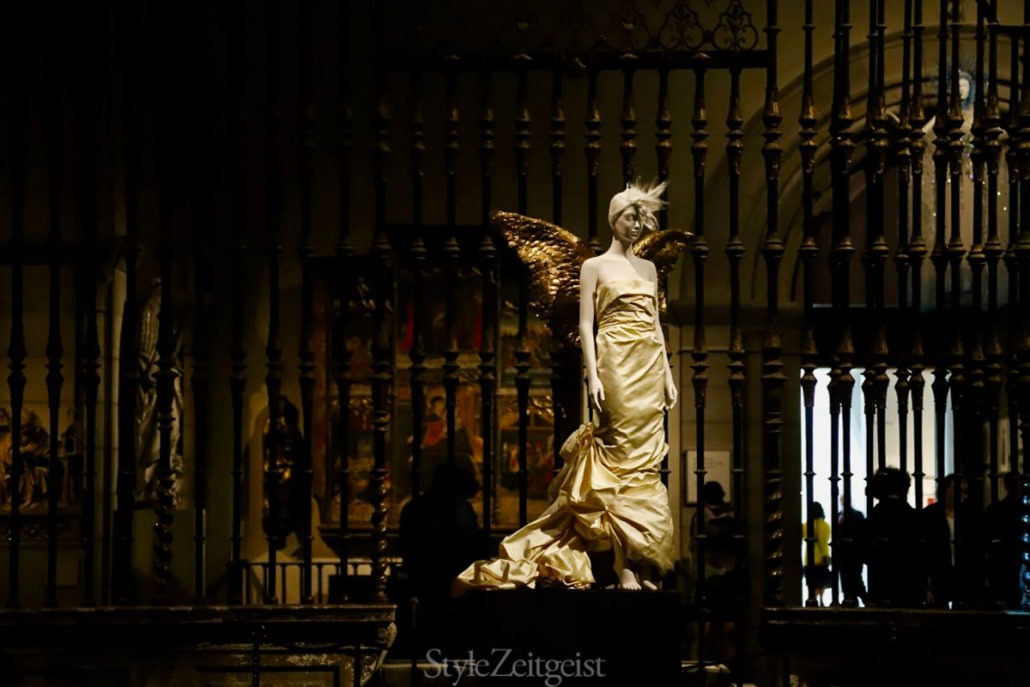 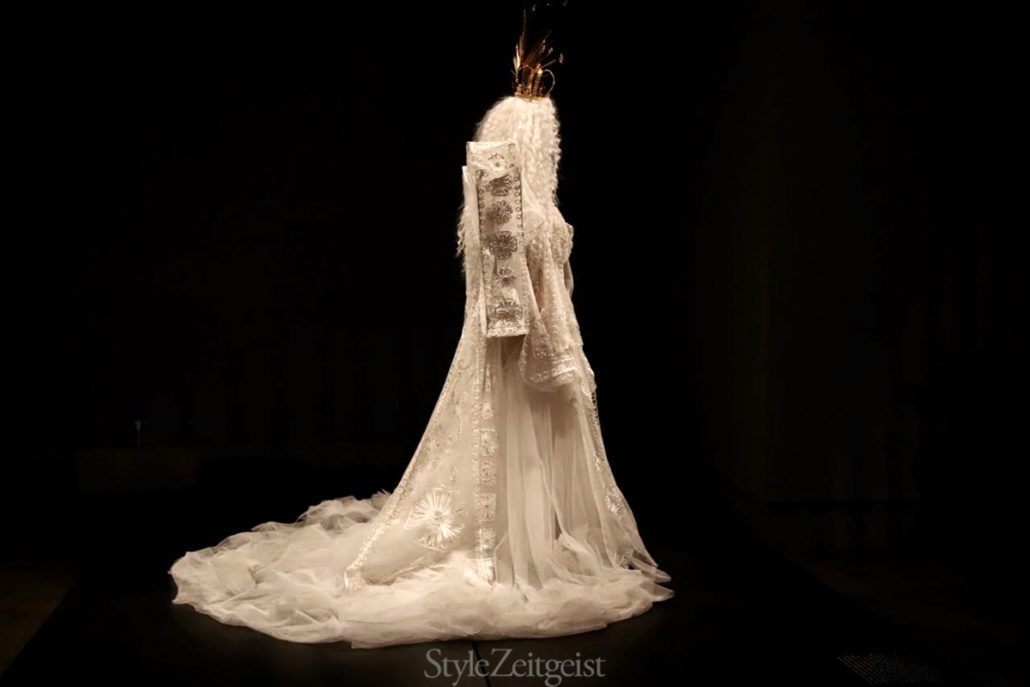 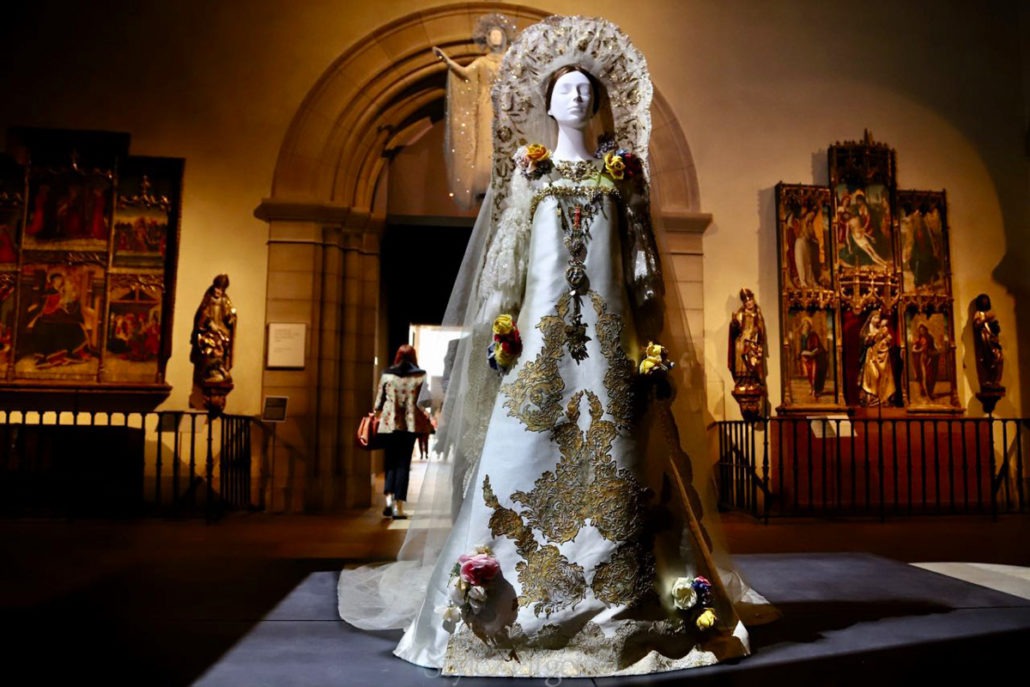