When you talk to the Canadian architect Philip Beesley, a long time collaborator of the designer Iris van Herpen, you must rewire yourself. Beesley talks in abstractions – instead of walls, floors, and ceilings you get planes, motion, and thermodynamics. This isn’t because he’s trying to obfuscate anything, it’s just the way his mind works. In a way it’s a requirement for Beesley, because he has moved on past the traditional architecture of making buildings, which he has done exceedingly well in the past. But today he’s concerned with the future. He creates spaces and environments that operate on a level above the basic requirements of architecture, such as protection from the elements. It’s not that it’s not his concern, but these problems have been thoroughly solved. Instead, he’s more curious about how space interacts with human beings on a philosophical level – freedom, community, interaction – and how we will build in the future with these concepts in mind. Abstraction is the language that’s required.

To this end Beesley, whose erudition skips between architecture, biology, philosophy, and literature, like a flat stone skipping over water, has been creating spaces that look as abstract as his conversation sounds. There are no traditional ceilings or walls, nor is there glass or concrete to be seen anywhere. Beesley’s aim is to push through the possibilities of the future fusing the manmade plastics, metal, and the organic elements that conduct electricity, using a myriad of sensors that interact with the human beings once they are in one of his environments. The things he creates are better seen than described. The words here hold less power.

Seeing Beesley’s creations are indeed awe-inspiring. The first time van Herpen saw one of his installations, Hylozoic Ground, debuted at the Venice Biennale in 2010, she was smitten. She contacted the architect, and their collaborations has been ongoing since 2012. Beesley has created parts for van Herpen’s dresses, and he is interested in how the elements of his work interact with a human body (he calls clothes our second skin).

The architect is being celebrated at the Royal Ontario Museum in Toronto, his home town, with an exhibit Philip Beesley: Transforming Space that is adjacent to Iris van Herpen: Transforming Fashion. It’s the last stop on van Herpen’s North American exhibit tour and a worthy finale for both.

Beesley’s studio is a magical space in a gentrifying part of Toronto, a place where his ideas are born and tested. Amidst 3D printers and laser cutting machines, sit rows of books on science, biology, and Renaissance art.  We got a glimpse of the studio while we were in Toronto for the exhibit opening, and wanted to share it below. 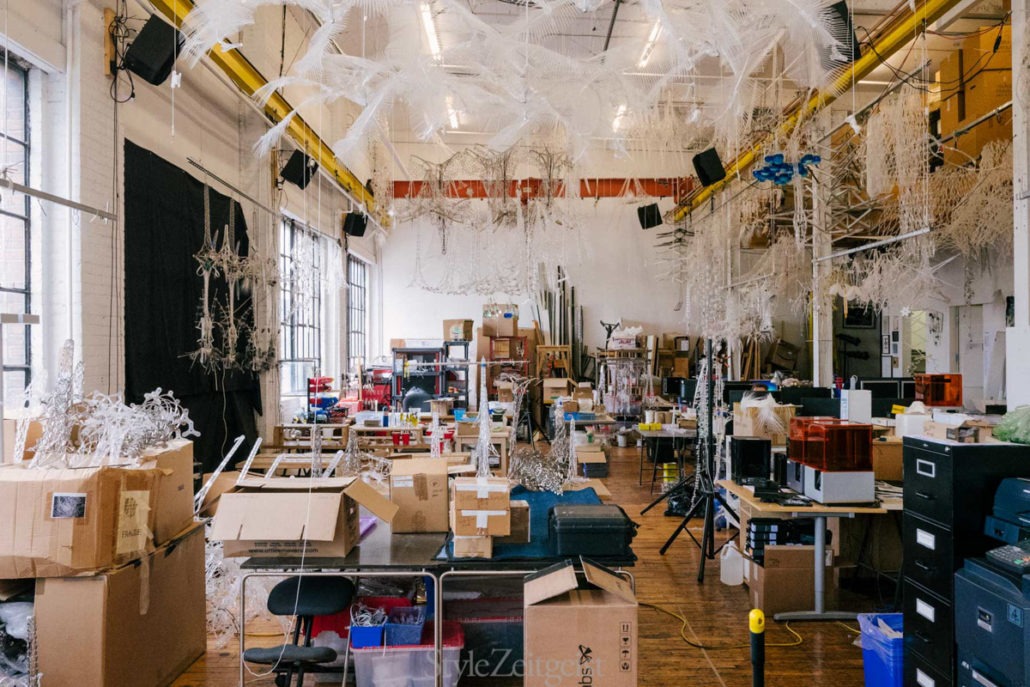 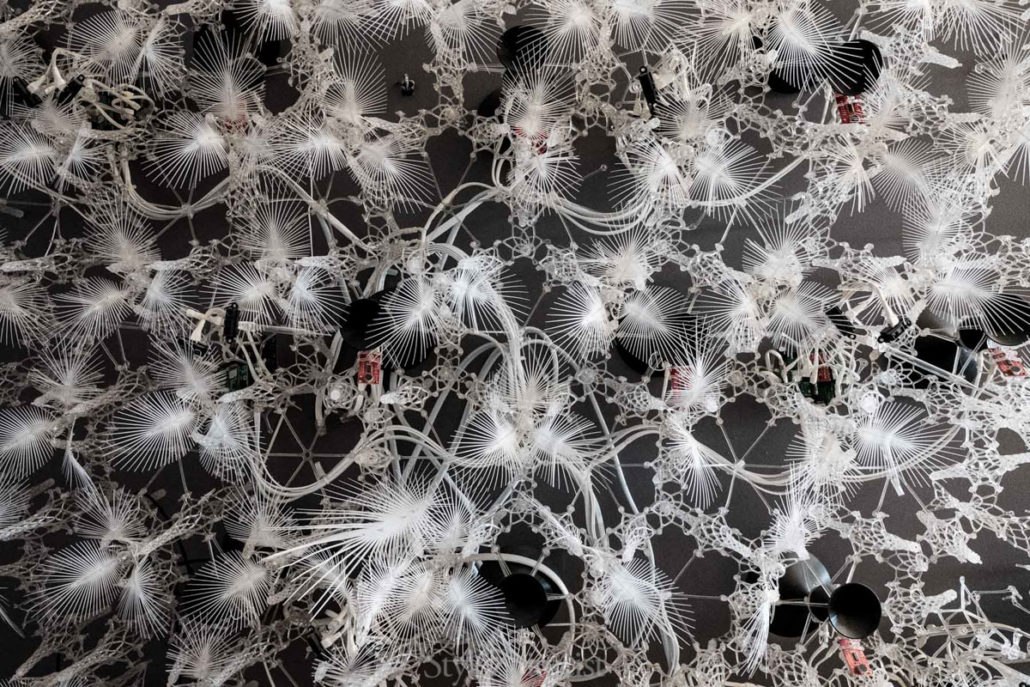 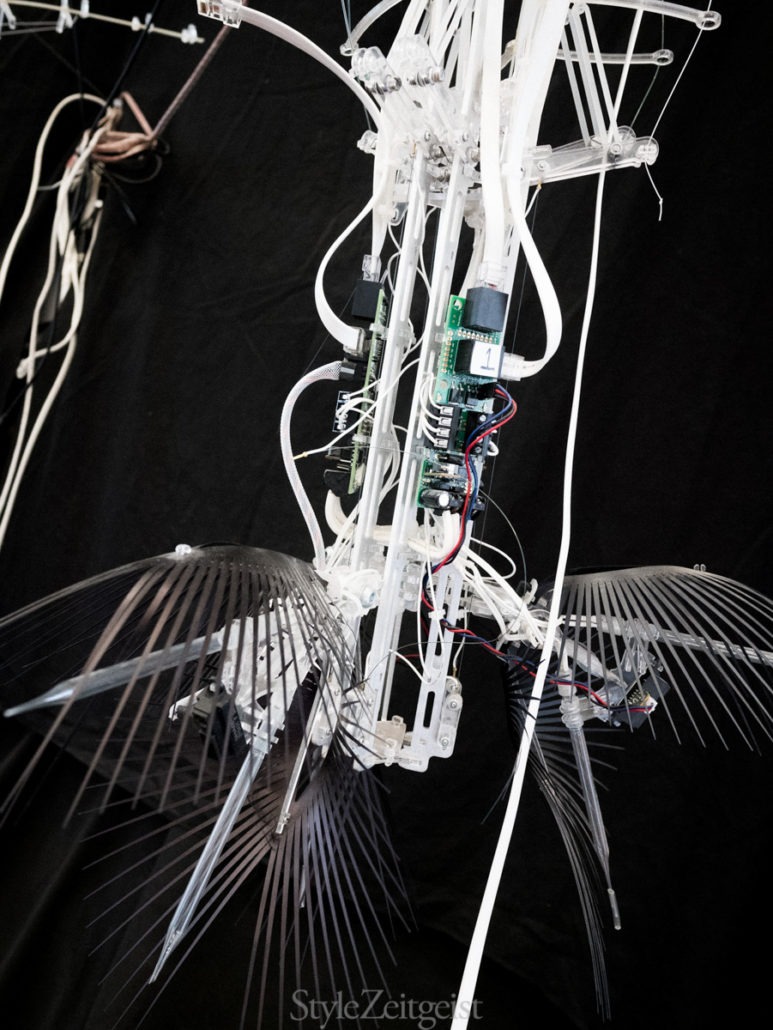 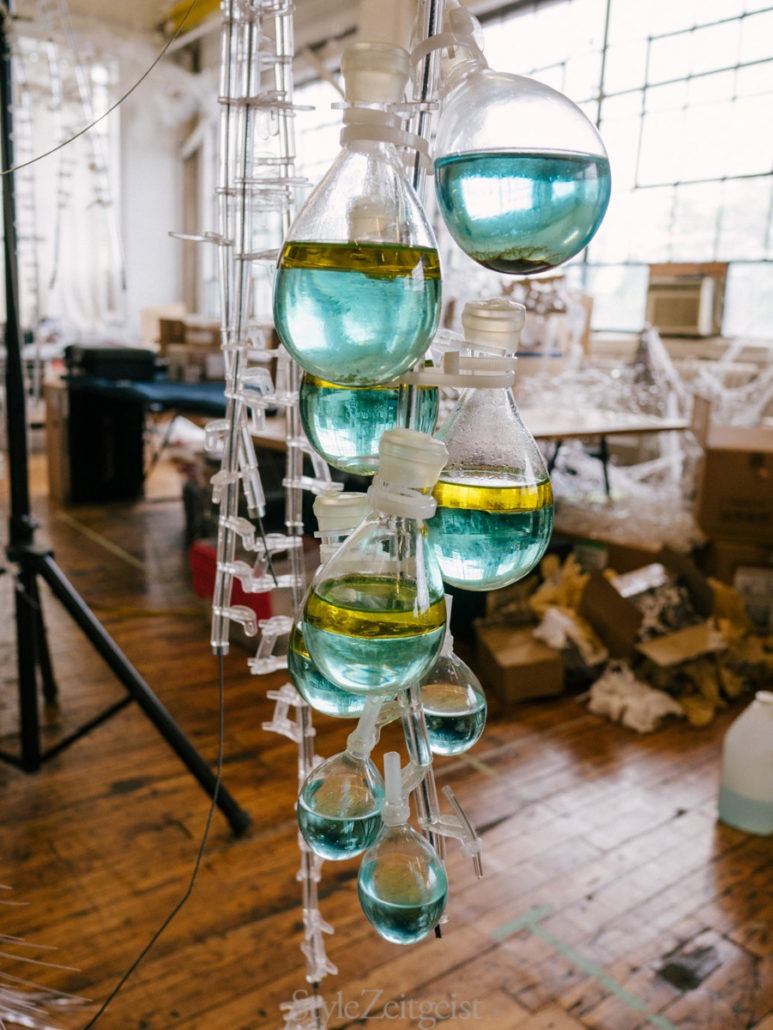 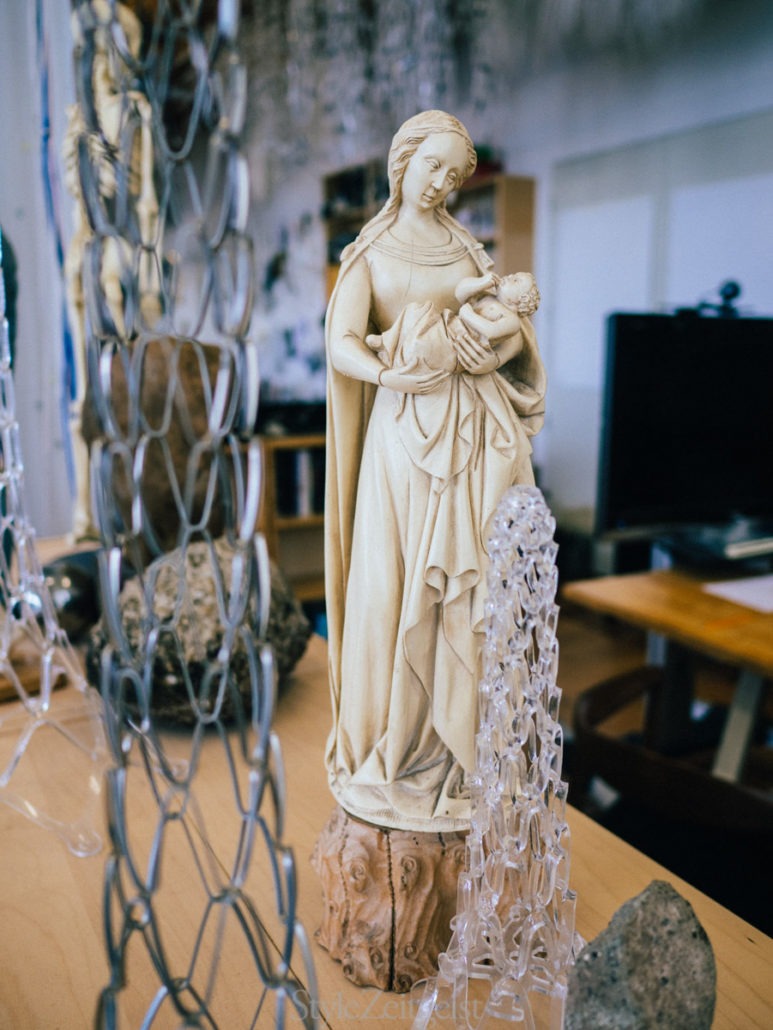 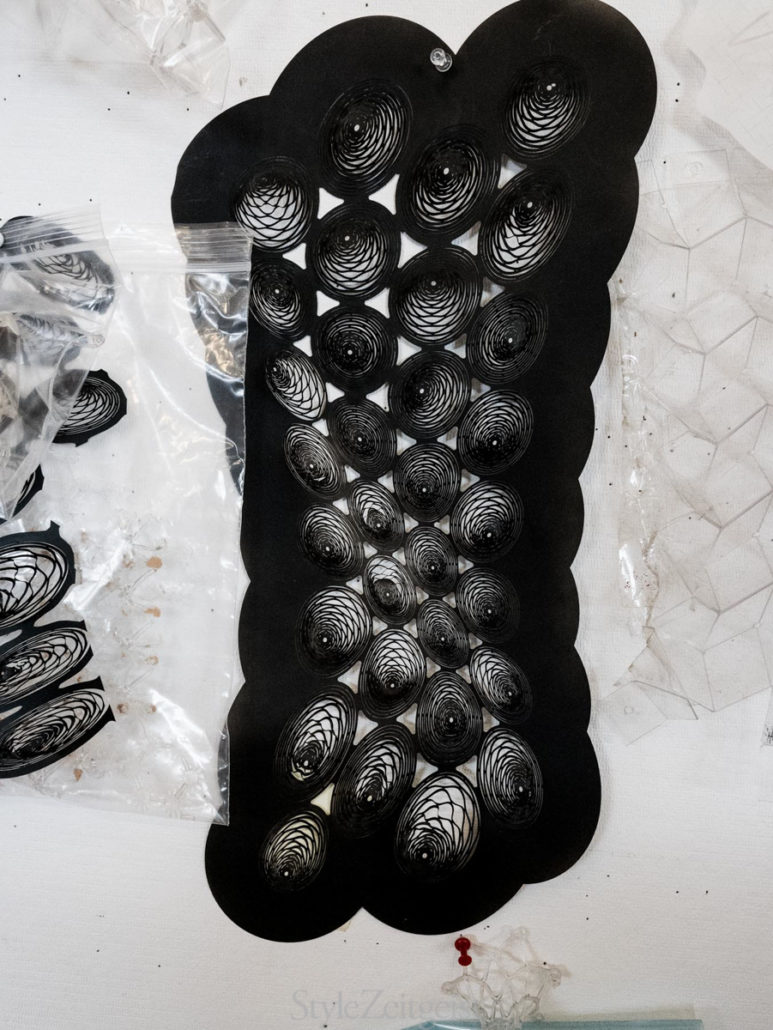 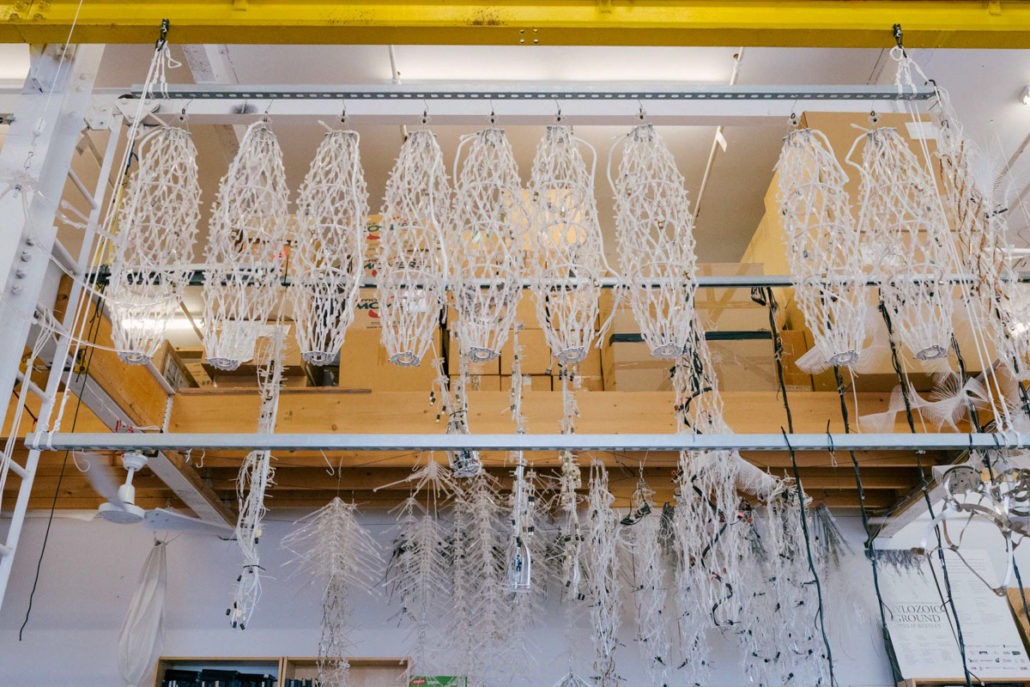 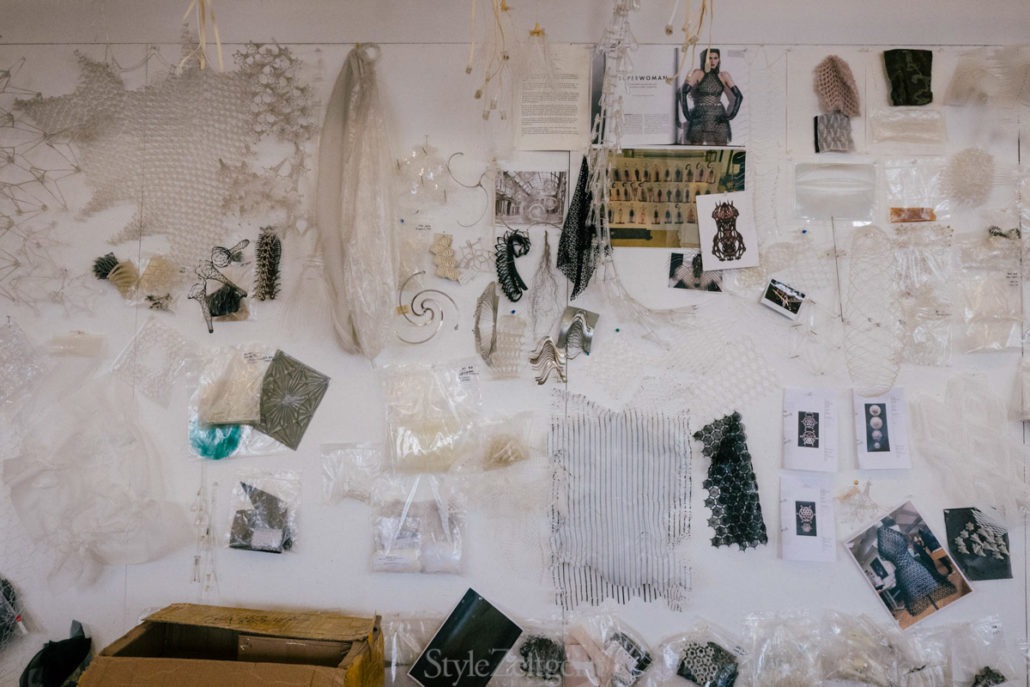 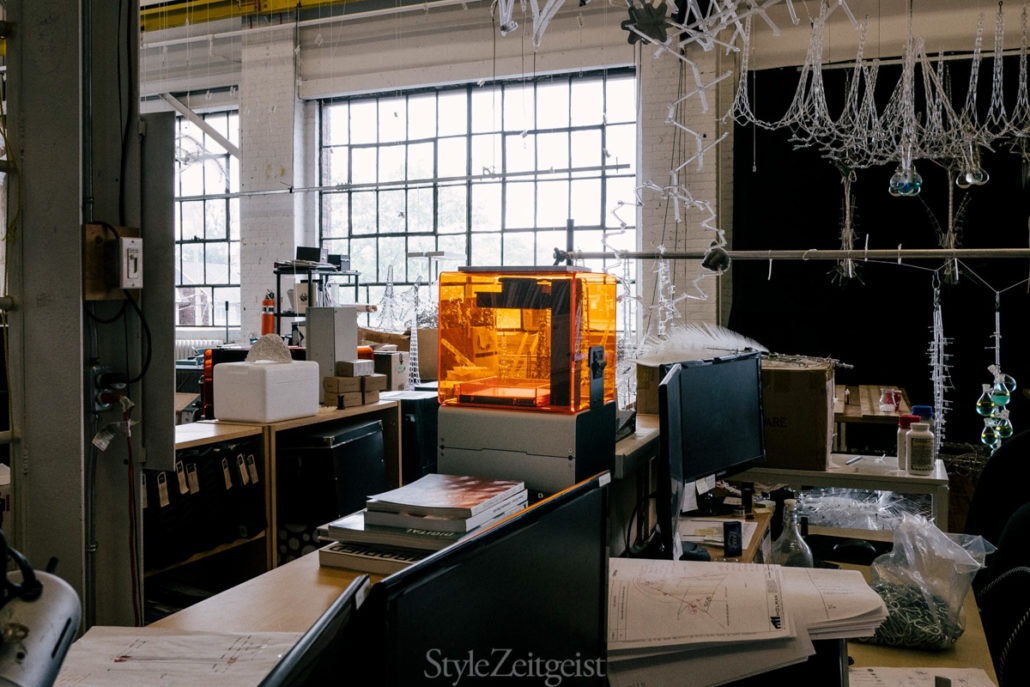 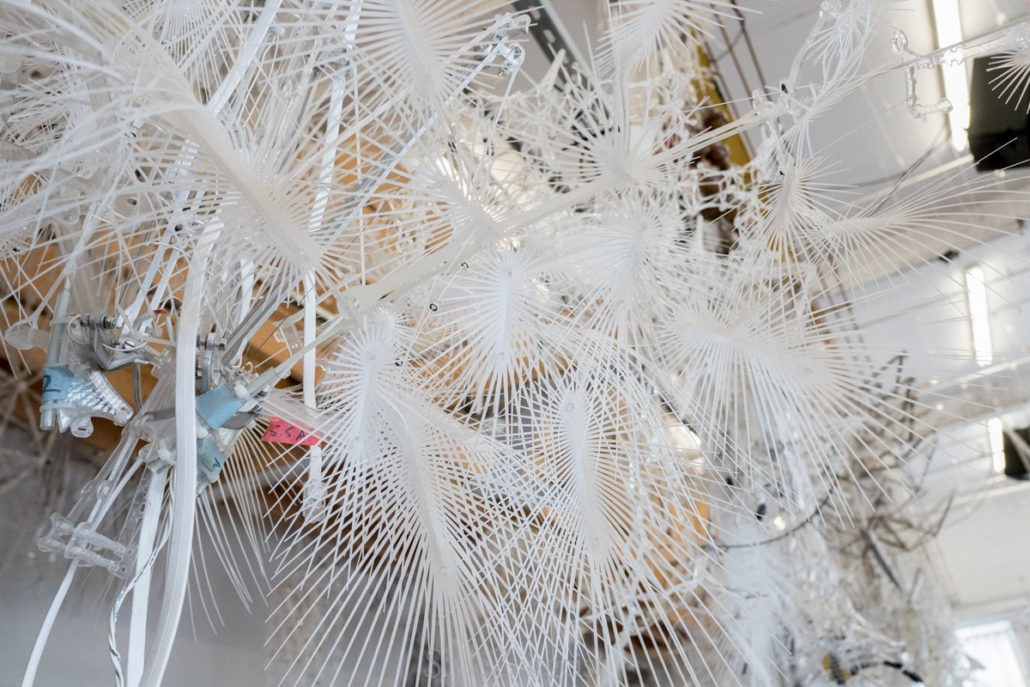 Ann Demeulemeester Is Ready To Bring Her World Into Your Home
Sep 3, 2019
Go to Top