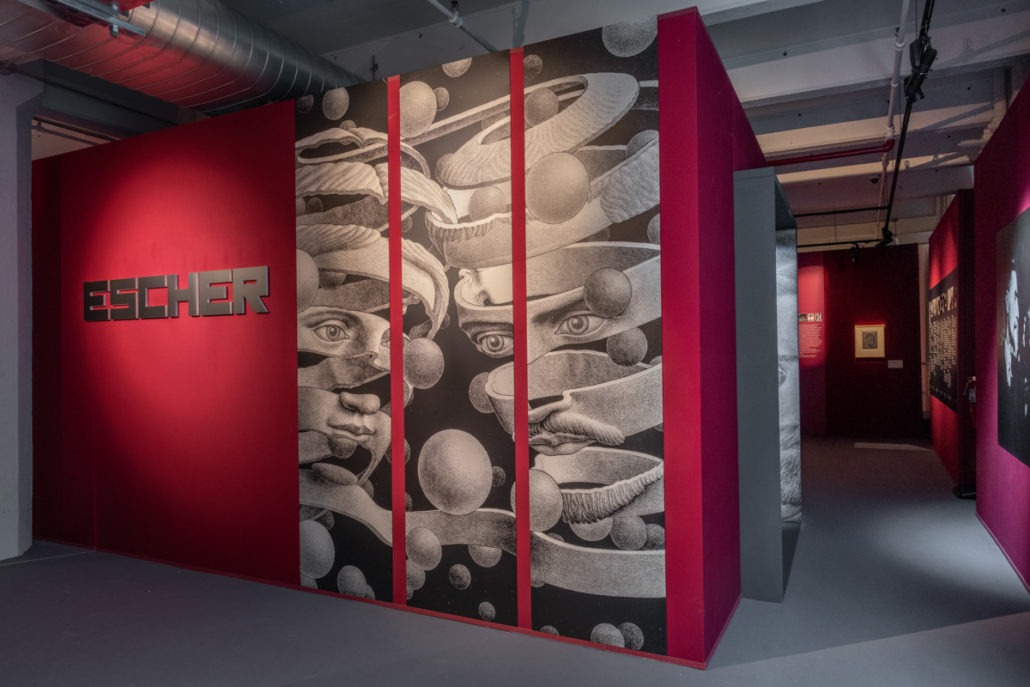 The Dutch artist Maurits Cornelius Escher is a bit of a strange figure. Not exactly a mainstay of art history, certainly outside of the main art movements of the 20th Century, he is not known for any grandiose statement or gesture or a moment-defining work. But his mathematically precise, illusion-creating work has a healthy cult following. And so it’s no surprise that a major exhibit of his work is now taking place not in a major (or even minor) New York City art museum, but at Industry City, a sprawling maker-foodie-corporate-hipster la la land in Sunset Park, Brooklyn. This is a serious trek for a Manhattan-centric tourist, but one worth making.

Escher began his work around the World War I period, doing lithographs and woodcuts in a fairly traditional representational style. Italy was a big inspiration, especially Sicily and Tuscany. It was not until he took a trip to Spain in the 1930s and encountered some Moorish architecture that he had a breakthrough and began honing his gravity-defying style he is known for today. In particular, he encountered a way of decorating, called tessellation, that left no white space in-between the designs. He began working obsessively in the same style, creating work that looks surreal in a way it morphs shapes one into another and creates optical illusions. The mathematical precision with which he approached his art allowed for exactitude that in turn informed his work. The basic premise of repeating patterns that have become Escher’s signature comes from the following equation – 1/x + 1/y + 1/z = 1. Conformity to this equation allows for points of connection between the elements in his lithographs.

All of this makes for a scintillating and challenging viewing of some 200 works. By the end you come out filling a bit shell-shocked from the strain on your senses that the exhibition exerts. And I mean this as a compliment. The show is called Escher, the Exhibit and Experience, and it is an experience indeed, one that will make your mind question the nature of reality and its representation, whether you like it or not.

Escher: The Exhibition and Experience, through Feb 3, 2019 at Industry City in Brooklyn, NY 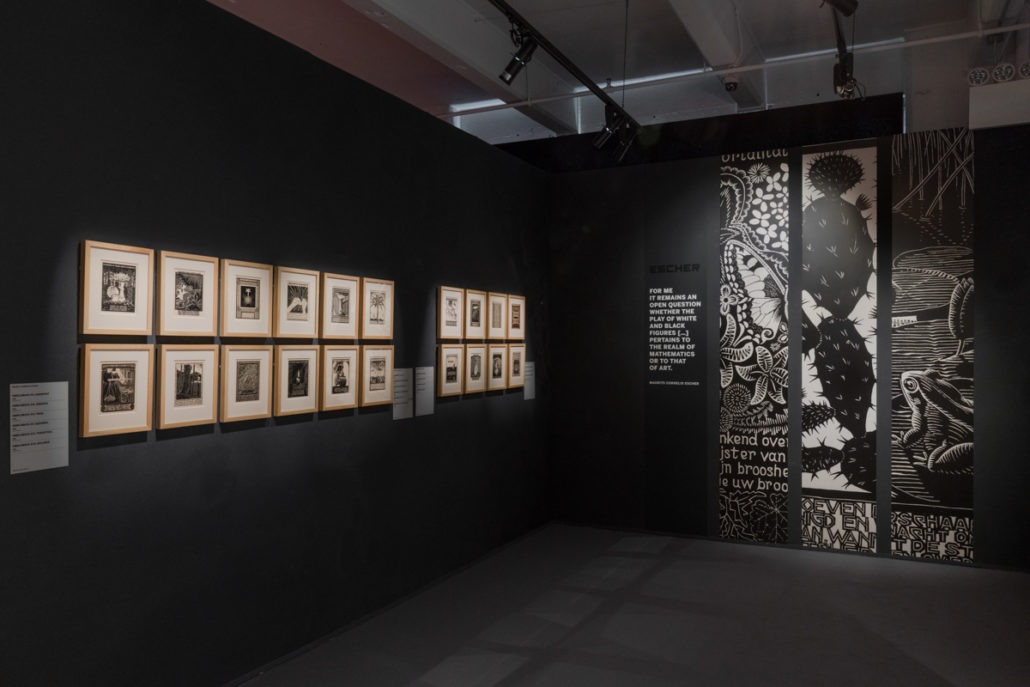 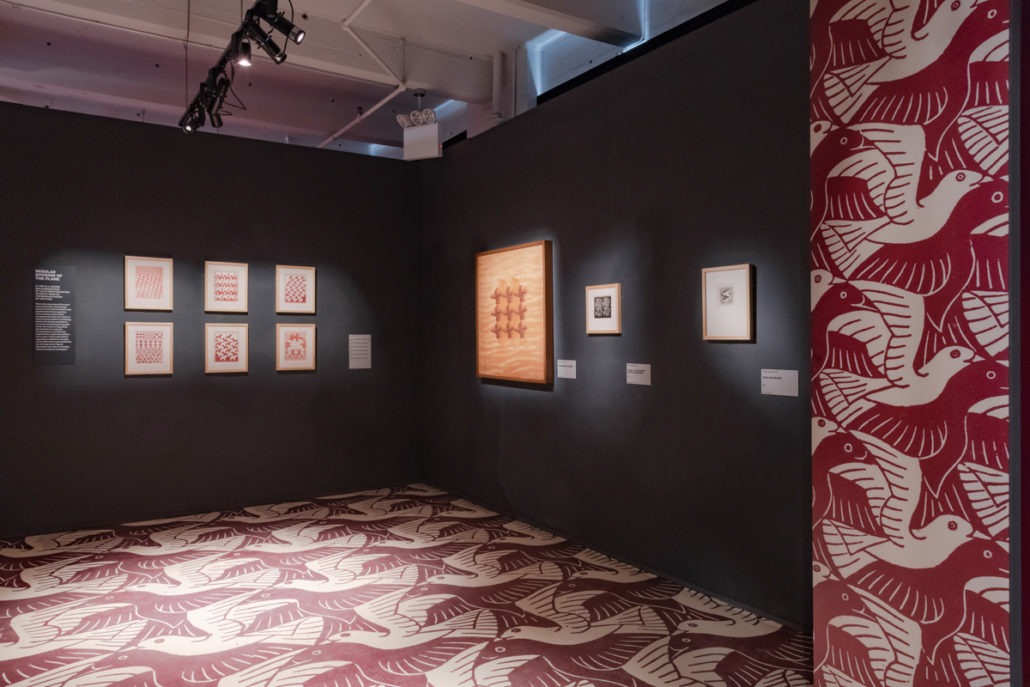 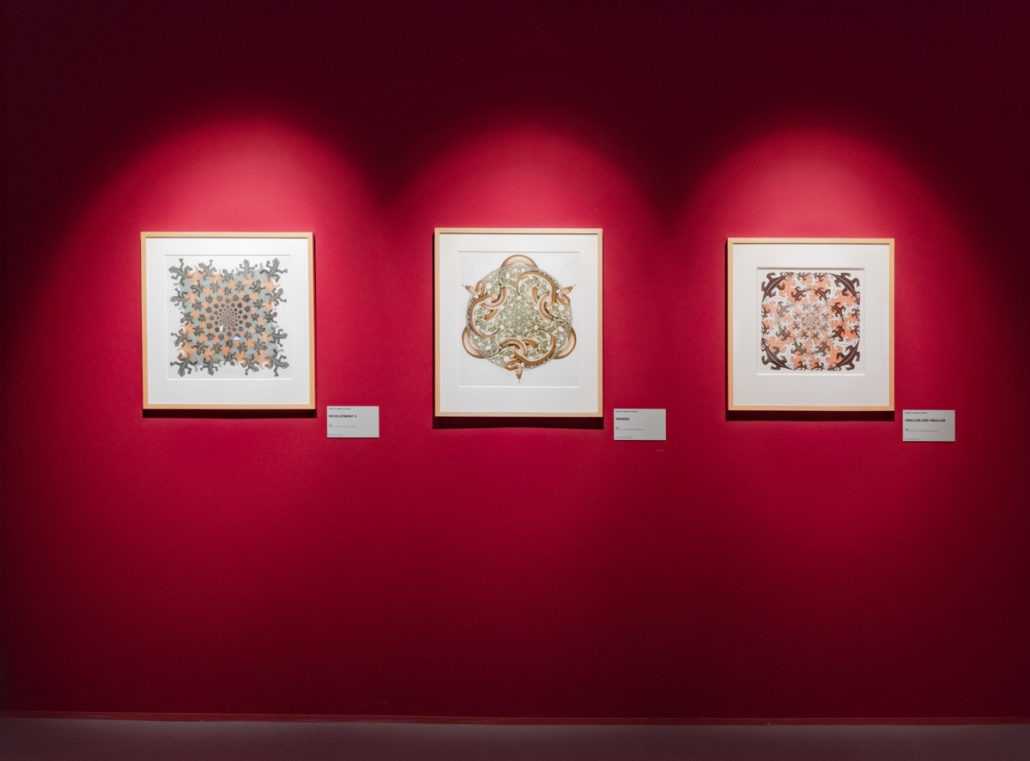 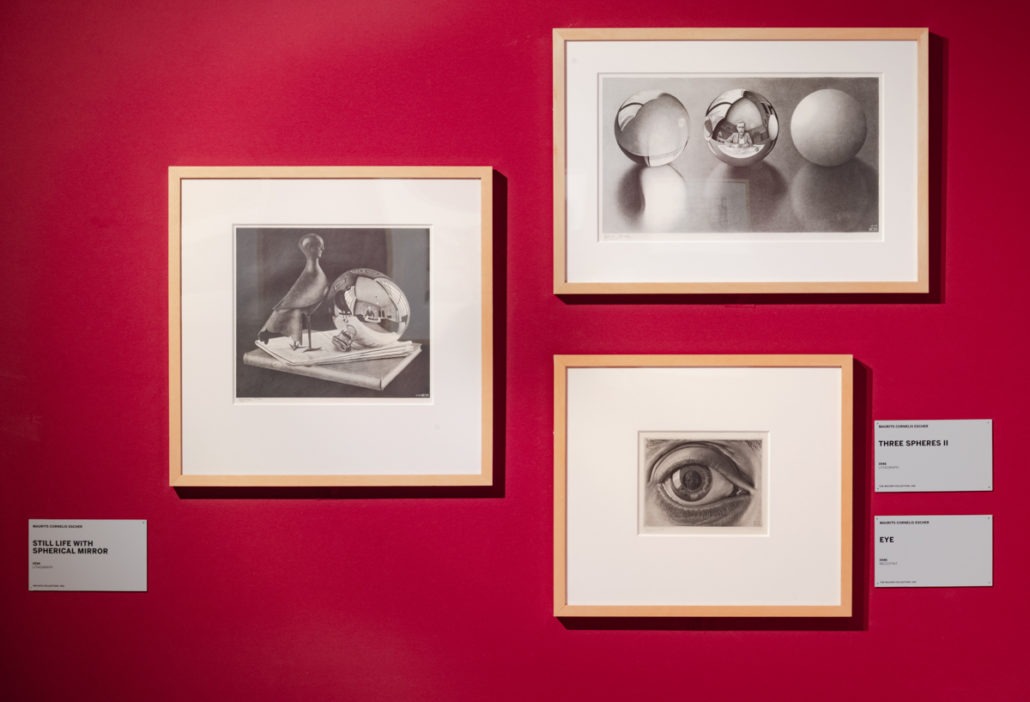 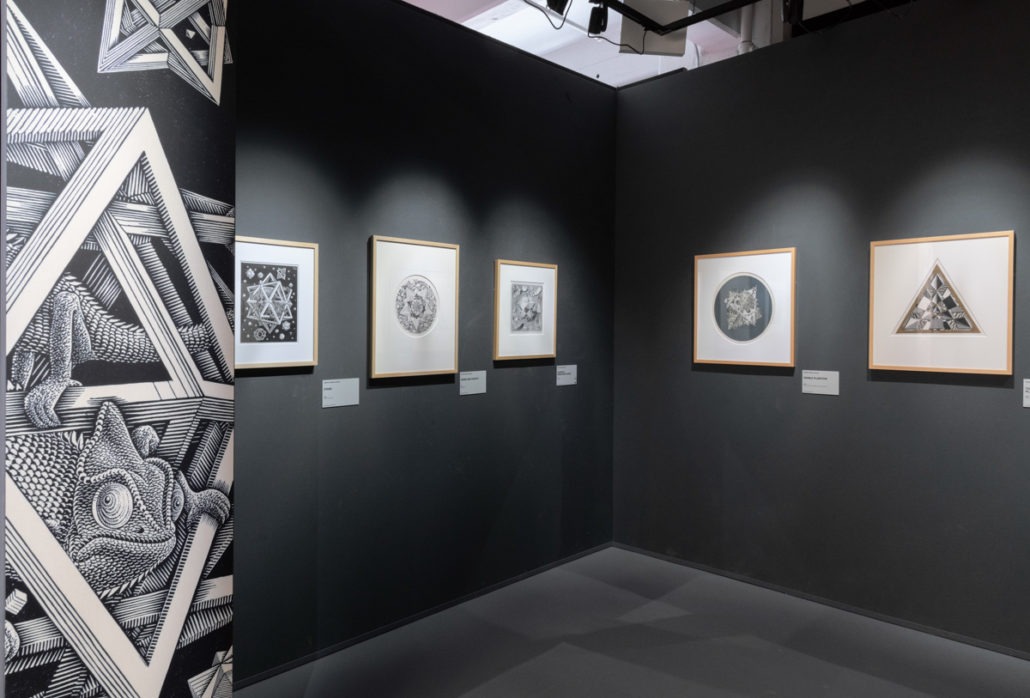 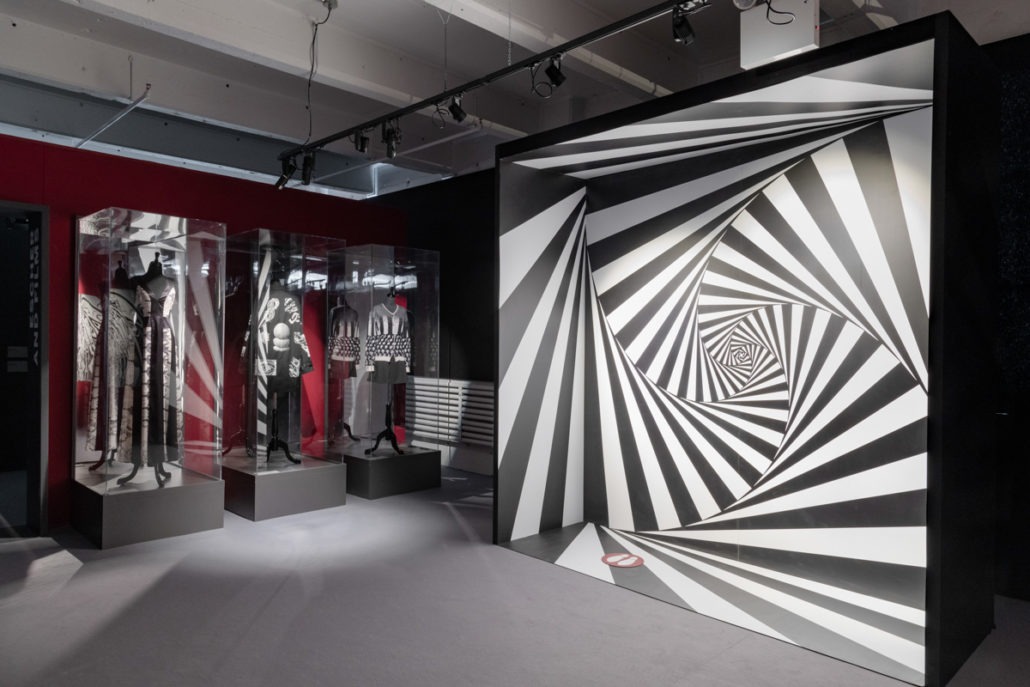