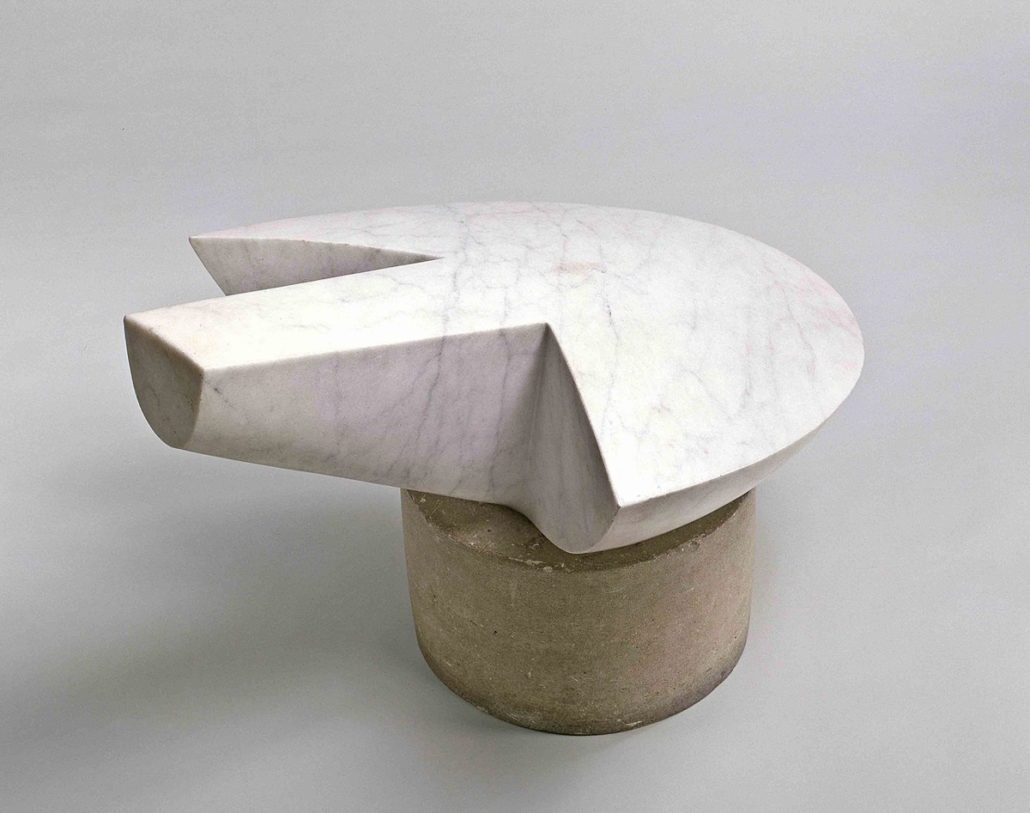 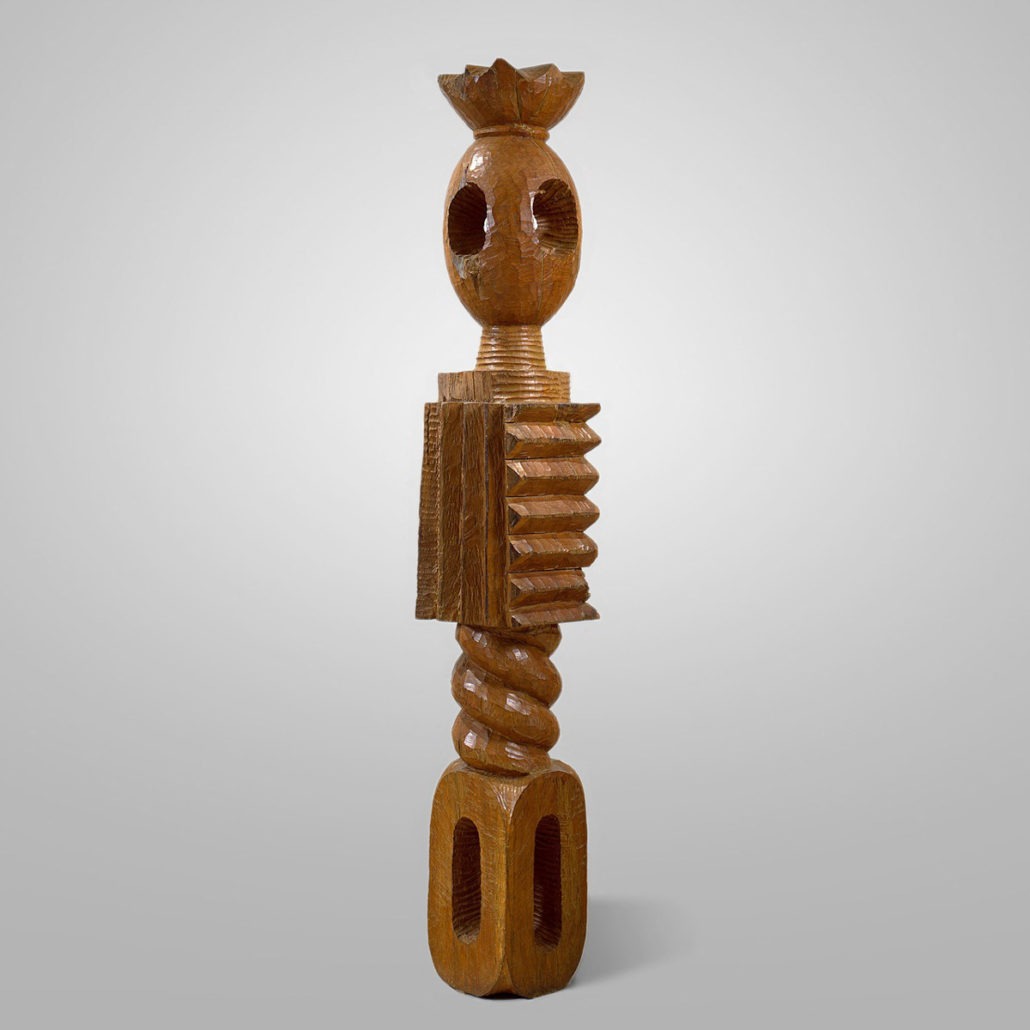 To the rather inelegant but often-asked question, “Who is your daddy?”, modern sculpture can assuredly answer, “Constantin Brancusi.” His influence on 20th Century sculpture, art in general, and even fashion (see, Rick Owens), can hardly be overstated. Brancusi’s minimalist sculpture, from the rough-hewn to the surgically precise aimed to get at the essence of things. He managed to abstract and subtract without making his subjects unrecognizable or convoluted, as some other modern artists have done. With Brancusi, your imagination needs to travel but it does need to engage in elaborate mental gymnastics. His most famous sculpture, Bird in Space, is aerodynamic perfection reducing the bird to its essential function. Torso of a Young Man is a phallic representation of the sexual essence of male youth. Torso of a Young Woman is its curvaceous counterpart. And so on.

Brancusi was born in a Romanian village in 1876, moved to Paris in 1904 and was already the toast of its dynamic art world by the 1920s. His career was marked by plenty of incidents, which were not without humor. One of the versions of Bird in Space was refused to be recognized as an artwork by the New York Customs Police and was taxed as an industrial item. Brancusi’s sculpture Princess X, which was inspired by Princess Marie Bonaparte, was basically a penis and a pair of testicles rendered in bronze. Upon being presented in the Salon, the show of independent artists in Paris in 1920, it was promptly removed after Brancusi calmly explained that he wanted to represent the essence of womanhood.

The idea that sex is the undercurrent of many things human remains as controversial today as it was then, though nowadays it’s cloaked in different terms. In Lady Chatterley’s Lover, a novel by D.H. Lawrence from the same time period (and also banned), after coming to an orgasm she never knew she had in her, Lady Chatterley thinks, “What liars poets and everybody were! They made one think one wanted sentiment. When what one supremely wanted was this piercing, consuming, rather awful sensuality.” A view Brancusi would appreciate.

That this part of Brancusi’s oeuvre remains unexplored in a pair of small shows of his work currently on view at the MoMa and the Guggenheim in New York is a bit of a shame. (If you ever get the chance, you absolutely must visit Brancusi’s reconstructed atelier in the Centre Pompidou in Paris.) But both institutions display only what’s in their collections, and those works are still worth the visit, especially because there are other must-see exhibits in the same museums.

The Guggenheim show is held in a room off the main floor, which is occupied by the Giacometti retrospective. It provides a nice counterpart, as Brancusi influenced Giacometti’s work.  The six sculptures and a dozen or so photographs on display make for a pleasant detour. Of these, there is the impressive trio carved out of wood – Adam and Eve, King of Kings, and the Sorceress. But perhaps my favorite was the marble Flying Turtle, which again shows that Brancusi was not without humor.

The exhibit at the MoMa is more substantial. Amongst the twenty-one featured works, ranging from 1910 to 1941, there are two bronze versions of Bird in Space, a part of Brancusi’s Endless Column, roughly hewn out of wood, and Mlle Pogany, one of his early sculptures. There are also a couple of drawings and several photographs of his studio. Don’t overlook those, because that is Brancusi’s own essence – a sculptor in his studio, his apron covered in plaster and whatever else, a man with nothing in between him and his work. 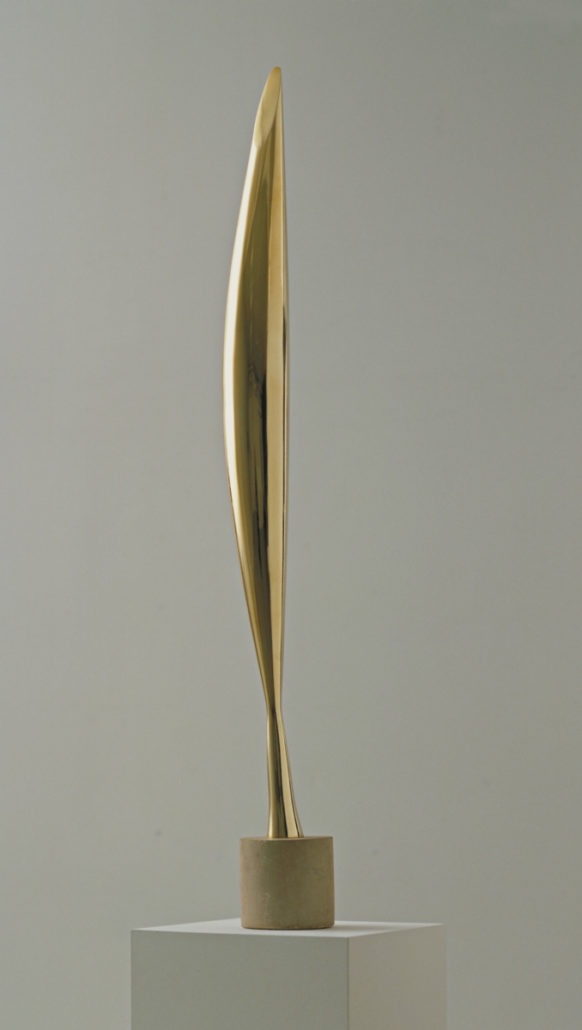