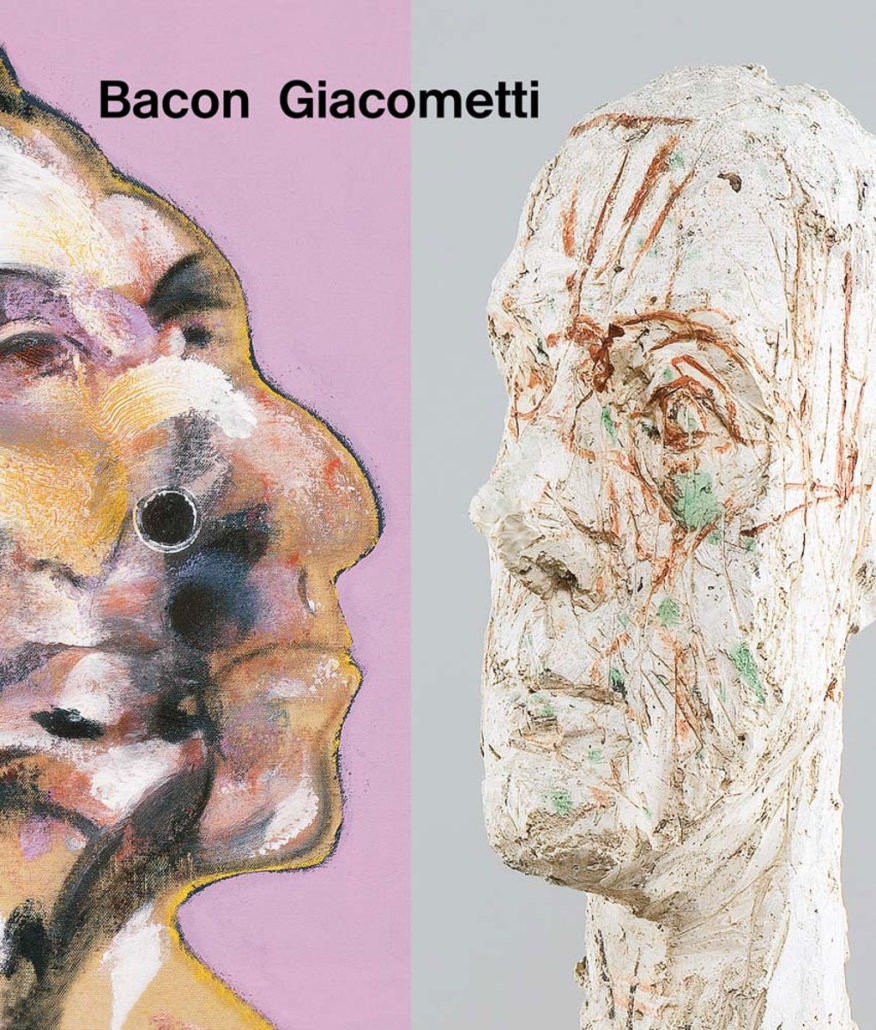 This has been another marquee year for the European titans of mid-century art. Another, because, well, every year has been a big one for a while now, as their work continues to fetch astronomical prices, in the game of oneupmanship, wealth-parking, and tax avoidance by the ultra rich. But enough about that – the art is good and, thankfully, a lot of it can still be seen by the public. In New York there is the Giacometti retrospective at the Guggenheim, in London a show on Francis Bacon and Lucian Freud, in Switzerland one on Bacon and Giacometti. And if you cannot get there, there is a small consolation of getting an exhibition catalog.

The Bacon / Giacometti catalog by the German publisher Hatje Cantz that accompanies the eponymous exhibit at Fondation Beyeler is a large format, hardcover affair that clocks in at 204 pages and contains 162 illustrations. The theme of juxtaposing these two artists is tenuous, but workable if you don’t mind stretching your imagination. It follows a familiar trope of exhibition curation – putting two artists side by side and highlighting commonalities that perhaps haven’t been spotted before. The Bacon and Lucian Freud exhibit at Tate in London is doing something similar. But while Bacon and Freud, both painters, were close friends, there is documented evidence of Bacon and Giacometti meeting only once (the meeting, at Tate Gallery in London in 1965 is described in the book). Surely, the two knew each other’s work, and there are loose threads connecting it, but I could not help but feel that the skin of those connections has been stretched too thin over the thematic carapace that does not make all that much sense. However, one does not necessarily need to dwell on the theme, and I would go look at a Bacon and Giacometti exhibit if their only connection was liking the same brand of whisky.

Other dubious claims come as early as the first sentence accompanying the book. To wit, “Two of the twentieth century’s most outstanding artists meet: Ablerto Giacometti and Francis Bacon.” They are certainly outstanding, but are they number one and two, indeed? I couldn’t make a #1 & 2 claim for any artist even at gunpoint. Unless the authors meant that the two are of the number in the 20th Century’s artistic parthenon? Ok, then. Perhaps we concentrate on the pictures. And there you get great examples of both artist’s work, organized by those tenuous points of commonality. Both had a muse in the artist and art-world fixture Isabel Rawsthorne, who introduced the pair, and who had sat for both (supposedly, Rawsthorne was the only woman Bacon, who was gay, slept with). Both used a cage shape to delineate their imagery. And then the similarities get abstract enough to match most artists – “screaming and silence,” “time and space,” and “obsession” –  I mean, if you are not obsessed as an artist, perhaps you shouldn’t be in the business. And so on.

I guess the final verdict is this – if you buy into these themes, get the book. If you don’t and you like these artists, you are better off having monographs from each. 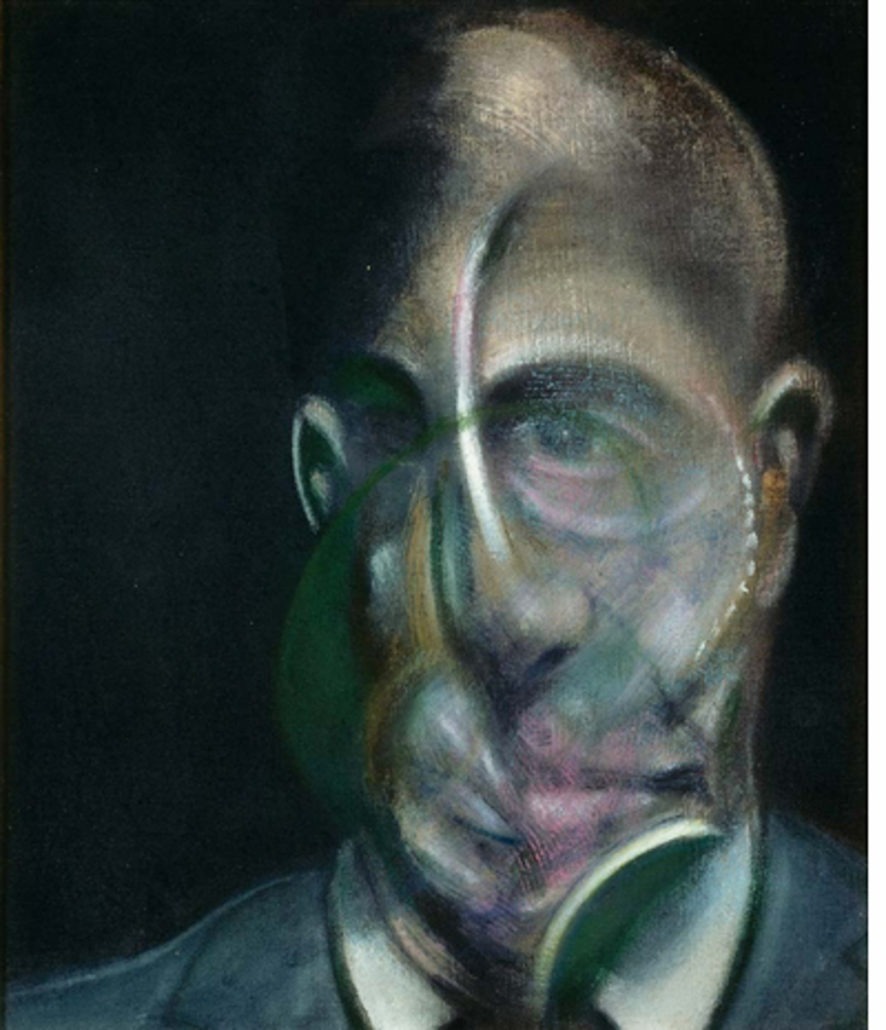 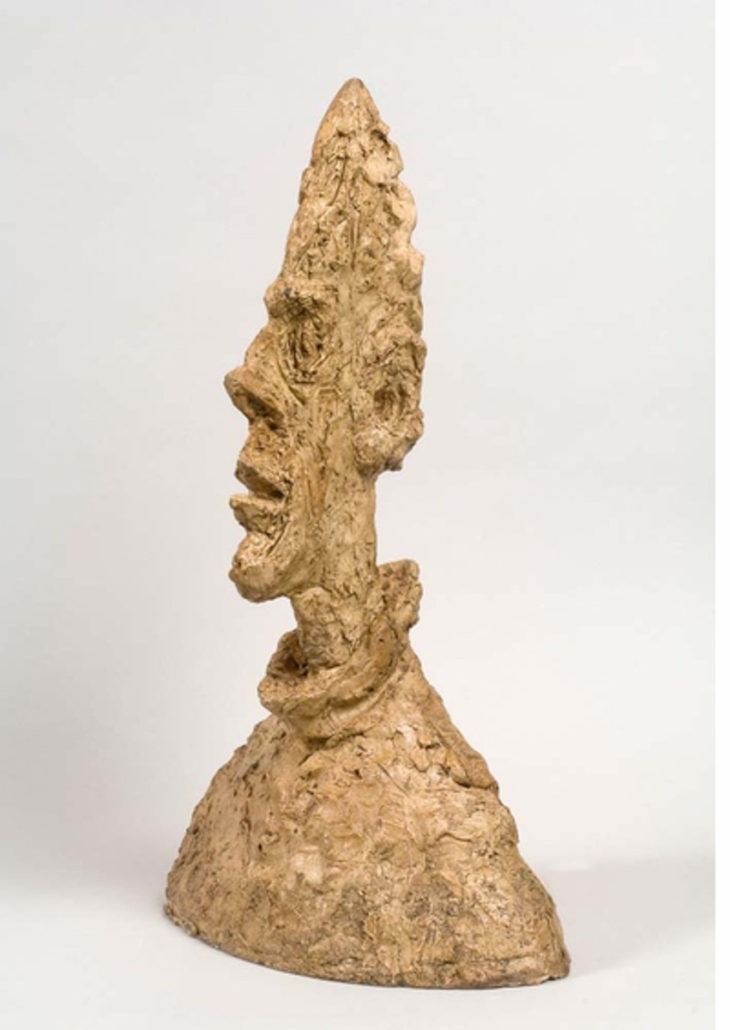