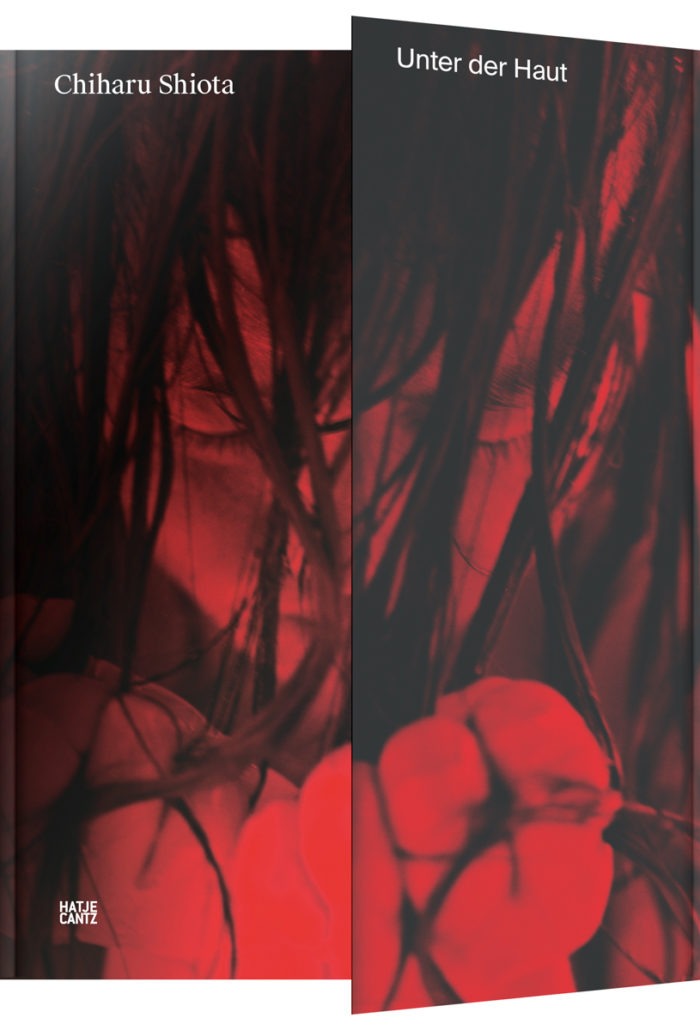 I don’t remember the first time I encountered the work of Chiharu Shiota, but I remember being immediately drawn to it. I remember a piano, its keys burned, out of which sprouted an intricate fountain of black wool string. It was novel and mesmerizing in its complexity and scale, and the installation gave off an almost palpable sense of longing. Now, to be drawn to something is to feel rather than reason, and I always feel that emotional attraction alone is a bit of a copout. I need to be able to explain what I am feeling, reason through it, at least somewhat. Otherwise, it’s impossible to debate art, and also I am out of work. Nevertheless, the strong, gut attraction was undeniable. I’ve seen her work in person twice since – once at Art Basel in Switzerland, and once at Le Bon Marche, the Parisian department store. Each time, her monumental installations were easy to recognize as her work. The string has become a signature for those who know Shiota’s work. The string connects and enmeshes, it’s both protective like shelter and dangerous like spider web.

The things Shiota connects are symbolic – beds, keys, letters, suitcases. Their symbolism is multivalent – memory, comfort, transience, identity. Identity is important – it’s your bed, it’s your key, it’s your suitcase – these things are personally and close, omnipresent but unique once owned.

Last year, the Japanese-born Shiota had her first retrospective in Berlin. The show marked her 20th anniversary in the city. If you, like I, could not make it, there is the book by the veritable German publisher Hatje-Cantz.

Shiota’s work has a therapeutic feel, which is even more pronounced when you flip through the book and examine one project after another. It’s as if the artist is trying to work out some trauma within her (or outside of her), but can’t quite do it, and so new iterations of the work are required, new angles, new approaches. I was pleasantly surprised that for the interview that accompanies the catalog Shiota asked to speak with a psychologist and not with an art historian or curator. Unfortunately, the interview is pretty much useless. It sheds little light on Shiota’s work, except that it’s about connectedness. “Well, duh!” seems like the most appropriate response here.

So, on to the pictures then, and here is again a stumbling block. Shiota’s installation tend to be massive. The large scale is needed to make an impact, to immerse. This is lost on a page of a book. By all means buy it if you need a catalog of Shiota’s work, but see the work itself whenever you get the chance.

Chiharu Shiota: Under the Skin – Hatje Cantz ($75). Images courtesy of the publisher. 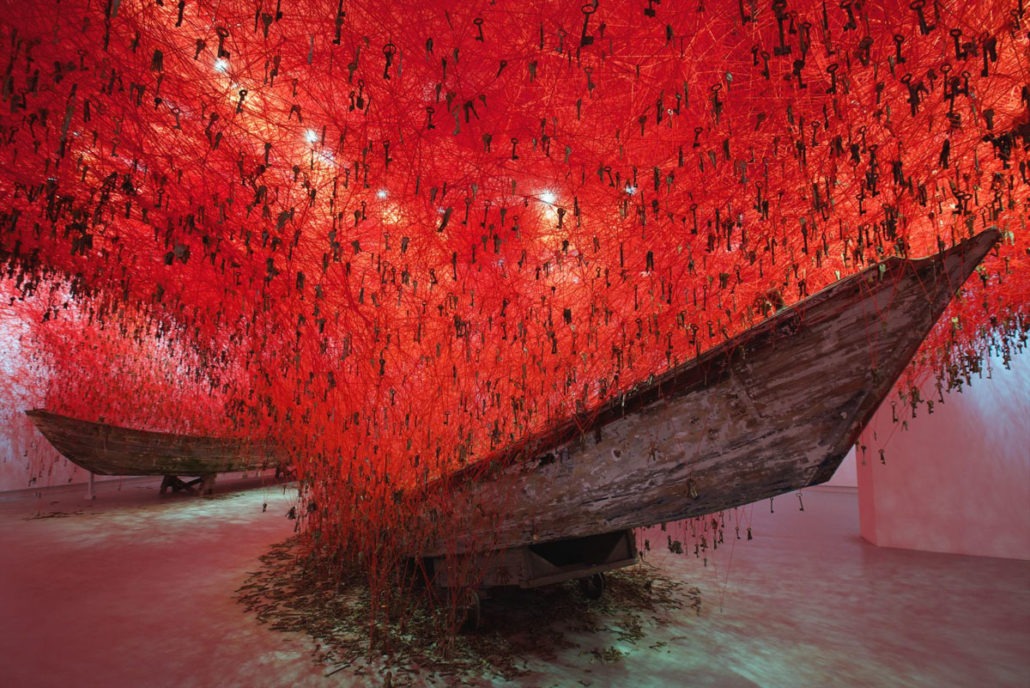 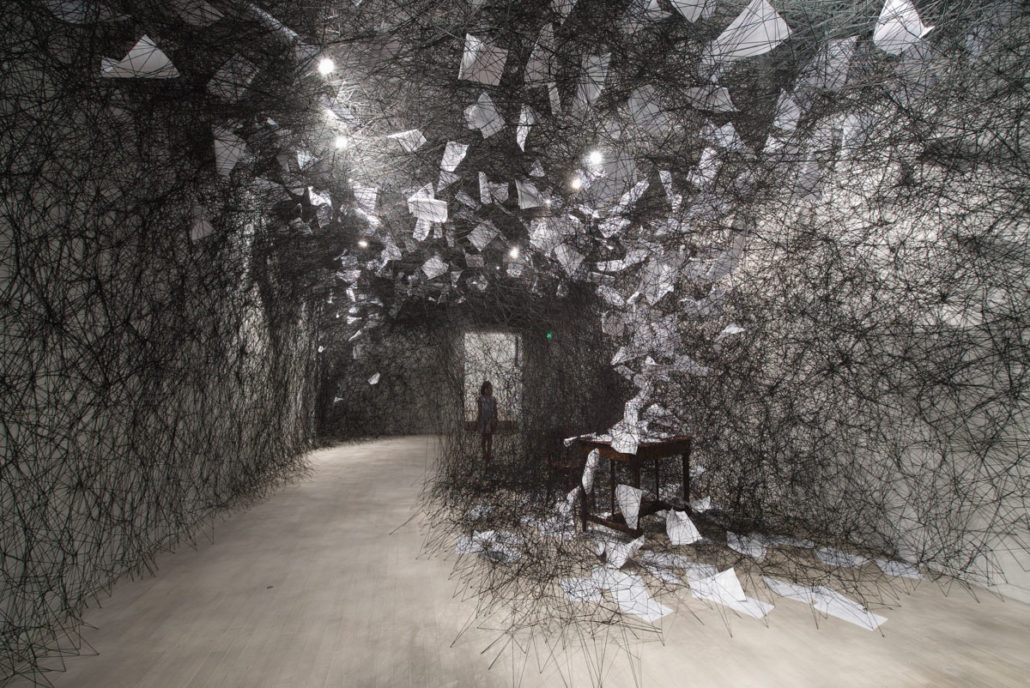 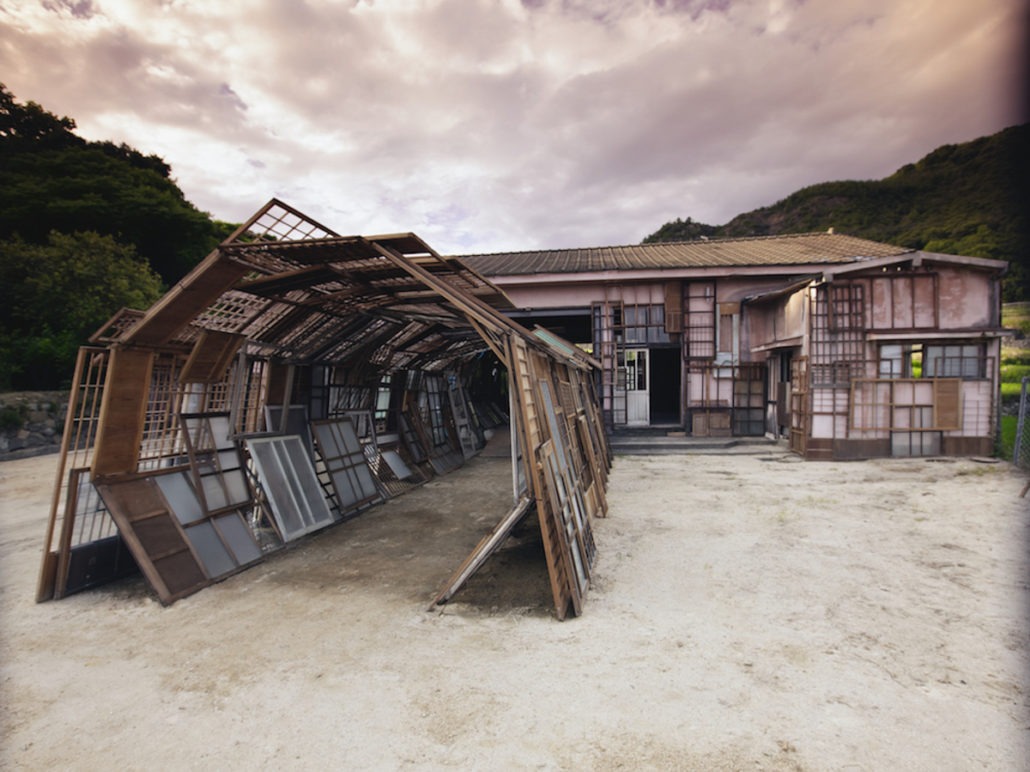