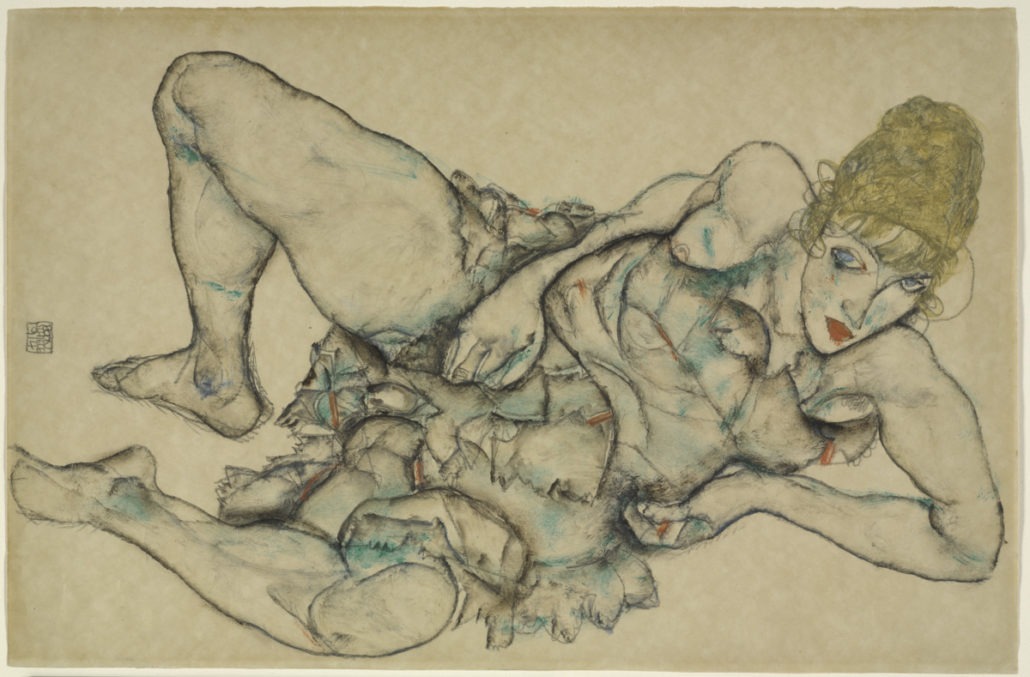 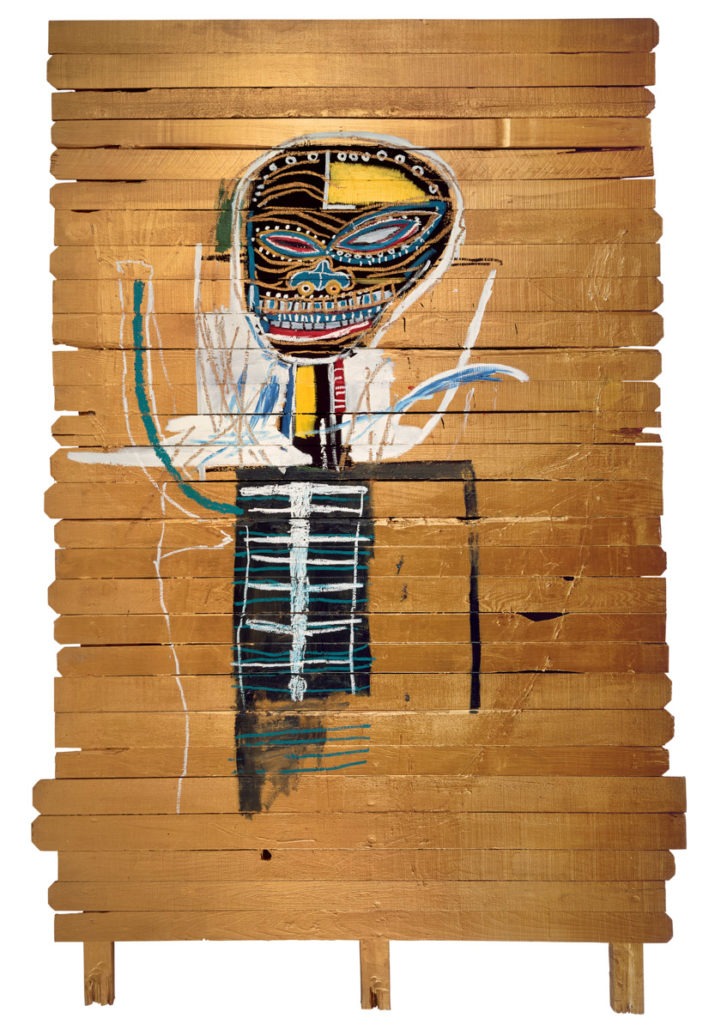 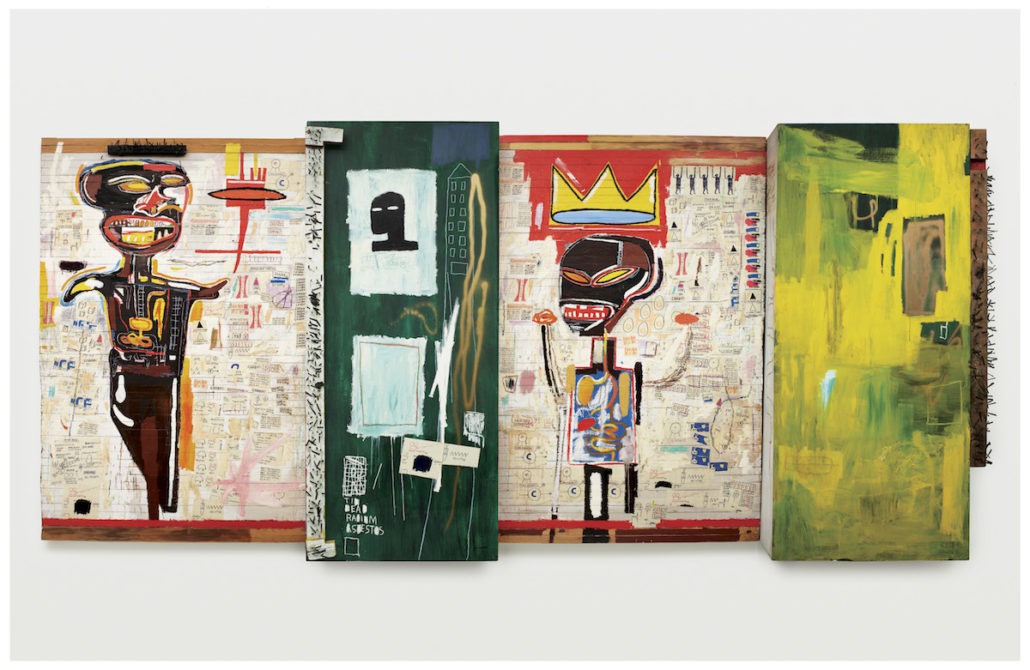 PARIS, France – When Foundation Louis Vuitton opened several years ago in Paris, it joined a slew of those manufactured by the newly minted patrons of the arts who have made such incredible amounts of money that they could build not private collections but entire museums; people like the fashion designer Miuccia Prada (Fondazione Prada in Milan) and the real-estate moguls like Eli Broad (the Broad in Los Angeles). Blockbusters would be needed to gratify egos, and blockbusters were held, and continue to be held. This is not a gripe, just an observation, because I’ve seen some of the finest art exhibits in those museums. The new blockbuster pairing currently on display at the FLV is that of Egon Schiele and Jean-Michel Basquiat.

If the pairing baffles you, you are not alone. I’ve tried to see what makes these two a match and failed. I turned to the press release, and it said the following in words supposedly belonging to Bernard Arnault, LVMH’s chief, “Although they were created at opposite ends of the twentieth century on two different continents and in two different environments, the works of Schiele and Basquiat have much in common: virtuosity, the preeminence of the body, the expression of a raw and sometimes tortured subjectivity. They are also linked by their destiny and fortune, that of a short-lived body of work, the impact and permanency of which have rarely been equaled. Their formidable output is not something to be explained, but rather flows from irrationality, a true passion for life and creating.” Perhaps. Though I can squint all I want, but I just don’t see “the preeminence of the body” in Basquiat, who, first of all was not skilled enough to draw a body the way Schiele could, and second of all was preoccupied by the city and the country he lived in. Basquiat’s horizons were broader, while Schiele sought to escape the bourgeois world he found so suffocating by collapsing it to the limits of the human body. Basquiat sought to escape nothing – he was happy to play in the gilded playground SoHo’s rich art operators built for him.

But never mind all that, because we are here to see the art and the art on display is glorious, if you happen to like the artists. I love Schiele and don’t care for Basquiat, but I dutifully slogged my way through both exhibits. Slogged, because while Schiele is manageable, because his work is small in scale, the Basquiat part is an exercise in endurance. I know it’s a tough sell, because the Foundation is situated at the edge of Paris, but if you can, consider visiting twice, and taking in each exhibit on its own, or you will suffer from art overdose. This is a common problem these days as blockbuster shows tend to get more and more blockbustery.

The 100+ drawings (and several paintings) of Schiele occupy several rooms on the basement floor of the museum. It’s as comprehensive of the oeuvre of his as I have ever seen, and it is delightful. And by delightful I mean his awe-inspiring skill at drawing and at drawing out the anguish of life from his subjects. For Schiele’s great achievement is pulling out the anguish from the soul and putting it into the body. His gaunt, twisted figures bespeak the anxiety of Schiele’s age, and probably of any age. Schiele’s work is timeless because suffering is timeless.

In contrast, Basquiat’s work is very much that of his time and place, New York of the 1980s, with avarice and racism and Reagan on display. Whereas Schiele’s work is intimate, Basquiat’s is immense. And even the number of the works of the two is comparable, the space they take up is not. Basquiat’s 120 paintings occupy the rest of the museum’s six (If I recall correctly) floors. Bring water and patience in ample supply. I never know at what point exhaustion overtakes excitement, but mine started trailing off about half way. I would not exactly say that Basquiat’s work is more repetitive than Schiele’s, whose obsession with the human form, especially its nude female variety, is self-evident, but it certainly feels that way. Maybe it’s precisely Schiele’s small pictures are so minutely detailed that they don’t overpower you the way Basquiat’s do. Overpowering here is not a compliment. Half way through Basquiat I got rather bored or his repetitiveness, because this repetitiveness is partly due to lack of Basquiat’s skill and imagination as an artist. Basquiat was a classic case of too-much-too-soon star-making of New York’s art world. He was chewed up and exploited and died too young to allow to develop into something finer. He has made some people very rich along the way. A recent sale of one of his paintings for an idiotic sum of $110.5 million to a Japanese collector has put Basquiat in the minds of such art world money operators like Jeffrey Deitch, “in the same league as Francis Bacon and Picasso.” Really? Have you seen their works side by side?

In any case, both exhibits are certainly worth visiting, regardless of the art market shenanigans. And, who knows, perhaps you’ll find more in common between Schiele and Basquiat than I did.

J.M. Basquiat and E. Schiele, on view at the Foundation Louis Vuitton in Paris through January 14, 2019 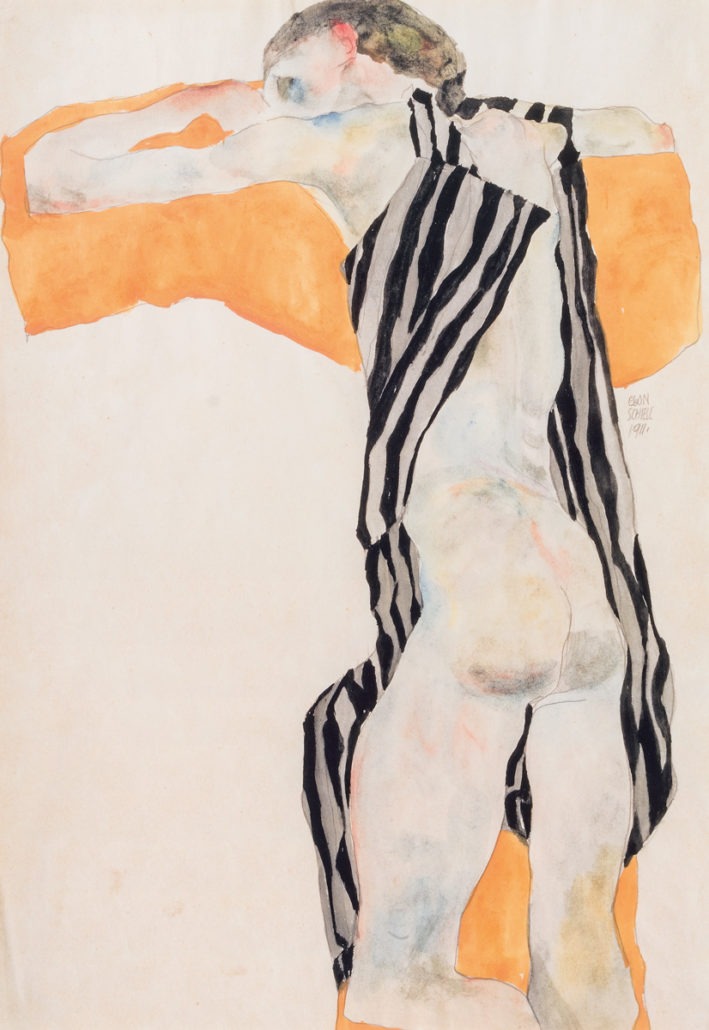 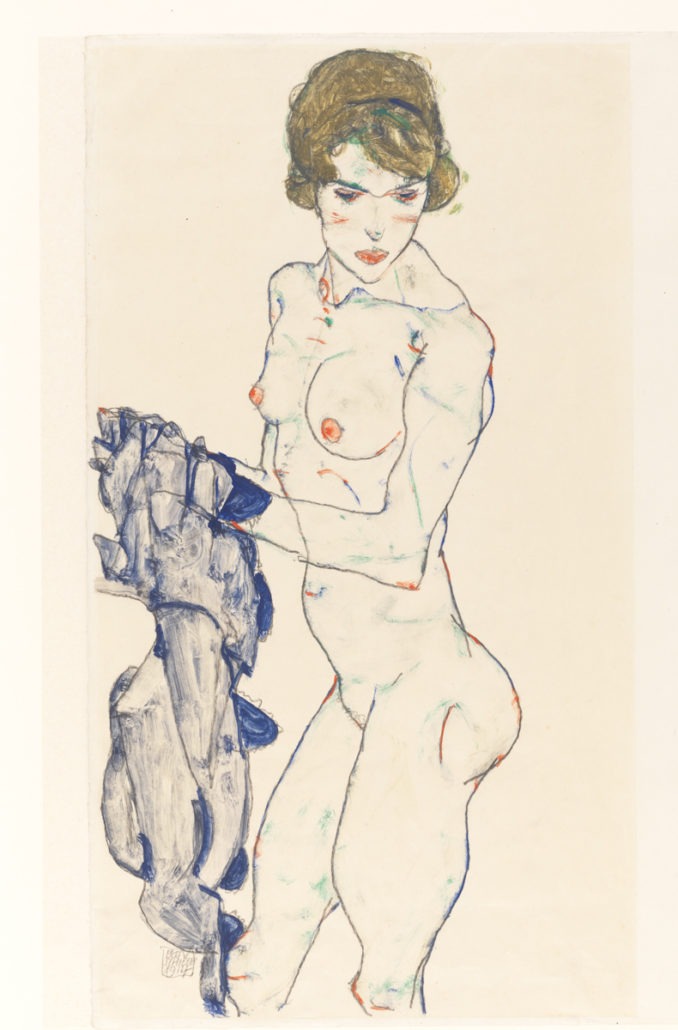