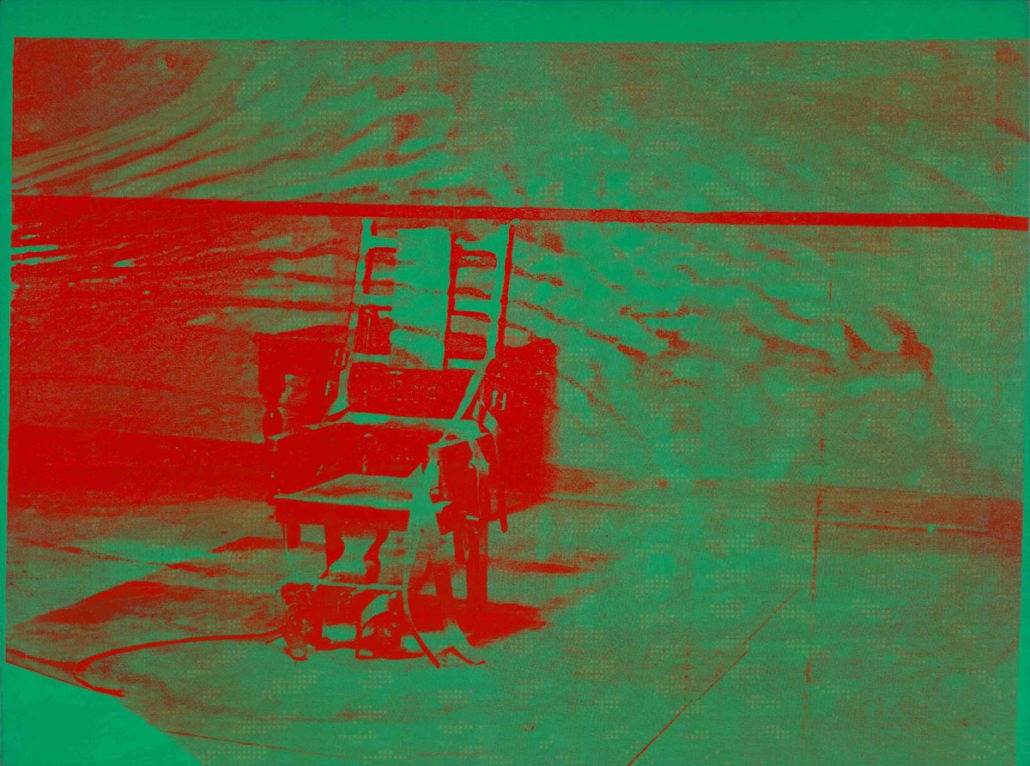 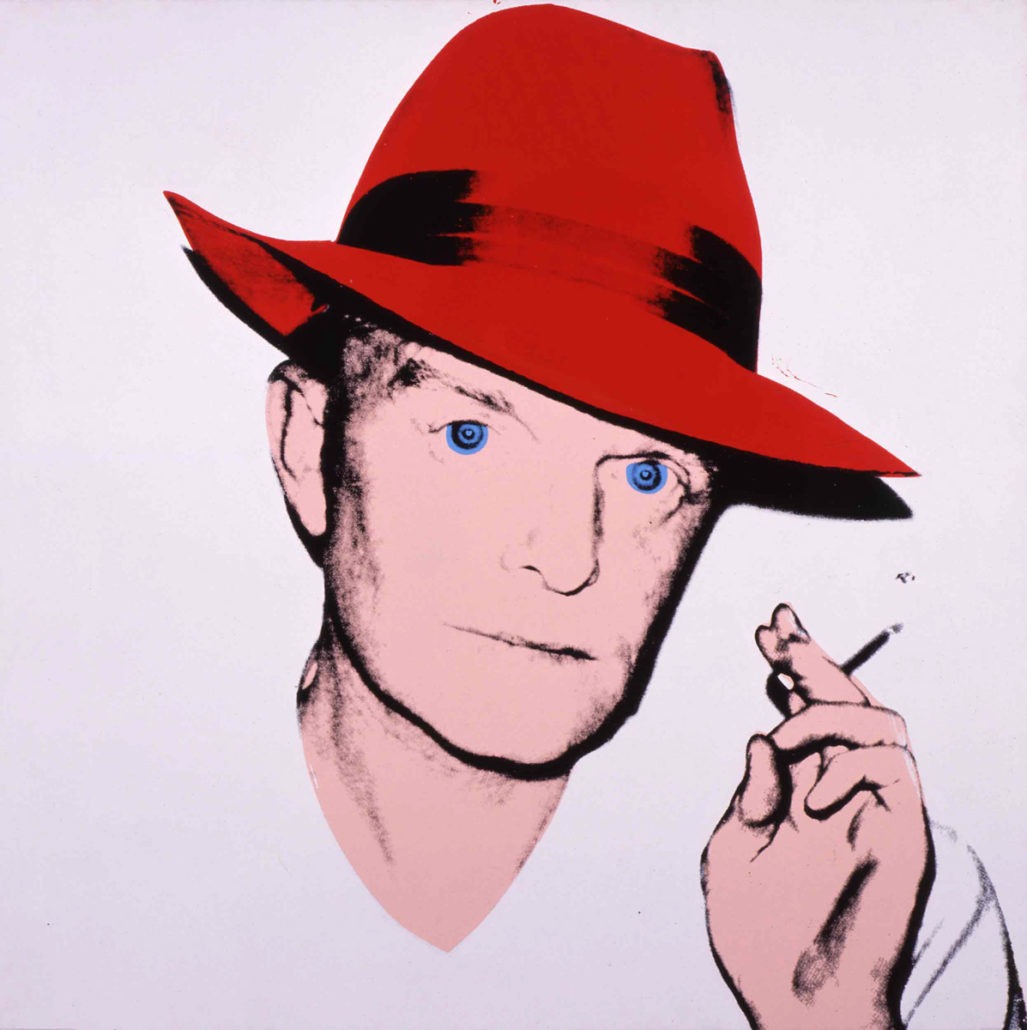 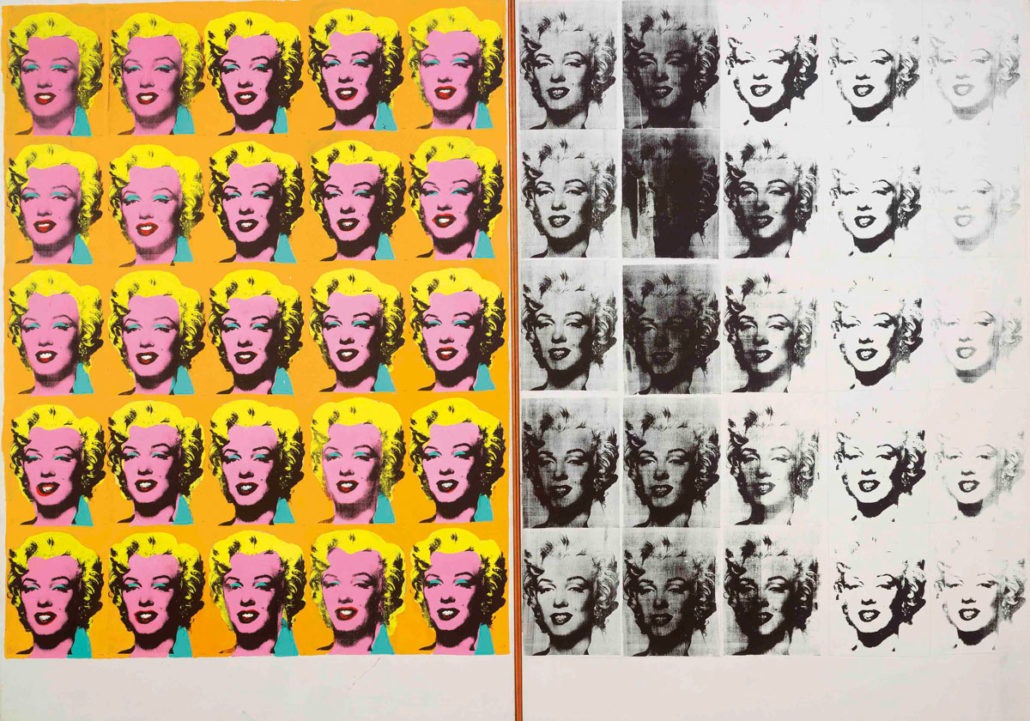 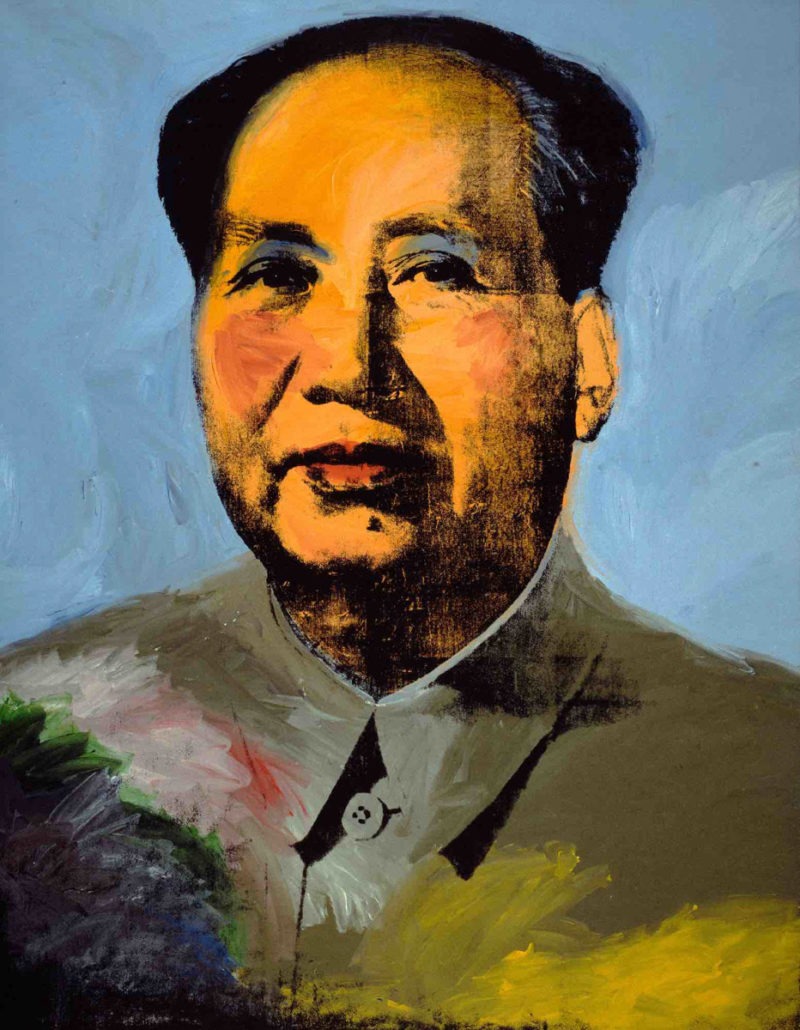 My relationship to Warhol’s art has been full of tension. I used to hate it – the obviousness of it, the surface, the refusal to say something serious. Its campiness used to grate me; I usually love camp, but there was a deadness in Warhol’s campiness that turned me off. I hated his celebrity worship, his vampiric tendencies, the way people around him seemed to self-destruct while he looked on with detached amusement. I used to hate the ease with which he cranked out his output – it’s no coincidence that his studio was named Factory. Isn’t art supposed to be hard and hard-won?

In the past couple of years I’ve mellowed from hatred to suspicion and sometimes begrudging appreciation. Warhol’s importance cannot be denied, even by the harshest of his critics. Few artists have been able to capture the zeitgeist of the second half the 20th Century the way he has – consumerism, celebrity obsession, the spectacle, the triumph of the image over the substance, the death of nuance, the simulacra and simulation of our increasingly two-dimensional lives. Oh, he’d have a ball today, no doubt about that. His pronouncement that “In the future, everyone will be world-famous for 15 minutes” was nothing short of genius. He said it in 1968, before Guy Debord’s 1967 masterpiece The Society of the Spectacle was translated into English (in 1970).

And so I dutifully, and with as much of an open mind as I could master, went to see the new retrospective of Warhol’s work, “Andy Warhol – From A to B and Back Again” at the Whitney Museum of American Art in New York. According to the Whitney’s press materials, this is the first Warhol retrospective in the US since 1989. This seems inconceivable, given how ubiquitous Warhol’s presence is in our culture, from his images on Uniqlo t-shirts to the unstoppable stream of books that mine every little corner of his prodigious artistic output.

Though some major works were missing, the show did not disappoint. And despite the exhibit being spread over three floors, it is merciful in size, unlike say the exhausting Basquiat juggernaut at the Louis Vuttion Foundation in Paris, and easy to navigate.

The show does what a good retrospective should do – show an artist’s career arc in uncompromising light. It underscored a couple of things that need to be unpacked – how uneven Warhol was as an artist, how experimental, and how ultimately short-lived all art movements are.

I took a wrong turn at the retrospective’s fifth floor entrance, so, accidentally, my tour began with the most powerful of Warhol’s work, the silk screens showing car crashes, the electric chair, and the race riots. Some critics – like Peter Schjeldalh of the New Yorker – maintain that Warhol was a mere detached observer of society. I beg to differ. The very selection of these images is already the passing of judgement on the horrors of contemporary America. The repetition used and the empty canvasses that Warhol juxtaposed against the full ones, like in Mustard Race Riot (1963), create an eerie blankness that is anything but passive. These paintings can’t not touch the viewer, and I seriously doubt they did not touch Warhol as he was working on them.

One of the most powerful Warholian methods was repetition. It captured American culture as both superficial and dynamic. Warhol was obsessed with film and you can almost see repetition in his paintings as a deconstructed movie reel, each square really a film still. This is especially present in the Marylin Diptych (1962), a large silk screen in which the face of Marylin Monroe is repeated fifty times. Most likely painted right after Monroe’s death, her face slowly fades away by the end of each row, perhaps a commentary on how easily and how quickly fame itself fades.

In the early ‘60s Warhol was already witnessing that art was becoming entertainment for the masses. In 1963, the Mona Lisa was shown at the Met Museum in New York. Over the span of a mere three and a half weeks more than a million people visited the museum to see the legendary painting, with TV and other mass media whipping themselves and the masses into a frenzy. In response Warhol immediately set to work – Thirty Are Better Than One (1963) is a canvas of thirty silk-screened Mona Lisas and a sly comment on the masses gorging themselves on art. He did other Mona Lisas in 1963 – ironically, one of them was donated to the Met in 1965.

The American life was and continues to be large in everything from food portions to cars. Warhol’s paintings were large, too. Silk-screening allowed for it, almost demanded it. Here Warhol borrowed from Rauschenberg, but unlike Rauschenberg, who was cerebral and serious, Warhol was cerebral and unserious. Although, one could argue that Warhol was serious in the same way Oscar Wilde was serious – serious about the surface. Sometimes it worked, and sometimes it didn’t. The flower paintings showed on display are absolutely boring and meaningless. On the third floor, paintings, except the ones of Mao and the ones done with Basquiat, with whom Warhol created over two hundred works, are boring as well. By the time you get to the first floor and walk into a room full of silk-screened celebrity portraits, mostly done in the ‘70s and the ‘80s, you realize that as an art movement Pop Art has already exhausted itself, as did Warhol. Perhaps the greatest realization of postmodernist art was that every art movement inevitably and rather quickly comes to a dead end. Still, Warhol’s greatest achievement was to write “ANDY WAS HERE” on the wall of American pop culture. Few artists get to do that.

Andy Warhol – From A to B and Back Again, on view at the Whitney Museum of American Art through March 31, 2019