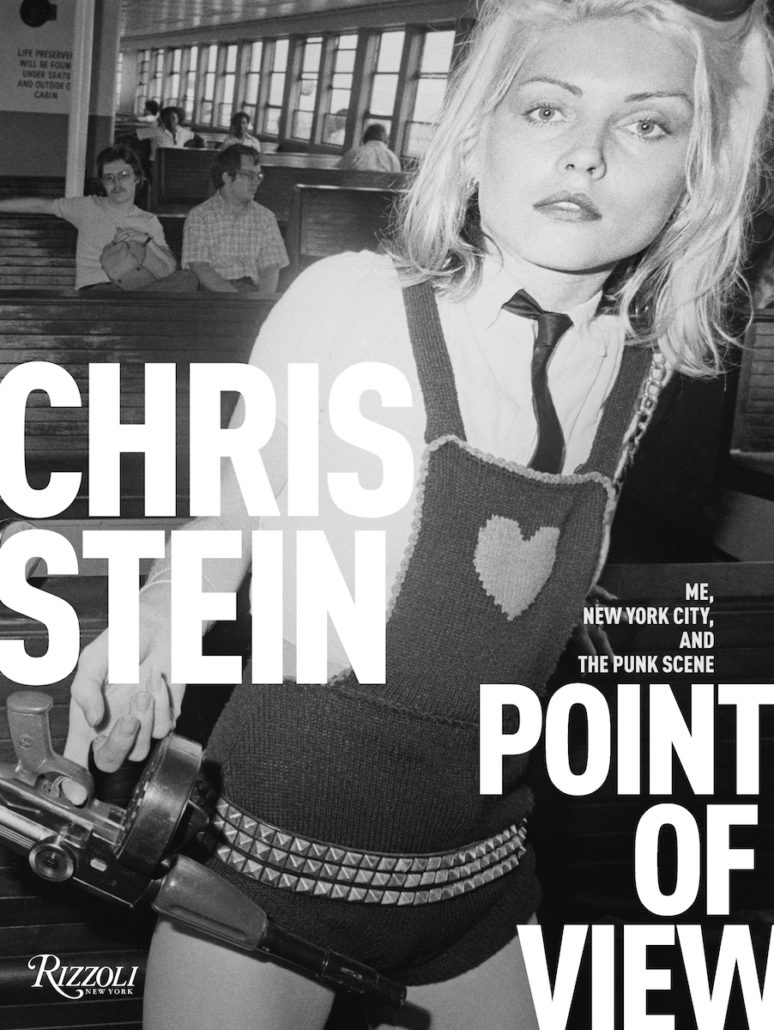 Chris Stein, the co-founder and guitarist of Blondie, was there. “There” is the mythical New York of the 1970s, where music and art were produced with unparalleled vitality in a place that was dangerous and exciting at the same time; where downtown culture was a free-for-all and people were less prudish and more prone to risk-taking; where life did not seem so managed, as it is now. Or at least that seems to be the consensus. Stein was there, not only to play with Suicide, the Ramones, and Television, hang out with Andy Warhol, or date Debbie Harry. He also happened to take pictures, which are now available in his second book, Point of View: Me, New York City, and the Punk Scene, published by Rizzoli. Unlike his first book, Negative, which dealt more with the music scene, this one gives more prominence to the city as the milieu for the artists and musicians Stein knew.

There is another dimension to Stein that speaks to me on a more personal level. He is another Jewish kid who made it out of the immigrant neighborhood where nothing much happens and nothing is expected to happen. I would know, because I live now where Stein used to live as a kid in the ‘50s.

I caught up with Stein and we spoke at length about his life in New York and the scene he was so embedded in. Below are the excerpts from our conversation, condensed and edited for clarity. 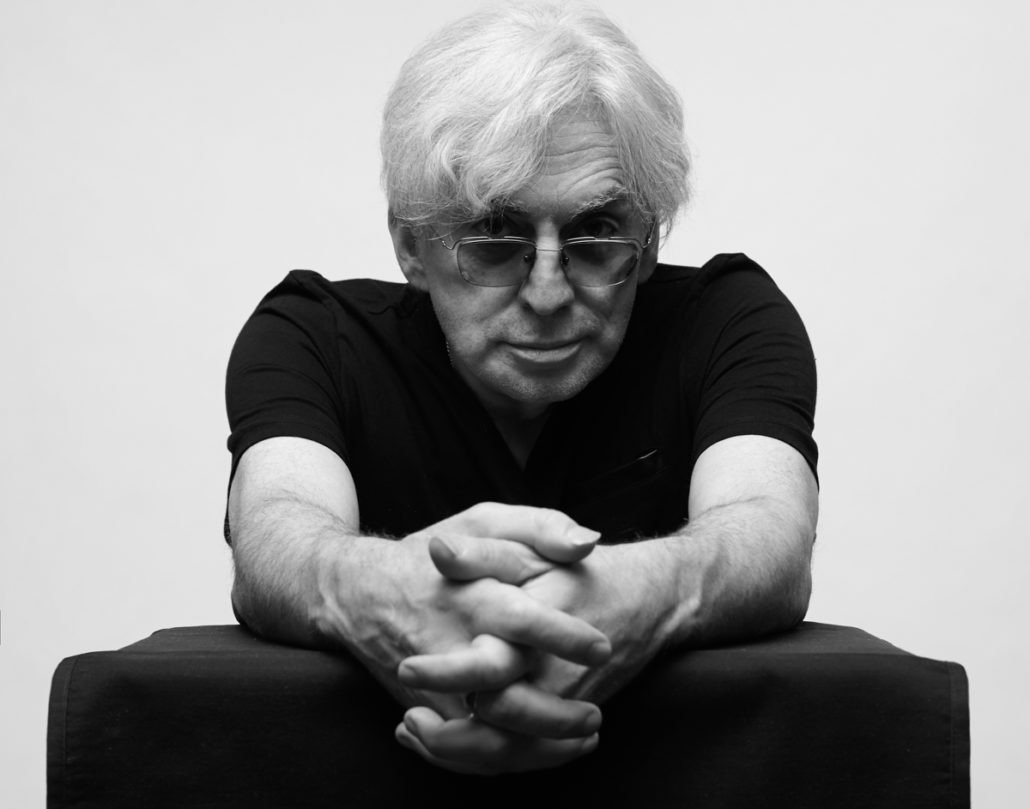 Eugene Rabkin: So, from what I’ve read you grew up in Midwood (Brooklyn)?

Chris Stein: Yeah, we lived on Coney Island Avenue, and then moved to East 13th St, near Avenue J. It was a mix of Jewish and Italian middle class people. It was all normal to me, because when you grow up where you grow up and you haven’t been anywhere else, you have nothing to compare it to.  My parents came from Russia, and my father didn’t even have his birth certificate – we didn’t know how old he was when he died.

I once gave a print of a photo of Lester Bangs (the legendary music critic) on Coney Island beach to Jon Stewart (the former host of the Daily Show), and he got very excited because the building in the background was where his father lived.

When I moved to Manhattan, I was on 1st (Avenue) and 1st (Street). It’s trendy there now, but back then it was all just working class; there were a lot of Polish people. There were certainly not many artsy types in my building. It was before all the drug stuff started happening and it got crazy.

ER: What role did New York City play in your creative life?

CS: Well, I didn’t know what I had to compare it to when I was a kid, cause that’s what I was familiar with. I probably took it all for granted and didn’t really appreciate the influence the city had on me. It was more about the people I met here. Later, when I was exposed to the art world and the music scene, I appreciated the influence of New York more.

ER: How did Point of View take shape?

ER: Actually, Debbie does not show up in the book until page 96, so we get a lot of New York. But how did you two meet?

CS: It was all very incestuous in the scene, everybody knew each other. I was hanging out with Eric Emerson who was one of Warhol’s people. He starred in Warhol’s films, Lonesome Cowboys, Chelsea Girls, and he was also a musician. He was living at my apartment after he broke up with Jane Forth. She was another one of the Warhol people. And then just through connections I heard about this all-girl group called the Stilettos, and we went to see their first show, and there was this girl, Debbie. And that was pretty much that.

ER: Where did you hang out while Blondie was shaping up?

CS: We hung out all the time in the clubs, like Max’s (Max’s Kansas City) and CB’s (CBGB’s), and there were all these bars up and down 3rd Avenue below 14th Street, where Taxi Driver was filmed. All those bars are gone now. We used to do shows in some of them. There was this club on 23rd St called Mother’s that we used to play at.

ER: There is so much mythology now around places like Max’s Kansas City and CBGB’s. What was it like for you?

CS: It was exciting! You know Max’s was Mickey Ruskin; he was the guy who invented the whole velvet rope thing, where people would be lined up, and they would handpick people out of the line. I could always get in because I would just say I am Eric Emerson’s roommate, ‘cause he was a regular there. They had a restaurant downstairs, and then there was this staircase that went up to where bands played. I remember coming up there right in the middle of the Stooges playing. Iggy had these gold lamé pants on and blonde hair. It was really exciting.

We played at Max’s, but we played more at CBGB’s. There was kind of an unwritten rule where one didn’t play at one within a week or two of the other. We played at CBGB’s I think every weekend for seven months in a row in ’75/‘76.

We used to play with The Ramones a lot. Then there was a band called The Fast; they were a terrific band. We were really close with Paul Zone. We played with the Heartbreakers. We played with Television a bunch of times, we went on tour in the UK with them. We were pretty close with Richard Hell. We’ve played with Suicide, we’ve made music together with Marty (Martin Rev). They were so ahead of their time, always. Alan (Vega) was a great, very sweet, good natured guy. Everybody liked him; he never had enemies. 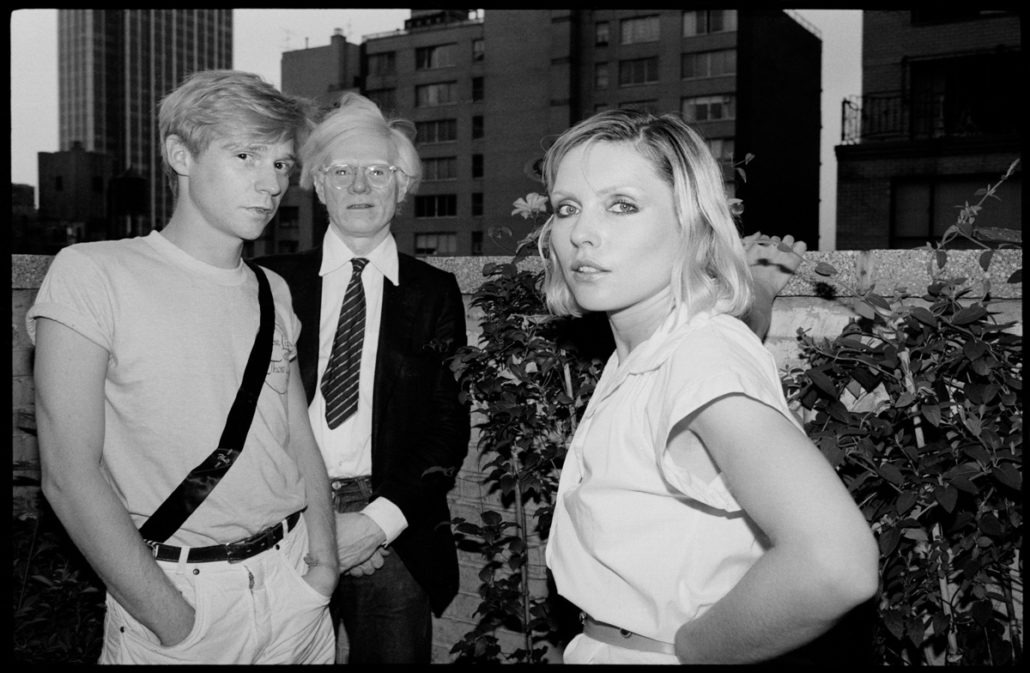 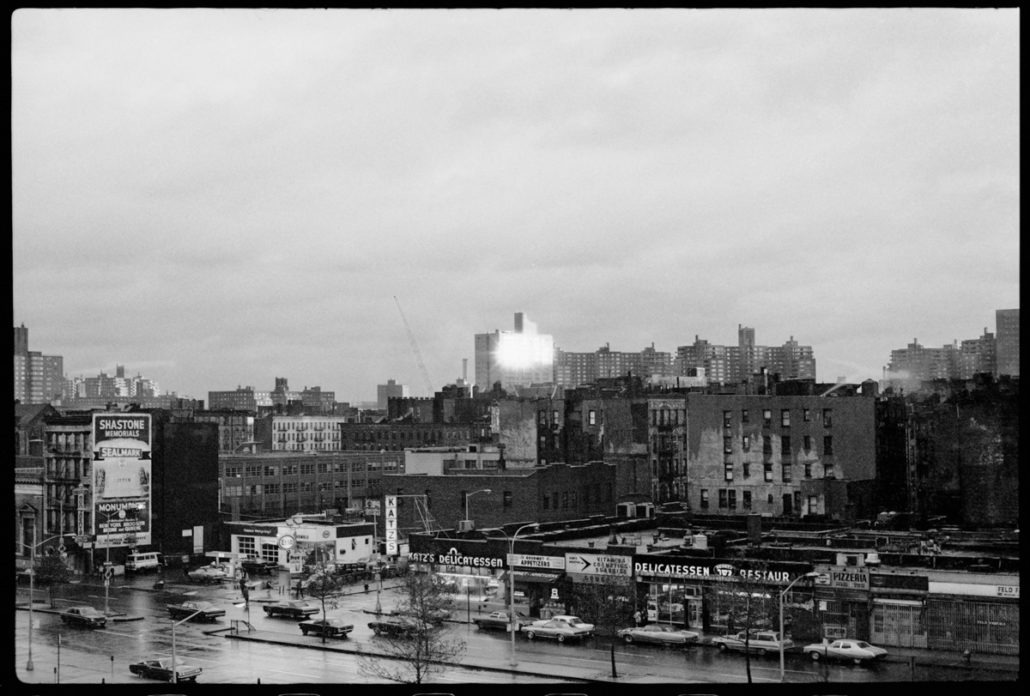 ER: You mention Andy Warhol in the book and there are a couple of photos you took of Debbie and him. What was his role in New York’s creative scene?

CS: Everyone was connected to Andy in one way or another, once, or twice, or three times removed. If he arrived to a party, you knew the party was Ok. He was like the pope. I’ve gone to the different iterations of the Factory.  The third iteration of it was on Union Square, which then Stephen Sprouse took over. It had Jean-Michel’s (Basqiuat)  drawings on the walls that probably just got painted over.

ER: In the book you talk about how New York has changed a lot since 9/11, when a lot of the big box capitalist businesses moved in and remade the fabric of the city.

CS: For sure. I recently found out that there was a big push after 9/11 to bring the Olympics to New York. I don’t think they really cared very much if the Olympics happened, but the push to get them there created a lot of financial interests and input into the city. It was a bullshit campaign. Generally, it was a lot of misrepresentation of what the city is.

I sell pictures at the Morrison Hotel Gallery in SoHo, and those guys tell me that there are some of these flagship stores in the brownstones around it and they’re like $200,000 a month. They don’t even do it for business. It’s just a retainer to have their presence there. And now we have all these empty storefronts on Bleecker Street in West Village, where I now live. Blondie played at the groundbreaking for The Whitney by a weird coincidence, I don’t know how many years ago that was, but I feel like that was the last big change.

But New York was changing way before that. One thing I mention in the book, I was kind of amazed when I started seeing clothing stores like the GAP or the Banana Republic popping up in New York, selling the most, bland sort of non-fashions. Just the stuff you’d see in thrift stores, but it’s been elevated into a pseudo fashion. It’s weird to me.

But it’s not just New York, all the big western cities are becoming very homogenized. They are still different architecturally, but culturally they are growing together.

ER: And yet, where does one move?

CS: I think I mention it in the book, but there’s a great monologue about New York by Lou Reed – you can find it on YouTube – where he says how much he hates it here, but how much more miserable he is everywhere else.

Chris Stein, Point of View: Me, New York City, and the Punk Scene, published by Rizzoli, available now. All images courtesy of the publisher. 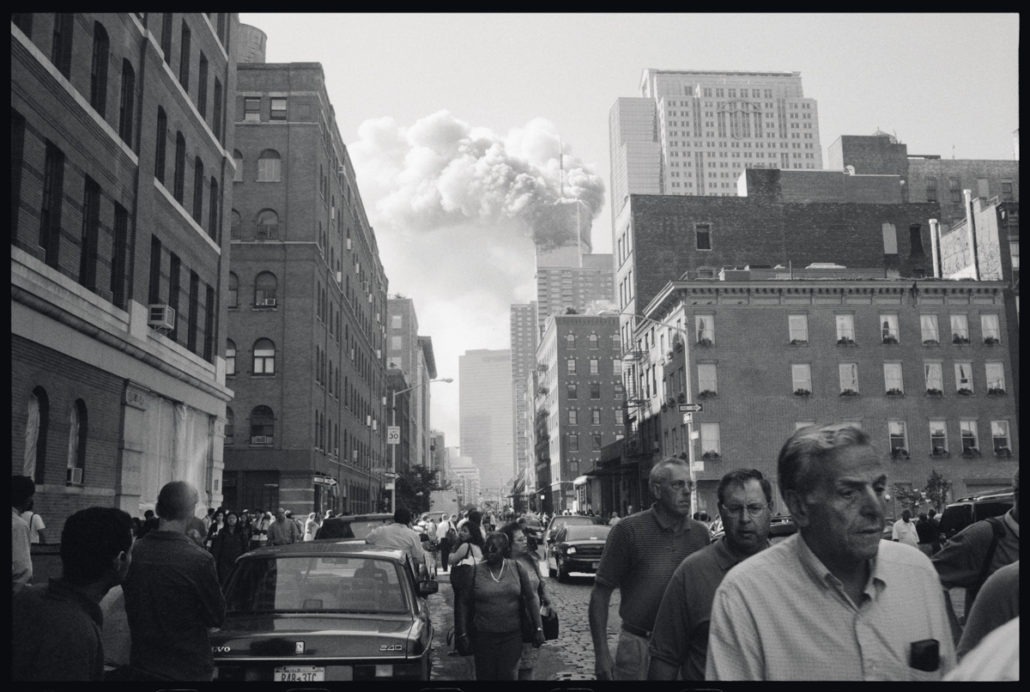 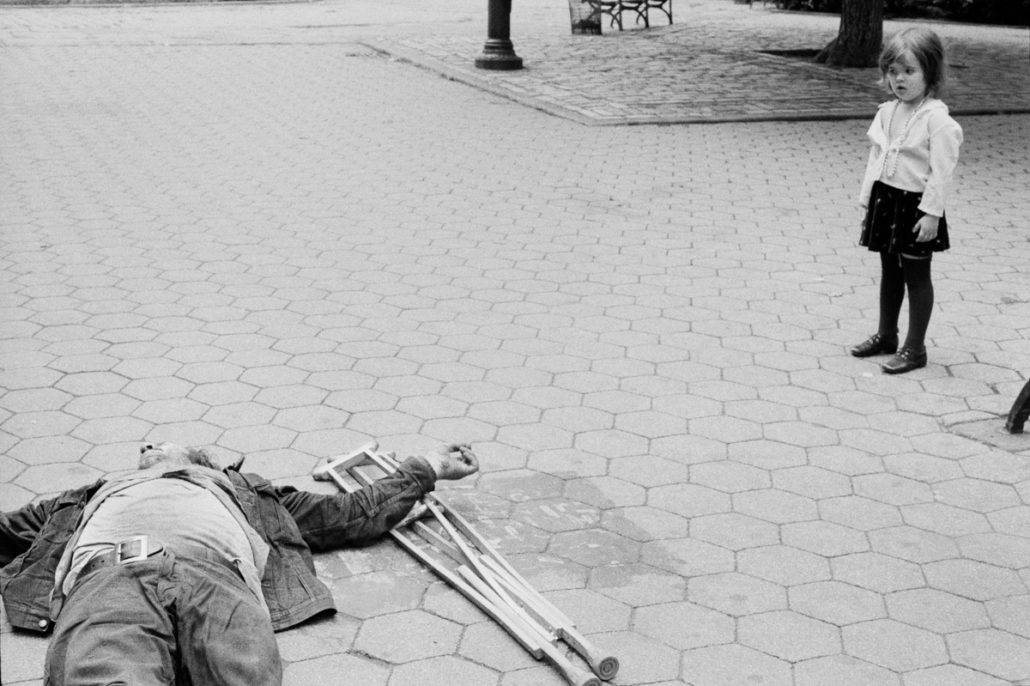