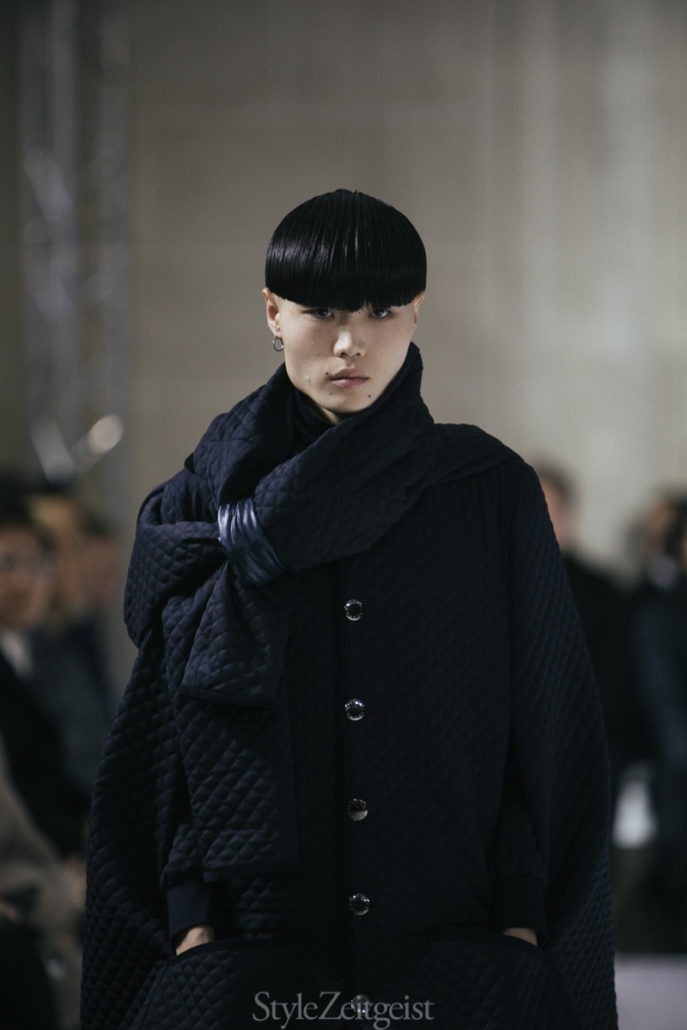 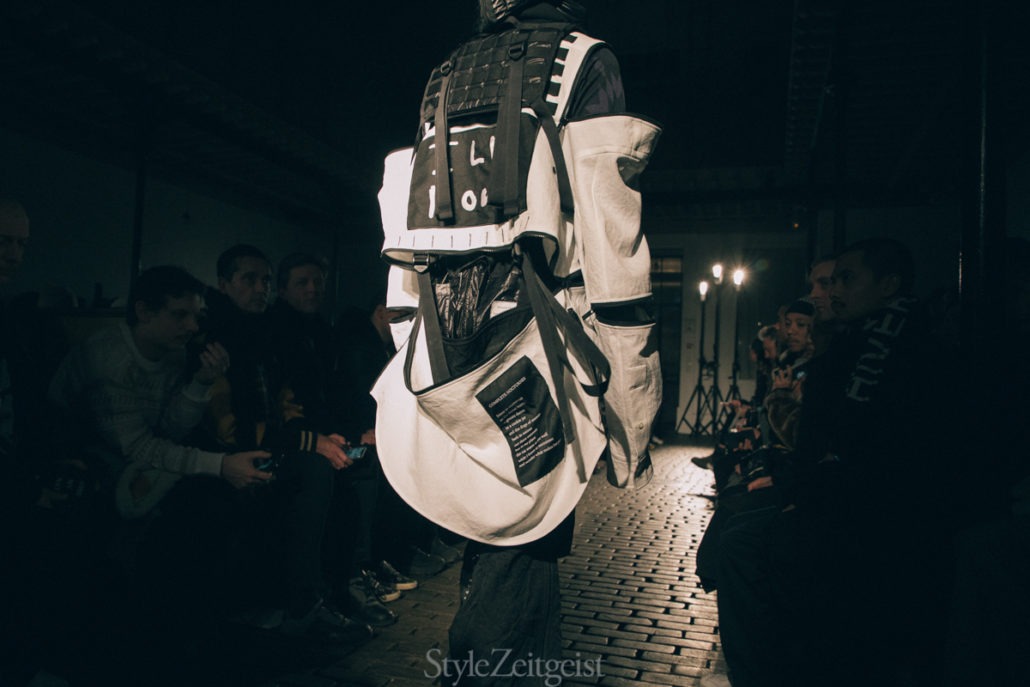 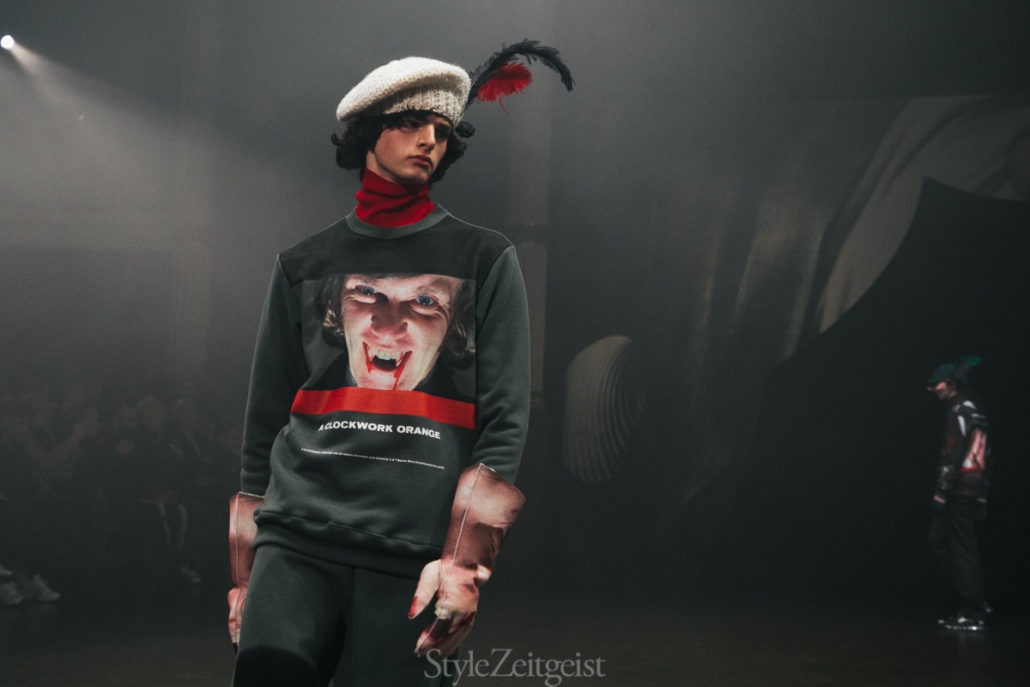 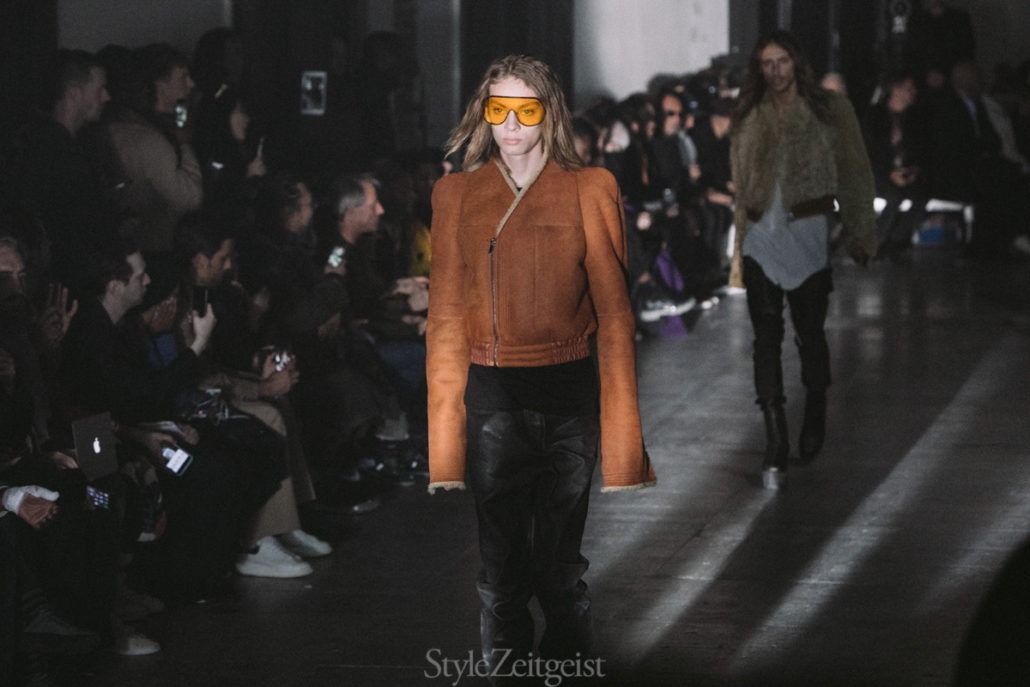 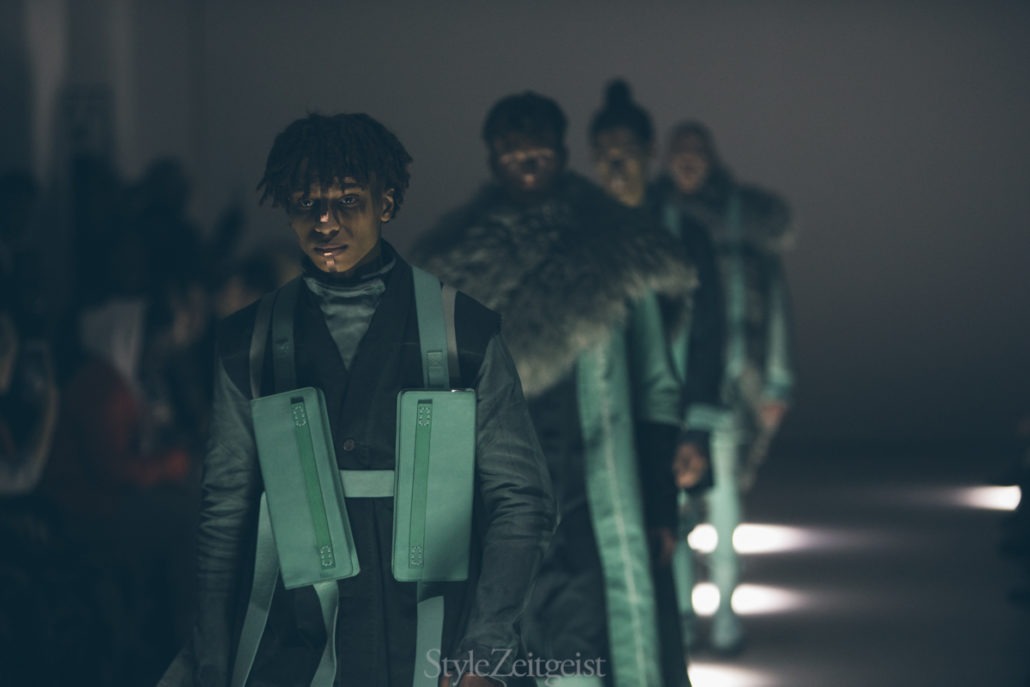 Paris, France – And so it was on again, amidst confusion as to what designers should be designing and whom they should be catering to. These are the two questions many designers used to not ask – because a creator doesn’t owe you anything. The creator owes everything to his creativity and should have a “fuck the people” attitude- you either get it or you don’t. Things used to be that way before it became a gigantic business, and fashion as fashion used to be better because of it – more diverse in the strength of individual voices, more daring. Now that corporations have taken over and design is often driven by merchandisers, things look increasingly bleak for creativity. And the original voices left are ever more important for fashion with capital F. Luckily we still have a few of those, though they increasingly look like unicorns. But I will gladly report that this season they produced collections of strength and beauty as befits their talents. This was surely one of the best seasons in my recent memory.

I started at Fumito Ganryu, the former Rei Kawakubo protege, who debuted his namesake line without the auspices of Comme des Garcons last season at Pitti Uomo in Florence. And while that show left much to be desired, the one in Paris went from strength to strength. Ganryu’s ethos is in streetwear, but he is a real designer. As if to prove that the first look Ganryu presented was like a shot fired at the mediocrity of streetwear. It consisted of a hoody and a pair of sweatpants, done in that mundane American standard issue gray cotton jersey that normally makes me cringe, but the voluminous cut of the garments was a mark of a careful thinker.  Ganryu’s mastery of the cut continued through the show where things that shouldn’t work – like a blazer cut traditionally flat in front but loose in the back – did. There were brilliant quilted capes and super-oversized duffle coats that somehow remained elegant.

That evening I waited with trepidation for another Japanese debut in Paris – that of Takahiro Miyashita and his brand TAKAHIROMIYASHITATheSoloist. The former Number (N)ine designer made waves last January with his first show, again at Pitti Uomo, which gave him impetus to finally show in Paris. That this show was a triumph is an understatement. The obsessive complexity of Miyashita’s work was on full display in the cuts and detailing. There was a parallel to his show a year ago in that mix of bondage and climbing gear that resulted in harnesses, carabiners and straps that was deliciously ambiguous. The zippers on many garments provided additional complexity, giving the garments, many made of polyester and lined with Primaloft, more slouch or structure, making them highly adjustable to suit the mood of the wearer. This is the tech wear I’d want to live in. There were hats that became masks when unzipped and more quilting, giving the collection a protective quality that Miyashita has been exploring in his past two collections. But this armor had fragility – because make no mistake, Miyashita’s work has always been fragile – which added to the humanity of this show that was set to a heartbreaking mix of Thom Yorke, The Jesus and Mary Chain, Massive Attack, and my immediate new favorite, Nostalghia. The show was inspired by a Native American poet Levi Pata, whose words were printed on the patches that covered the garments.

Undercover’s show the next day provided a bit of personal continuity – my third show in a row, all by Japanese designers, and it followed that of TheSoloist (in case you don’t know Takahashi and Miyashita are close friends). Once again Takahashi proved that as far as genuine story-telling goes – not one bolted onto mundane clothes by marketers, but storytelling woven both into the show and into the garments themselves – he stands peerless. The designer delved further into the work of Stanley Kubrick, this time using A Clockwork Orange as inspiration. Other designers have made lame attempts at tackling Kubrick’s most violent film, but it took Takashi’s fearlessness to do it justice. The presentation electrified the perfectly chosen Salle Wagram, its red interior matching the red – the color of blood – that dominated the collection. Certainly there were prints – lots of prints, and although I found some of them too on the nose, by and large they were masterfully executed, in your face freak-you-out kind of way, which is the only way to do A Clockwork Orange. I was more confused by Undercover’s collaboration with Valentino. It made little sense to me, as I simply don’t see the Valentino customer colliding with the Undercover fan in any universe, but perhaps that was the point.

I was not invited to the Raf Simons show this time due to its small, seating only venue, and I don’t review shows I did not attend personally. But I wanted to make one note looking at the photos the next day of the runway that was overwhelmed by long, buttoned up coats to such a degree that you couldn’t really see what’s going on under them. And as a sartorial idea, it was fine – let’s make a show about long coats – but Simons used to have strong cultural ideas – that’s the Simons we all have fallen in love with in the first place. Ostensibly, the show was based on David Lynch’s films Blue Velvet and Wild at Heart, but besides some patches on coats, I failed to see the connection. I keep hoping Simons gets back on track, but for now he has firmly ceded the fashion-as-culture crown to Jun Takahashi.

“Thank god for Rick!!!!” a friend from London texted me later on the next day. Indeed. The collection was based on the work of  Larry LeGaspi the cult Filipino-American designer who lived in New Jersey and ended up dressing the metal band KISS. This is right up Owens’s sleaze ally, and he came out with guns blazing – platform boots, long coats, short jackets with super strong shoulders, leather pants with patches, and waxed Japanese selvage denim. A lot of proportions remained the same in their extremes – overly cropped or overly long tops, very slim or very wide pants – but the details on them looked fresh. The rounded shoulder slim shearlings were as dirty glam as Owens gets. And so was the music. “Did you like the soundtrack?” Owens winked at me as he was leaving backstage. It was a version of ABBA’s Gimme Gimme Gimme by Leather Nun. Yeah, I did.

After Rick Owens it was Boris Bidjan Saberi. It was a nice show with nice clothes, but nice is not what I look for on the runway. Still, there will be plenty to satisfy Saberi’s fans – I especially liked the boots in my favorite shade of gray (what Owens calls “Ice” in his work), and the nods to kimonos. As for the rest, you probably already have it all in your closet, unless you want it in mint color, which I somehow doubt.

At Yohji Yamamoto that night the maestro seems to have woken up from his dogmatic slumbers to deliver a collection whose utter mastery overpowered yet another attempt by the accompanied music to put us all to sleep. The complexity of Yamamoto’s tailoring, rendered in a gorgeous shade of plum along his signature black was on full display. Gone were the slogans of being tired and unhappy. The cut and the detail of the clothes spoke for themselves. The only thing I could’ve done without were the over-embellished military coats (I shudder to think what they will retail for, given Yamamoto’s already stratospheric prices.)

Over at Dries Van Noten that night, the auteur toned down the color explosion, and the subtlety of the first series of gray looks worked like a charm. There were strong shoulders embedded in the tailoring and in the belted knit cardigans. Of course the prints inevitably came and when they did, Van Noten once again proved that he can do with color what few others can, namely take a kitschy concept – tie-dye this time – and bring it to the level of art. It was everywhere, on weightless rain coats and on quilted polyester and cotton mix coats lined in wool, on bomber jackets and dress shirts, on quilted jogger pants and sweatshirts. One of the stand-out pieces that looked new to me was a huge quilted blanket with two slits for the hands and a couple of buttons whose workings I later tried to figure out in vain. But, it looked great on the runway.