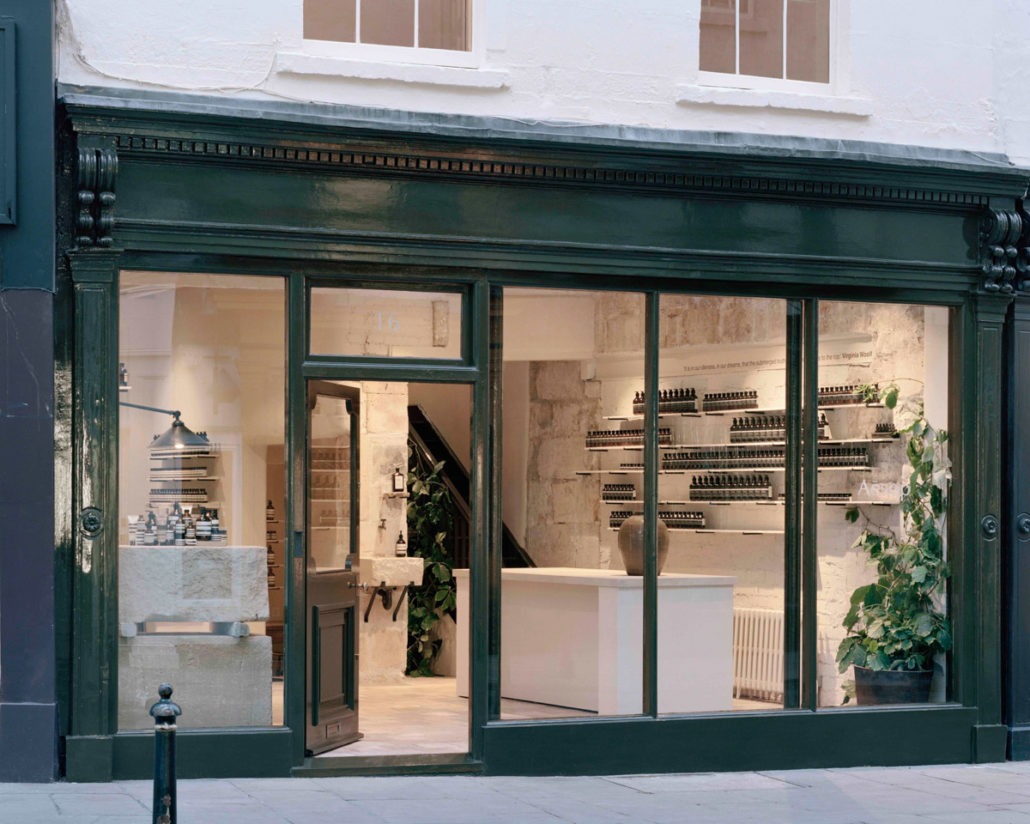 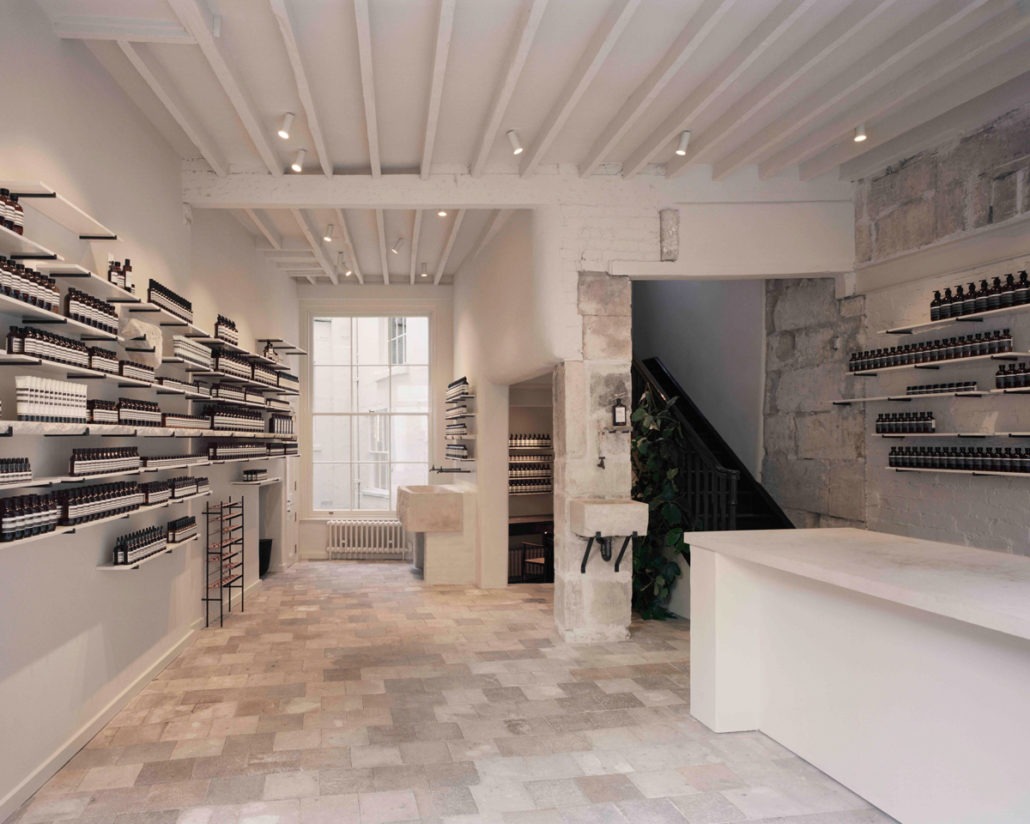 As you probably know we love all things Aesop. And so every time a new store opens, we are happy to take a peek inside. That’s because while Aesop stores share a similar earthy, organic esthetic, no two are alike. We consider this not only aesthetically sound, but also a public service of sorts, as major cities increasingly become more and more homogenized due to a proliferation of cookie-cutter chain stores. On the contrary, Aesop’s stores consider the fabric of each neighborhood. Its newest U.K. outpost, in New Bond street in the town of Bath,  is designed by the London duo JamesPlumb, whom we have been following since their earliest projects (and obviously hold in high regard).

For this branch, Aesop’s second U.K. store designed by JamesPlumb, the duo went to one of essential English building materials, Bath stone. They used stone reclaimed from a chapel nearby, using it for the floor and as ornament on walls. Another four-ton block from a quarry close to Bath was hand-cut to make sinks, shelves, and counters. Light gray painted wood for the shelves rounds off the project. The result is a clean, serene, light, and most importantly, unique space and an homage to the town itself.

Check out our interview with Dennis Pathitis, the founder of Aesop, here. The article also includes some info on the previous Aesop store by JamesPlumb. 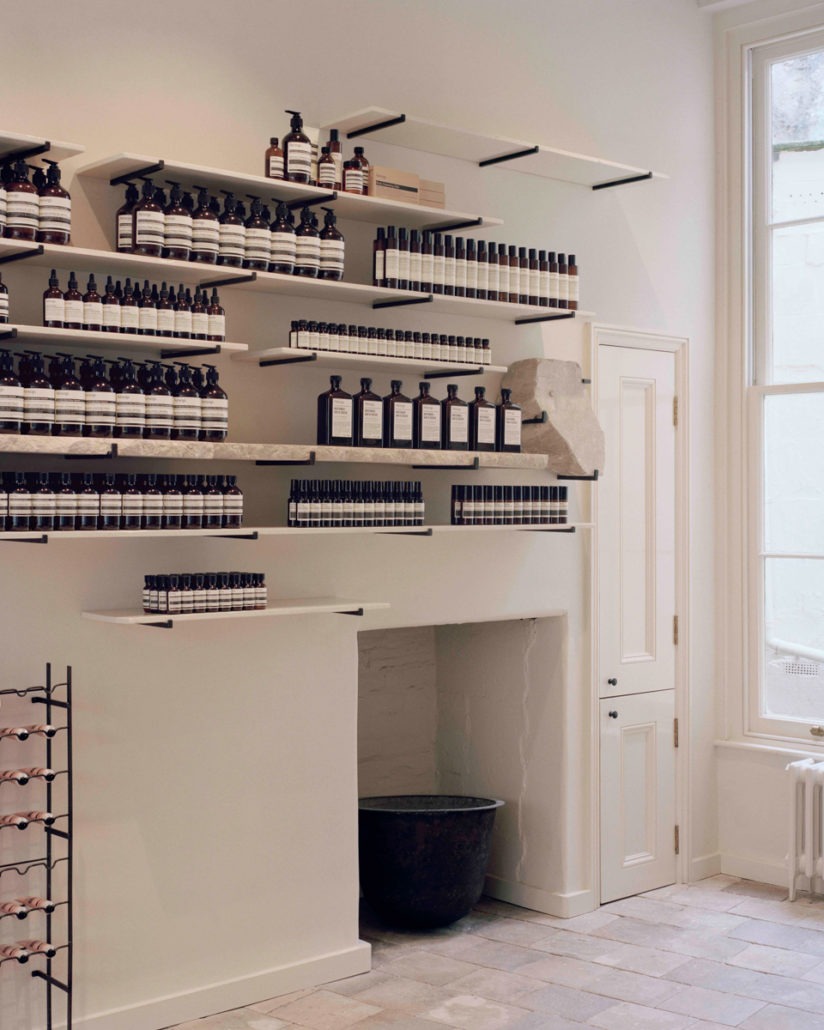 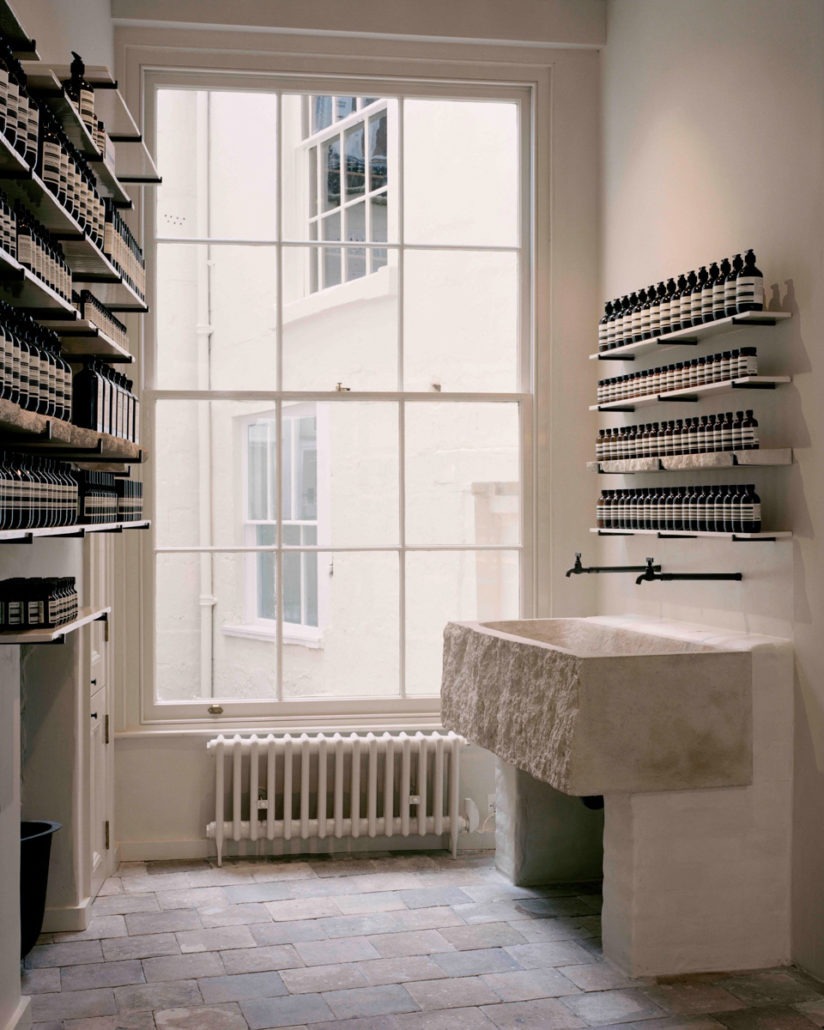 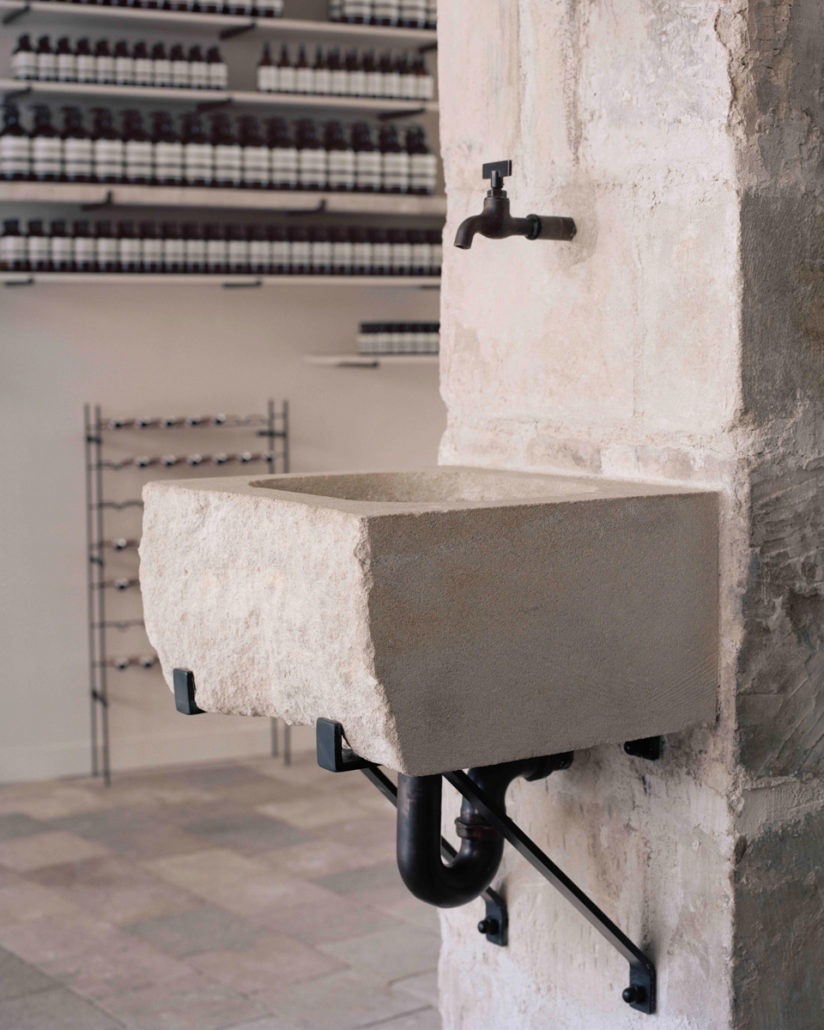 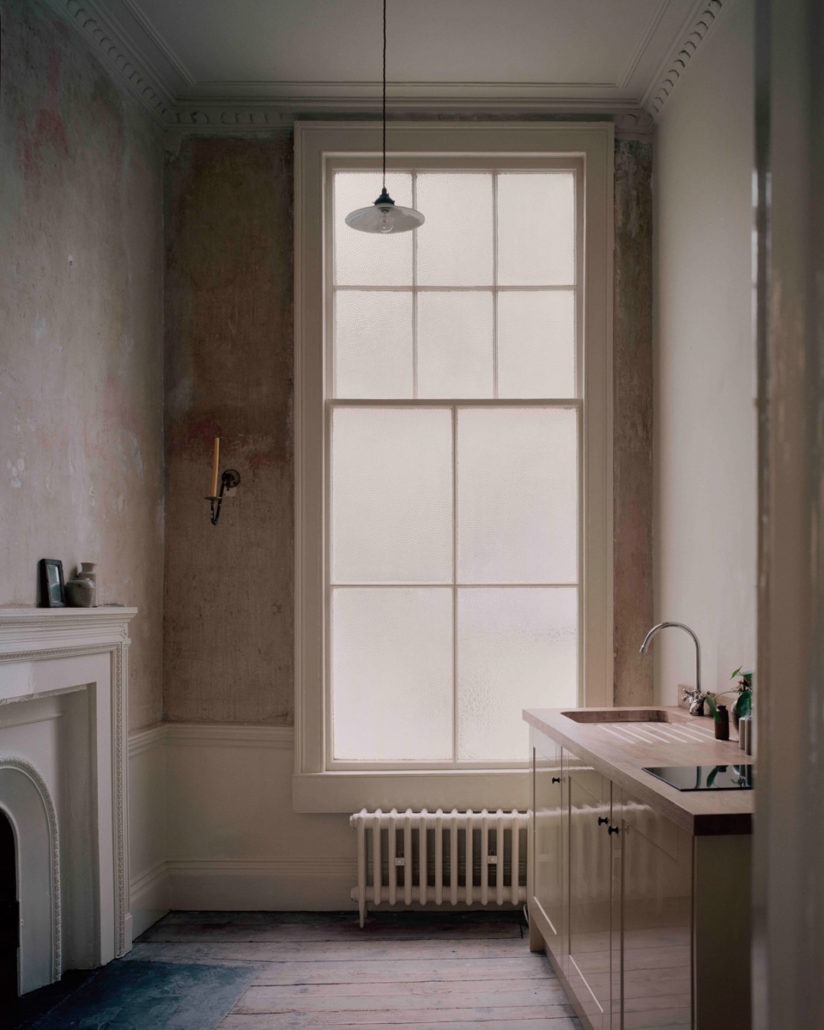 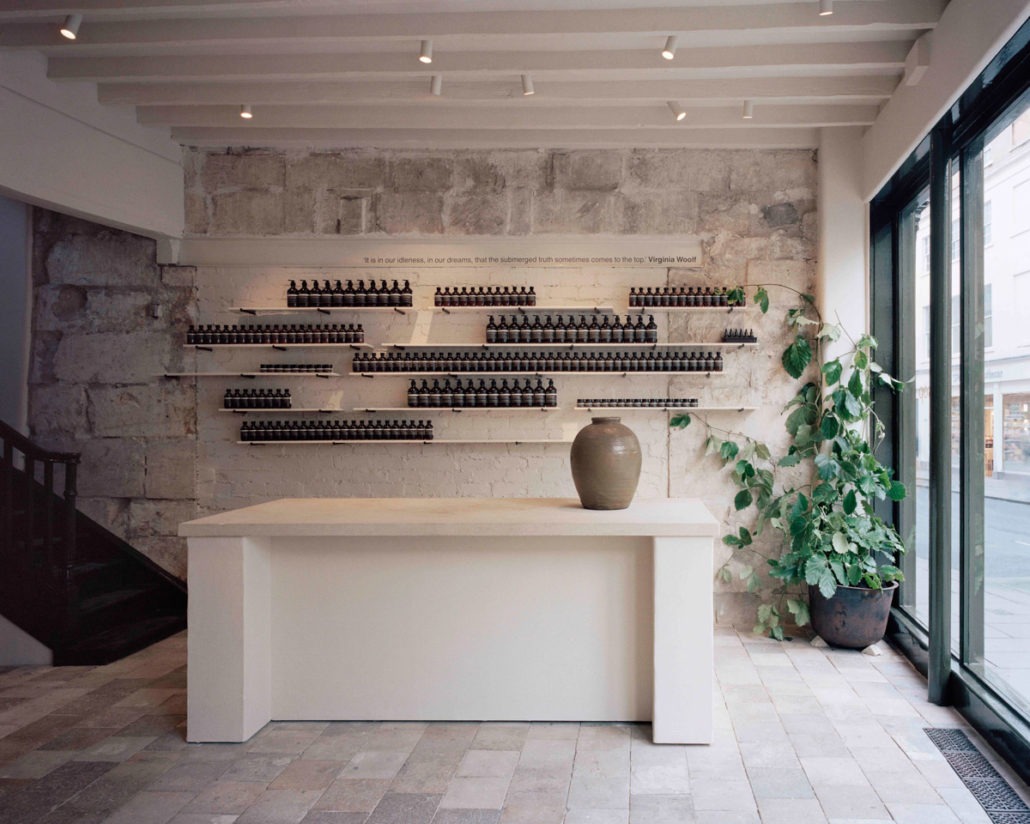 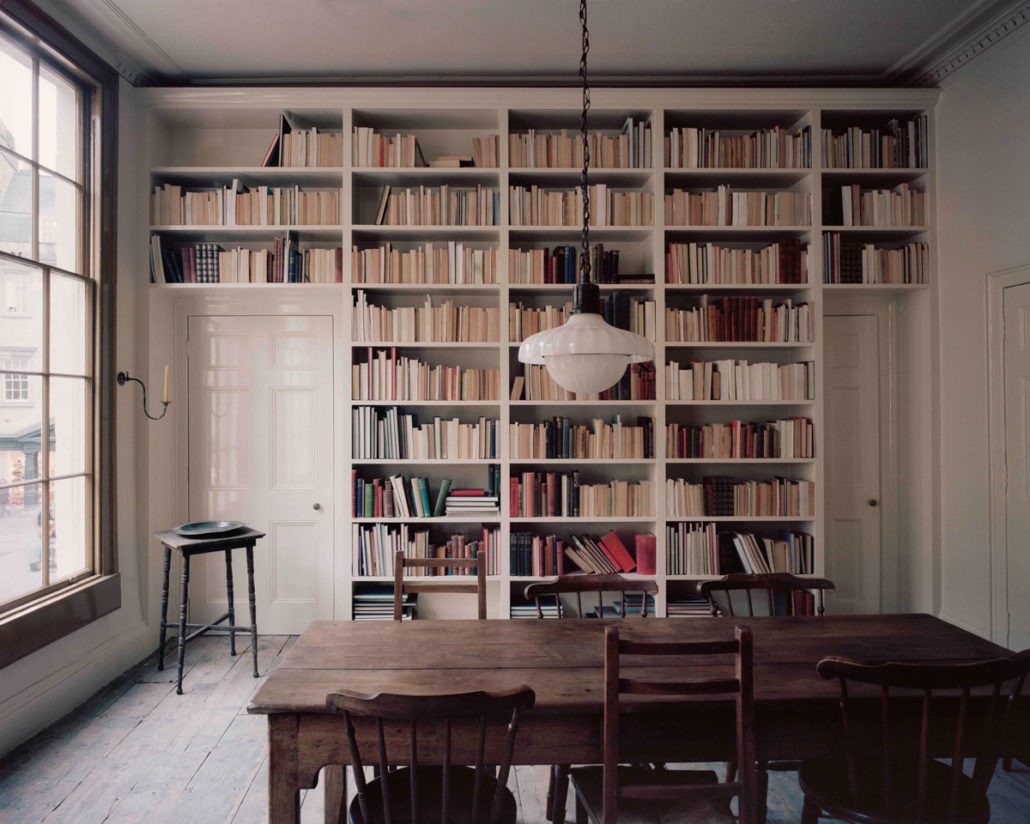