Lucio Fontana at the Met Breuer 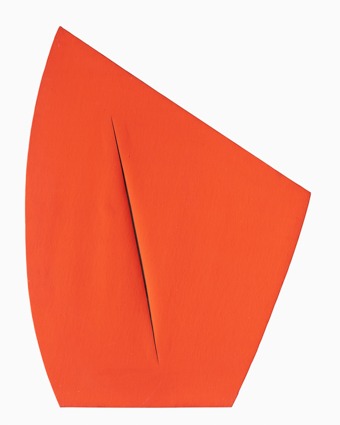 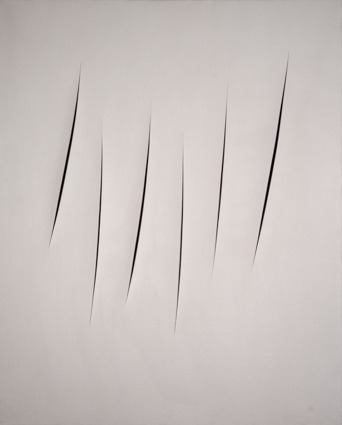 The art world has its own trends and fashions that come and go. Artists and art movements get discovered and rediscovered, sometimes with a nudge from powerful art collectors who first stock up on the art and then make bank once they help popularize it. Unlike the stock market, such activities are not regulated by the government nor criminally penalized. The critic Robert Hughes once called the art market the second largest unregulated market, after drugs.

You can get a sense of these trends if you frequent art fairs, such as, for example, the recent resurge in the ZERO movement, which hitherto held few people’s interest. For an entertaining and popular primer on how this works, see the scene in Velvet Buzzsaw, the recent Netflix charmer, where a former L.A.-museum-curator-turned-private-art-advisor practically forces her former colleagues to put on an exhibit for an artist whose work she deals in. Which is not to say that the recent interest in Lucio Fontana’s work is solely due to art speculators, nor certainly that the current show of Fontana’s work at the Met Breuer is subject to such pressure, but I could not help but notice the prevalence of his work being displayed at some art fairs in recent years, well before this show, which of course will further send the price of his art upward.

But what of the art itself? Fontana is famous for his slashed monochromatic canvases known as the Cuts – though, like his other paintings, he called them Spatial Concepts, and that’s all he’s famous for. One of the goals of Lucio Fontana: On the Threshold is to educate the public about Fontana’s entire oeuvre, which is much more varied. Hence, it’s arranged in the chronological order, beginning with his early work as a sculptor. Fontana was born in Argentina into a family of headstone craftsmen, so sculpture as his first foray into art makes sense. The sculptures on display at the Met are fine – neither particularly interesting nor particularly bad. Fontana subsequently moved into painting, taking his interest in the three-dimensional with him. He began puncturing the canvases and molding the edges of the punctures, thus making the painting three-dimensional by using the canvas and not paint, the way, say Jackson Pollock did.

By the time Fontana decided to paint and slash his first of the Cuts, he was in his 50s – struggling artists, take note. It was a radical gesture, which again made the canvas three-dimensional and opened up space behind it, giving it additional depth. On some of the paintings the cuts provide a vague sexual allure, suggesting a vaginal opening (if you haven’t thought of this before, you either owe me a debt of gratitude or I owe you an apology). Of these on display the vertically aligned red canvas with one long cut is the most impressing.

Fontana claimed that he threw out a significant number of trials for the Cuts in order to get each one just right. If so, I command the move. The exhibit’s curators did a good job limiting the number of the Cuts, because they get monotonous quite quickly. Essentially, you are still looking at a bunch of monochrome paintings with slashes in them – it’s not exactly Pollock. A couple of years back I remember seeing way too many of the Cuts at a TEFAF fair in New York. A Cut, like most monochrome, minimalist works, demands to be seen and experienced in isolation from others. Only then you can fully be mesmerized by them. The exhibit does a good job of allowing you just such an opportunity. I suggest you go on a weekday.

Lucio Fontana: On the Threshfold – at the Met Breuer until July 14, 2019. All images courtesy of the museum. 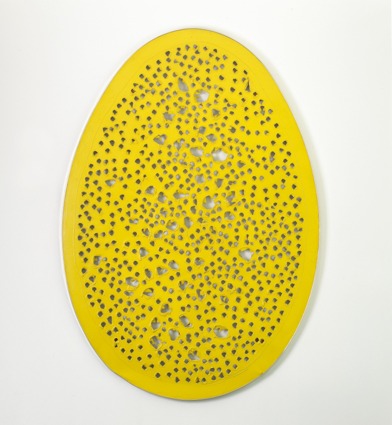 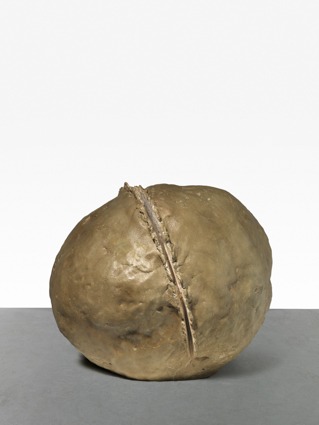