For the followers of art and design May in New York is a busy month. There are art fairs, design fairs, the Met fashion exhibit, and a myriad of events. Before long, the entire thing starts resembling your social media feeds – colorful, bubbly, but ultimately quite tiring and unfulfilling. You long for a quiet corner of the world where your brain can get back into a contemplative mode. The new exhibit of Deborah Turbeville’s photography at Deborah Bell’s gallery on the Upper East Side is just the ticket. It is an intimate show of intimate photography in an intimate setting. By god, it is restful!

To say that your mind and your eye rests looking at Tubeville’s photography is not to mean that it goes blank, but that it simply goes into that contemplative mood. Your senses slow down but you need them as sharp as ever to get the nuances of Turbeville’s ethereal images. Unlike many photographers, especially those who shoot fashion, Turbeville loved women. She was preoccupied with them, she wanted to get their inner lives out of them and lay them out in her photos. It was a certain type of a woman she was after – I suspect one like herself – out of this time, with a rich inner world fed by great literature and film, for Turbeville was a voracious reader and a film connoisseur. She saw very well that the richness of one’s soul can very well be reflected on the outside. During her last years Turbeville increasingly felt out of step with the world that was getting louder and more shallow inside and out. She once complained to me that the girls no longer looked the same, and she was having trouble finding the right models in the world that no longer produced the kind of a woman she was after.

All of this is evident in the fourteen collages and a couple of standalone photos Deborah Bell carefully picked out from Turbeville’s archive. Collages were always an important part of Turbeville’s work, allowing her to weave a deeper story than a standalone image would, so I was surprised to learn from Bell that this is the first collage show of Turbeville. More of a reason to see it. Most of the collages come from Turbeville’s most famous photo stories; The Dummy Factory (1974), Glass House (1978), and Women in the Woods (1978). A couple are from the first shoot Turbeville did for Comme des Garcons in 1980 in Paris. What unites them all is a sense of otherworldliness that was so inherent in Turbeville’s work. She was lucky enough to be able to escape this world through her photography, and we are lucky enough to do the same by looking at it, but only if we take our time.

You can read our in-depth profile of Deborah Turbeville here 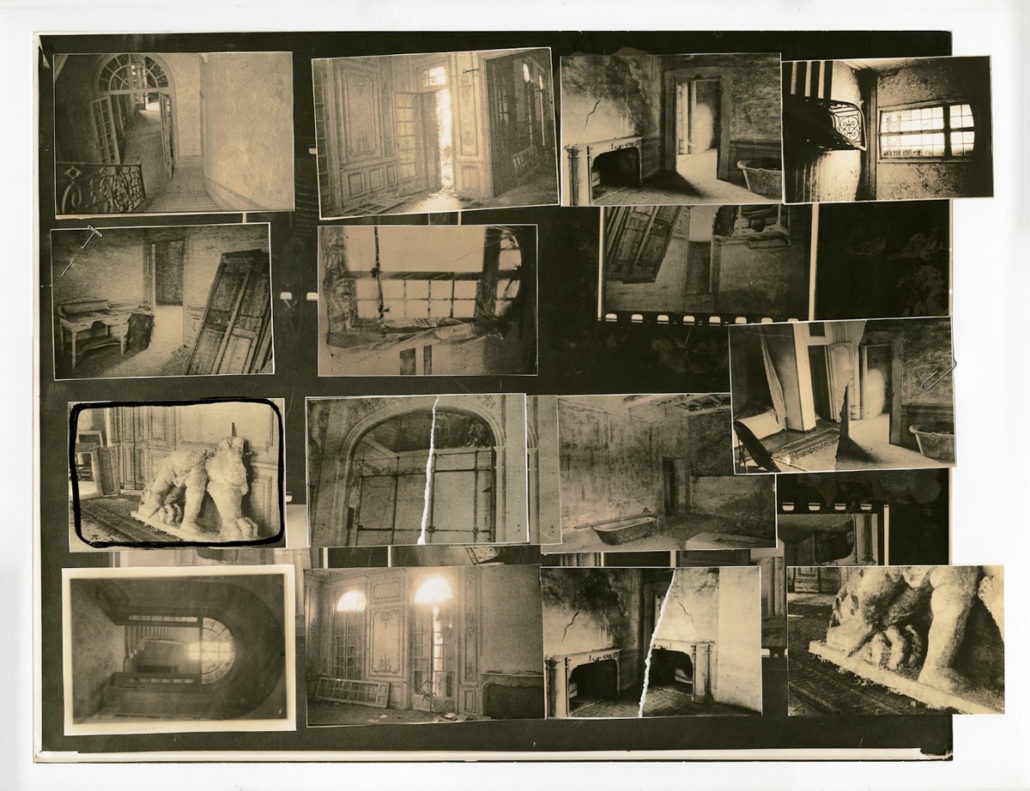