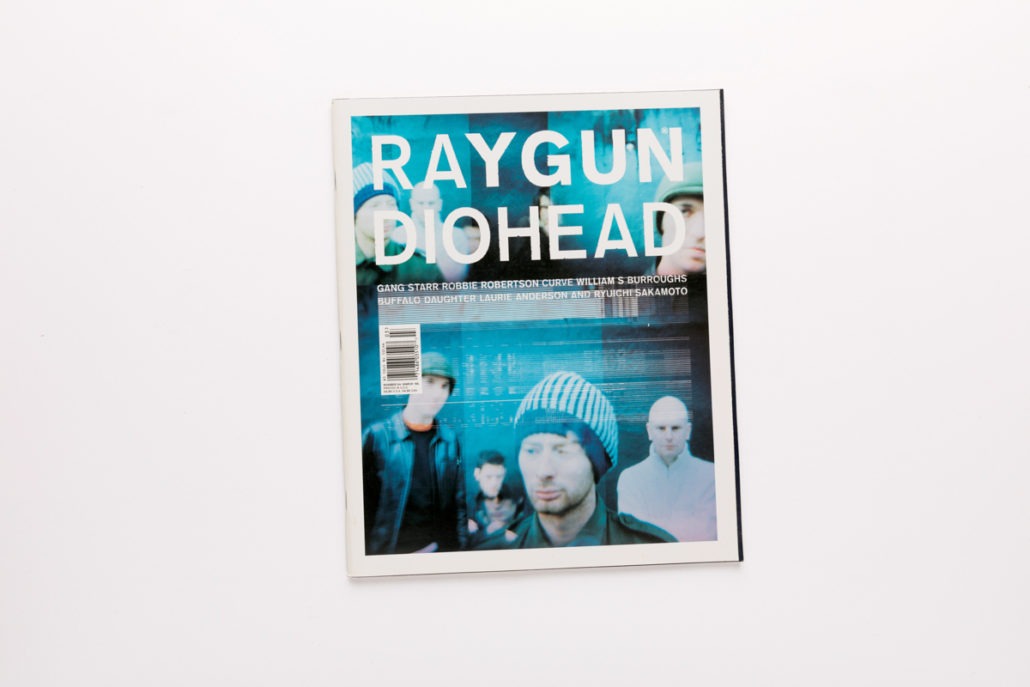 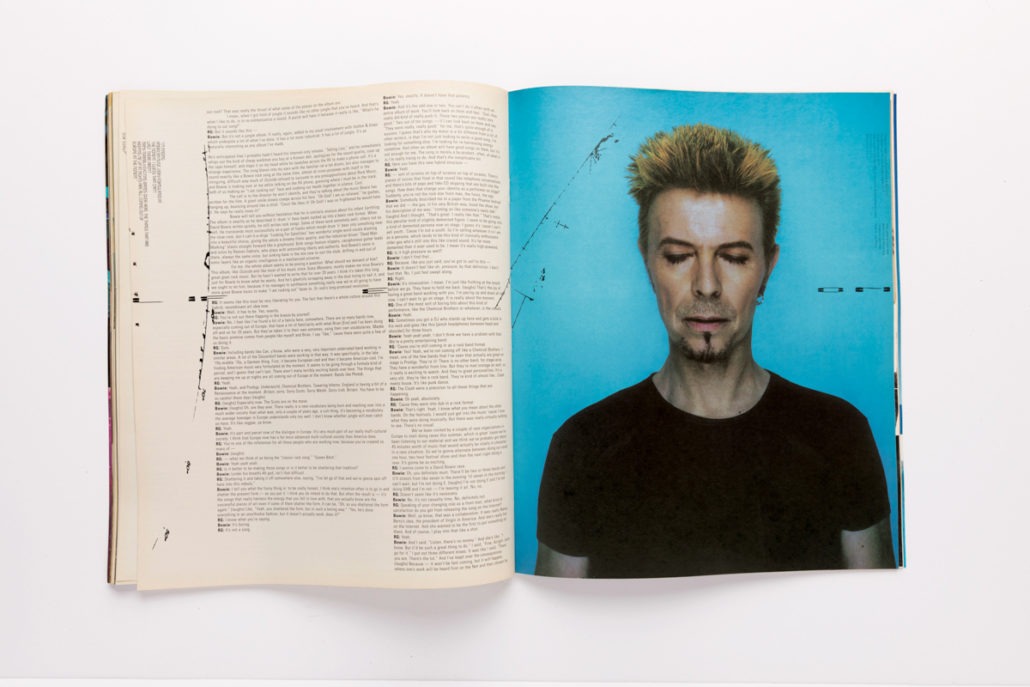 Looking at the new compendium tome from Rizzoli, RAYGUN: The Bible of Music and Style, put together by Marvin Scott Jarrett, the magazine’s founder, fills me both with hope and dread for the state of the print magazine industry. Because RAYGUN was as forward-thinking in its visual representation as it was in its content. No magazine I can think of took the adage “the medium is the message” as seriously as RAYGUN did. Its innovative treatment of fonts, graphics, page layout, format is truly peerless. None of this can be replicated on the Internet.

“I can’t tell you how many creatives have come up to me and told me that it was RAYGUN that influenced what they did with their life professionally,” writes Jarret in the introduction to the book. And that’s exactly what Florian Schmitt, whose London firm Hi-Res!,  designed the print volumes of StyleZeitgeist, told me when I mentioned the book to him.

Visually, RAYGUN was as anarchic and distressed as rock music of the ‘90s, an independent middle finger to SPIN and the Rolling Stone, the way alternative music was the middle finger to arena rock. It threw all conventions out the window, starting with the idea that the title should be clearly recognizable and uniform, ending with the idea that the text should be clearly legible. It smeared the font, turned it ninety degrees, mirrored it, broke up the words. Much of it was the work of David Carson, the genius graphic designer who threw the rulebook out the window and made RAYGUN what it was.

Inside the magazine, Jarrett, inspired by the British magazines i-D and the Face, was a collision of music and style (not fashion). Music has always influenced style, and Jarrett was as irreverent about style as he was about music. One of the fashion spreads in the book is titled “Goths on Acid,” and shows just that.

The 256-page book contains 200 color and black and white photos, most of them of RAYGUN’s spreads, and a handful of essays by the likes of Liz Phair and Wayne Coyne, the frontman of the Flaming Lips. It’s a wonderful document of an era that is now making a visual comeback, albeit one devoid of substance.

What happened to RAYGUN is what happens to everything – the culture moves on, for better or worse. Alternative rock as a genre expired itself and morphed into a gutless, introspective indie rock. Hip-hop took over as the music genre of rebellion. RAYGUN was a personal passion project, which I suspect was driven by personal taste and emotional investment. And just because culture moves on, does not meant your hard-won sensibilities, which at some point harden into convictions, do. I can relate. Jarrett went on to found Nylon, a fashion magazine. David Carson became a super star graphic designer. All’s well that ends well.

RAYGUN: The Bible of Music and Style (Rizzoli, $65). All pictures courtesy of the publisher. 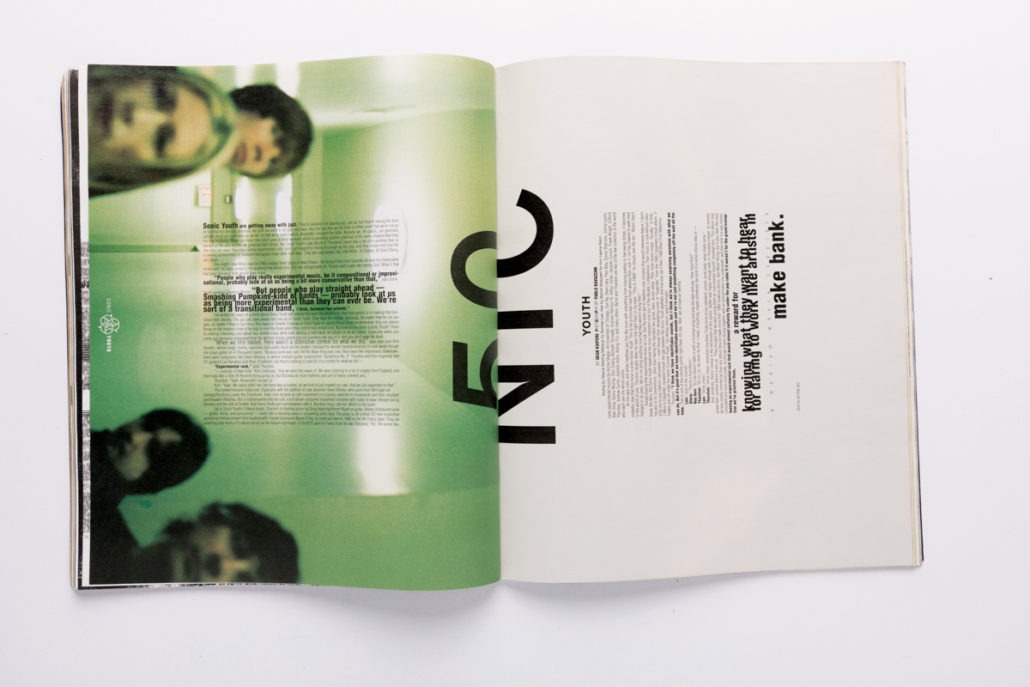 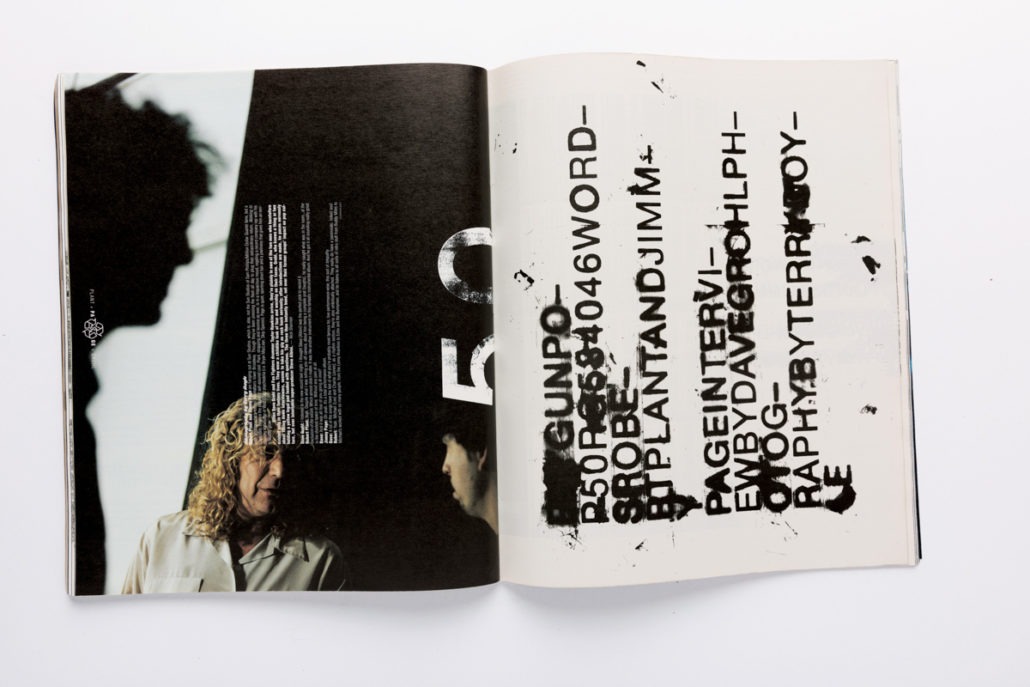