Op-Ed: How Barneys Lost Its Cool 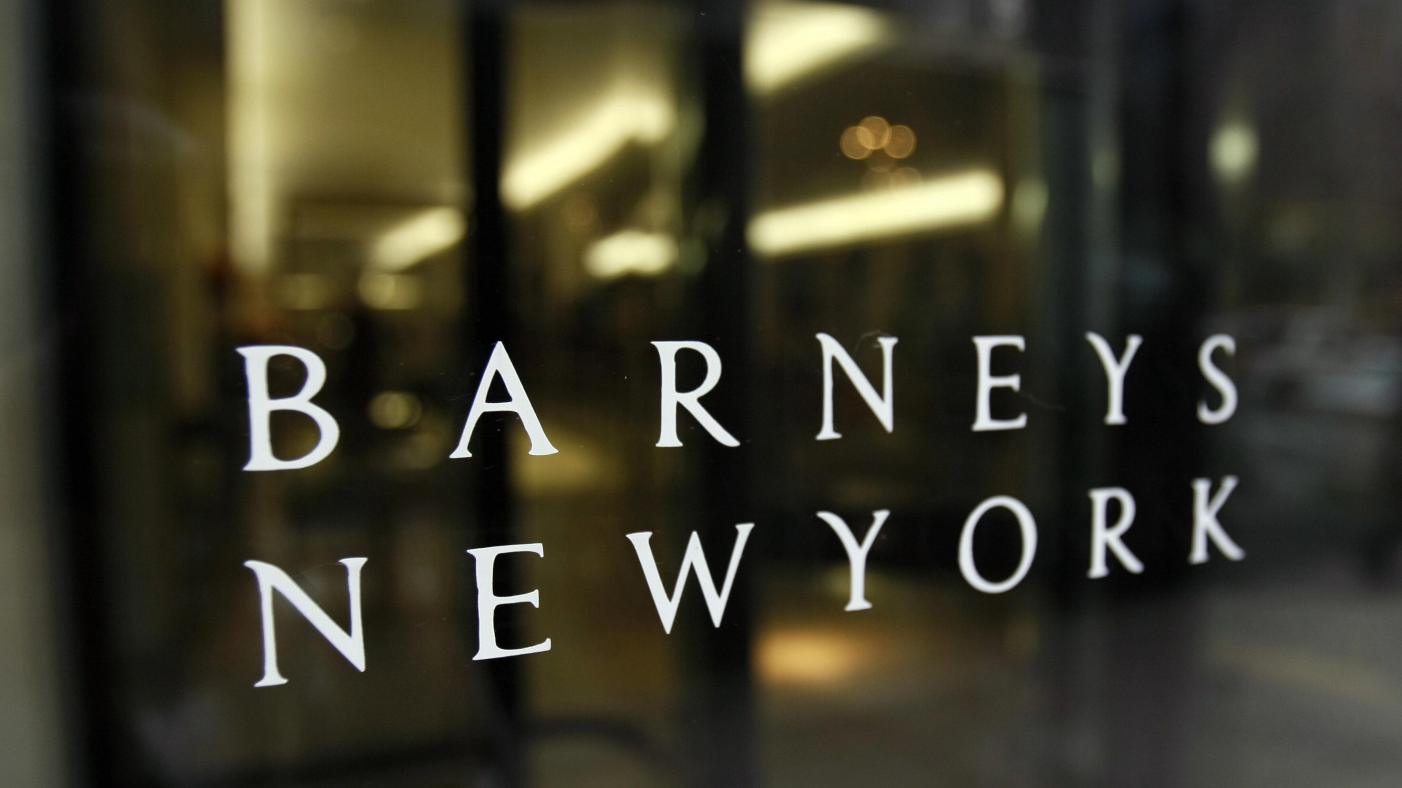 Back in 2014, in an Op-Ed for the Business of Fashion, I rang the alarm about fashion stores losing their edge as tastemakers. I was mainly looking at Barneys, the iconic New York department store, as one that was losing its cache with the fashion-forward customer by becoming too commoditized. Fast-forward to 2019 and Barneys is now exploring bankruptcy. Theories abound as to what went wrong with the store, and there is not one single reason for Barneys possible demise – there is the crazy rent hike on its flagship, increased competition online, changing consumer tastes. But out of all commentators Lauren Sherman, of BoF nailed a big one, “Instead of owning cool, Barneys began chasing it.”

Any New York fashion fanatic who is old enough to remember will attest that until the start of this decade Barneys was the temple of the fashion avant-garde. In the pre-Internet era it was the place to discover new designers, and to see what the store hauled in from one’s already established favorites. I remember the tingling feeling walking into Barneys as a 21-year old ready to blow my first paycheck from my first full time job. The year was 1999. Barneys is where I discovered Ann Demeulemeester and Jil Sander, Raf Simons and Yohji Yamamoto, Dries Van Noten and Helmut Lang. My twin love for the Belgians and the Japanese was honed there. As someone with not enough money to buy at full price, I’d stand for an hour in line for its iconic Warehouse sales. I still remember my heart jumping into my throat upon fishing out a twelve-gauge cashmere Carpe Diem cardigan from the bottom of the knitwear bin that would cost me a tenth of its retail price. I didn’t care if it was two sizes too big.

The start of each season that followed its clearance sale was an excitement of a different sort. “What’s new?! What’s new?! What’s new?!” my brain would leap up at me like an eager dog at his master returning from vacation. I’d walk the third floor of Barneys menswear department like it was sacred ground. I would chat with the sales staff, fashion fanatics par excellence themselves. It all just felt right, my freakish fashion escape from immigrant Brooklyn. In the subway car on the way home I would look at the reflection of me holding that black Barneys shopping bag – the ultimate sign of the fashion cognoscenti – thinking that I am probably the only guy in my neighborhood sporting one.

And I wasn’t the only one. Marcus Paul, the stylist and image consultant, has shopped at Barneys for fifteen years personally and ten years professionally. “Barneys was always the place to find cool new designers and well curated selections from established designers. Barneys is a luxury institution, synonymous with New York City, that people from all around the world want to visit,” he says. For Joseph Quartana, who was a party organizer at iconic New York City dance clubs like Limelight and Tunnel, and went on to found his own fashion boutique, Seven, “Barneys and Charivari were the two temples I blew all my money at. Head to toe in Westwood, Gaultier and Mugler, I witnessed this fiery theatre [of NYC gay club scene] before my eyes weekend after weekend.”

“Gene Pressman, the Barneys founder’s grandson who commandeered the store into the cutting edge of retail, once said, “If you give customers what they want, then you die… The fact is they don’t know what they want.” Barneys seems to have forgotten this founding principle.”

But the days of Barneys as the holy place of the fashion avant-garde are long gone. At some point, and I would put that point around 2010, Barneys started to become just like any other store. Its buys were getting increasingly bland. Its roster of designers was getting increasingly common. Season after season I watched it go from a trailblazer to a me-too store. Walk into Barneys today, and its offerings are largely indistinguishable from other shops. It carries the same brands and rarely offers an edge in terms of its buys. It has become afraid to take chances on challenging runway pieces, and thus has turned the true fashion customer away. In order to satisfy the luxury craving masses, it started bringing in one brand du jour after another, favoring trends over designer vision. “Barneys started chasing the alleged cool vs. being the purveyor of cool it once was,” Paul says. “The fire went out of Barneys some time ago, around 2012, and these days it’s run with fear instead of love,” adds Quartana.

Gene Pressman, the Barneys founder’s grandson who commandeered the store into the cutting edge of retail, once said, “If you give customers what they want, then you die… The fact is they don’t know what they want.” Barneys seems to have forgotten this founding principle.

One of the main challenges for Barneys, and stores everywhere, is that many customers today know what they want. Well, not really, but the taste-making has largely shifted from the stores to celebrities. Today, it’s A$AP Rocky and Billie Eilish who dictate purchasing decisions, not Barneys. On the other hand, the fashion conglomerates like LVMH and Kering have been consistently tightening their chokehold on fashion, homogenizing it in the process. They have made designers into celebrities with their own star-struck audiences. Customers now often go to a shop not to browse but to buy a specific thing they saw someone else wear on Instagram. And they can buy it from many places online. And yet, even in such a climate a store with a point of view has an edge. Dover Street Market has found success exactly where Barneys has lost it. In the common parlance, that success is being cool.

Another thing that’s killing Barneys is over-expansion – another problem all too familiar in fashion. Few people know that Barneys already went bankrupt once in 1996, forcing it to close a bunch of underperforming stores it had no business opening in the first place. Yet, shortly thereafter the investment world decided to make Barneys into its prize cow. Jones New York, the purveyor of soul-crushing work uniforms for secretaries all over America, bought it for $400 million in 2004, only to offload it for a whopping $937.4 million to a Dubai private equity firm Istithmar three years later. You don’t have to have a finance degree to understand that this was not a realistic valuation. Included in the purchase was a tidy sum of $500 million of debt. In 2012, the billionaire hedge fund manager Richard Perry bought a 70% stake in Barneys at the behest of his wife, paying down most of the company’s debt in the process. Still, it did not fix the store’s problems.

The reason I am going through this history is that over-expansion and the cool factor are not completely unrelated. The theory of a fashion customer goes something like this – the cool customer comes first, and the rest follow. But by opening a bunch of stores all over America, Barneys has lost part of its cool. I’ve been to the Barneys flagships in Los Angels, Boston, and Chicago. I could not tell the difference between them and say a Neiman Marcus or a Saks. The New York’s Chelsea store, whose opening Barneys trumpeted as return to downtown cool, is an abject failure as far as downtown cool goes. Today, Barneys operates 22 stores – you can’t do that without widening customer appeal. And there is nothing wrong with widening customer appeal, but there has to be a balance between doing that and not losing your hardcore fashion client. Somewhere in the process, Barneys lost that balance. Still, it’s not beyond salvation. “Barneys continues to have a good offering of staple designers. It also remains relevant for designer brands because it provides a great platform for brands that might not have the financial infrastructure to be vertically integrated. Barneys is a New York City and American luxury institution that has a global presence, and despite what the naysayers say it is relevant and needed,” says Paul.

To be fair, what’s going on with Barneys today is not all its fault. According to Business of Fashion, its annual rent on the flagship is being hiked up from $16 million to $27.9 million – which is emblematic of the New York landlord greed. Few businesses that are not part of the corporate America would be able to handle such a rent hike. And I would much rather see Barneys than another WeWork branch or luxury condos. I just wish it was the Barneys I fell in love with.