Ann Demeulemeester Is Ready To Bring Her World Into Your Home 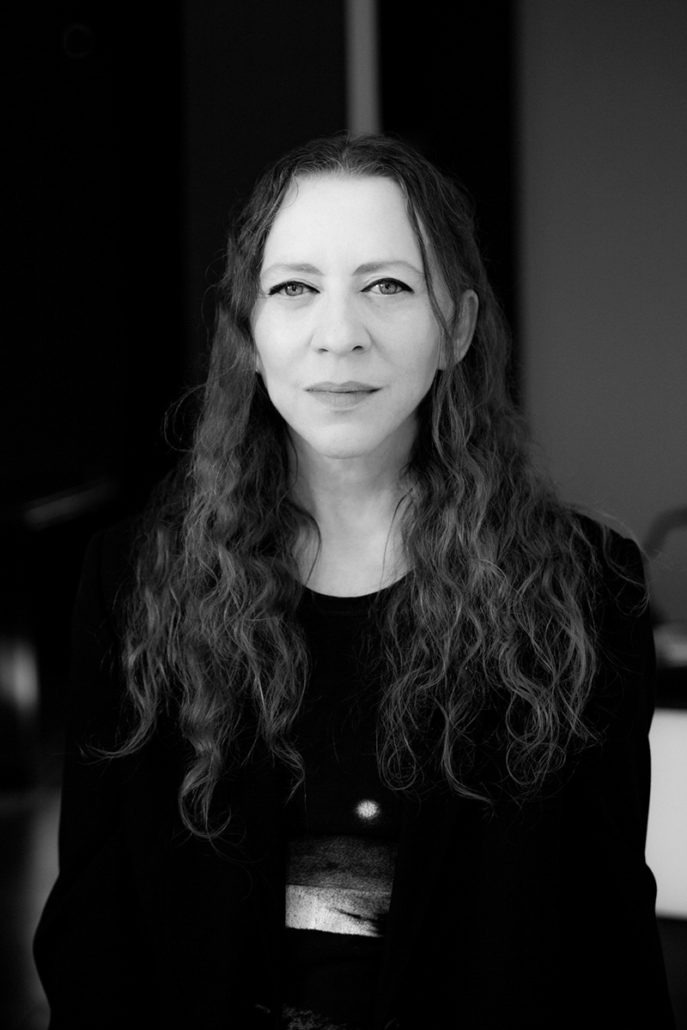 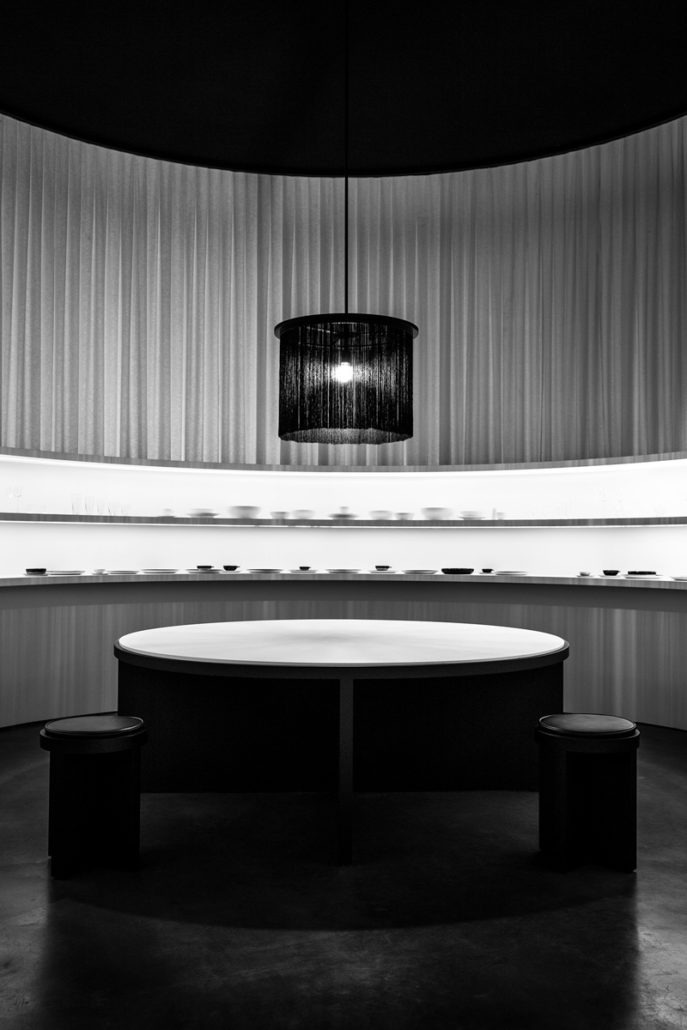 “I believe that if you make something beautiful, sooner or later it has a way of presenting itself to the world.” The Belgian designer talks to us about her new houseware project.

One day this June just before Paris Men’s Fashion Week I visited the headquarters of Serax, the Belgian housewares manufacturer, located on the outskirts of Antwerp. The timing was fortuitous, as the company was presenting its new wares to its European distributors. It was also unveiling a new project by Ann Demeulemeester, a line of porcelain dinnerware, mouth-blown glasses, and flatware. In the cavernous hall where the various lines and collaborations Serax presented, Demeulemeester’s circular, enclosed stand stood towards the back, like a small temple. Inside were the first prototypes of hand-painted plates, crystal champagne flutes, and black metal knives and forks arranged with meticulous attention to detail. Not only everything in the stand was created by her and her husband, Patrick Robyn, but so was the stand itself, and all the furniture and displays in it. It was classic Demeulemeester, perfectionist to the core.

“We’ve always had the philosophy of making whatever we needed,” Demeulemeester told me over the phone last week, as she was preparing to launch the complete line of dinnerware and lighting, which wasn’t yet ready in June, at Maison Objet, the houseware trade fair in Paris, on September 6th. “We’ve always made our own furniture and lighting, and we grow our own food. Creating is our raison d’être.”

Demeulemeester retired from fashion six years ago, but she hasn’t been idle. Demeulemeester and Robyn preoccupied themselves with the house and the garden, and she took to making ceramics. “I’ve always approached making clothes as sculpting. When I made the shoes, for example, I used to sculpt the last, the heel, and so it was natural for me to transfer into porcelain.” To this end Demeulemeester traveled to England to take courses with a ceramics master. “I have my own visual language, of course, but the task was how do I master this material?” she said. In England Demeulemeester was taught how to make molds, how to operate the pottery wheel, and to control the material. She went to other tutors and even took lessons from a sculptor. She installed a kiln in the basement of her house. Day after day she honed her craft, making plates and vases. “In the beginning of my fashion career, the first thing I learned was how to make a pattern, which is basically learning how to make a body in fabric,” Demeulemeester said. “And now I had to learn again from the beginning.” The transition from fashion to ceramics wasn’t all that hard. “I tend to fall in love with a shape; it doesn’t matter if it’s a coat or a lamp or a table,” Demeulemeester said.

At some point Demeulemeester felt that the plates were good enough to serve food on to her guests. It wasn’t long before her friends noticed the plates, and remarked that they deserve a wider audience. One of them put Demeulemeester in contact with Axel Van Den Bossche, the co-founder of Serax. He loved what he saw and immediately offered Demeulemeester her own line. At first Demeulemeester wasn’t sure. “I did not have an intention to make a porcelain collection, I just wanted to make something for myself,” she said. “If you have to make a new record, you are stressed while making music, but if you don’t have that pressure, the music comes by itself.” Moreover, Demeulemeester was doing everything by hand. She painted every plate herself with fine paint brushes, a process she was sure could not be scaled up. But Van Den Bosche was adamant. He found a manufacturer in China that was willing to train his staff to hand-paint each plate, so each plate would be unique even at the scale Serax operates. 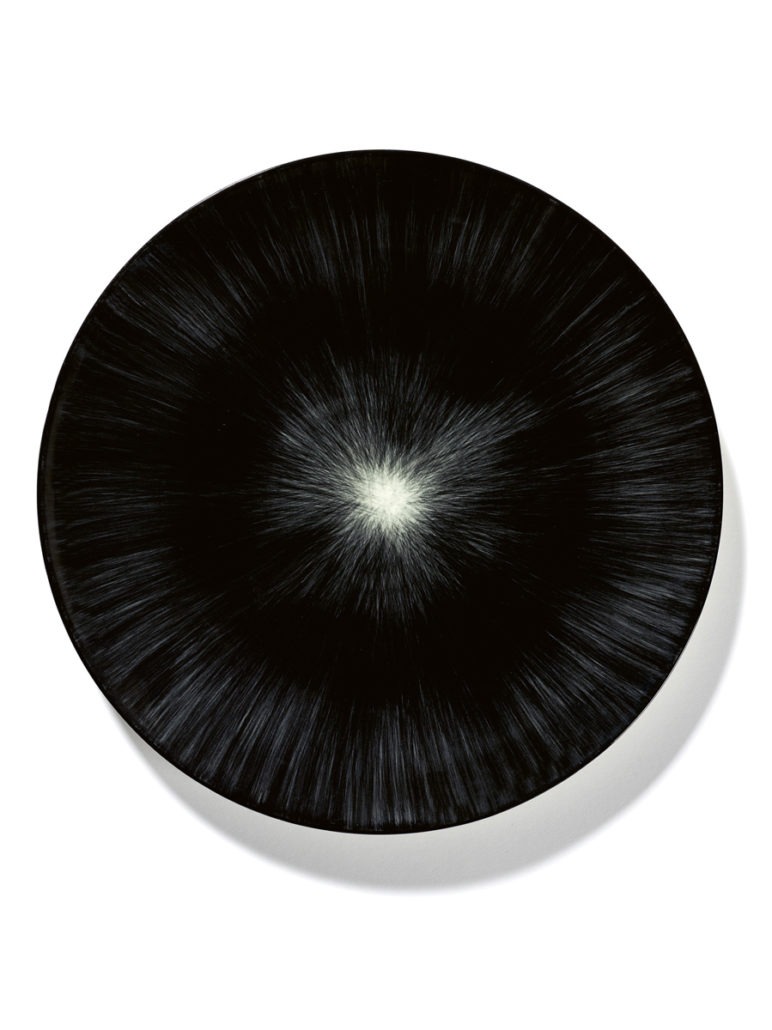 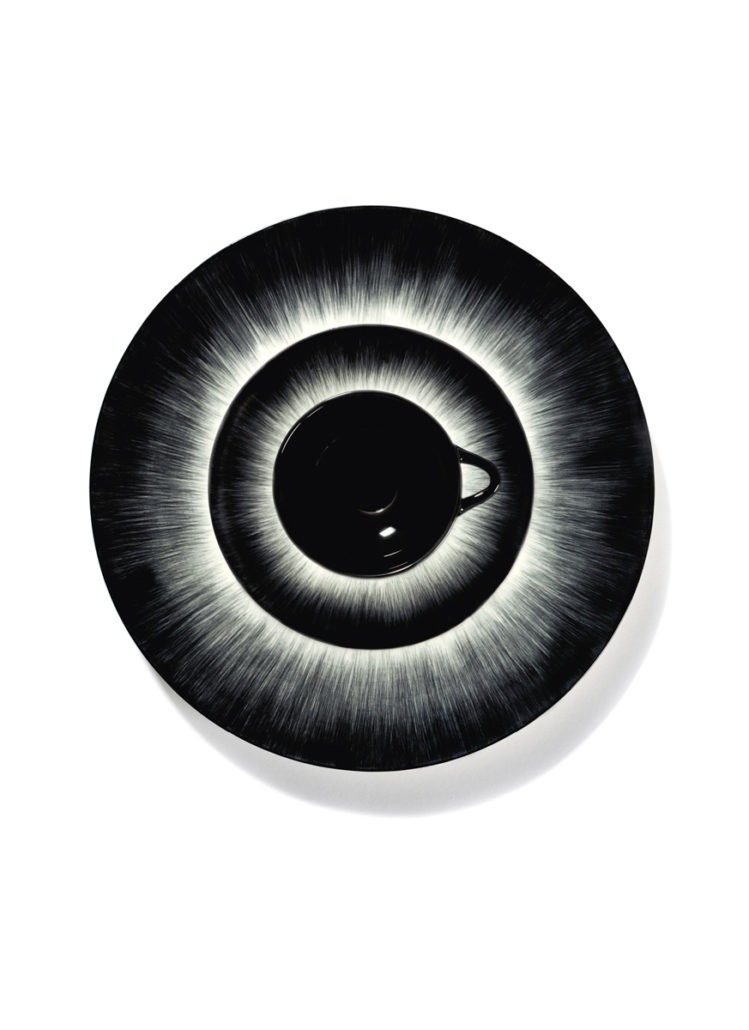 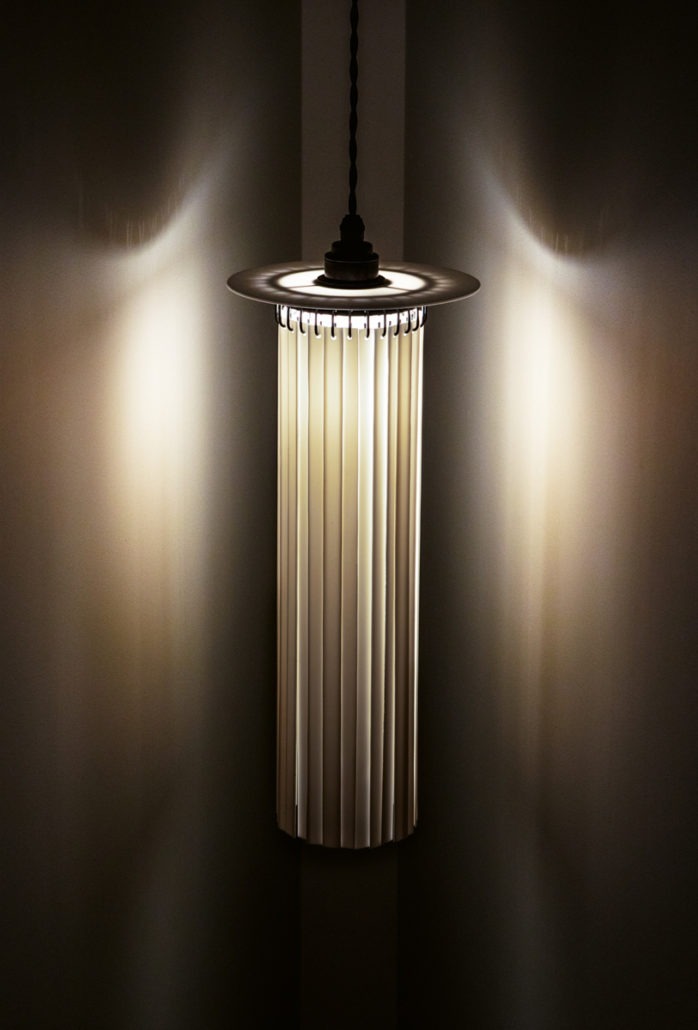 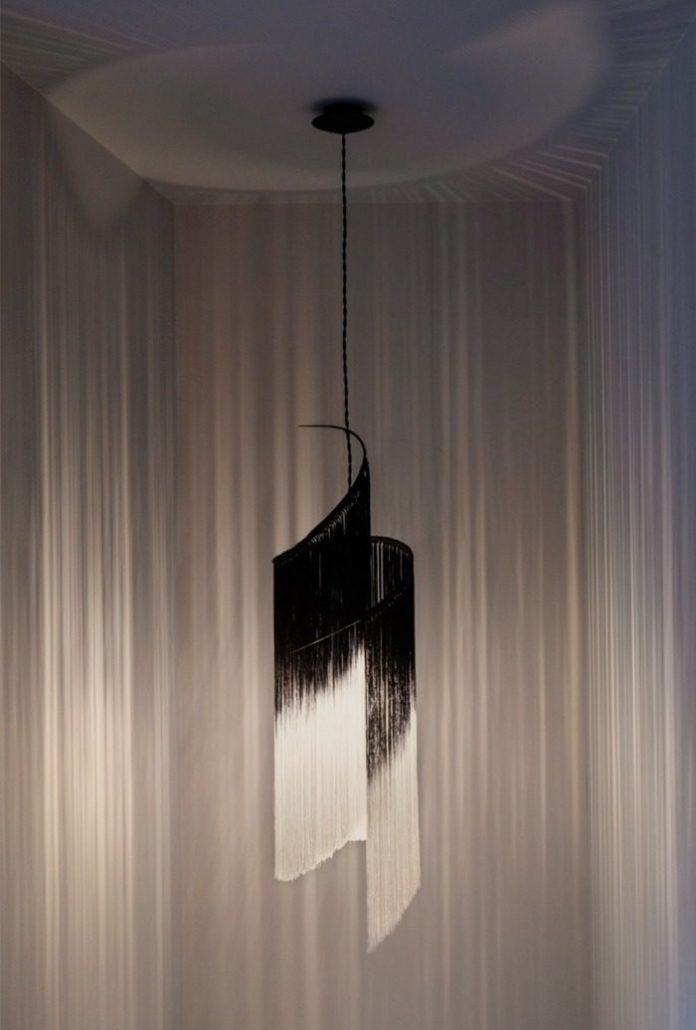 “I was happy that Axel proposed China, because there they have a long tradition of working with porcelain,” Demeulemeester said. She set to work communicating with the manufacturer. Robyn took videos of Demeulemeester painting the plates, and sending them to China, so the craftsmen there could replicate her brushwork. But there was still something off about the samples that came back, until Demeulemeester realized that the brushes they used were different. So she sent her brushes to China as well.

Serax prides itself on producing great design at affordable prices, and this is new terrain for Demeulemeester, one she is certainly excited about. “I’ve always liked the Bauhaus idea of making great design for a lot of people. To finally be able to do this without sacrificing the craftsmanship feels fantastic,” she said. In Europe the hand-painted plates will start at 15 euros at retail and increase in price depending on how much time it has taken to paint them.

Another thing that attracts Demeulemeester to this project is its slower pace. “If you do fashion, that’s all you can do, because it moves so fast,” she said. “You have to work like crazy if you want to do it well, and that did not leave me room to create other things.” With the Ann Demeulemeester Serax line her creations will be available for years. “This way you can buy a plate now and another plate in half a year and not worry about it not being there,” she said.

Robyn prefers to stay in the background, but in reality the creativity of both has always been inseparable. “I can’t imagine working without Patrick,” said Demeulemeester. “Ann Demeulemeester is a duo. If I make something and he doesn’t like it or vice versa, we always get it to a point where we are both satisfied. We’ve done this all our life. We are not the same people – we have our own talents and our own opinions, but we have developed our visual language together.”

The entire project from introduction of the samples to Serax to delivery took about a year and a half. Now Demeulemeester is curious to see the public’s reception. It’s a bit of coming full circle for her, being back in the public domain. The initial reactions have been overwhelmingly positive. “It’s so nice to know that people haven’t forgotten about me,” she said. Which surprised me in turn. Sure, fashion is fickle, but Ann Demeulemeester was always a cult brand, and it seems natural that people who buy her clothes will buy her porcelain. After all, the Demeulemeester aesthetic is absolutely there. Demeulemeester has built her brand on a vision of romanticism that may seem somewhat at odds with today’s world, but she remains unfazed. “I believe that if you make something beautiful, sooner or later it has a way of presenting itself to the world,” she said. 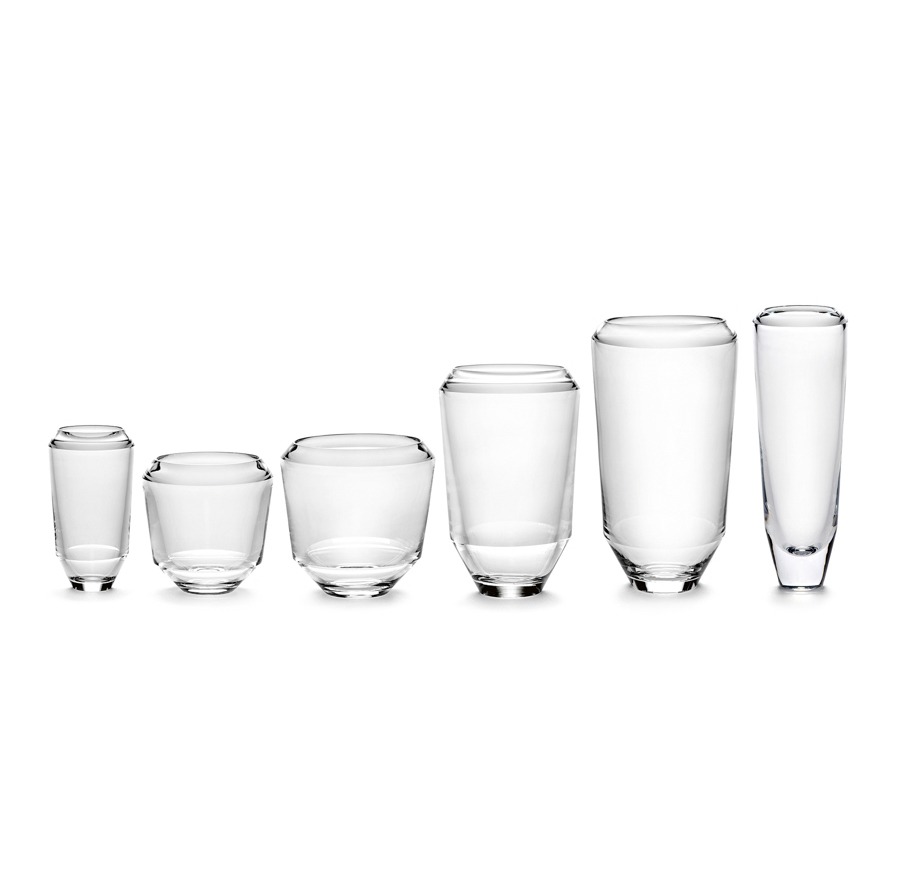 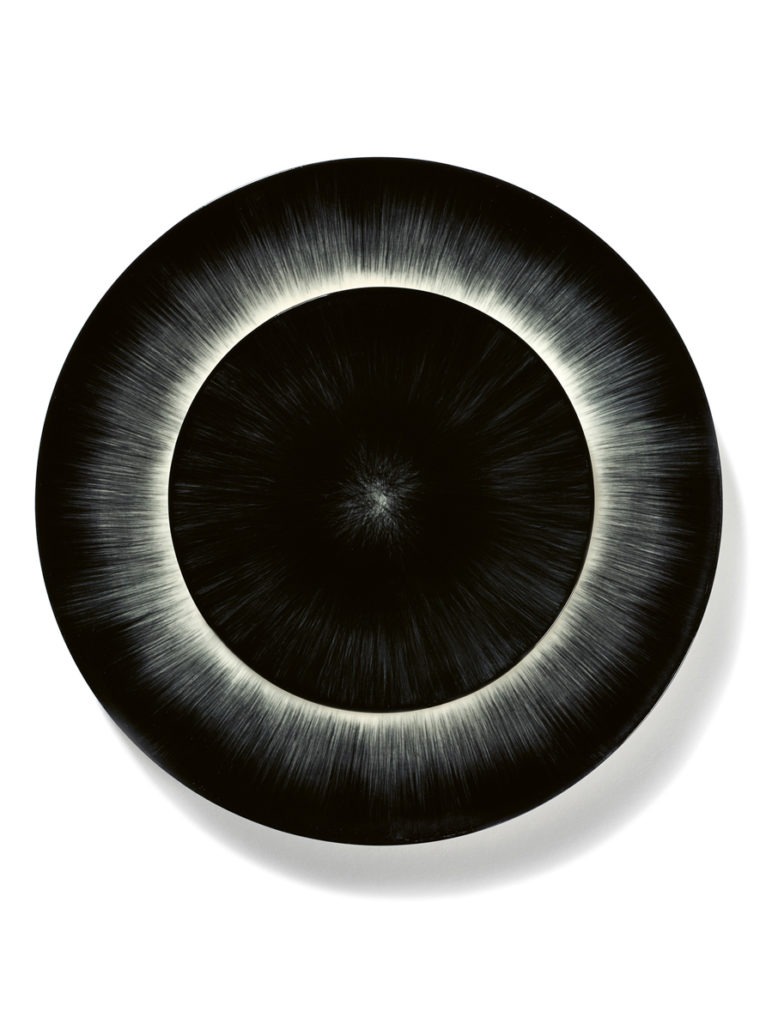 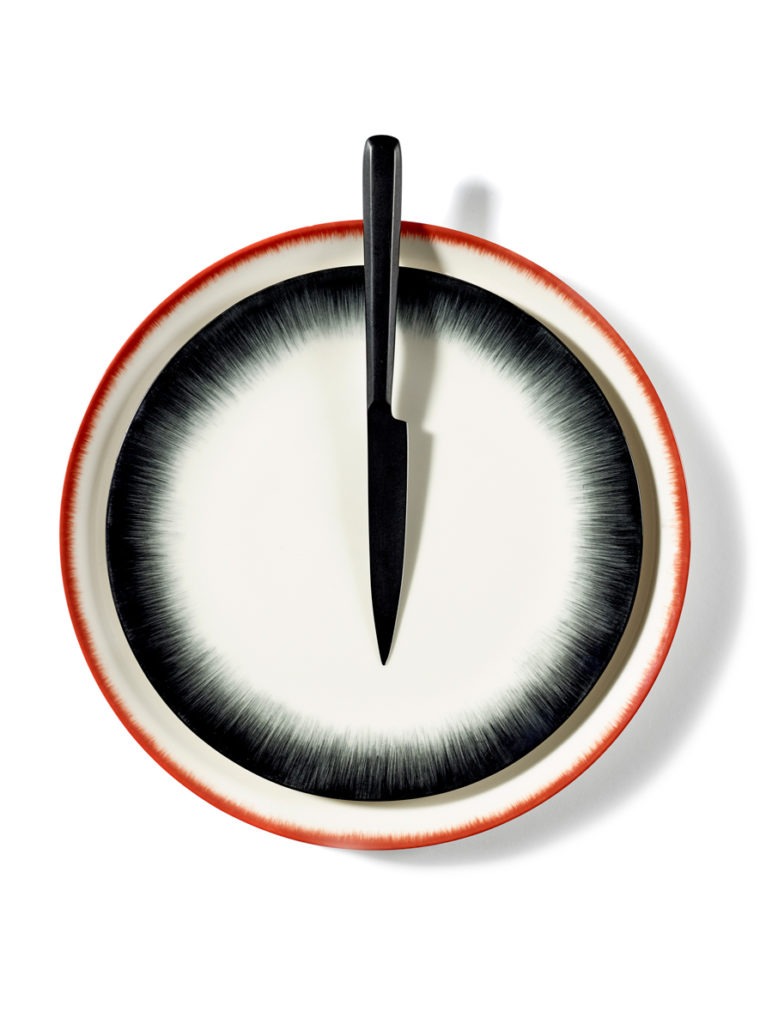