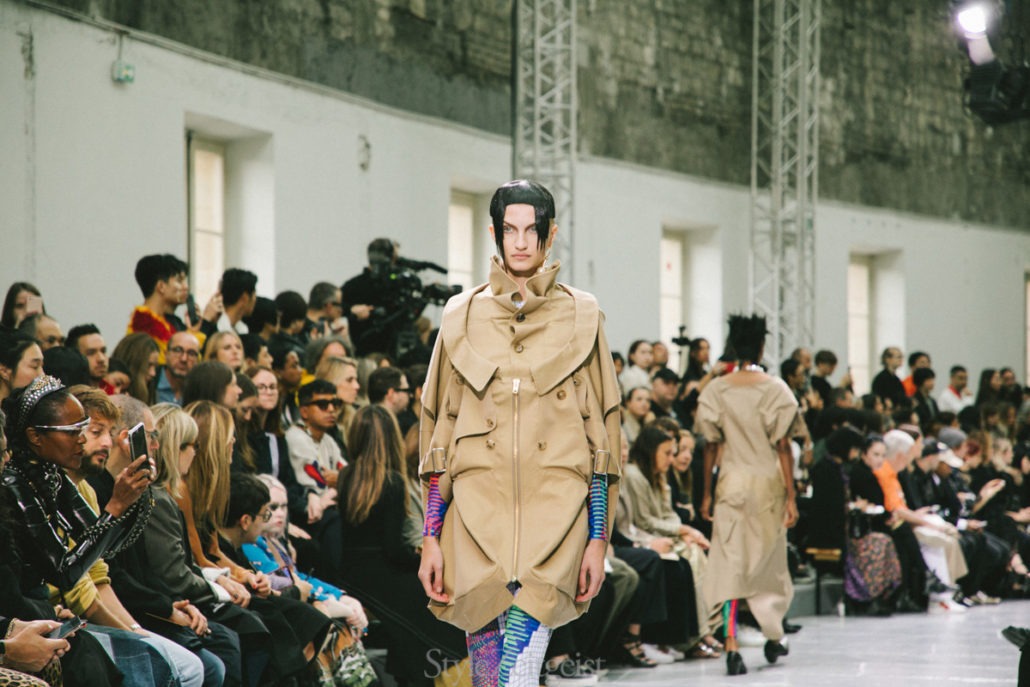 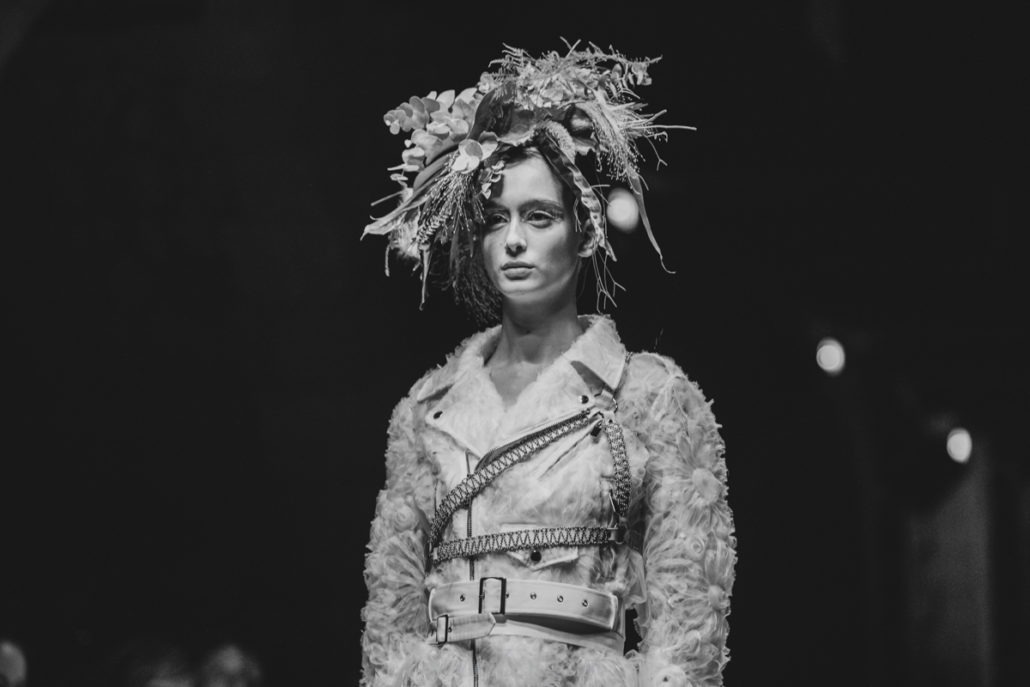 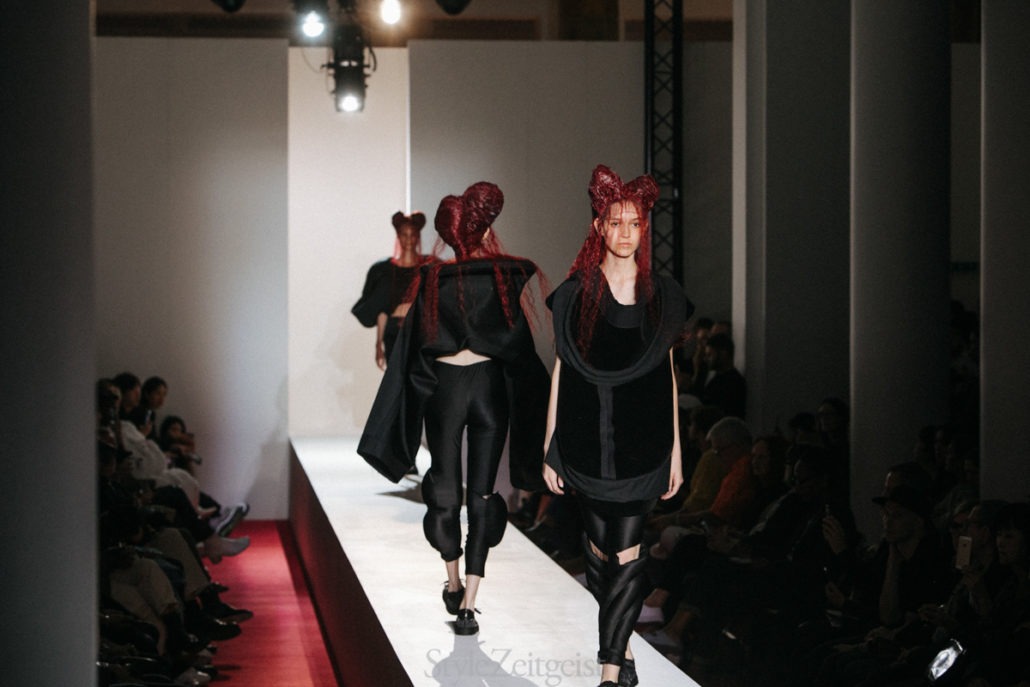 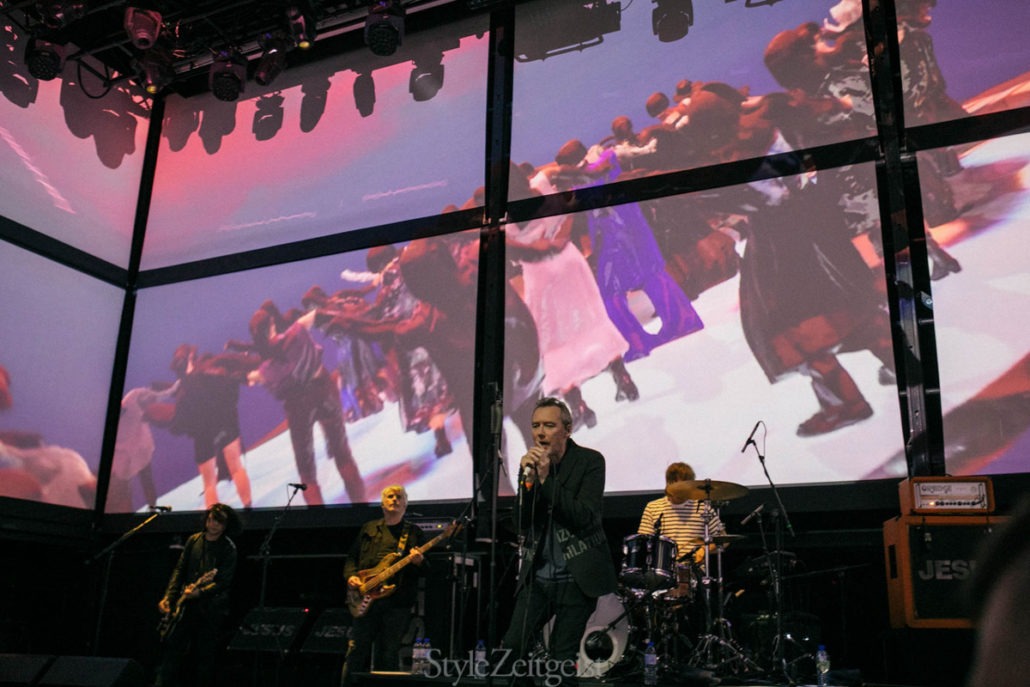 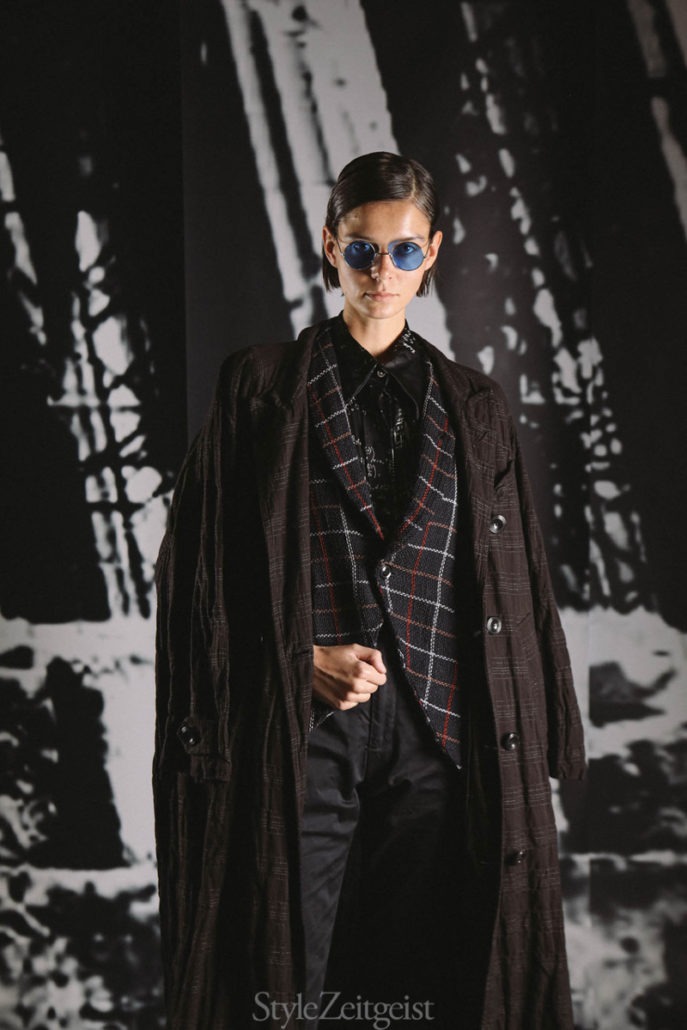 Paris, France – The trio of Saturday shows from the Comme des Garcons universe made me breathe a sigh of relief for the fact that there are no Japanese luxury fashion conglomerates who have to answer to their shareholders first and to fashion second (or say fifth). Rei Kawakubo, Junya Watanabe, and Kei Ninomiya all came out in top creative form with shows that were breathtaking in their flights of fancy.

First it was Watanabe, who put his genius cutting and splicing skills to a single purpose of reworking a trench coat in whatever way possible. This singular focus required so much depth from one’s well of creativity that a lesser designer than Watanabe would’ve produced a collection that would feel monotonous. This was anything but. There were trench coats skewed in all directions, with distorted proportions, with details moved about its surface and doubled in quantity; there were trench dresses, trench vests, and trench skirts. And it was all perfectly wearable in that nonchalantly chic way that says, “Yes, I go to buy groceries in this, so fuck you and your athleisure.”

At noon Kei Ninomiya at Noir proved again that If there is an heir apparent to Rei Kawakubo, he is it. His show featured garments of otherworldly complexity that pushed the envelope to outer space. The theme was “The Beginning,” going back to what he backstage said was “basics,” though there was nothing basic in those mind-bendingly complex clothes that sometimes take days and weeks to build. Ninomiya clarified that what he meant was concentrating on construction – as if he doesn’t always – and I took it to understand that for him design in its pure form comes first. There were elements of nature in the show, a bit of green color thrown in with the usual black and white, and some garments did look like esoteric plants, especially in combination with the brilliant headpieces by Azuma Makoto.

Later on that day Rei Kawakubo showed that she would not be outdone by her proteges. Her collection was (very) loosely based on Virgina Woolf’s novel, Orlando, which begins in the Elizabethan era with a boy who ends up living for centuries and in the process of his life transforms into a woman. This is not to say that Kawakubo cares deeply about trendy millennial politics – her mind is on the upcoming opera in Vienna based on Orlando, for which she is doing the costumes. And this was a fitting dry run, so to speak – here we witnessed Kawakubo bending the historical costume to her creative will with her usual fierceness. I particularly loved the sexy Elizabethans she sent out in the first half of the show – bare skin is not something Kawakubo usually does, and this felt unexpected and fresh. I also liked the looks in which she welded the men’s tailoring elements with the women’s and how it all turned to black in the end.

I should’ve been exhausted with six shows that day, but I was energized by all the creativity I’ve seen by the time I got to the Yang Li show, which only energized me further. In line with his “culture first, fashion second,” philosophy, Li treated us to a twelve-song set by none other than The Jesus and Mary Chain, the seminal Scottish alternative band. It was held at a concert hall; and as the band played, a video of Li’s collection he created with SHOWstudio in London was projected on all four walls. At the end of the first, four-song set, Li came up on stage with a handful of models to take a bow. It all felt intimate and exciting, and refreshingly noncommercial. I saw the clothes later in the showroom and rest assured that they are as fantastic as ever. The theme is “Yang Li’s Greatest Hits,” and the designer is fusing his work and that of his favorite musicians, from Chelsea Wolfe to Swans, in his own way. The standouts were a leather perfecto, whose back was split and held together with corset lacing. Ditto for a sumptuous, buttery leather shirt. Some tailoring had the names of the musicians or bands on the tags along with that of the designer. It was all very elegant and edgy at once.

From an intimate rock concert I went to an even more intimate opera at Geoffrey B. Small. “L’Alcibiade,” a 1680 piece by the Venetian composer Marc’ Antonio Ziani, was acted out by three young opera singers, and though it was homemade, it was no less impressive. The opera has an element of androgyny in it; in the story women sneak into the senate to swoon over the mercurial warrior Alcibiades, and so did Small’s collection. There was lots of men’s tailoring repurposed for women, resulting in a quietly assured chic that did not need to shout about its credentials.

Sunday Thom Browne treated us to another of his beautifully twisted fantasies, an inexplicable mashup that invites the viewer to his own interpretation. Mine was Alice in Wonderland with Alice replaced by Marie Antoinette. Why not? It’s as good of interpretation as any. There were hoop skirts and corset lacing and veils and of course tailoring. It all amounted to a pretty and macabre spectacle, but there was something missing, and I wondered why I felt a bit exasperated by the work of a designer I hold in high regard. I dwelled on what that something was for quite some time. What I came up with is this – Browne seems to be turning inward a little too much, at the risk of becoming too alienated and too alienating, like a child who spends all of his time in his own head without going to play outside. Which can produce a heartbreaking genius who has nothing to say about the world he lives in.

My last show was Sacai, always a worthy finale. Geopolitics were on her mind, as they are on fashion’s mind in general. I’ve argued before that fashion would do well to stay away from politics, but that was before Trump and Brexit, and I now completely understand the impulse for any creator to use whatever stage she has at her disposal to say something. And so when Abe opened with a salvo of looks featuring the map of the world prints to the soundtrack of George Clinton’s funk song “One Nation Under a Groove,” I was alright with that. This time Abe used hybridization as unification – uniting disparate elements, such as knits and chiffon, into one garment. Actually, this time there was less hybridization than usual, but it still worked well. The show was so upbeat that I don’t think many people noticed the funereal note at its end, when the models again sported the map of the world prints, but this time in black and gray.

And so, to wit, this was a fantastic season for independents, one that proved that the fashion avant-garde is far from dead and that there is still plenty of creativity to go around. What is lacking are new voices that are successful enough to stage shows in any of the world capitals, let alone one as expensive as Paris. And here I don’t mean hype garbage like GmBH or Ambush, but real designers who design. We sorely need them. There are more brands in fashion than ever, but fewer of them than ever are successful enough to earn the industry’s respect or exposure. This is unfortunate. Whatever is good seems to be coming mostly from one country – Japan. I keep watching Anrealage, and I was intrigued by a newish Japanese brand, Beautiful People. But we need more than that to turn the tide of suffocating, soulless corporate mediocrity that has taken over the world.