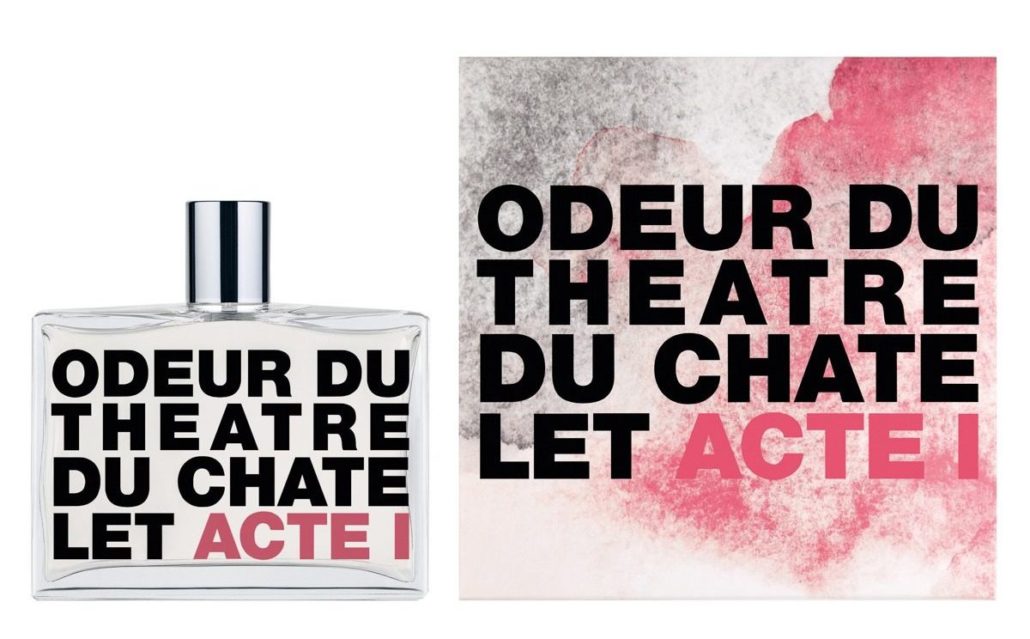 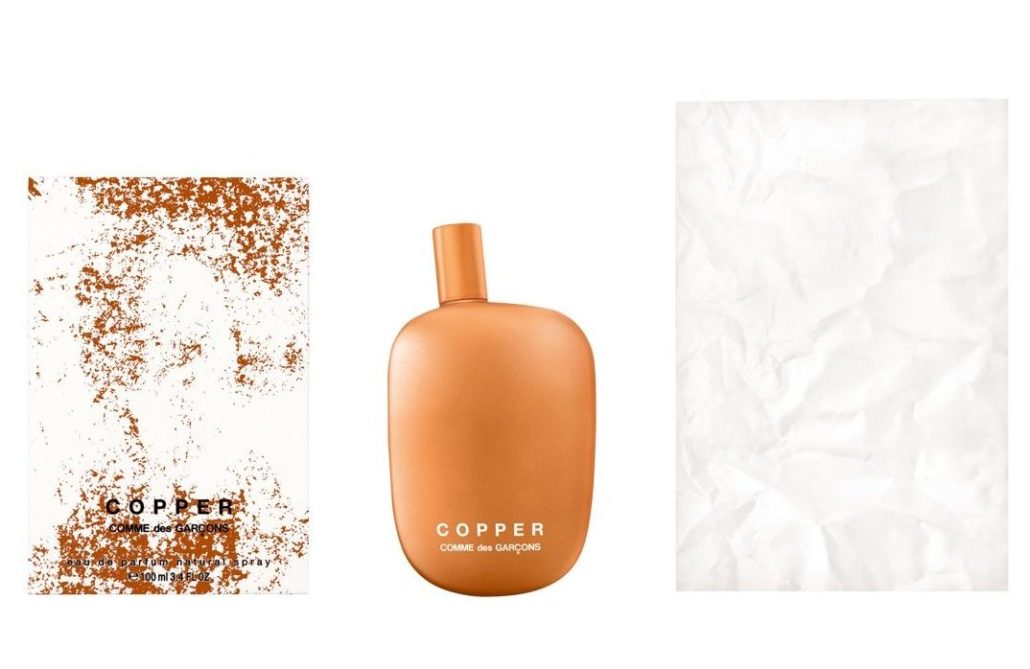 The first scent is a collaboration between CdG and the iconic Parisian theater, on which Rei Kawakubo herself worked closely with Ruth Mackenzie, the theater’s artistic director. The bottle and the packaging, which hark back to the Comme classics Odeur 53 and Odeur 71. The scent mixes the floral and the woody notes. It opens up with the floral notes of ambrette absolute, black pepper, and a hint of rose, and eventually settles into a very calm woody scent. It’s kind of like settling into one of those plush chairs at the theater. The 200 ml bottle of eau de toilette will set you back $150 in the US and Euro 120 in the EU. The scent is available at most Dover Street Market stores and flagship Comme des Garçons boutiques around the world.

The Copper fragrance was created by the Spanish conglomerate Puig, with which Comme des Garçons has a partnership. Unsurprisingly, it’s a more populist scent, warm, uncomplicated, a potential hit, whose vanilla notes overpower the metal ones at the outset. The press release also lists Iranian galbanum, peppercorns from Peru, ginger oil from Madagascar, and Ethiopian myrrh. It all sounds wonderful on paper, but not easy to discern. The scent gets more ambiguous as it settles and the vanilla goes away, but then it becomes an amalgam of metal notes that we found too on the nose. The fragrance’s bottle is another classic Comme design, this time rendered in copper is undoubtedly lovely, but again its satisfaction is too immediate. 100 ml eau de parfum retails at $165 in the US. It’s super limited launch happened only at the newly opened Dover Street Parfums Market in Paris.