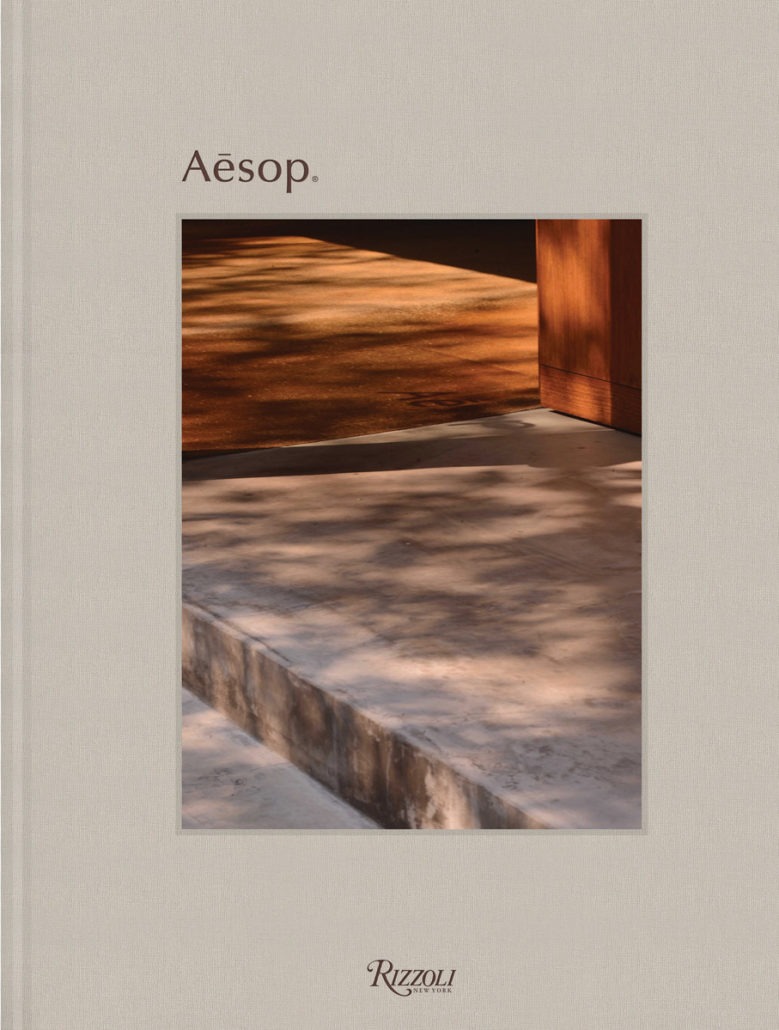 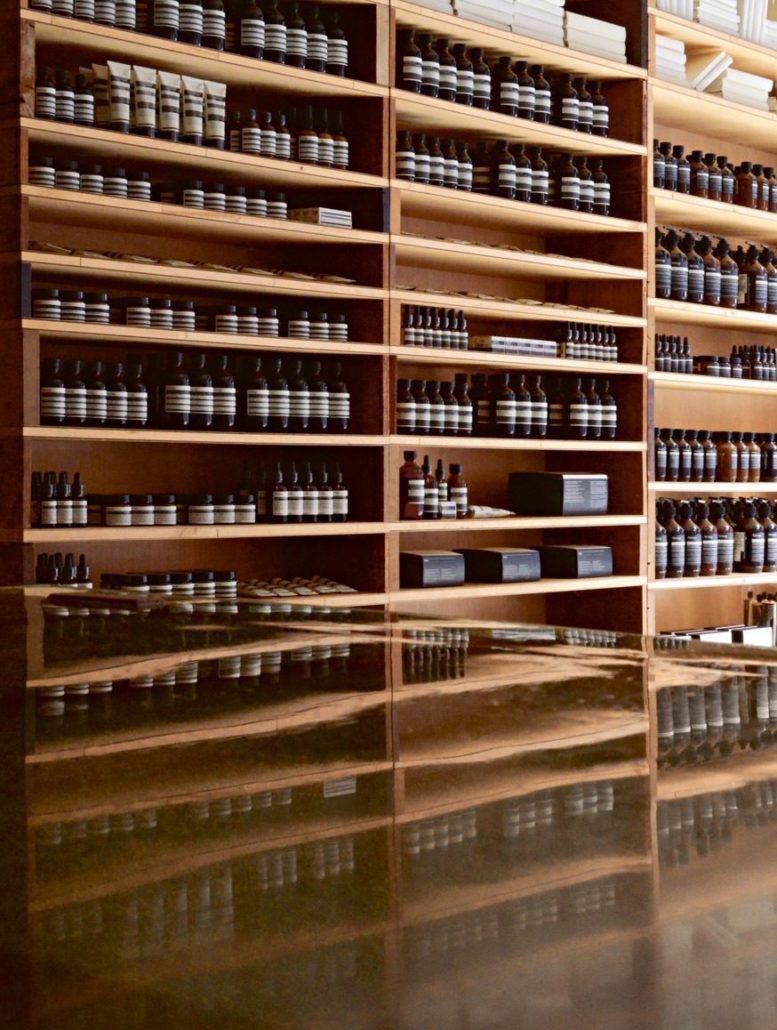 It is my humble opinion, that as far as the brand-building exercise goes, the skincare brand Aesop should be in every marketing textbook, though marketing is the last thing Aesop stands for. Like many good things it was built by a perfectionist who was dissatisfied with what was on offer. It is also my humble opinion that a perfectionist who is dissatisfied with what’s on offer is a powerful and a necessary force in all realms of human endeavor (perhaps with the exception of politics). In Aesop’s case that person was Dennis Paphitis, whom we profiled two years ago. In several decades he has built a brand so decidedly different from others, from the product to the packaging to store design, that it has fostered a cult following among the design-conscious. Aesop’s stores, each with its own character, are the finger in the eye of the philosophy of building a brand through sameness, which has resulted in the sterile retail landscape of any contemporary metropolis. Its alignment with culture, especially literature, feels unforced and genuine. Aesop is what happens when a company is driven by a singular vision and not by a bunch of suits.

The new 336-page monograph from Rizzoli serves as a good primer into the world of Aesop, starting with its sumptuous fabric cover. The cover image is of a sidewalk in front of one of Aesop’s boutiques, the brand’s logo faintly reflected on the sidewalk by the sun. Everything is in earthy shades, unobtrusive, quiet, and welcoming. The first words in the book are those by Antoine de Saint-Exupery, the author of the Little Prince, “If you want to build a ship, don’t drum up the people to gather wood, divide the work, and give orders. Instead, teach them to yearn for the vast and open sea.” Which means what? That in Aesop’s world the ideas drive the execution, and not the other way around. That the brand is keenly attuned to and stands squarely against the alienating effects of capitalism with its insistence on division of labor. That at its center is simply good old humanism. Of course that may seem like a stretch for a company that sells (really good smelling) face cream and shampoo, but try suspending your cynicism; I find it a relief. In my experience with the brand, from interviewing the founder, to following the art projects they support, to simply visiting its stores, never have I felt I was being sold to. Rather, I felt that I was invited to share in the company’s worldview.

But onto the book itself, which is, as expected, a deep dive into the brand, starting with its humble origins as a single hair salon in Melbourne, Australia that Paphitis opened in 1987. For the obsessives, you’ll get to know the origins of its ingredients and products, Aesop’s packaging philosophy, its iconography, and more. This follows by a section that highlights some of Aesop’s boutiques, with text that explains the store design process and how each store interacts with the neighborhood it’s in. An important aside; once you have a certain aesthetic perception, your world gets streamlined through a series of choices, both in what you choose to follow and what you choose to discard, and so your signal to noise ratio drastically improves and your level of visual pollution drops. Aesop holds such a perception, and so it was unsurprising to learn that they have worked with some of our favorite architects and interior designers, such as Vincent Van Duysen and JamesPlumb.

The last part of the book is comprised of stories about failure, knowledge building, intuition and experience. Again, human. Few brands that offer a luxury product will let you in behind their polished, sterile, impersonal facades. Aesop wants none of that. It’s a brand that’s alive, as is the book.

Aesop by Rizzoli ($75). Hardcover, 336 pages. Out now. All photos courtesy of Aesop and Rizzoli. 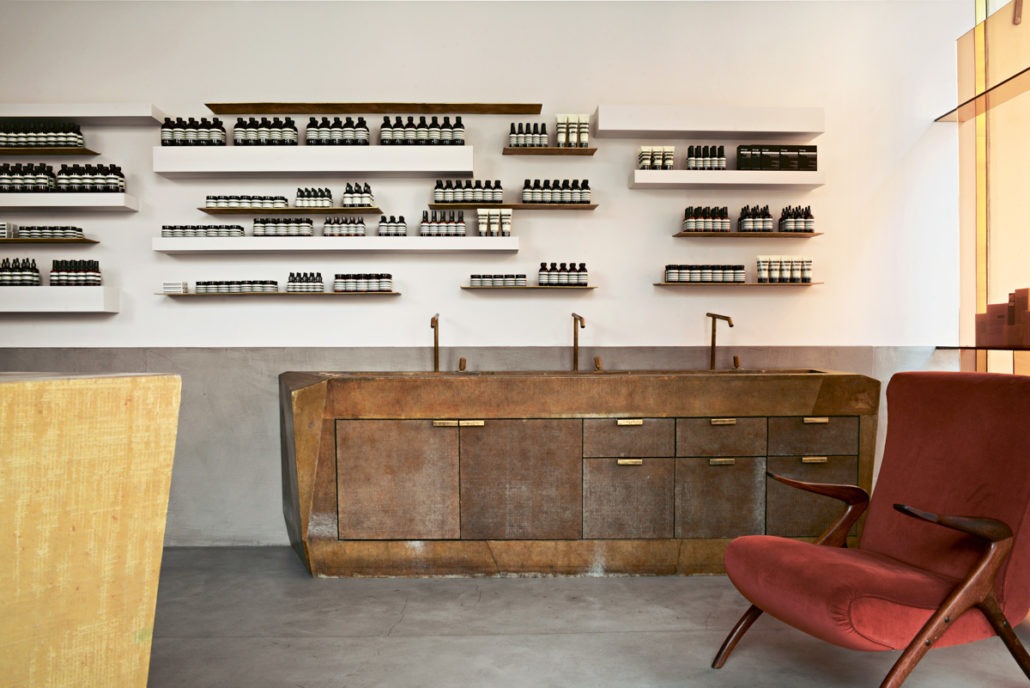 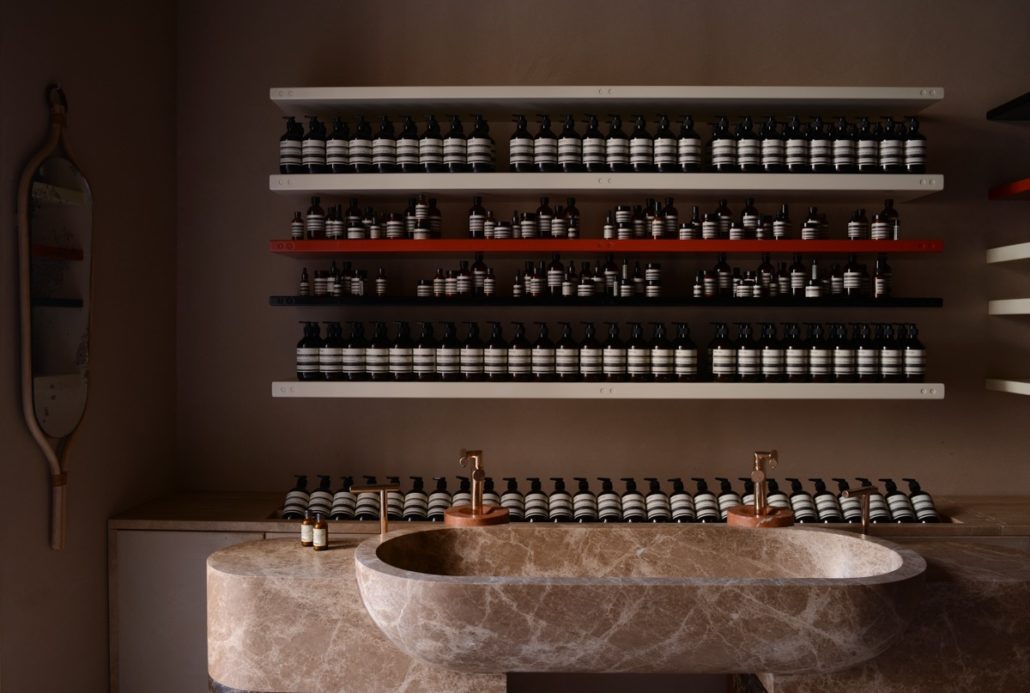