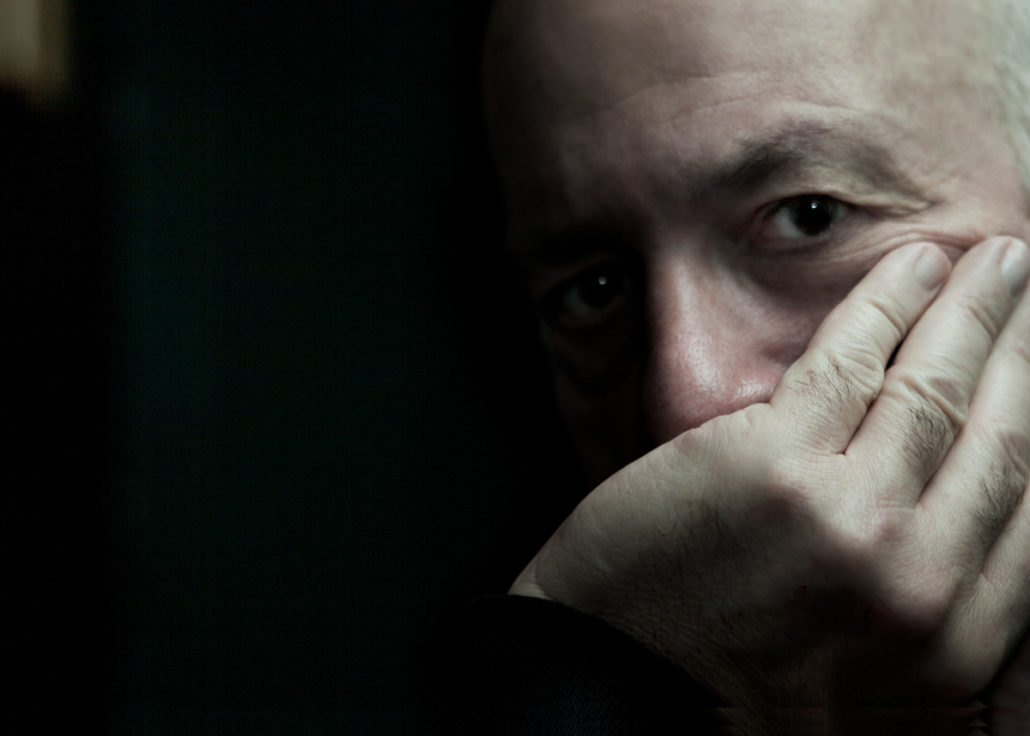 In 1978 in London the young musician by the name Daniel Miller recorded two songs, “T.V.O.D.” and “Warm Leatherette” under the moniker The Normal. He knocked on the door of Rough Trade Records store in Notting Hill in order to distribute the record, but Miller also needed a record label to give the single some gravitas, so he decided to just create one. Little did he know that Mute Records would become one of the most important record labels of our time. “Warm Leatherette,” based on a novel Crash by J.G. Ballard proved to be a cult hit that has since been covered by Grace Jones and Trent Reznor of Nine Inch Nails (with Peter Murphy on the vocals), among others.

When Miller returned from his first tour, he found a bunch of demo tapes waiting on his doorstep. And thus Miller almost accidentally became a record label executive who gave us giants like Depeche Mode and Nick Cave, cult favorites like Nitzer Ebb and Diamanda Galas, and brilliant pop singers like Goldfrapp. The rest, as they say, is history.

But Miller does not like dwelling on history, nor resting on his laurels. Earlier this year, Mute put out perhaps its most ambitious release to date. Called STUMM433, the vinyl set consists of 58 covers of the iconic John Cage 1952 composition 4’33”, which is comprised of four minutes and thirty-three seconds of silence. The covers are done by artists Miller has signed over his prodigious careers, Depeche Mode, Nitzer Ebb, and others. There is also a version by The Normal.

The box set also includes artwork by such giants like Anton Corbjin and Tom Hingston, and a candle by Joseph Quartana of Parfums Quartana. For Quartana, this was a dream collaboration. “Working with Daniel was like getting a chance to serve the pope; for me he’s just that, a gatekeeper of genius vibrations that had tremendous influence on me,” said he.

Net profits from the release of the STUMM433 box set will be split between the British Tinnitus Association and Music Minds Matter, charities chosen to honor Inspiral Carpets’ founding member Craig Gill who suffered from anxiety and depression as a result of his tinnitus in the years up to his untimely death.

We caught up with Miller to discuss the new release and Mute records. The conversation below has been condensed and edited for clarity. 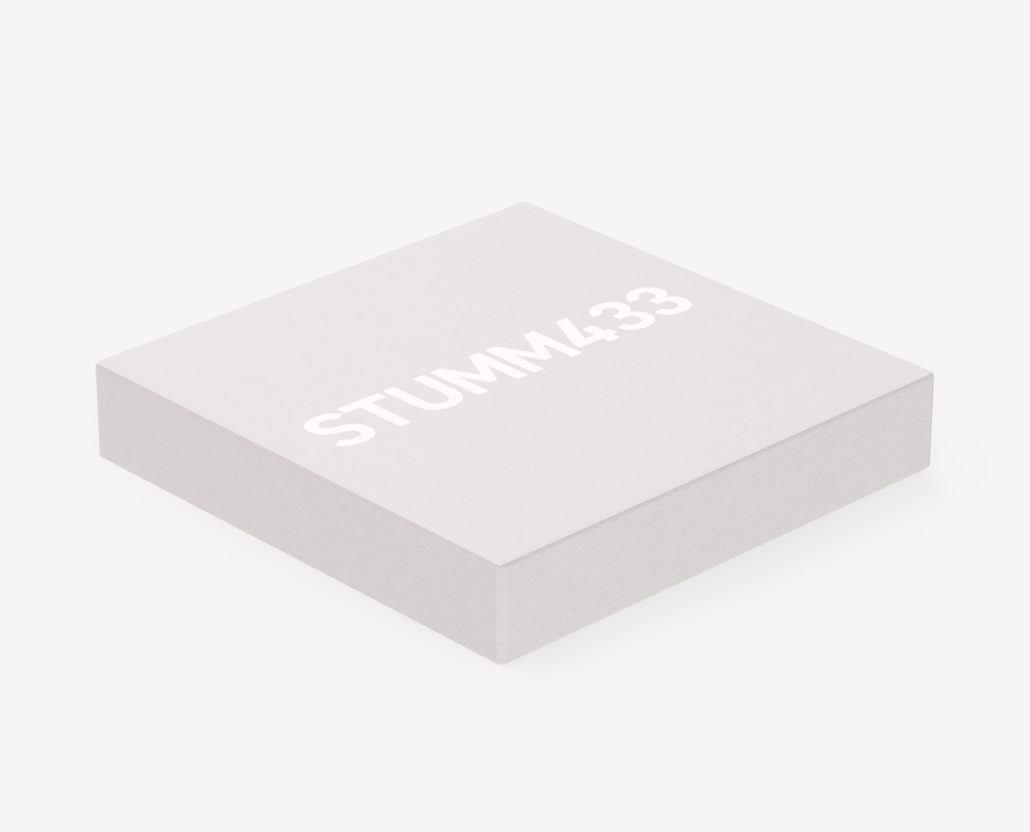 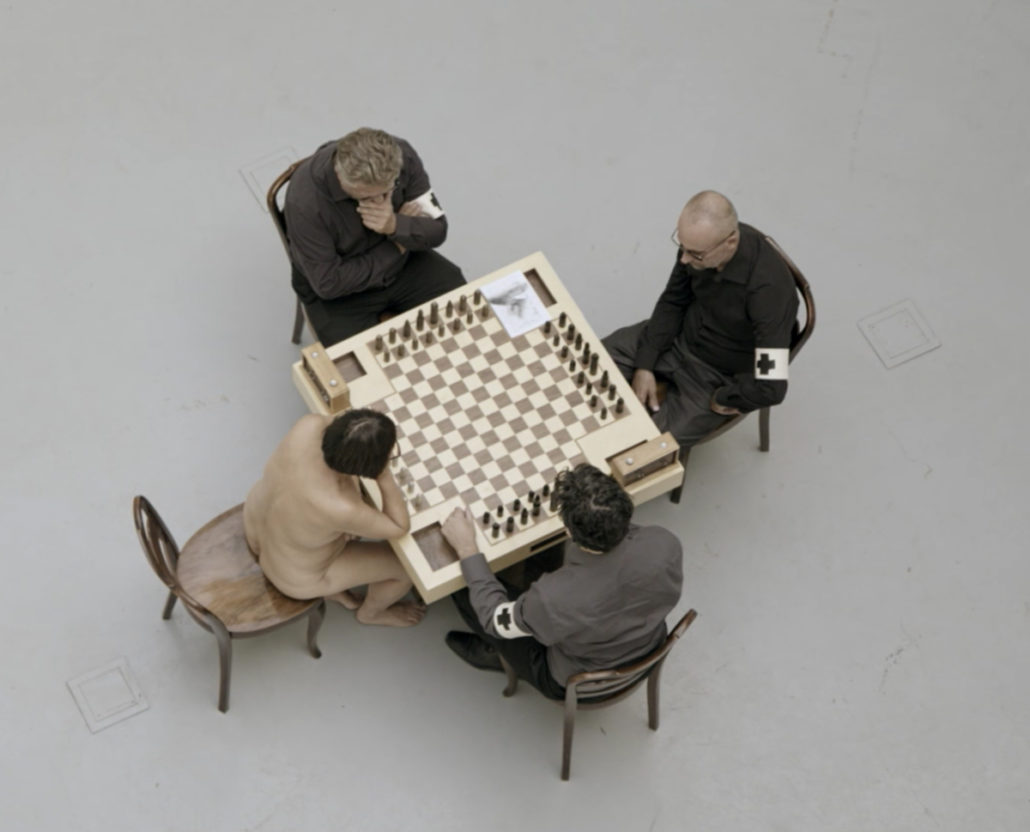 ER: How did the idea for STUMM433 come about?

DM: There’s an artist called Simon Fisher Turner, who does a lot of music installations, and he was working on a project with Edmund de Waal, a world-leading ceramicist and author of The Hare with Amber Eyes. Edmund approached Simon at an installation at the Schindler House in LA, which hosts various artists and artist residences. One of the previous artists who worked there many years ago was John Cage. So they had an idea as part of the installation to have a performance of 4’33”. I was talking to Simon about that and somehow out of that conversation came the idea to get our artists involved. We thought it was a great idea and it coincided with our 40th anniversary. We approached just about every current and former artist on Mute and we got an incredible response. Considering the nature of the piece, they’re all quite different. People did them in different environments, whether in a studio, outside somewhere, or at a sound check. Some bands that hadn’t been together for years, like Mountaineers and Pink Grease, got together for the first time just to do this. That was a moving experience. And a part of it was that everybody had to do visuals to go with it; a video, a photo, an illustration.

ER: In the box set, there is also a candle, which gives it another dimension by adding a sense of smell to a sense of hearing.

DM: After Joseph Quartana approached us we thought it was a great idea to expand on the senses. Originally we were thinking to do it as a perfume, but there were a lot of practical issues with that. So he came up with the idea of a candle. If you burn the candle and listen to the full record back to back, the candles should last exactly that amount of time. So, yes, as you say the record is a sensory experience, and you are adding another dimension to that.

ER: How has the reception of STUMM433 been so far? It’s a very challenging record to release at any time, but especially now that attention spans are so short, and a lot of music caters to that. You are going in the completely opposite direction.

DM: Yes, this record definitely involves deep engagement. I don’t know how many people are going to listen to it all through in one sitting. It’s not a record for people that want short songs they can just flip through. Especially if you listen to it on vinyl, the whole thing about vinyl is engagement. You have to get up and put on the record. But audience participation is an important aspect of 4’33”, where they are hearing things that they wouldn’t necessarily hear if they weren’t fully engaged.

In general, the response has been very positive. Though quite confused at times. “Why are you doing this?” someone asked me, “Don’t you think it’s an impractical and insane idea?” I said yeah, that’s exactly why we did it. One reviewer wrote that it doesn’t really sound like Depeche Mode.

ER: I like how you said that you did it exactly because it’s a crazy idea. If art cannot provoke or make people uncomfortable, it’s not really doing its job.

DM: Absolutely. If it’s just easygoing it’s not really art. It needs to be challenging, it needs to be questioning. Also, from the visual point of view, with the candle, and all the artwork, an incredible amount of work went into the object itself. I like to think of it as more than just a record; it’s an art piece.

The vinyl box is a bit expensive, but it was obviously very expensive to produce with everything that went into it. It’s also available on CD and digitally as well, but it’s the vinyl version that’s the definitive version. 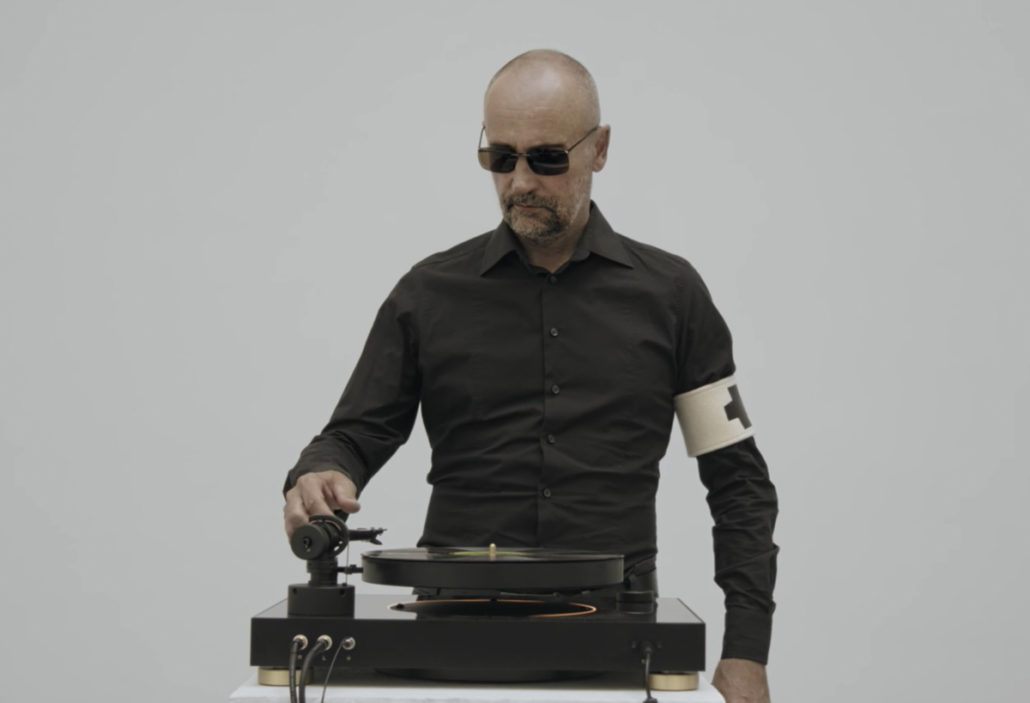 ER: It’s been over 40 years for Mute, and music has changed so much over the years in so many respects. How have you steered Mute Records over these decades?

DM: Clearly, the way people listen to music, and music making changed beyond recognition over those years. Surely, it’s because of digital technology. In terms of distribution we went from vinyl to CD to downloads to streaming.

Also, and this is important, in my youth music was the one outlet of teenager’s engagement. In the mass consumption world it was all about music. Now there are so many different ways to keep engagement.

Recording has changed too because of digital technology. Almost anyone can make an album at home for almost no money, and then distribute it themselves through Soundcloud or Spotify, in their bedroom, which I think is amazing. On the flip side it does kind of flood the market with music that’s not very good, but that’s part of the deal. My first single that came out, T.V.O.D./Warm Leatherette, was actually a bedroom recording as well.

The philosophy with regards to the musicians we work with at Mute hasn’t changed that much. We still want to work with conceptual artists with a unique voice, and exceptional artists are very hard to find. Excellent artists are pretty hard to find. Good artists are pretty easy to find. To work with exceptional artists over a long period of time and help them develop their career and their creativity has been something that’s been at the core of music since I started working with artists. Artist development is getting more and more difficult to do now, partly because of the mindset that makes everything disposable. In the old days, you used to say that if you start selling albums around album four, that’s great. Now, you have to make these things happen more quickly, basically because of the economics really and the market. Today, once you get to a second album or third album you’re regarded as an old artist. Exposure is harder now, or very different than it was back then.

ER: This is exactly one of the issues I have with music today, that artists aren’t given time to develop. Depeche Mode is one of those artists who didn’t hit their stride for quite a while.

DM: That’s right. Although, in that respect, they had commercial success, in the UK at least, quite early on, which helped that long career. A better example would be Nick Cave, though sadly he is no longer on Mute. He has become an arena artist, but his career grown really gradual over the years. We were with him for over thirty years. Moby is another artist that took us a while to develop. But it’s in our DNA to think of an artist over the long term and not just the next track.

ER: How do you look for artists these days? Do you still get a lot of demos?

DM: Certainly. Of course it’s not like in the old days, where we’d have room full of cassettes, now they come online. We haven’t really signed much from unsolicited demos. I would say at least 80% of the demos we’ve had over the years have been inappropriate for us. I think people just get a list of record companies and send them out. Then, there people who write “We’re the next Depeche Mode,” and they are indeed just a bad copy of Depeche Mode.

These days, of course, for us it’s very much exploring music blogs, Soundcloud, it’s also word of mouth and sometimes pure luck. You happen to be in a bar by chance and get blown away by someone playing. Also, over the years we’ve gotten quite a network of people, friends…our own artists have recommended others.

ER: You started your career with synthesizers, which democratized music making in the ’70s. Now music has been so democratized by Autotune and Soundcloud that I wonder if music has become too democratized, if there is such a thing, and now it will just be about editing down. How do you cut through the noise?

DM: I don’t think you can ever have too much democracy in general. But I guess it’s a big philosophical discussion, if there can be too much democracy? I mean there can if you vote on every subject that comes up in Parliament. We’ve certainly had one referendum in the UK that’s caused more problems than can be imagined. More democracy means you vote on everything, and there’d be a referendum on everything and that’d be utter chaos. That’s the way music’s kind of gone as well. Of course there are blogs and there are playlists and there are editors and gatekeepers. Surprisingly, radio in the UK is still quite powerful in the pop industry. What’s important though, is that anybody who can make music can make music, can record it and put it out there. I think that’s great, because you might find someone with talent that might have otherwise never emerged.

All we can do is play our part at Mute. We are a very active label, always looking for exceptional artists. We have signed quite a few artists in the last eighteen months, more than we have in a while. It’s not a policy, it’s just we keep finding great music. There is very exciting young talent coming out.