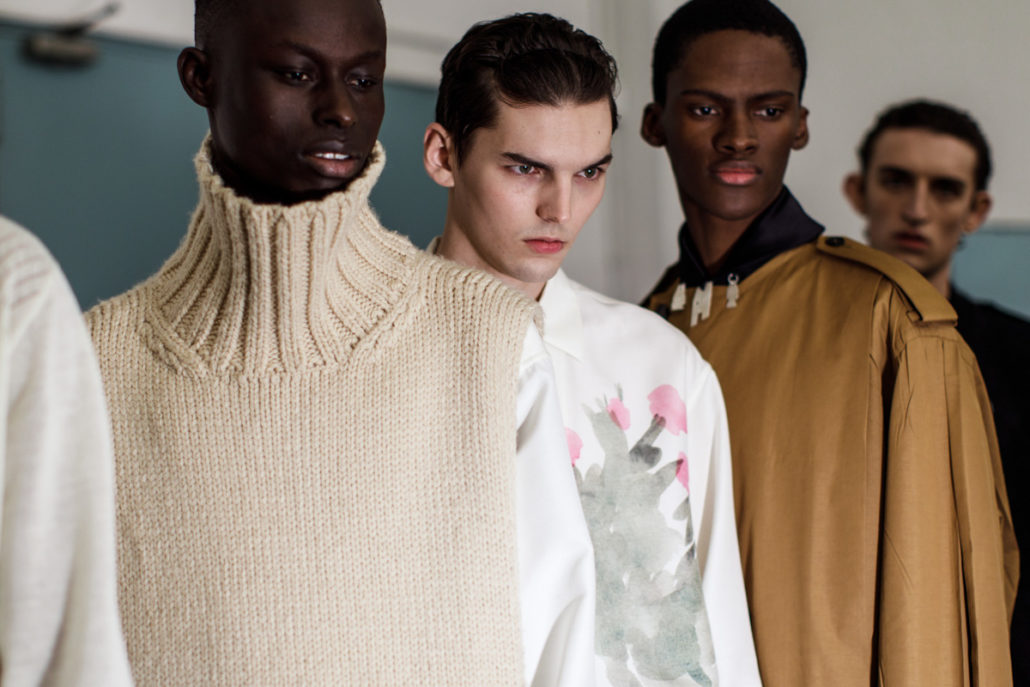 Florence, Italy – As a reader of this magazine you may not be familiar with Pitti Uomo, the largest menswear trade show in the world that takes place in Florence twice a year, right before the Milan fashion week. As a matter of fact, “What are you doing here?” is the most common question I get from people who are used to my writing about the fashion avant-garde. What I’m doing here is my journalistic duty, which is to be curious. Besides, Pitti Uomo makes all the right moves by bolting on a runway program on top of the fair itself, and its organizers are impressively good at keeping their ear to the ground. This year the highlights of the program were Jil Sander, which is seeing a revival under the auspices of Luke and Lucie Meier, Telfar, the queer fashion cannonball out of New York, and Random Identities, a new venture from Stefano Pilati.

The Jil Sander label has seen several iterations since Jil herself sold the company to Prada, which promptly ran it into the ground before selling it to the Japanese conglomerate Onward. The Meiers are slowly steering it back to Sander’s spirit of minimalism, recalibrated for today. And today minimalism is hardly viable, so concessions by the brand are made (I almost wrote “must be made,” but I am not convinced by the “must” part) with logoed tees and coats, duly worn by some of the attendees to telegraph… what exactly, I don’t know. Jil herself must be cringing at what is surely an anathema to her ethos. Mercifully, none of the logoed stuff was in the lovely show held at the Santa Maria Novella monastery. Its medieval trappings were serene and so was the collection. The silhouette was loose and appropriately monkish, and so were the details such as tassels and silk collars. It was unquestionably chic. Coincidentally, on my flight two days prior from Paris to Florence, amidst the try-hard peacocks and logoed women sat a Catholic priest, who in his floor-length coat, his floor-length habit, and his jet-black tasseled sash, was undoubtedly the most stylish person on the plane.

If you can close your eyes on the history of abuse and violence perpetrated by the Catholic church all the way through the 21st Century and look solely at its aesthetic trappings, you will be rewarded. Can you make such a separation? When I read the news and history books, I cannot. When I sit at the Ognissanti church in Florence, or at San Luigi dei Francesi in Rome, or at Santa Maria Gloriosa dei Frari in Venice, overwhelmed by their beauty, I can. Such is life, a contradictory mess from which you try to carve out some sense. That’s what also keeps it interesting. Unfortunately, there was no mess in the Jil Sander presentation, and therefore not much sense to be carved out of it. It was all in plain view, easily digestible, beautiful, desirable clothes. The highlight was the voluminous silhouette that was neither over the top hard, nor immediately easy to adapt, with bell-bottomish pants and kimono coats adding a bit of oomph to it. The materials looked appropriately luxurious for Jil Sander, another plus in the industry that has been cutting corners on quality at the speed of a Formula 1 car. Hurray for that. Finally, there is something else to say in the Meiers’ favor is to repeat that our era of immediate and shallow fashion does not make their job of keeping Sander’s minimalist ethos easy by any means, and that they succeed more often than not. 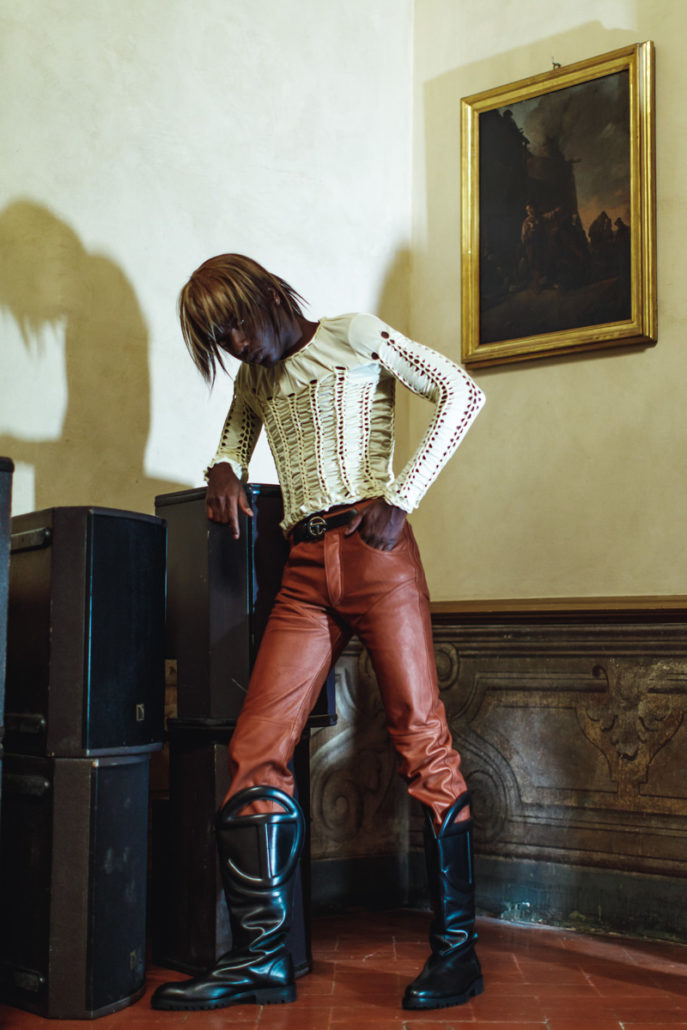 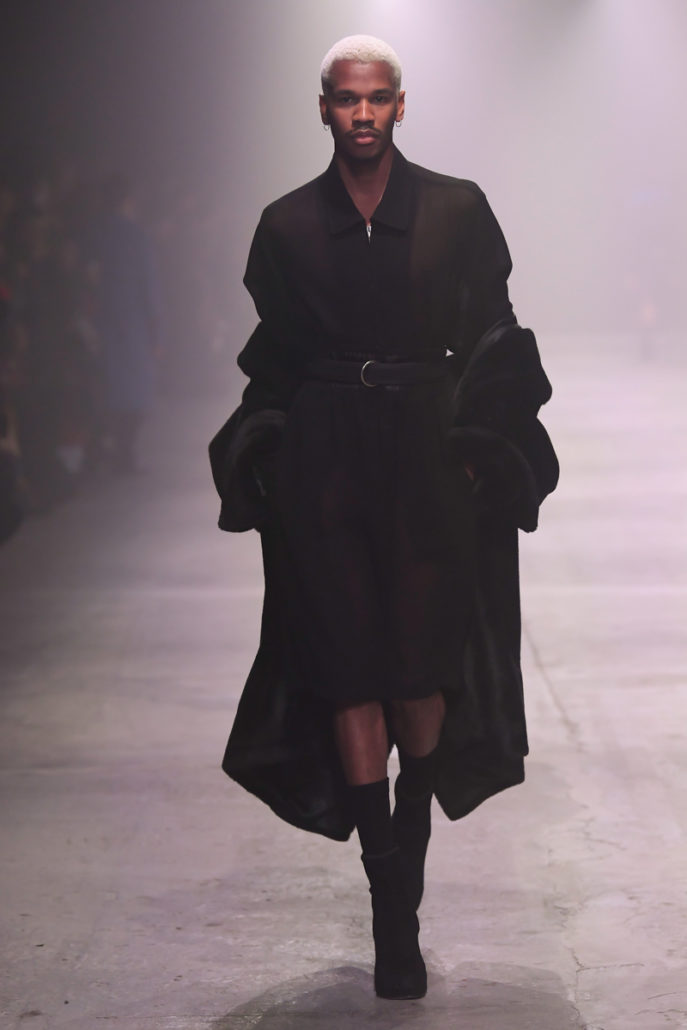 The next day there were the shows of Telfar and Random Identities. On the surface the pair come from the same queer point of view, but the shows turned out to be the polar opposites. Telfar Clemens staged his at Palazzo Corsini, one of a handful of opulent Florentine palaces, adding Renaissance touches to his streetwear-inflected clothes. As before, the problem with Telfar is that what it stands for – giving perhaps the most disadvantaged group in the US, black queer youth, a voice – is worth rooting for, the clothes just don’t deliver. And so it was here, the stuff was too amateur for the runway, too DIY, too homemade to be called fashion with capital “F.” It’s the same problem that plagued Telfar’s predecessor, Hood By Air. One can only hope that Clemens improves as he goes forward.

The Random Identities show had the reverse feel. But first a note on its format. I understand that the idea of the brand is democratization, but when you invite too many people to your fashion show and make it standing room only, you invite a disaster. You forget that some of us have to actually work here, and when your audience stands three rows deep, what is a reviewer supposed to review, when he or she can’t see anything, while the hangers on, who have no real business being there muscle their way to the front? I particularly felt bad for my colleagues who are older, watching Suzy Menkes suffer visibly while we had to stand for over half an hour in one place waiting for the show to start.

As for the show itself, the overwhelming feeling of its presentation was that Pilati’s only concern is the opinion of the Central St. Martins students who get their ideas solely from Dazed magazine, plus a handful of regulars on the Berlin club scene. Gender fluidity Pilati flaunted was so prescriptive, so on the nose, that it was a turnoff. Much of the clothes, however, looked excellent (from what one could see). Pilati – who is a real designer in possession of formidable talent – played with tailoring and proportions and it all looked modern and thought out. Random Identities stands for democratization of designer fashion – its price points are low compared to many others. The problem here is that cutting costs in order to still turn a profit poses another agenda of the day issue, sustainability. Most of what I’ve seen from Random Identities is made from polyester. But for some reason I don’t see any CMS students wringing their hands over this fact.

A couple of observations on the fair itself. Its attendees provide a pretty good barometer of what’s in the air for menswear, and today it’s the ascendance of techwear. In particular it seemed like half of the peacocks shed their flamboyant suits in favor of Stone Island, and it was nice to see that the Italian menswear aficionados are rediscovering the country’s most innovative brand, even if the influence that commands their attention now comes via North American hip-hop stars and hypebeasts.

Inside the fair there was plenty of excellent, quality clothing from small brands like Haversack, Gloverall, and Descente. I also loved the Japanese rendition of the classic American brand J.Press. Once again the Japanese prove that they can take heritage and make it better and make it modern. Amen to that. As I strolled the fair’s aisles, one dispiriting question kept nagging me – who buys these clothes? Why don’t I see them on the streets of New York, Paris, even London? It’s the question I keep asking myself every time I leave the sartorial fairyland of Pitti Uomo and enter the real world, where I watch people mob fast fashion stores on any given high street.

All photos courtesy of Pitti Uomo.