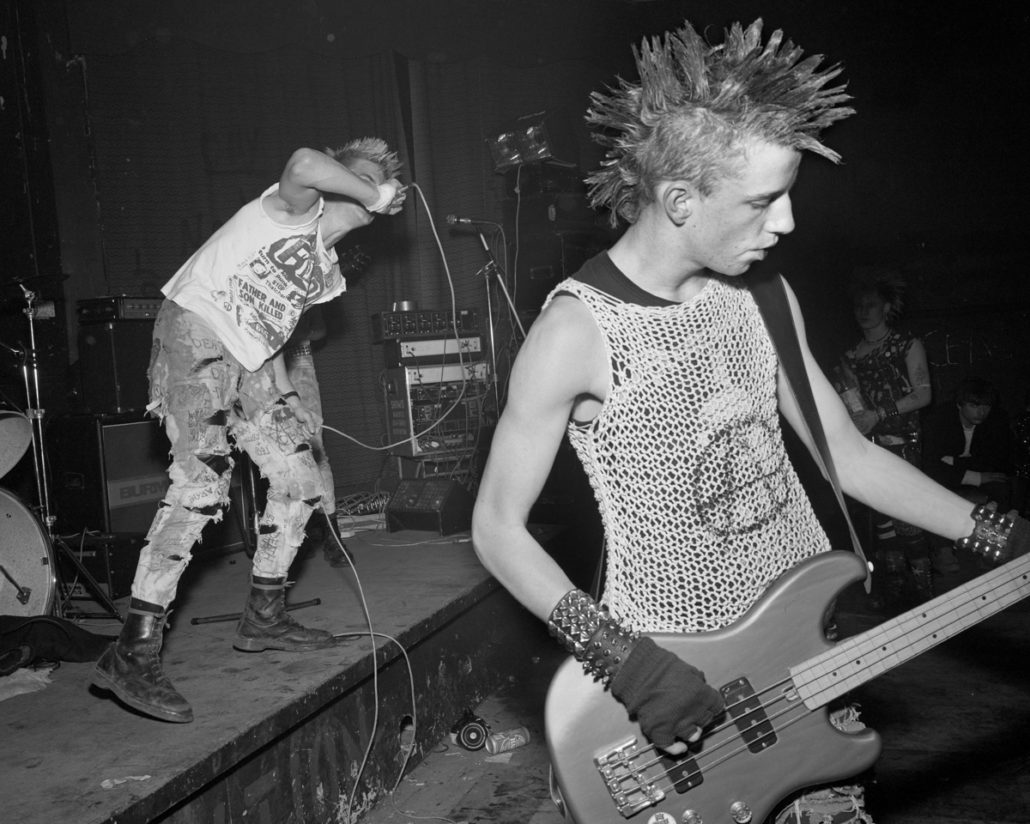 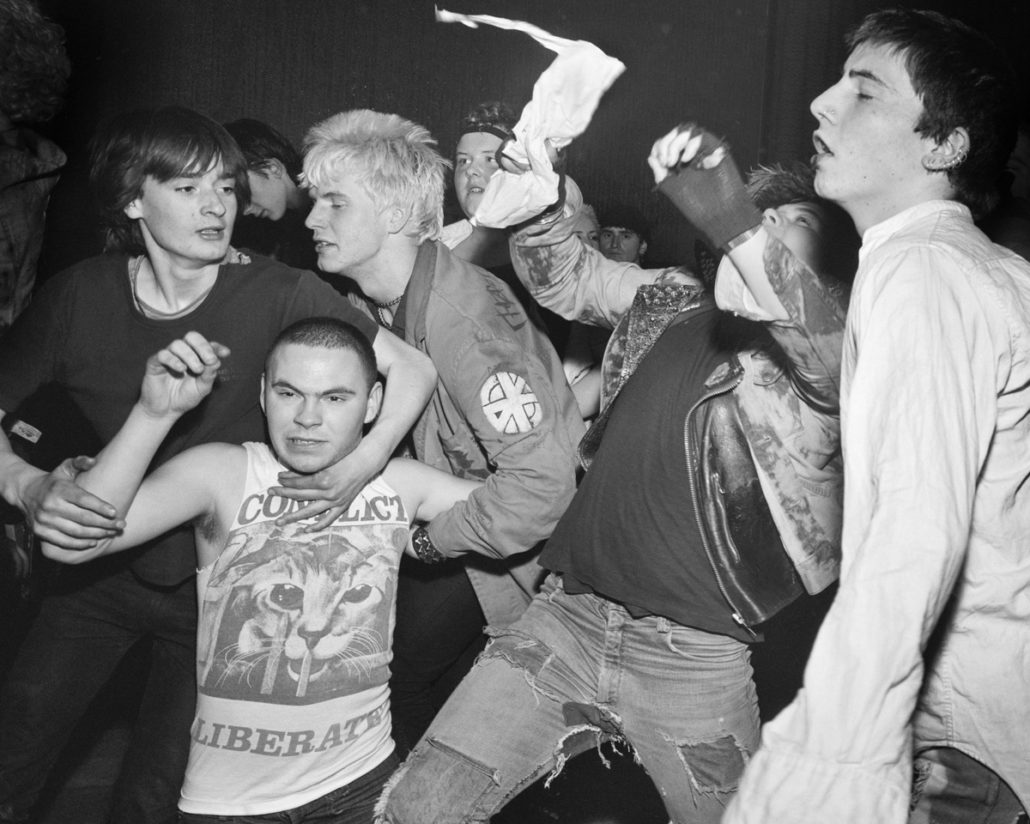 Chris Killip is not a punk photographer, or a music photographer, or a youth culture photographer. He is a revered lensman who for decades documented the harshness of the English life in his stark black and white style. In 1985, Killip decided to “unsuccessfully” turn his lens onto nightlife in New Castle, when someone told him about a punk club the Station in nearby Gateshead. For half a year he dutifully turned up, wearing a suit and his large format camera around his neck, to photograph the scene so alien to him, as bands like Blasphemy, Degenerates, and Sadistic Slobs reigned mayhem from stage. But Killip was more fascinated by the audience and he increasingly turned his camera on them.

Killip all but forgot about these photos as punk was certainly not at the center of his oeuvre. It fell on his son, Matthew, who found the photos while going through his father’s archives in 2016, to convince him that they merited publication. The result is the new book The Station, published by Steidl.

At 200 pages the cloth-bound hardcover book is rather thin, but it makes up for its slimness in its large (11.5 x 15 inch), zine-like format. Inside resides perhaps one of the best depictions of a micro zone of English punk as it was happening outside of London.

The large format photos are priceless in themselves as they allow you to take a deep look at how the English working class kids vented their frustration at the world around them. Since it gained popularity, punk has been bastardized, popified, scrubbed clean, and put into museums. Its sartorial trappings in particular have been long hijacked and stripped of their signifiers to make meaningless carcasses for pop culture. Killip’s book takes you back to the rawness of punk’s sartorial expression, its improvisational, DIY origins. It answers the question, how did the kids who went to punk concerts really look?

And, yes, you will find your share of mohawks and safety pins there, as well as studded perfecto jackets and an occasional Public Image Limited t-shirt. But you will also see skinheads in jeans with suspenders and bomber jackets, and regular blue collar kids in their regular clothes, the button-up shirts, cardigans, and woolen coats. The Station, like punk itself, was welcoming to all who wanted in. One of the most poignant images in the book is of a kid wearing a “Coal Not Dole” sticker on his sleeveless leather jacket, a stark reminder how much punk has channeled the English working class’s hatred of Thatcherism.

Punk never had much hope in it, perhaps none. In retrospect it seems inevitable that punk eventually died and its carrion picked apart by vapid pop culture image makers. Perhaps it lives on in some fringe clubs still, in some hearts for sure. But this book is a great reminder and a record of what once was.

Chris Killip, The Station – Steidl, $80, out now. All images courtesy of the publisher. The accompanying exhibition at the Martin Parr Foundation in Bristol, UK, has been postponed due to covid-19. 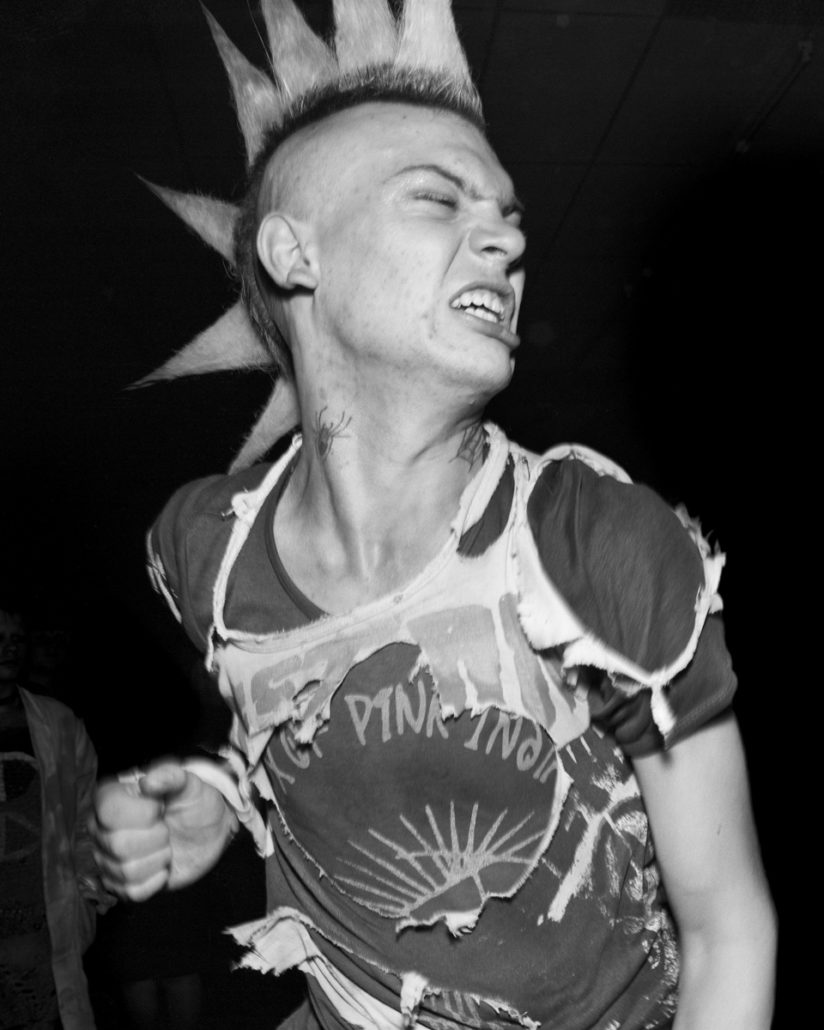 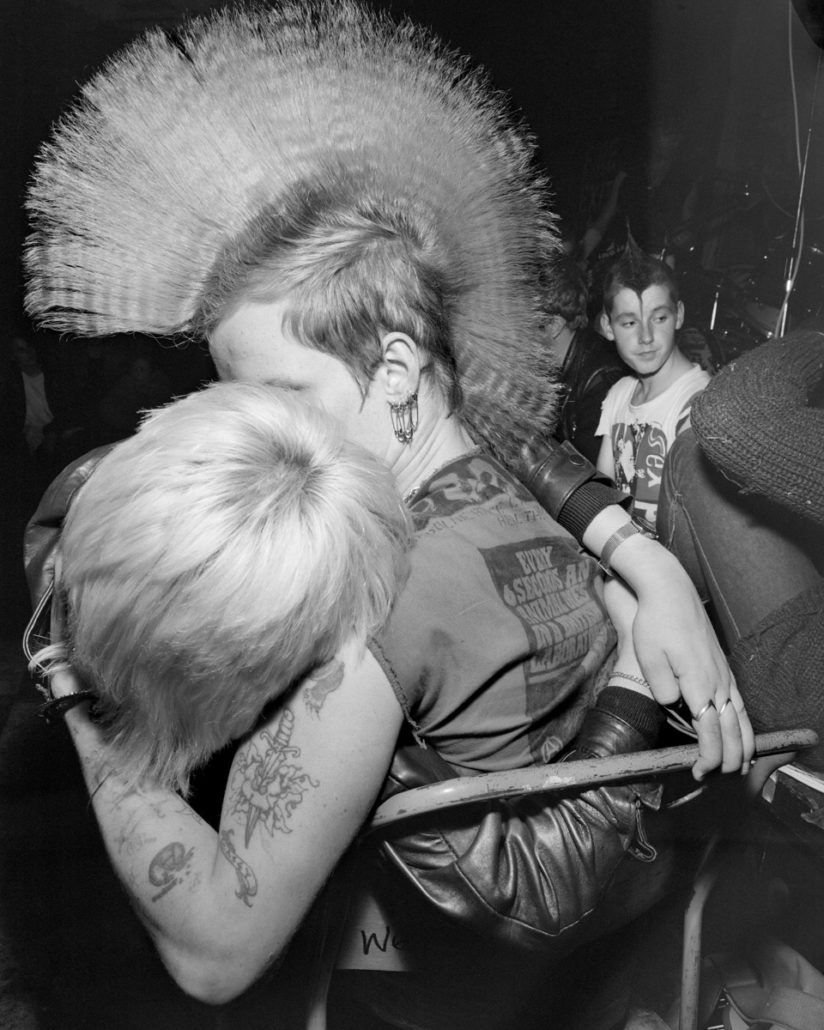