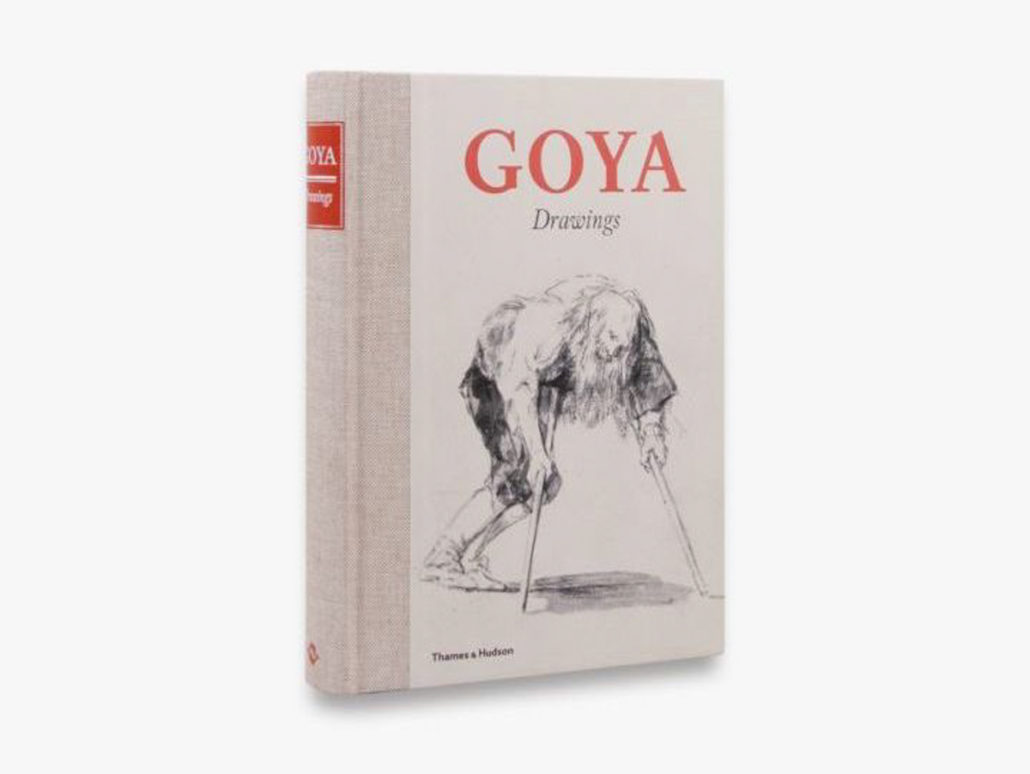 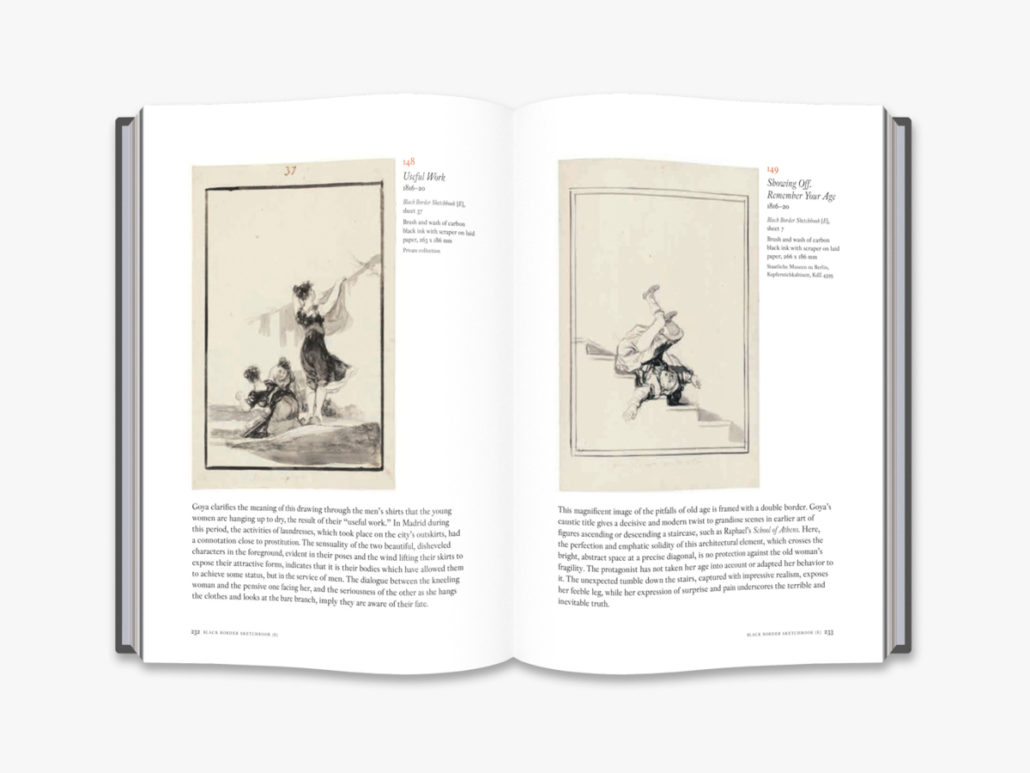 It seems that in the current state of the world, books based on the many cancelled exhibitions take on a new importance, providing a glimpse into what sadly many of us are missing out on due to museum closures. The definitive exhibition of Goya’s drawings in Madrid’s Prado, having closed at the end of February, may have escaped that fate, or it may have unwittingly exacerbated the spread of coronavirus in the hard-hit Spain. In any case, if you could not attend the exhibit, you can experience the accompanied catalog, out now.

Goya was no stranger to calamity and general human vileness, and perhaps revisiting his drawings is a timely lesson in folly. His drawings of the horrors of Napoleonic war of early 19th Century are particularly poignant. The small format book looks more like a hardback volume of fiction rather than a coffee table slab, and it’s a perfect format the Spanish master’s drawings, which themselves are small. The book contains over 250 images, the most comprehensive collection published to date. It shows Goya not only as a masterful artist, but as an unflinching witness to human suffering. There is an intimacy in drawing that is alluring in almost the opposite way from the allure of a large painting, and Goya’s are rich with arresting detail.

His drawings, often done in chalk and ink, or both, are taut with tension. As if afraid that they could not sufficiently relate the painter’s outrage at the injustices of the world he witnessed, some carry empathic inscriptions. A chalk drawing of a beggar woman with two small children reads, “What Idiocy to Decide Their Destinies in Infancy!” Another one, of naked bodies being thrown into a grave, reads simply, “Charity.”

Besides his routine depiction of war and violence, that often done against women, Goya was also fascinated with dreams. The book, naturally, includes probably his most well-known drawing, The Sleep of Reason Produces Monsters, in which large bats descend onto a figure of a sleeping man. I have seen this drawing in a couple of exhibitions, but this time, given the world we live in, I could not help but see it i a new, allegorical light. For it is the sleep of reason that has unleashed monsters like Trump on this world.

Goya: Drawings – Thames & Hudson, $35, out now. All images courtesy of the publisher. 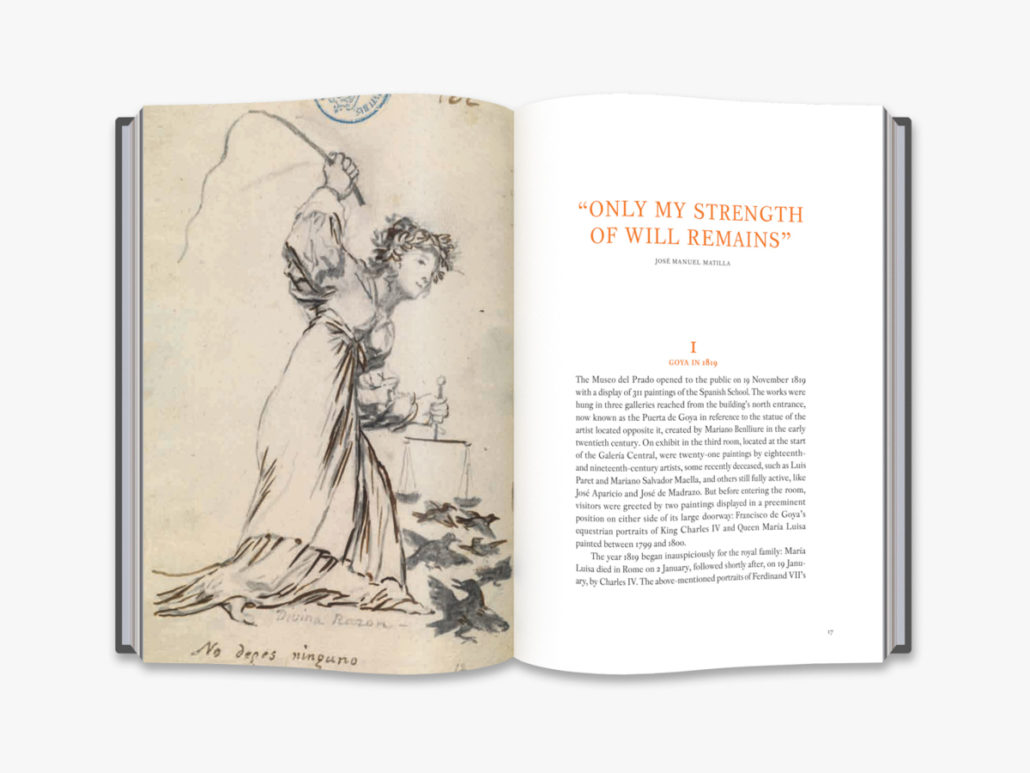 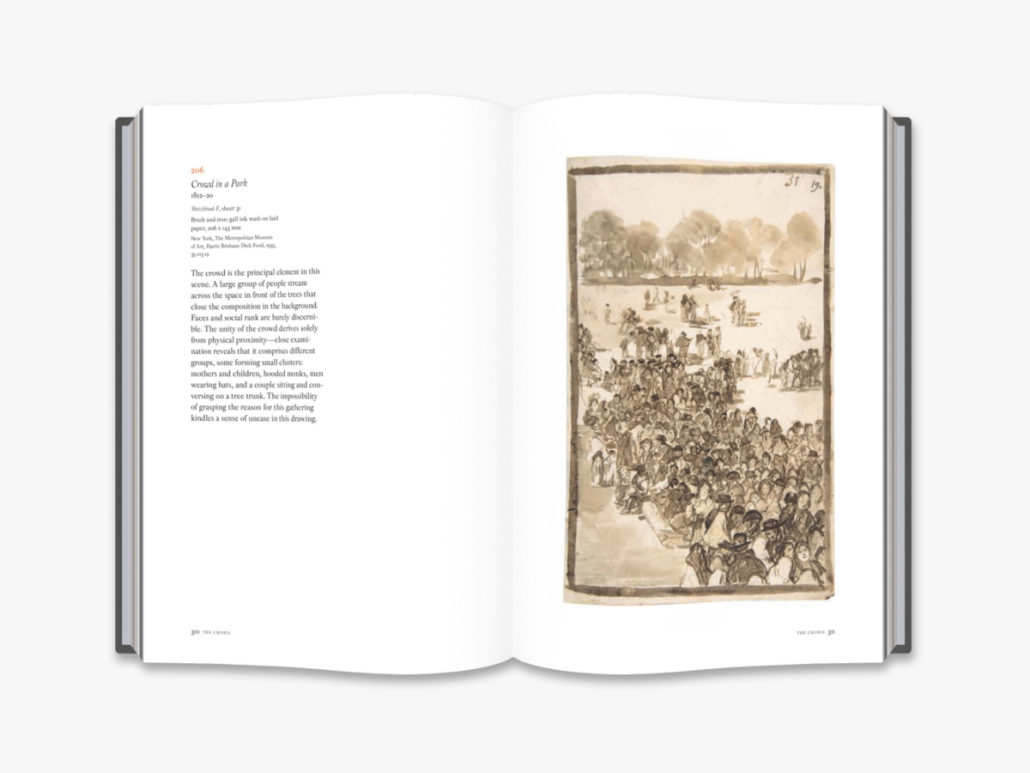