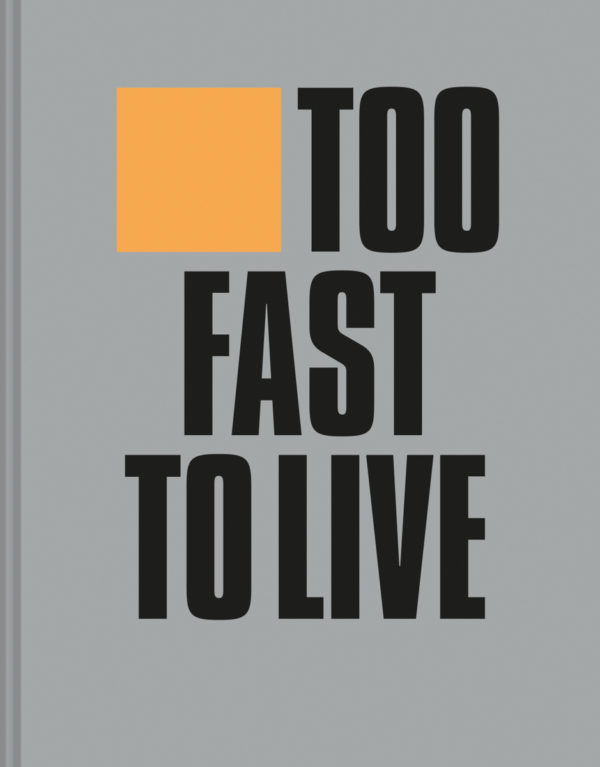 There is something peculiar about the fact that punk refuses to die even in the current pop culture landscape that has been thoroughly taken over by vapid commercial music that celebrates everything punk abhorred – acquisitiveness, selling out, and basically the very forces of capitalism that nevertheless allowed punk to thrive by putting it onto mainstream radio airwaves and major record labels. The strained symbiosis of rebellious music and the necessity of its existence within the capitalist structure has always been uneasy, but no one to my knowledge has yet thought up of an alternative. The most optimistic view that can be assumed about punk is that it was using the very system it detested to spread its message. Maybe. Maybe not. Last I heard Iggy Pop is having a swell time cruising in his white Rolls-Royce around Miami Beach.

If punk music is largely forgotten except in the minds of those of us old enough to still experience its influence, its iconography has certainly outlived it (the same can be said of heavy metal and goth). Weirdly enough it has travelled from vomit-stained bathrooms of punk clubs and into design museums and art books. One such book, Too Fast to Live, Too Young to Die: Punk and Post-Punk Graphic Design has recently been published by Pavilion in the UK and the US. It comprises an impressive collection of punk and post-punk graphics – concert posters, record sleeves, zines, etc. – of Andrew Krivine.

Krivine, who grew up in a suburb north of New York City, discovered the world of punk in 1977 while staying with his cousin John, the founder of influential London punk gear stores Acme Attractions and BOY. It was the year Sex Pistols released Anarchy in the UK that took punk to a new level. But it was the self-titled first album from The Clash that led to Krivine’s obsession with punk and its iconography. As he hung around his cousin’s shop, that was a ten-minute walk from Vivienne Westwood’s and Malcolm McLaren’s boutique Seditionaries, he sucked in punk’s visual language. Krivine began collecting punk graphic materials that were as aggressive as its music. Over the decades Krivine, who now lives in New York, amassed an impressive treasure trove that has now been exhibited in several museums in North America. The 352-page book is filled to the brim with iconography that begins with the Velvet Underground in the ‘60s and ends with the Smiths in the ‘80s. In between there is everyone who’s anyone of punk, The Clash, The Damned, Sex Pistols, the Jam, and so on and the three epicenters of punk – London, New York, and Los Angeles are well-represented. For post-punk you’ll get a nice section on Joy Division, New Order, the Smiths, and even some Ultravox graphics – a.k.a. “what Peter Saville did.” The book is peppered with texts from Krivine and others that allow for a deeper dive into punk’s iconography that proudly wallowed in the dirt; our sterile times could use a little bit of that.

Too Fast to Live, Too Young to Die: Punk and Post-Punk Graphic Design (Pavilion Books, $39.95)

All images courtesy of the publisher.
© Too Fast to Live, Too Young to Die by Andrew Krivine, Pavilion, 2020. 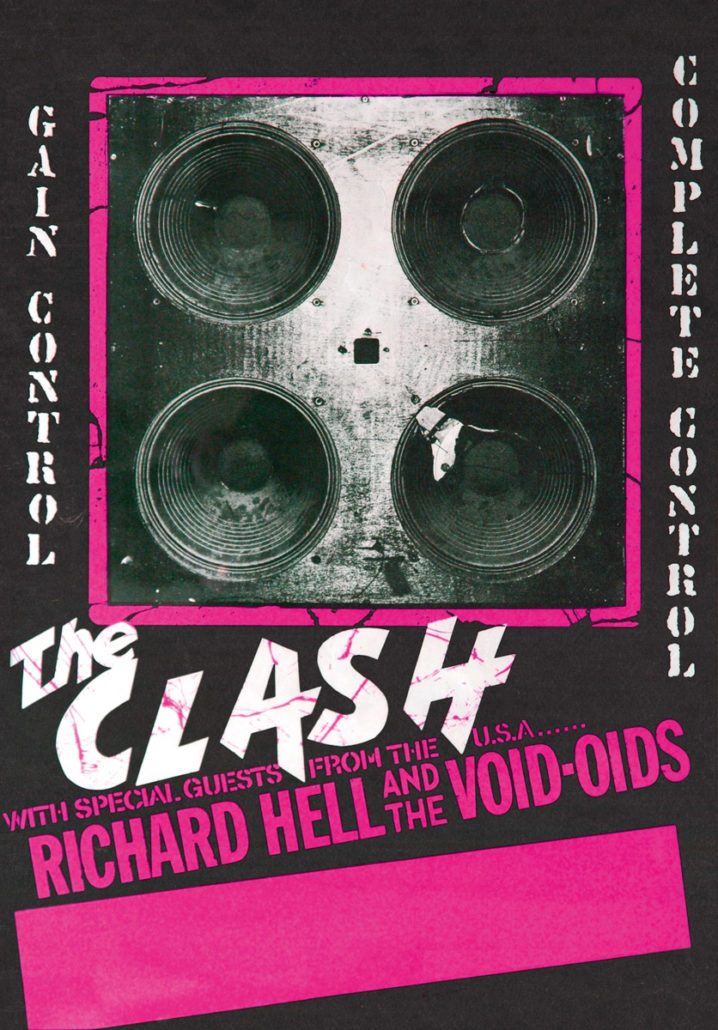 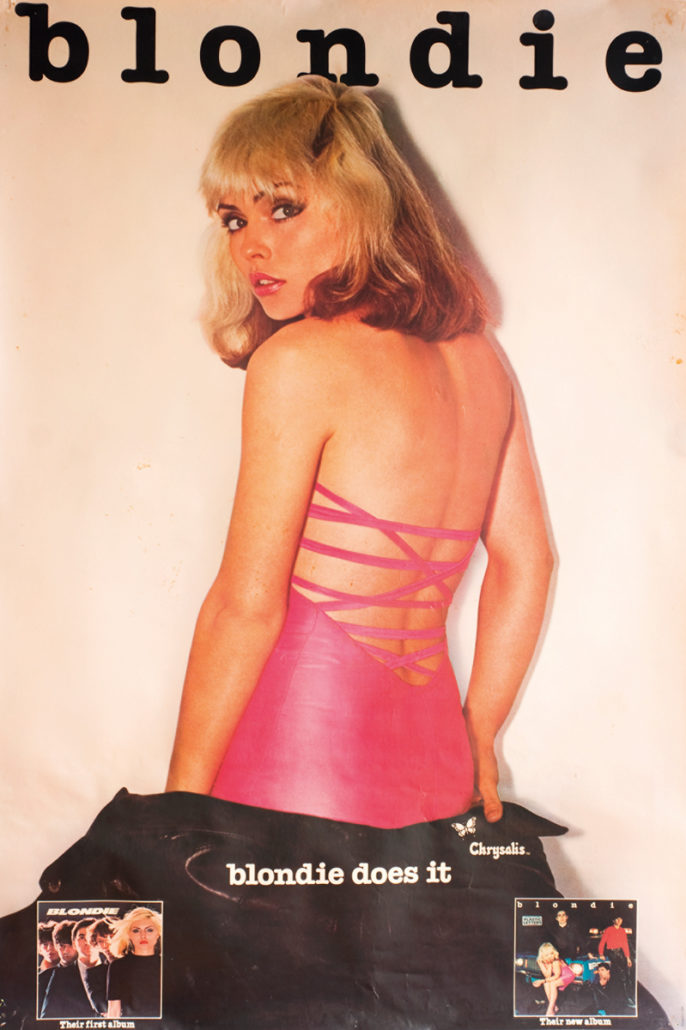 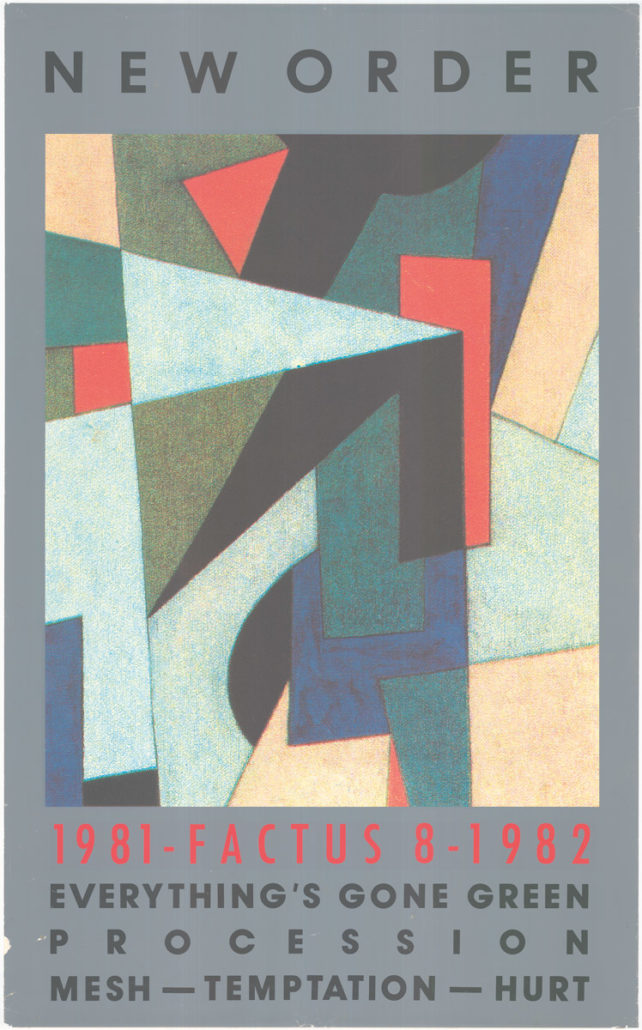 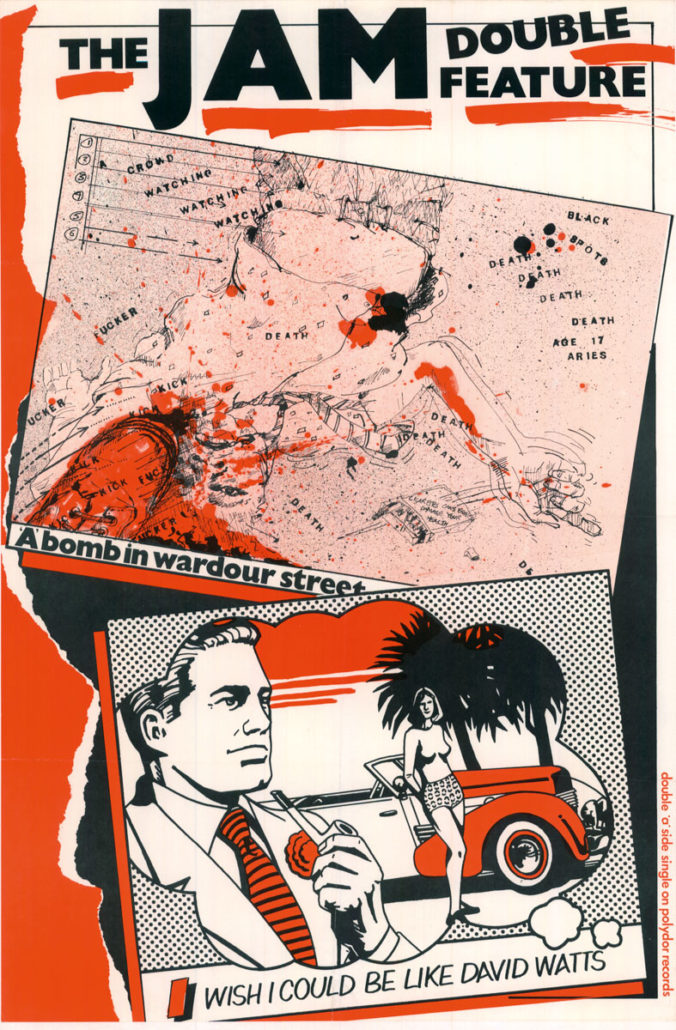