The Work of a Critic in the Age of Digital Reproduction 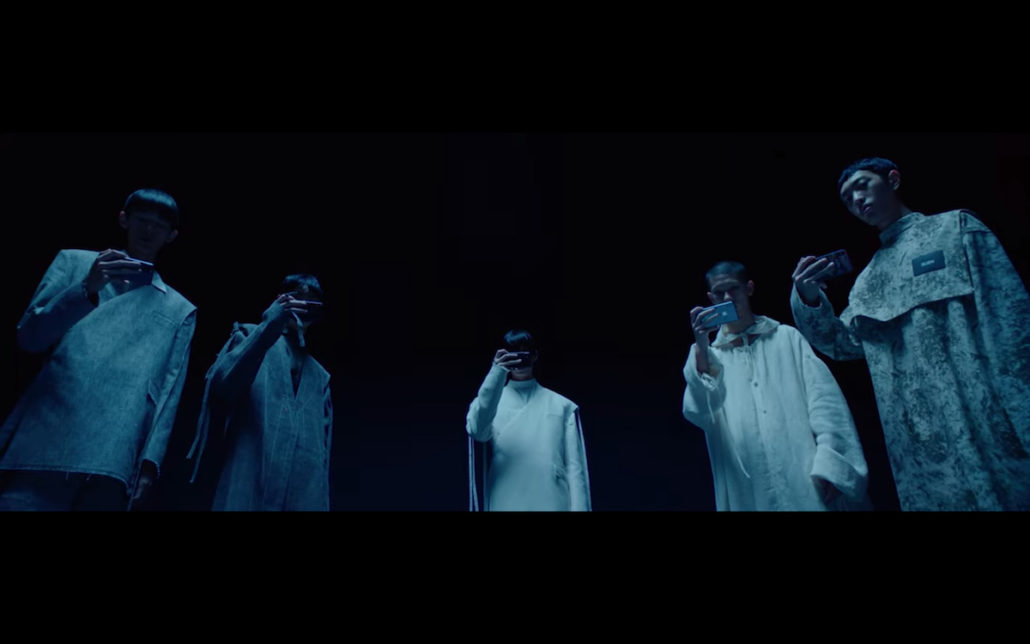 Normally this time of year I would be boiling in the airconditionless Parisian metro, or zipping on a rented electric bike from show to show, sitting in stifling rooms, and not getting enough sleep to do one thing – review menswear shows. Instead, I watched the digital menswear presentations from Paris Fashion Week from the comfort of my bedroom in New York. With each video I watched, the same questions kept popping into my head. What exactly am I supposed to review? Should I write anything at all, given the fact that I was looking at exactly the same information as millions of others, professionals and laymen? I found myself questioning the value of my work without the milieu in which to work in.

In his essay “The Work of Art in the Age of Mechanical Reproduction,” published 85 years ago, the German philosopher Walter Benjamin asked a very legitimate question – what value does an artwork retain in the age where it can be reproduced ad infinitum? His task was to protect art by establishing its uniqueness when reproduction aimed at doing away with it. Benjamin posited that every artwork, such as a painting or a sculpture, has an aura – that ineffable something that you can sense only in the art work itself and that is lost when mechanically replicated.

It can also be said that every critic has an aura. What I mean by that is that  each critic is unique in his or her view, and no matter how much we try, criticism cannot be objective. It stems from a human being, and is inevitably tinted by subjectivity. The best one can hope for in a critic is that his intelligence, education, and experience run deep and thus make his reviews worthwhile. This is why people read critics – to compare their own opinions with those writers they hold in high regard. And this is exactly why subjectivity is not only welcome – contrary to the popular belief – but also necessary. Without subjectivity, everyone would be writing the same review. A critic does not require his or her audience to agree with them. A show review is an invitation to discussion, not a decree handed down from above.

What makes a professional show reviewer further qualified to give his or her opinion is access. When I am watching a live show in Paris, my sensory receptors are processing information differently from when I am looking at pictures or a video feed on my computer. A camera can treat you to an angle or two, but I am seeing the entire outfit in motion from all possible angles. I can see how the silhouette flows. I can see real colors, unmediated by the color settings of my monitor. I can take in the show’s space, the level of music, all the elements that make up the aura of the show, because a show is also a unique, unrepeatable event. The result is that I can process what is truly meant by the term “collection” – that is an assortment of garments that put together become something more than merely their sum. Last, but not least, if I am friendly with the PR, I can go backstage and ask the designer questions about the show and the collection.

None of this I, or any other show reviewer, could do this time. The spectacle of the show, the communal feeling you share with other show attendees, was gone. Instead we were treated to a slew of digital presentations that made very clear not only what was absent but also what was present – the conformation that shows are an integral part of fashion. Perhaps we needed this forced break to realize what we will lose if we succumb to the chorus of uninformed voices that clamor for fashion to do away with live shows in the name of so-called democratization.

As I have written before, democratization of fashion has become a catch-all phrase that often excuses lowering of the standards across the board – whether it’s quality of production or quality of reproduction. Designer fashion is elitist by its nature, but its elitism is based on meritocracy, on the quality of the garment, quality of design, and ultimately the quality of thought that goes into design. The latter is really what any critic worth his chops will try to get at. This time we were denied the ability to judge all three. The video presentations seemed rather pointless and often had little to do with the clothes. Louis Vuitton treated us to a silly cartoon, while Mike Amiri took us on a tour of his native Los Angeles that felt as maudlin as a Hollywood tear-jerker. The Chinese designer Sean Suen made a valiant attempt to invoke Friedrich Nietzsche, but let’s face it, a fashion video is not the right format for reflecting on the intricacies of the philosopher’s thought. What we were left with were the customary full frontal pictures. As if cognizant of the inadequacy of the images, Jun Takahashi of Undercover, presented each look in a 3D rendering. At least one could see the back, the all important part of the look that has long escaped the digital audience. But as I squinted to discern the details while spinning the digital models around, I realized that this could not replicate my customary post-show visit to the Undercover showroom, where I could enrich my review of the collection through the firsthand understanding of materials and construction methods.

In the end I decided not to write anything. It seems that I am not alone in this – fashion critics for many major publications remained silent as well. One can only hope that fashion, along with the rest of culture, gets back on track and produces something worth discussing and debating. After all, fashion without ideas is just a bunch of clothes.