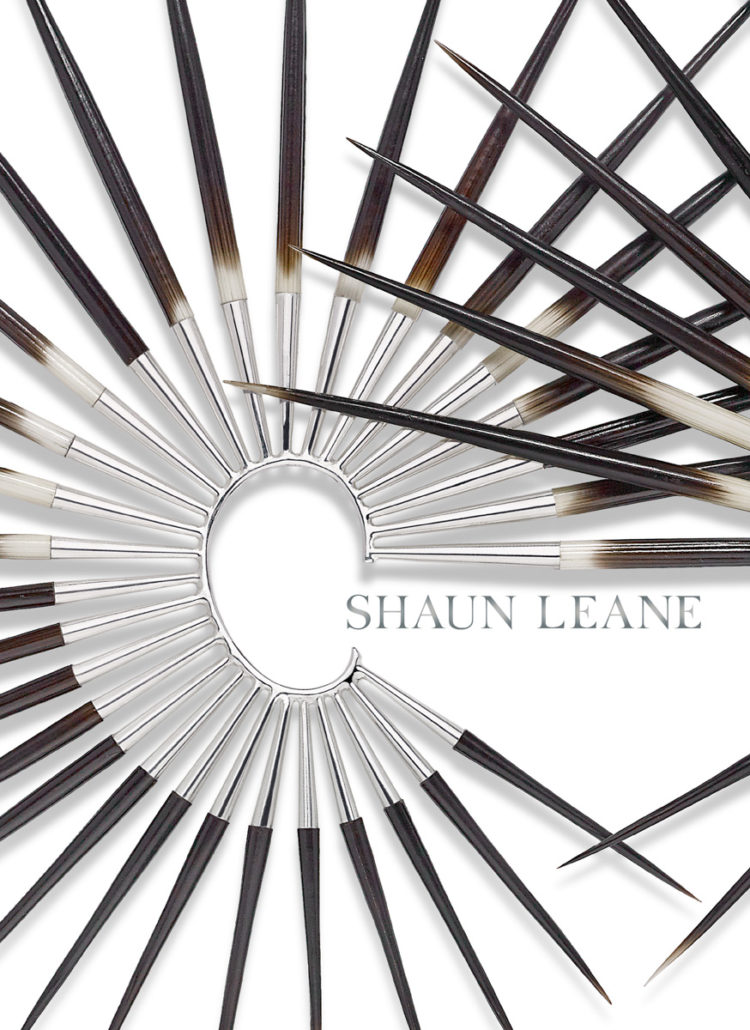 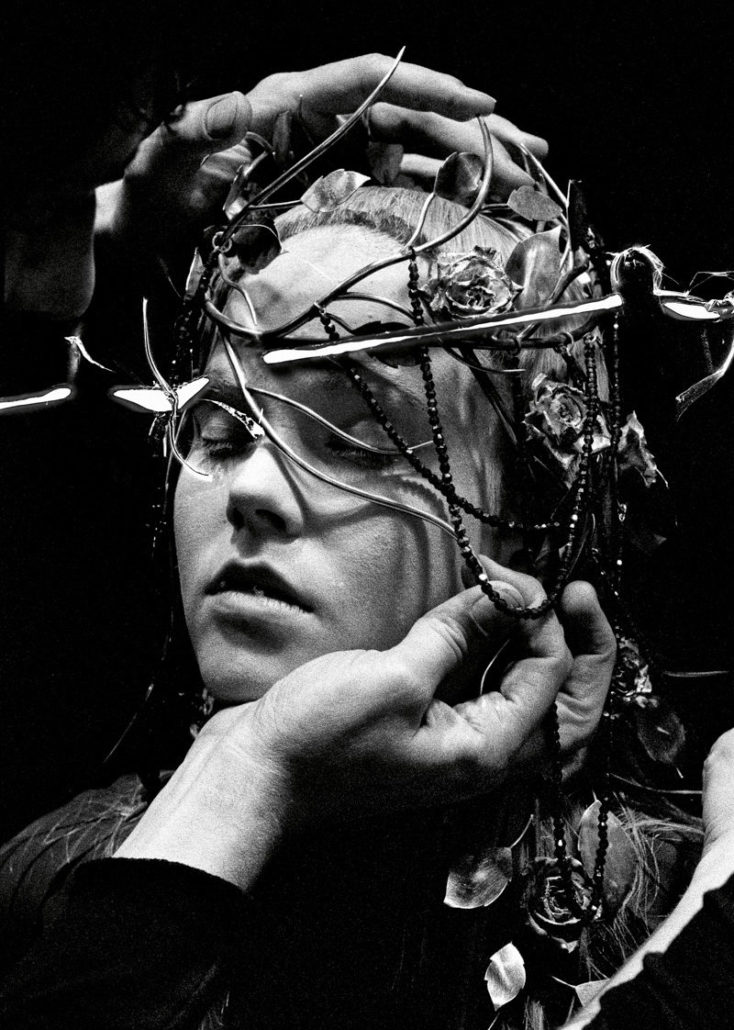 Looking over the body of work of the London jeweler Shaun Leane, may leave you with visions of bipolarity. There is the raw, edgy, menacing stuff he’s done during his long collaboration with his friend, the designer Alexander McQueen, and the pretty, flowery things that feel downright bourgeois. The two parts don’t quite compute, so, selfishly and unfairly, I choose to simply disregard part two, and concentrate on part one.

I went through the same experience flipping through the recently published monograph on Leane’s work. I readily admit that this may be unfair to Leane, who is a real master of his craft. Perhaps this is my idealist self that refuses to accept that a craftsman may need to sell the readily accessible stuff in order to do the amazing things. But even if you choose to disregard cute enameled flowers and diamonds and concentrate on silver spears or an aluminum spine that ends in a tail, the 288-page book is plentifully rewarding with backstage imagery from McQueen’s shows. The stuff Leane has done for McQueen is sometimes breathtaking in its menace and daring. It’s discomforting, which is a hallmark of great work.

In addition to the imagery, there are several essays in the book, of which the one by Claire Wilcox, the V&A curator of fashion, stands out for its comprehensive throwback view of Leane’s work and his collaboration with McQueen. She quotes Leane from another interview, “This was the powerful thing about working with Lee, because he never challenged you – instead he had a special way of making you challenge yourself.” When McQueen asked Leane to make that infamous exoskeleton for his S/S ’96 show, “Hunger”, Leane bucked, saying that it’s impossible for a goldsmith to make something that big. “Nothing is impossible,” answered McQueen. And that has been Leane’s guiding principle ever since, leading him to produce some of the most exciting things metal has been shaped into. 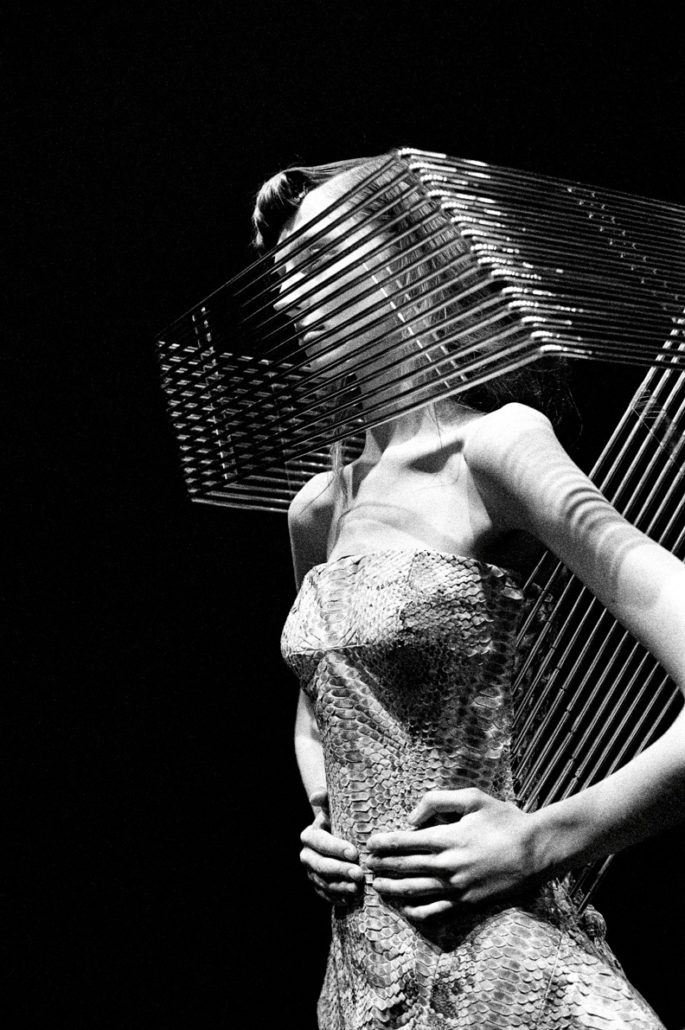 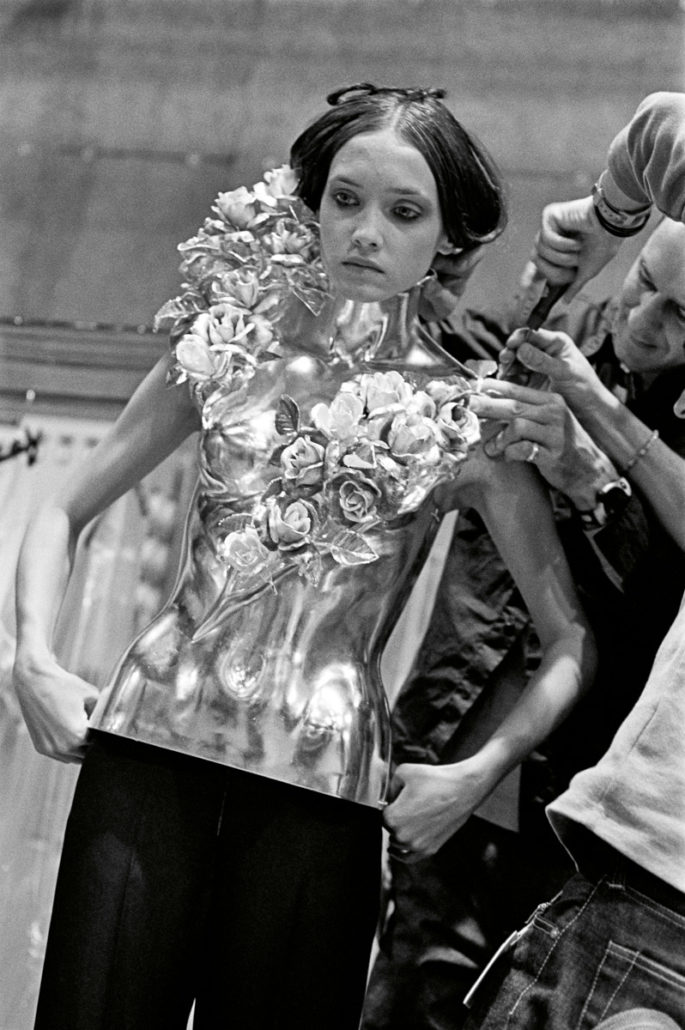