Julie Mehretu at the Whitney Museum

The Ethiopian-born artist Julie Mehretu is a member of the increasingly rare breed of a major contemporary artist, one who makes work both technically complex and visually compelling and conceptually relevant. In the sea of straight-to-abstraction art her work stands out for its intricacy that demands close observation and high attention span – assets that today are in rapid decline in the museum-going public (and pretty much everyone else).

The new retrospective of Mehretu’s work at the Whitney does the artist justice and then some. It features over sixty paintings, many of them large in scale and ambition, yet it manages to not veer into overkill territory that exhausts the viewer’s attention, a fault of some of the recent blockbuster exhibits that go for the-more-the-merrier approach that ends up doing disservice to the artist.

Of the sixty, the most compelling are Mehretu’s architectural explorations that are meditations on cities current and cities lost and on the political upheavals for which cities serve as stages. For example, the 2009 work, titled Berliner Platze, features superimposed buildings, some of which were lost to Allied bombing during World War II. Mehretu’s buildings look like technical architecture drawings, and layering them creates an eerie, uncomfortable effect that simultaneously peeks one’s curiosity in its puzzle-like appearance.

But perhaps the most impressive of the architectural canvases are the series of four paintings called Mogamma. named after the government building in Tahrir Square, in Cairo. As you can guess, the paintings deal with the Arab Spring and its aftermath. The squares of major cities have always served as political battlegrounds. Memories of events and political symbols are conjured up at the mere mentions of places like the Tiananmen Square or the Red Square. In Mogamma, Mehretu superimposed the architecture of these places and some others to weave architecture into a political tapestry. On top of these Mehretu added lines that resemble the scarred past of political events and gray daubs of paint that produce a storm cloud effect. The paintings lead the mind to thinking how the very concrete architecture of the cities interact with the very abstract notions of politics, and how human ideas that are manifested in stone interact with ideas that mostly reside in people’s heads.

I am always wary of claims that art can engender political change. The jury is more than out on that. But an artist’s right to engage in political themes cannot be denied. What makes Mehretu’s work stand out is that her examination of political themes goes hand in hand with the mastery of her art. Unlike the many sophomoric attempts at political art today that will be forgotten tomorrow, Mehretu’s work will endure exactly because of that.

Julie Mehretu at the Whitney Museum in New York, through August 8, 2021

All images courtesy of the museum. 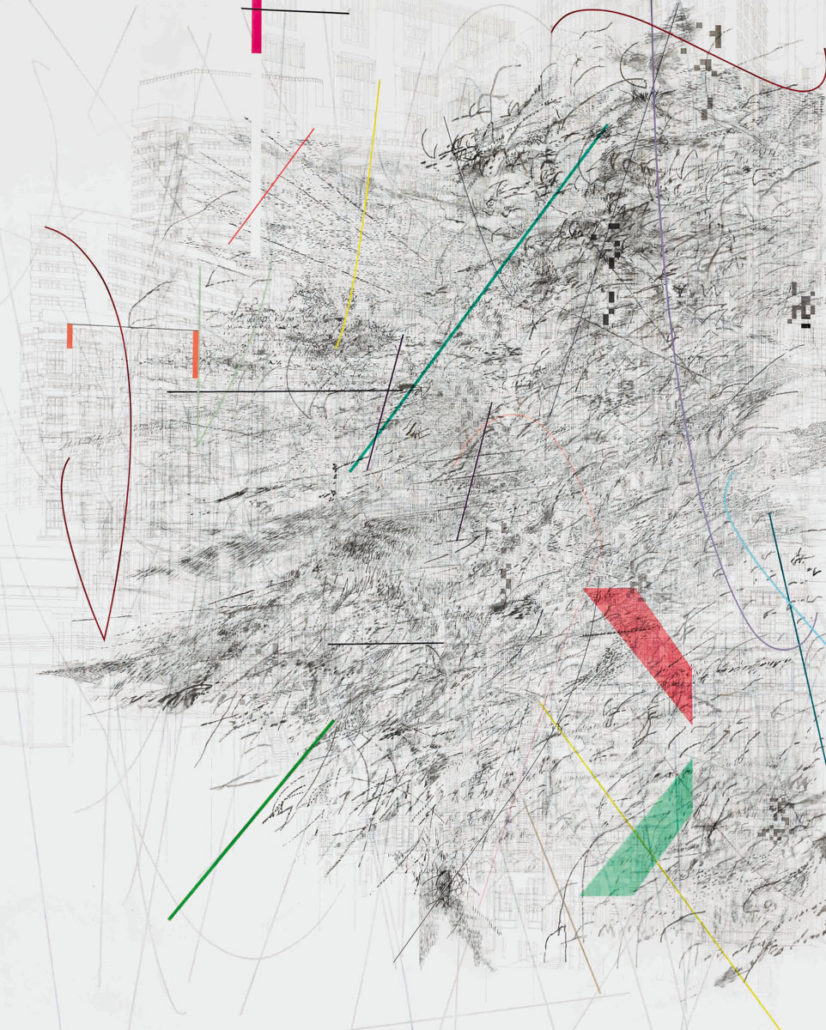 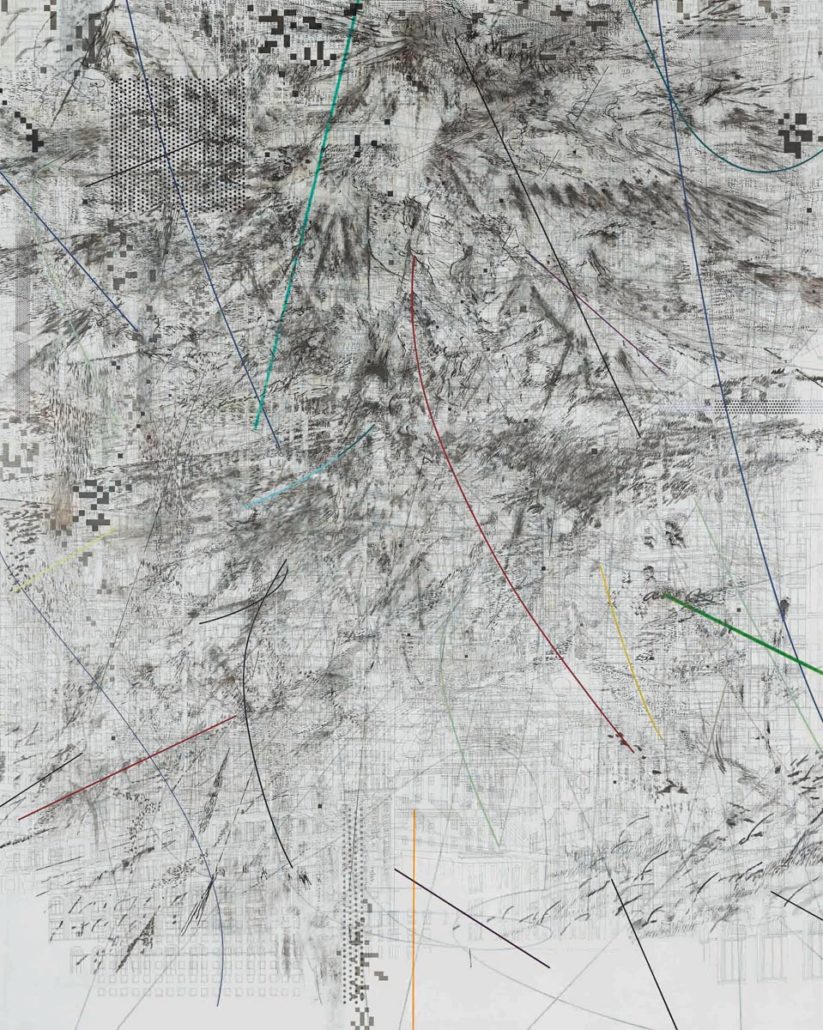 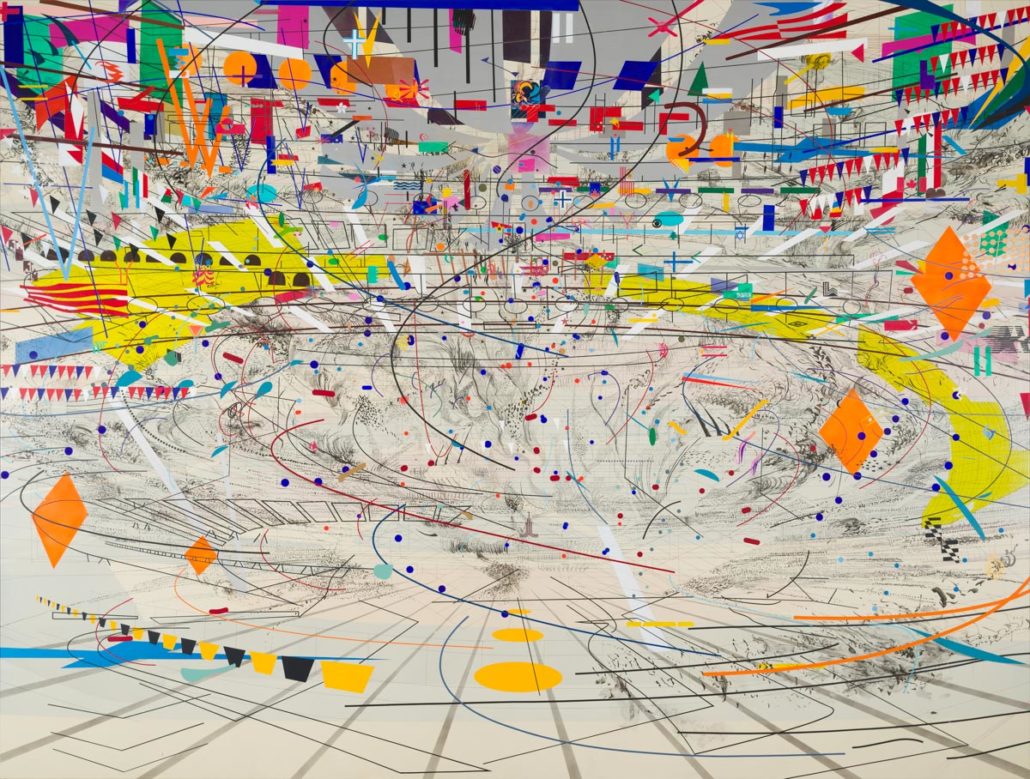 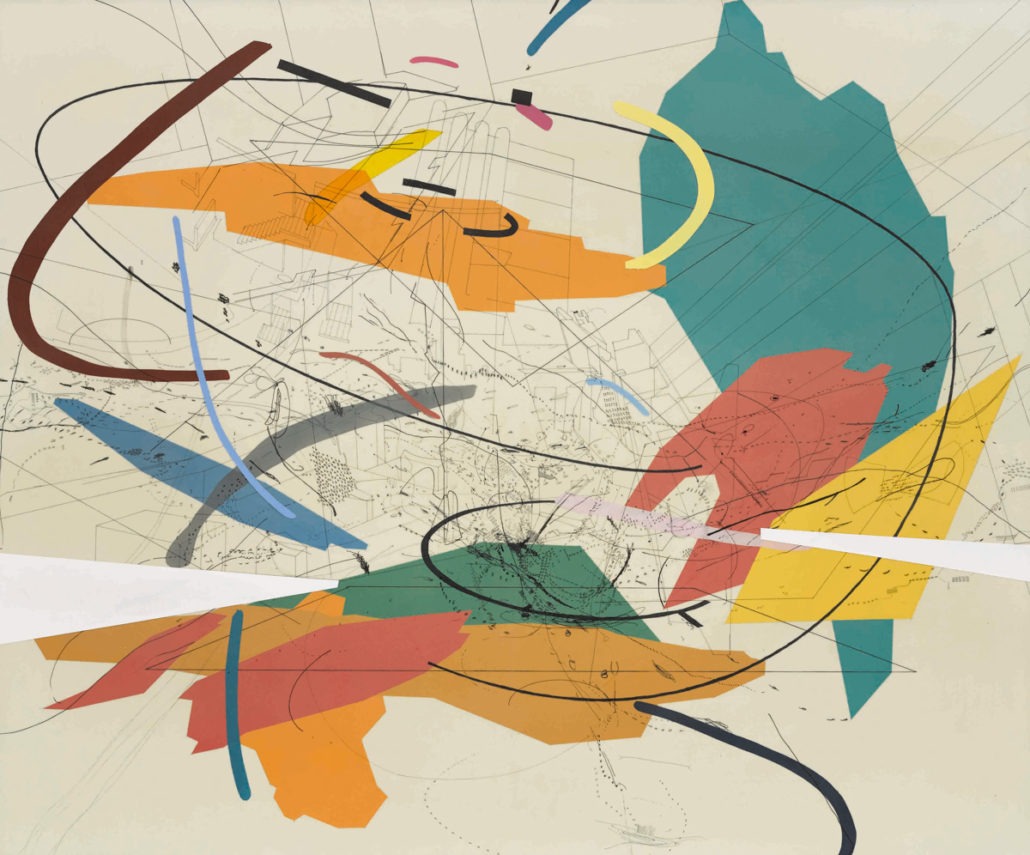