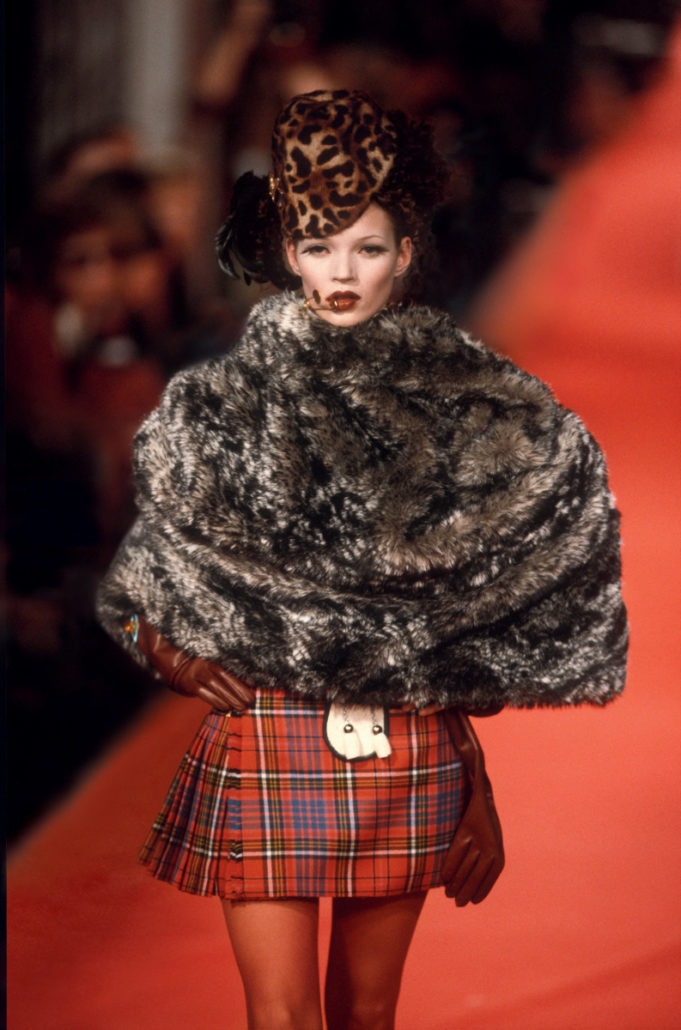 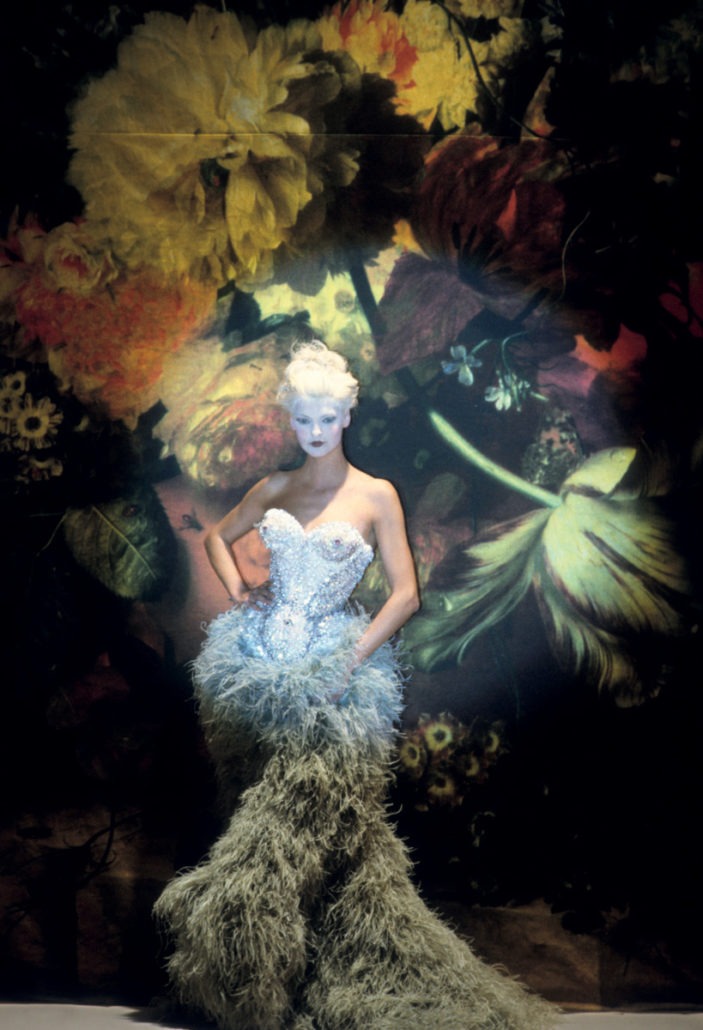 That Vivienne Westwood is one of the most influential designers that have shaped contemporary fashion is undeniable. As a matter of fact, one could argue that she launched the entire phenomenon of contemporary fashion – after all, it was she – and her partner, Malcolm McLaren, who put the dagger in the heart of the notion that runway fashion is a pursuit reserved for haute bourgeoise with their first runway collection shown in 1981. Hitherto, youth culture had no place in the realm of high fashion – at least not directly. But with “Pirates,” Westwood gave license not only to the DIY, punk spirit of youth culture of her time, but to those designers who followed in her steps – from Jean-Paul Gaultier and Jean de Castelbajac, to Ann Demeulemeester and Walter Van Beirendonck, to John Galliano and Alexander McQueen, to Raf Simons and Rick Owens, to Jun Takahashi and Takahiro Miyashita.

That collection and all of her subsequent ones have now been compiled into one door-stopping tome, Vivienne Westwood: Catwalk, with a glowing introduction by the critic Alexander Fury and short autobiographies by Westwood and her former student, and then husband and co-designer of the past thirty years, Andreas Kronthaler.

The intro to the book befits Fury’s formidable talent and expertise. It is thorough and informed, though some claims, such as that in the mid ‘80s “Westwood championed the disenfranchised,” may be debatable; I can’t imagine saying that anyone champions the disenfranchised by selling expensive clothes, nor that anyone who does so can engender political change. 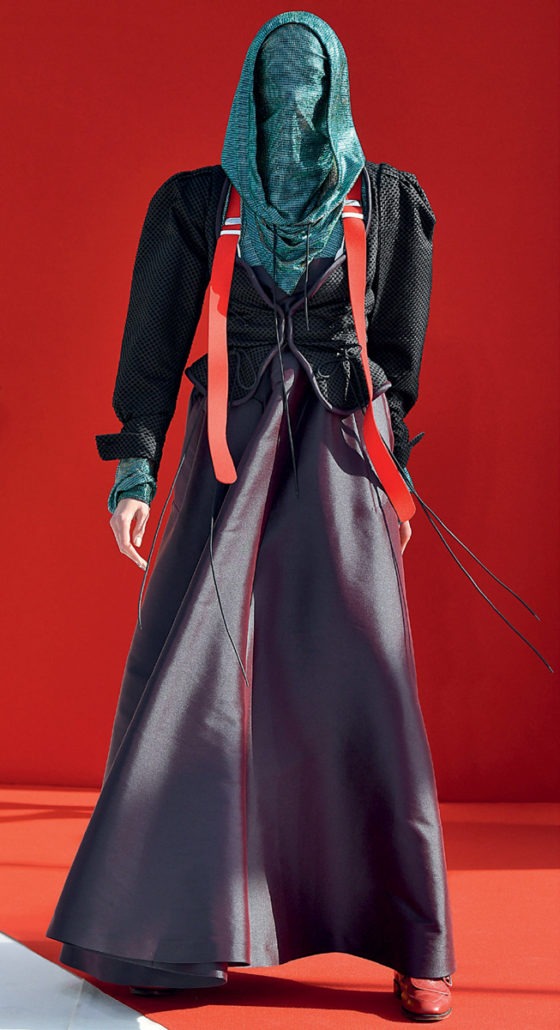 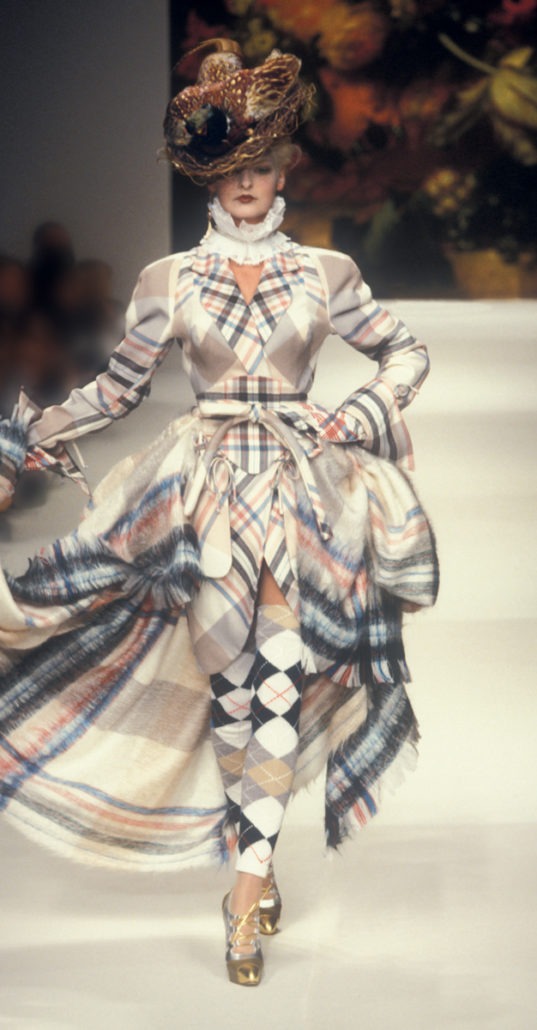 The slight nods to McLaren, who was indispensable to Westwood’s career, are there – a sign of integrity, since Westwood has done her damnest to erase McLaren’s creative contribution from the brand. This shows in some other claims, such as Westwood having the first fashion collaboration with an artist, Keith Haring, in 1983. It was McLaren who made it happen through his New York connections. The conical bra that Gaultier famously borrowed later also may have been his idea, at least as per the McLaren biography that came out last year.

Westwood’s own bio that accompanies the book is a forgettable series of vignettes. This is followed by a list of shows in chronological order, with photos and their descriptions (also penned by Fury). Here again, the text does it best to diminish McLaren’s contribution to early collections, though they were significant. This is especially telling in Westwood’s sharp pivot into historicism as soon as she and McLaren split. If one takes an uncharitable view, one could say that McLaren kept Westwood in the present, with new ideas that made the clothes very much about the culture around them. Even “Pirates” mined the past only ostensibly. Westwood’s turn to England and its past may have been part of the rupture with McLaren, who did not hold a particularly high opinion of his countrymen, but it looked much more literal. Even her new orb logo was swiped by Westwood from that of the Harris Tweed Authority, whose fabric Westwood used extensively in one of her first shows sans McLaren.

But these things don’t take away from Westwood’s talents or her achievements. Fury rightly notes that her ability to make clothes herself – unlike many designers that operate today – has been instrumental in her success, allowing her to experiment with cut and silhouette herself, without resorting to hired pattern makers. And even though she constantly references the past, she made the clothes distinctly her own, bending the patterns to her will and whimsy. 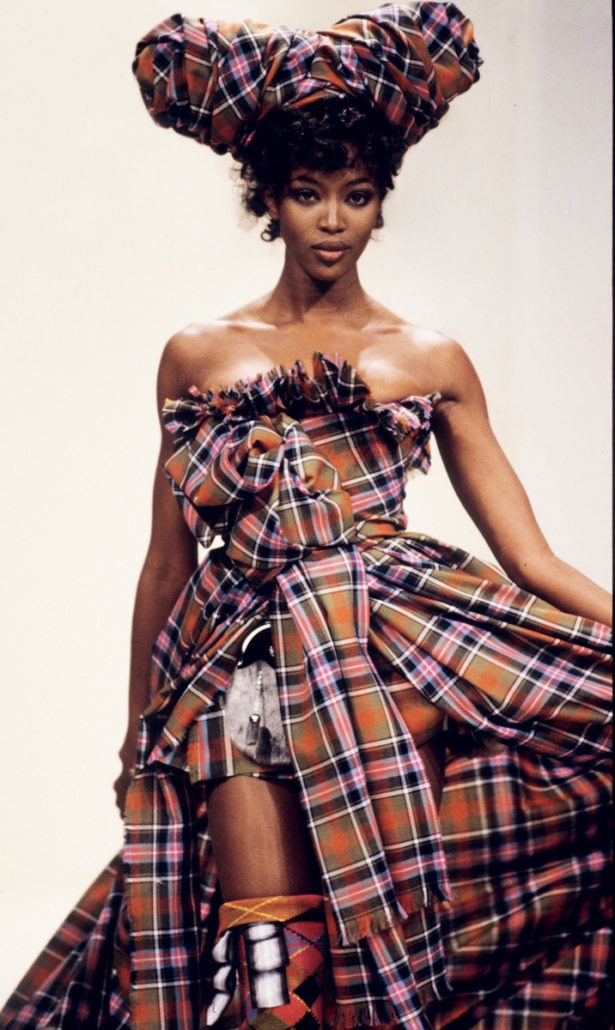 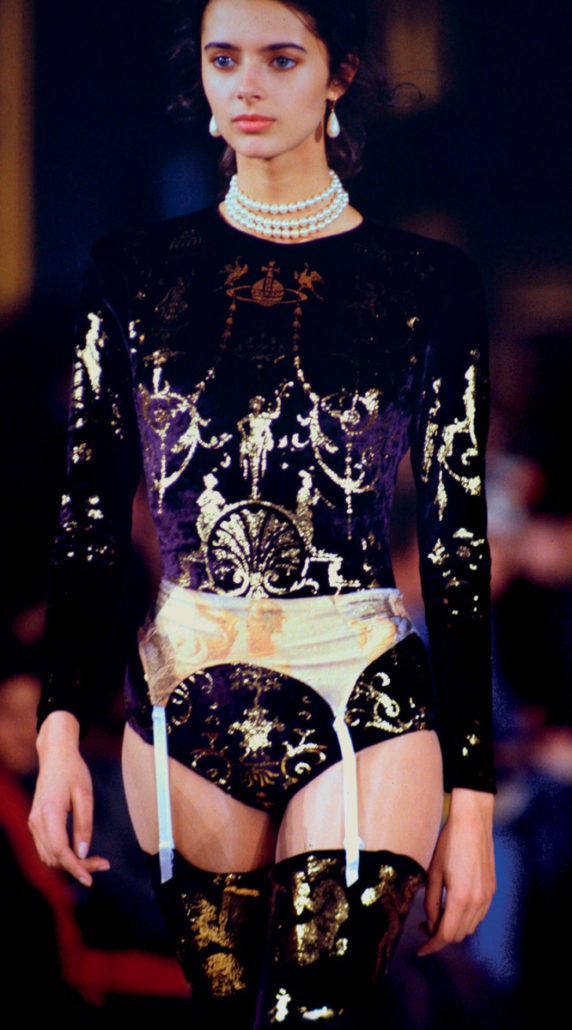 Still, as McLaren’s influence quickly faded, Westwood rediscovered her love for the upper classes with show titles like “Salon,” “Grand Hotel,” and “Cafe Society” – everything that punk detested and stood in opposition to. And though she played with historicism plenty – making it sexy and even naughty – by the early ‘90s her work became solipsistic, lacking the kind of zeitgeist-referencing ability that the young English geniuses – Alexander McQueen and John Galliano – displayed, allowing them to make historical references uniquely their own. And that is probably my main gripe with the punk who turned into the Grand Dame. At the end of the day, the best fashion is one that captures the spirit of the time. Looking back is all fun and good, but it provides no commentary on the present culture, and it certainly does not make it. Perhaps that is why by the year 2000 Westwood’s relevance faded – she went from reflecting, nay defining culture, to someone who wrote herself out of it by playing in a sandbox of historicism and self-reference.

After 2000, Westwood mercifully pivoted away from brocades and tartans and tweeds, her clothes becoming more monochromatic, while the silhouette still bore traces of historicism, which quietly produced some of her most interesting designs. In the mid-2000s, having nothing to prove, perhaps, she rediscovered her zeal for activism, first for political and later for climate change; though I’m afraid that her slogan-slinging persona has by then eclipsed her fashions.

Nevertheless, Westwood’s influence on fashion is undeniable, and the 600-odd-page tome makes for a fantastic historical document.

P.S. A side note on a side note – one of the unintended pleasures of a book that goes back some decades is seeing how the models have changed, mostly from being characters to being blank mannequins on which to hang clothes.