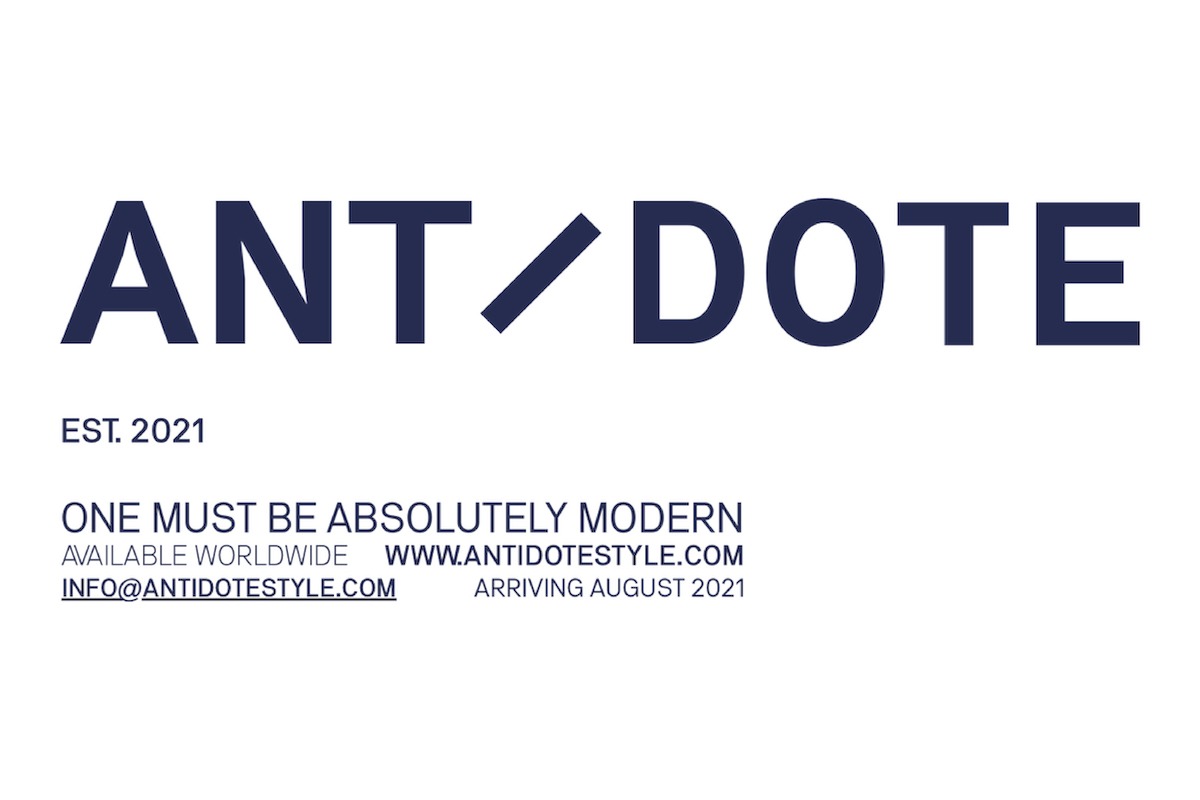 Eugene here. I am opening a store in Atlanta with my good friend Lauren Amos. We called it ANT/DOTE. I can finally reveal my new role as the store’s Director. It’s a new and very important chapter in my life and my career, one that’s been in the making for years. I wrote about the store below, but I wanted to add a personal note to say how incredibly exciting and interesting it has been to work on this project. I think that deep down every critic, as a tastemaker – and let’s face it, criticism is in part tastemaking – fantasizes about opening a store. I know I have. In a way a store is another way of testing one’s position, one’s ability, prowess, determination, but also one’s limitations.

Meanwhile, StyleZeitgeist will continue in the same vein, unabashed and uncompromising. I want to stress, as always, that I would be nowhere without you, without our audience, without your passion and intelligence. I hope you come on this new ride with me. We are ANT/DOTE.

When Lauren Amos and I were conceiving ANT/DOTE, we spent many hours mulling over what we wanted it to be and what we wanted it to represent.  As fashion enthusiasts and professionals with decades of intense interest in fashion we have visited many stores all over the world and we have seen firsthand what worked and what didn’t. There were a couple of things that we noticed, independently of each other. In particular, we wondered why the most intricate, brilliant clothes we saw on the runways and in designers’ showrooms rarely, if ever, made it to stores. So, we decided to make a store that’s about fashion design first and foremost. We decided not to shy away from complicated, even difficult clothes. We wanted to move against the grain of increasingly commoditized fashion retail landscape. It’s not what we want to wear, and we decided that we will make a store for people like us. Hence, the name of the store – ANT/DOTE – and our first motto, “For fashion fans, by fashion fans.” We wanted a store where you are not made uncomfortable by the salespeople, one in which a fashion student can walk in and chew our ear off about how amazing Rei Kawakubo is. Because we were these kids, and we remember what it’s like to open that door behind which the most amazing clothes were kept, despite feeling terrified inside.

What else did we want? We wanted our store to be about excellence, about newness, about quality in everything, from the shop’s interior to the service, to the music we play, to, of course, the fashion we carry. We wanted a store that’s modern and culturally connected. And so, we appropriated the French poet Arthur Rimbaud’s famous adage, “One must be absolutely modern.” We also appropriated Helmut Lang’s iconic visual identity from the ‘90s, because we are of that era and because we felt no need to improve on a classic of a true fashion modernist.

And we wanted to put this store not in New York or Los Angeles but in Atlanta, Lauren’s hometown. I fell in love with the people of Atlanta the first time I visited the city for a public talk with Iris van Herpen. That’s where Lauren and I met and struck up a friendship. Atlanta is a city that punches way above its weight and one that’s fast becoming – nay, may have already become – the third cultural center of America.

One thing we were not enamored with was the shopping mall culture of the city. In the end, we decided to put ANT/DOTE into a stand-alone building in West Midtown, completely renovated by the architect Chris Benfield, who’s had a hand in designing many brilliant retail properties, in particular a slew of North American stores for Rick Owens. This building will be ready late fall, but for now we invite you to experience ANT/DOTE in our preview space at 453 Moreland Avenue NE. It’s a work of art in its own right, and will open on September 9th by appointment (not in order to make it intimidating, but in order to make in intimate), which you can make on our website from your profile or by calling us.

The next task for Lauren and I was to assemble our team, and here we went to the people we knew best and trusted most – people whose eye for quality and design is unparalleled. The first of these was Karlo Steel, the co-founder of the iconic New York boutique Atelier, who came onboard as our buyer and creative director. Patrick LaDuke, my tireless sidekick of many years, became our digital director. Our website was designed by Florian Schmitt and Rachel Hunt, who also designed everything for my magazine, StyleZeitgeist. Jake Walton, with whom Lauren has a longstanding relationship, became our store manager.

But enough about that – of course you want to know what we carry! Fashion for both women and men and anyone in between, bags and accessories, jewelry, sunglasses, fragrances, candles, and home goods. Because for us fashion is culturally connected to everything else, we will also bring in books and records at some point, too, once our main space is ready. Our goal was to create an aesthetic universe that we hope you partake in. To be more particular, when we say fashion, we mean the likes of Rick Owens, Dries Van Noten, Undercover and Craig Green, and some newer talents like Mugler’s creative director Casey Cadwallader, Marine Serre, and Y/Project. There will be plenty of firsts for Atlanta at ANT/DOTE – for the first time you will see the entire Comme des Garçons family under one roof here – including Junya Watanabe and Noir by Kei Ninomiya. We are also an exclusive North American stockist for one of my favorite Japanese brands – HYKE. There will be footwear by GUIDI and jewelry by Werkstatt:Munchen. For perfumery, we are the exclusive Atlanta door for Perfumer H from London and Mad et Len from France. There will also be an Aesop shop-in-shop at the main location, sunglasses from DITA, Kuboraum, and Rigards, and home furnishings from Rick Owens and Michael Verheyden. And much, much more that we can’t wait to show you.

Meanwhile, check out our website – we will be updating it constantly in the coming weeks with new product and content.