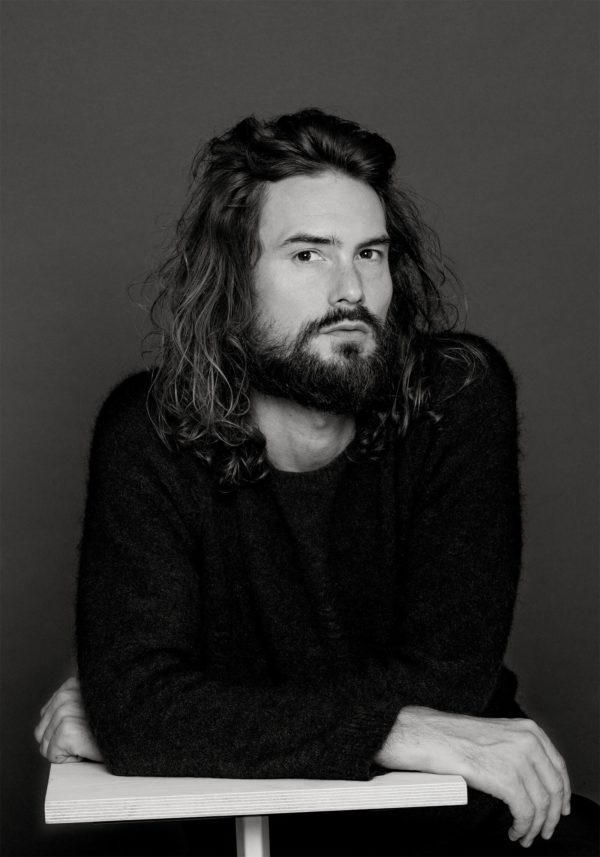 Recently Aesop released a trio of new perfumes called Othertopia, inspired by the relationship between the sea and the shore and the rich olfactory experience that comes with it. We caught up with Barnabé Fillion, Aesop’s artistic Nose in order to delve further into the process of creating these three new imaginative scents.

What was the impetus behind this new range of perfumes? How did the concept of the boat / shore / wasteland come about?

The Othertopias collection is about the study of interstitial space; it is an exploration of the boundaries between real and imagined. The fragrances are an homage to the philosophers and thinkers who have worked with the idea of spaces that are relative to realities, and have this capacity to make us travel and unlock reveries.

The intention of this collection is to disrupt the daily experience by changing the levels of the senses. We chose to explore this through three interstitial spaces: the boat, the shore and the wasteland – spaces that blur the boundaries between man and nature, space and time, and reality and reverie. What we hope is that these fragrances will transport the wearer to realms where they can explore and interrogate these relationships, discover a new field of perception, and feel freedom to be curious.

The first is Miraceti, which represents the boat. This rich image of being between lands, in the vast space of the ocean, surrounded by people but otherwise all alone, is an Othertopia. The layers of transportation around you on a boat was an important vision in the creative process.

Karst is a fragrance which celebrates the richness of the void – especially the quality and richness of the air between land and sea. The combination of ingredients delivers the wearer to the shoreline, and you can envisage the swell of the tide and seafoam around you.

For Erémia, our inspiration was the idea of an urban space where nature is reclaiming itself. We wanted to play with this juxtaposition of the city and the garden – the idea of a green space from which you can reflect on life in the metropolis. We thought about the botanical world of this space, and the silent but phenomenal force of nature resisting against the concrete.

Aesop has managed to create a very unique standing in the personal care / grooming industry. How do these perfumes fit in the world of Aesop?

Of all the fragrances I have ever created, these are by far some of the most sophisticated. There is a particular complexity in the formulations due to their intricate inspirations. Although, in connection with our wider fragrance portfolio, the detail of Aesop perception is still very important to this collection. For example, when we made Rōzu, this was not a traditional rose perfume, but it was about Aesop’s perception of a rose.

The approach with Othertopias is much more to build a recognisable landscape, and suddenly open the window to nature, to memory, to abstraction. The choice of superposition of spaces that this collection projects makes them need a more complex formulation—they offer something a little bit more experimental. We have used a number of CO2 extractions and unique ingredients that are very sophisticated in the fragrance world. 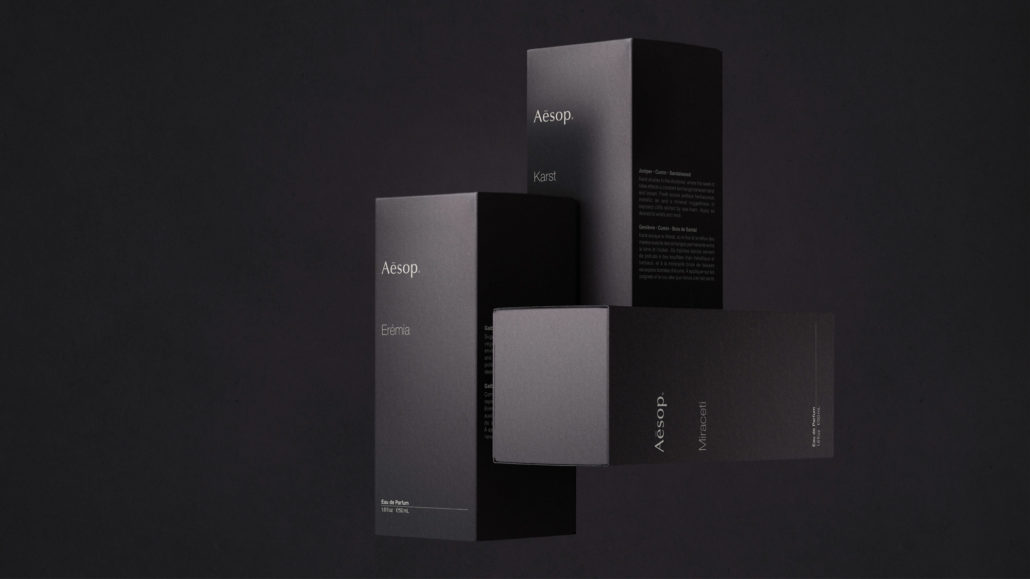 How do you approach creating a perfume? What is your method?

When I create a perfume, everything that I do is very visual. Scent evokes associations, creates images and patterns in the mind. I always start off with a blurry image which becomes more focused after time. For me, an important part of the creative process is to wear the fragrances that I am working with on different textiles as well as my own skin, so I can smell them at different times of the day and over and over again to understand the fragrance in different contexts.  With each movement a new ingredient comes to the surface, or you notice another layer of the complexity that continues to inspire and inform the procedure. It is a very circular process.

How do you solve the task of translating a concept into a scent?

Literature helps me visualize what I want to express in fragrance. Whenever you read a book or a poem, it creates an image in your head, a place that is not real, but feels very real. That is what “Othertopia” means.

The very idea for the collection was born when a philosopher friend of mine and I discussed the idea of interstitial space from different writers and philosophers, such as Frédéric Nietzsche, Gaston Bachelard and Herman Melville. The conversation then lead to the concept of perfume as an interstitial space in itself – how it can transport you from the physical to the abstract when you wear a fragrance on your skin. In a way, literature transports, as does perfume.

In relation to the idea of interstitial space, we wanted to interrogate the opposing forces of Man and Nature, so we experimented with ingredients that would evoke this relationship. There is an element of this in each of the Othertopias perfumes. Sometimes the Man is fully imminent, such as with Miraceti, where I used brandy extraction to allude to the drunk captain of the boat. This is a very special ingredient. Elsewhere, it is nature that is more obviously present, such as with Erémia. It opens with citrus notes, but is grounded by Iris and Patchouli to evoke abandoned cityscapes, where vegetation is free to consume the concrete world.

What do you think is missing from the world of perfumery today? Is that something you keep in consideration when creating new scents?

You could say that I don’t really think about what is missing, I am just constantly exploring and creating personal writing in correspondence with the universe, with the world of Aesop. I think it’s about setting the mind on exploration, and discovering new ways of doing things. I have the impression that in the perfume industry there is not enough risk and not enough exploration.